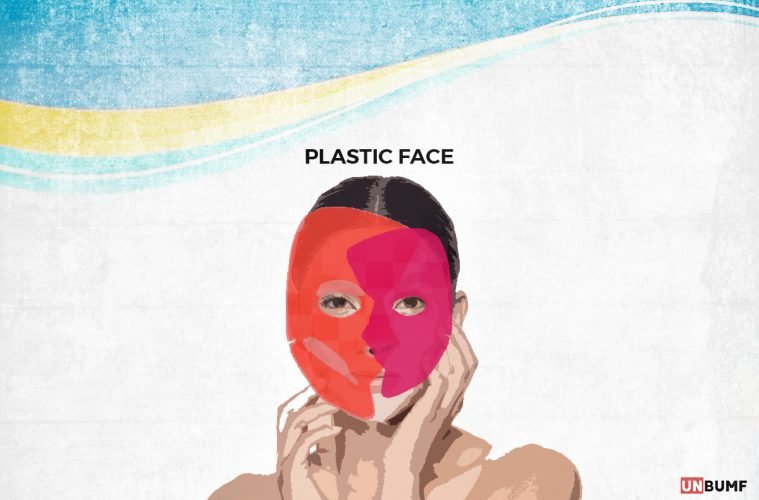 10 Catastrophic Cosmetic Surgeries: Celebrities Who Regretted Going Under The Knife

While the whole of our planet is suffering due to the problem of excessive plastic, some of our celebrities have decided to solve the problem (albeit temporarily) by storing plastic on their faces. May it then be in our very own movie industry or outside India, we are no strangers to cosmetic surgeries going wrong. Here’s a quick recap: 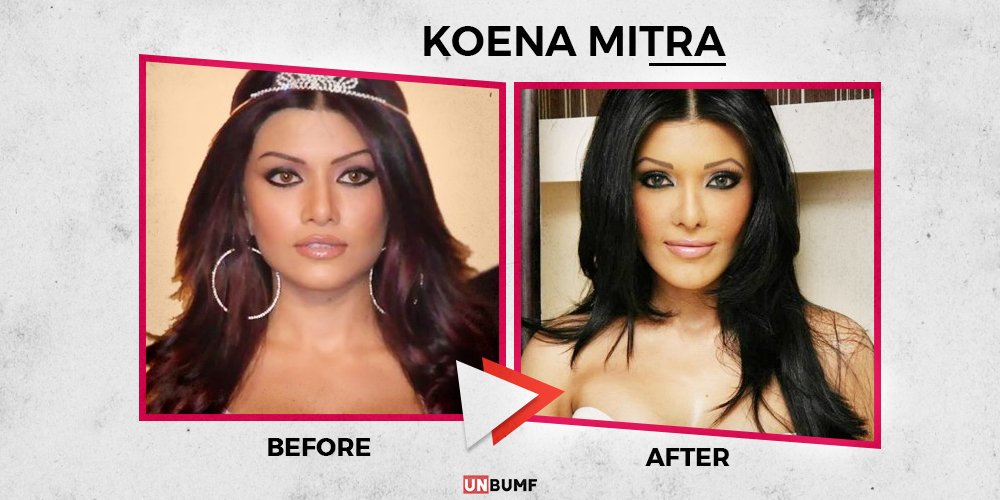 What do you call someone who loses all their friends? Koi – na mitraa. That joke was almost as good as this Bollywood starlet’s plastic surgery. The petite bong beauty has appeared in a few movies like Musafir, Apna Sapna Money Money and Ek Khiladi Ek Haseena. Enter one botched up nose job, and Koena disappeared from the silver screen faster than you can say put. Chal, Koi na. 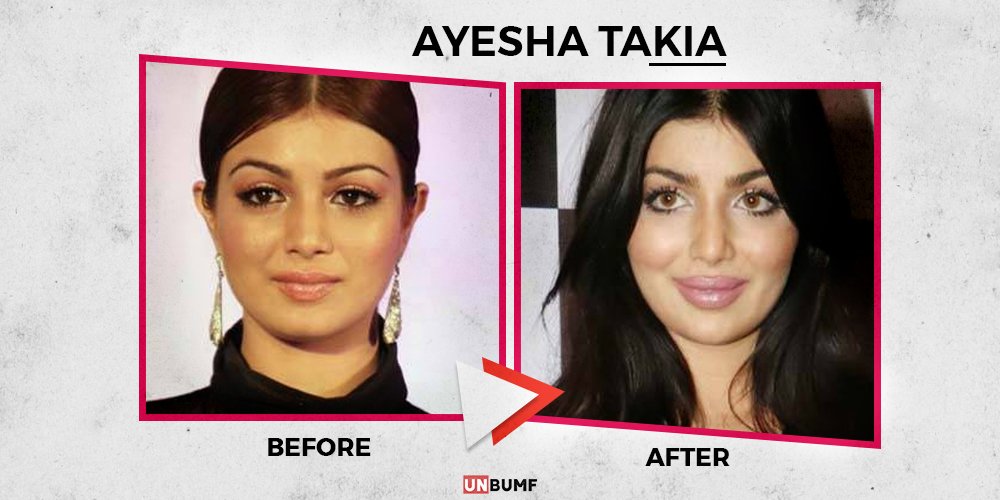 Our wonder girl from Tarzan was loved by everyone. Ayesha Takia has appeared in a number of Bollywood movies and while most of them were flops, the actress was loved by one and all for cheerful acting and super innocent face. Until, of course, she decided to go ahead and get a cosmetic surgery that made her look like Barbie’s Nigerian cousin. Sigh.

One look at this Friend’s star’s face post surgery, and you’ll know that it hasn’t been her day her week her month, or even her year. The naturally gorgeous star even talked about her horrible experience with cosmetic surgery and regrets. In an interview, with one of USA’s fashion magazines, the 53 year old said “ “I grew up thinking that appearance was the most important thing. That’s kind of sad because it got me in trouble. I was trying so hard to keep up, and I actually made things worse.” 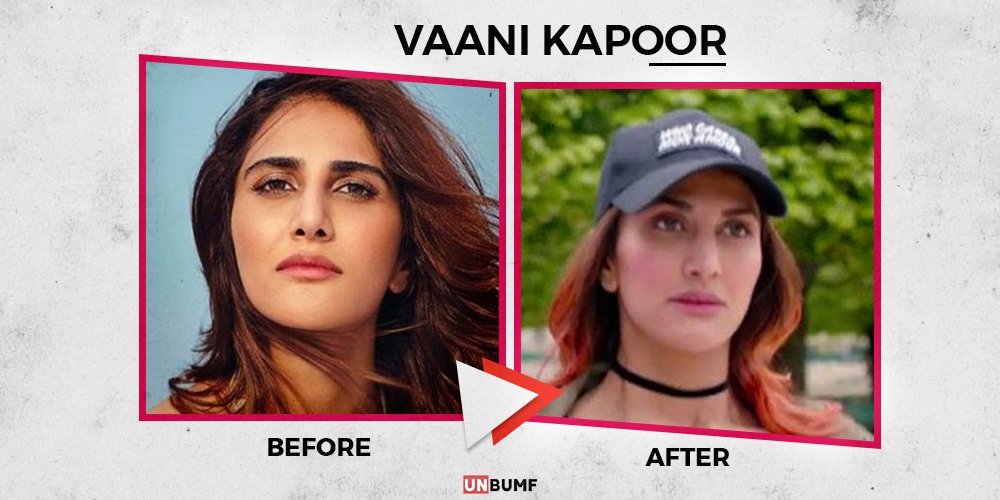 We’ve seen enough jokes about this one, and not without reason. The Shuddh- Desi Romance girl returned to the silver screen with Befikre, and while everyone was bowled over by how fit she looked, the skinny lass got us talking for another reason. Vaani’s face had changed considerably, and sadly, not for the better. Although she herself brushed aside all suggestions of cosmetic surgery blaming the cold French weather, we do believe pictures don’t lie. 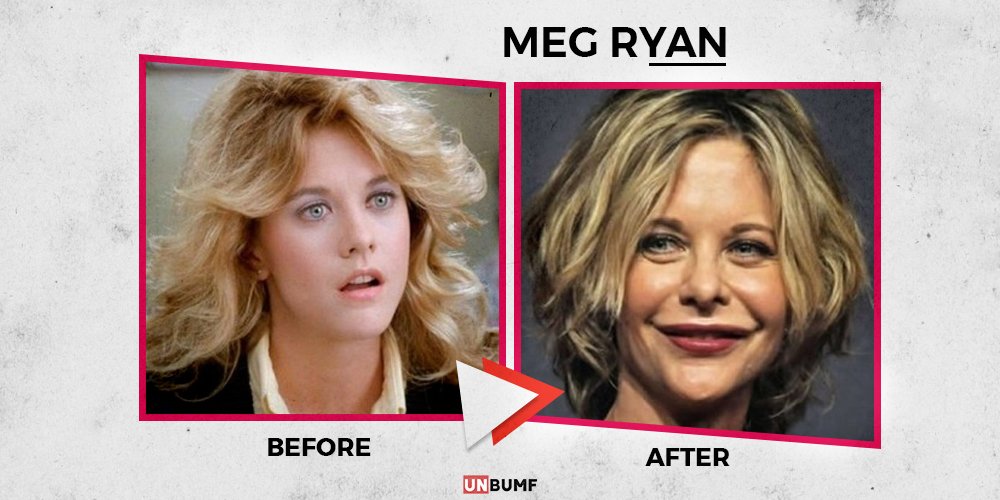 America’s sweetheart, Meg Ryan stole a million hearts with her twinkling eyes and impish smile. The constant media scrutiny and pressure to look good, however, took its toll and the actress went for not one, but numerous cosmetic surgeries, each progressively worse than the previous. 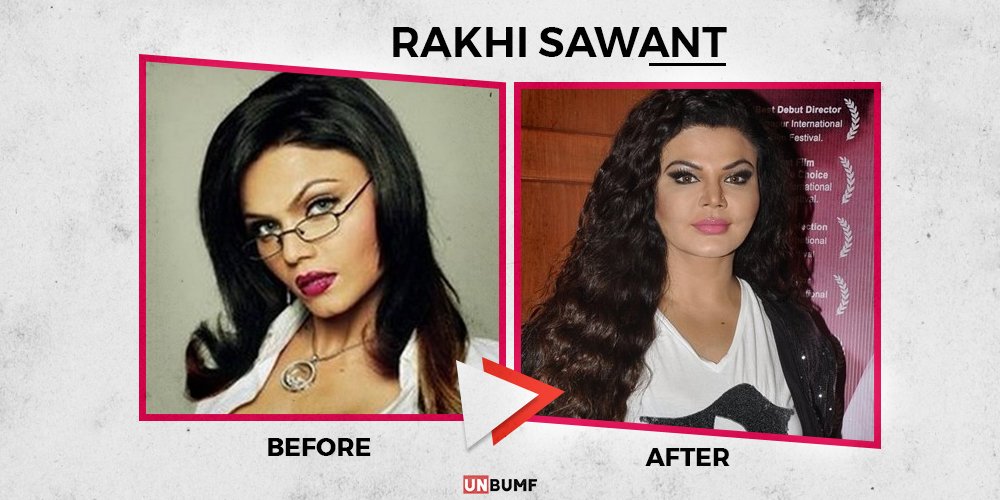 If you aren’t following Rakhi Sawant on Instagram, you’re definitely missing out on the good stuff in life. Rakhi has always made sure that our lives remains full of entertainment and we are ever grateful. May it then be her item numbers, her short stint in politics, her make out mishap with Mika Singh or her Swayamwar on TV. However, even our gutsy girl gave in to the showbiz pressure and got various surgeries and fillers, some of which she even proudly discussed on Koffee With Karan. 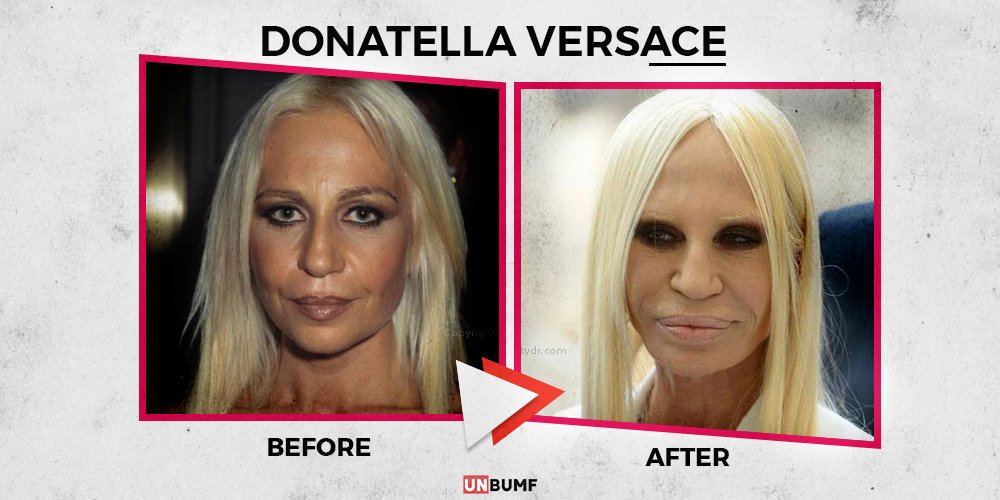 What do you do when you are ruling the world’s fashion scene and deciding the next season’s trends? Well apparently, you get a cosmetic surgery. Over the years, the Fashion mogul has gotten numerous procedures done and all are visible only too well. The result? She now looks like someone you might convince Frankenstein to marry. 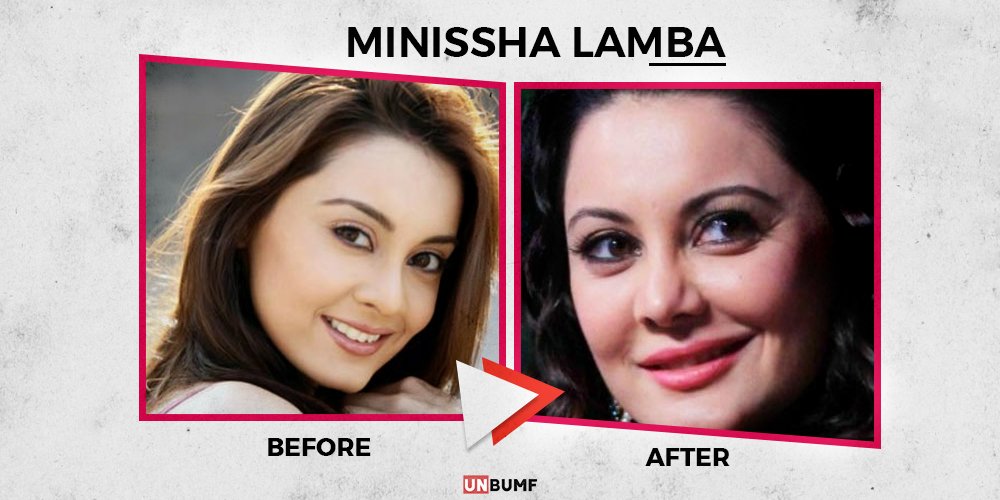 We last saw Minissha Lamba in “ Bheja Fry-2”, and we can definitely tell you that the name of the movie is quite self- explanatory. This girl next door, who made her debut along with Jimmy Shergill, went on to do quite a lot of movies like Honeymoon Travels Pvt Ltd, Joker, Bachna Ae Haseeno and Luck, among others. However, Minissha’s career refused to take off and voila, we had another curious case of cosmetic surgery gone catastrophic. 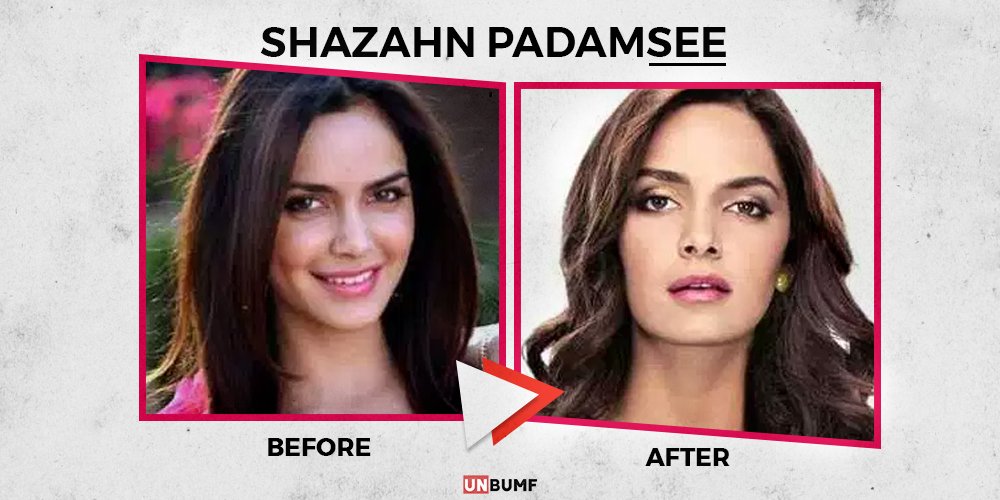 If that name reminds you only of Alyque Padamsee, we don’t blame you. The noted actor’s daughter made her debut in 2009 with Rocket Singh, and was seen in a few silver screen duds like “ Dil to Baccha Hai ji” and one of Sajid Khan’s mega starrer flops ( honestly, we’ve lost count of all the Housefulls. They’re all dumb and misogynistic anyway.) Sadly, our girl went a little too much into lip fillers and emerged looking like she had kissed a beehive. 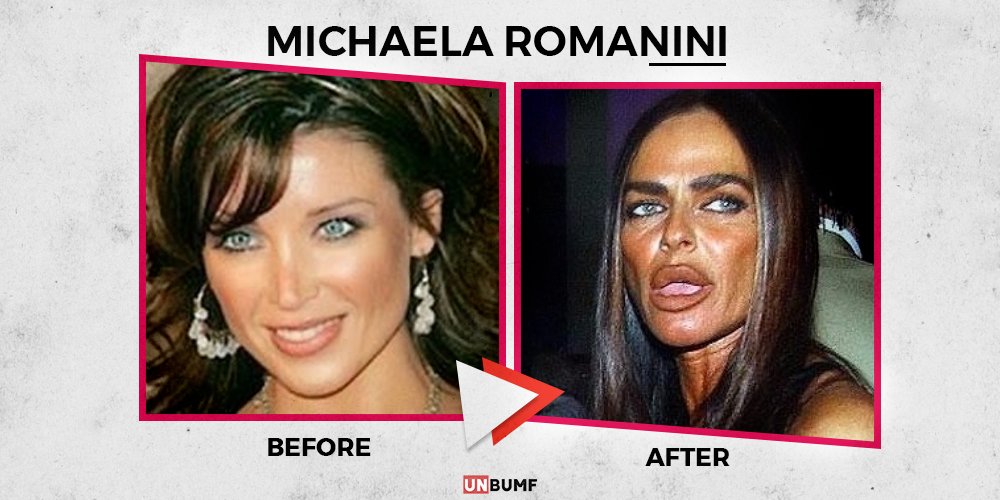 Italian socialite Michaela Romanini was once considered to be one of the most beautiful women in the whole world ( And you thought all Italy had was Monica Belucci). However, after a series of disastrous surgeries, , Romanini seemed quite far from her previous self.

Well, while all of us suffer from insecurity about our looks, it’s definitely more difficult for people who are subjected to constant media scrutiny. If these before and after pictures make one point, it’s probably the fact that cosmetic surgeries don’t always alter your looks for the better. After all, not everyone gets lucky like the Kardashians. Ladies and gentlemen, be careful of what you wish for.