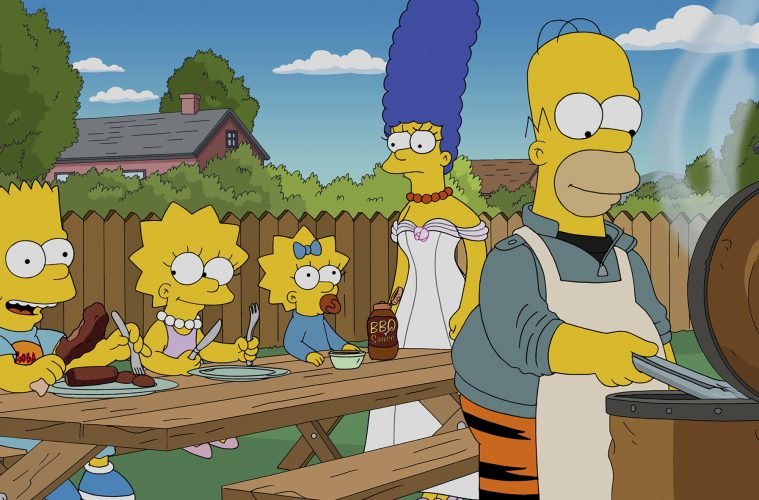 10 Comedy Shows To Help You Deal With Adulthood

The boost of crime shows and shows that strike a critical thinking amongst the audiences have generated a whole new era for the people who prefer mind-challenging programs. But every once in a while, people need a break, to sit back and relax with a gut-shaking comedy. It’s always difficult to assemble a list of comedy shows mostly because of the huge variety and the numbers in which the shows exist.

The shows over the years have just become better and funnier. However, a thought-provoking, chord-striking, and widely-creative humor is what makes some shows greater than the others. To fit the list of an all-time funny, we took into account the best in various genres like live action, sitcom, animated TV, etc. Ironically, however, choosing 10 of the funniest shows of all time, out of such exceptional programs, is no laughing matter.

A phenomena if not a cult, to say the least, FRIENDS was more than just a sitcom. It was an equivalent to meeting a friend or spending time doing something we loved. The actors and the script made us fall in love with each character much that it became impossible to pick a favorite. It was vividly loved, so much so that 23 years later, it is still talked about. We still take “which character are you” questionnaires. The merchandise is still selling. 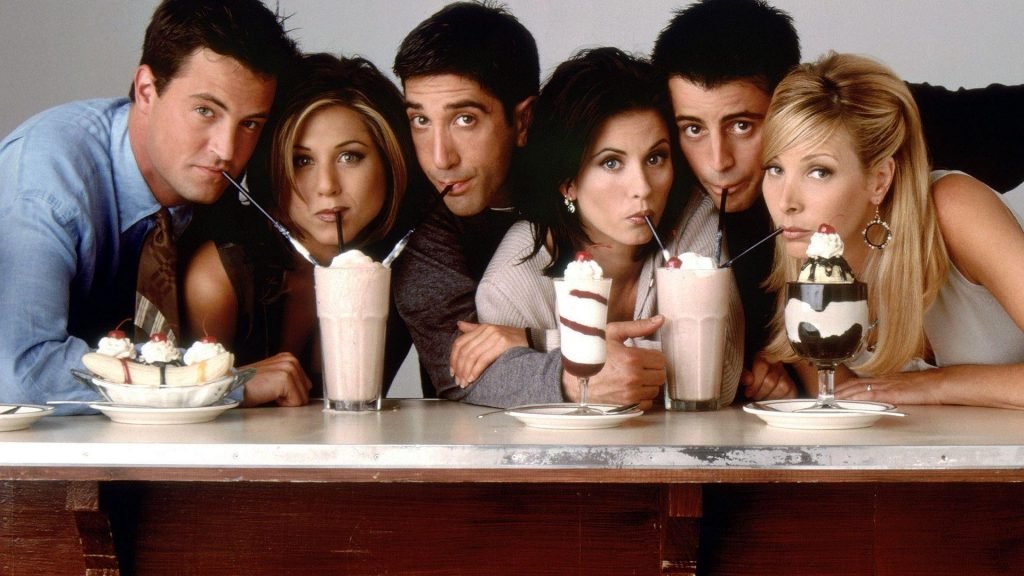 This is probably one of the only TV shows that has successfully managed to copy a British original sitcom. Yet it is more beloved. The US edition was not only better but also ran longer than UK’s. Not being American or British ourselves, this opinion of choosing and liking the US version better, comes from a highly unbiased place us. [British rule in India not taking into consideration, of course ;)]. The great loyalty for this show stands because of the accessibility of the characters and their realistic approach. We all know a cat-obsessed lady, a work-obsessed Dwight, and oh, how we would love to know a Creed and a Kevin! The Office has stood the test of time simply because of the excellence of its writers, apart from the greatness that Steve Carell is. The Office is a quintessential example of an interactive comedy program. 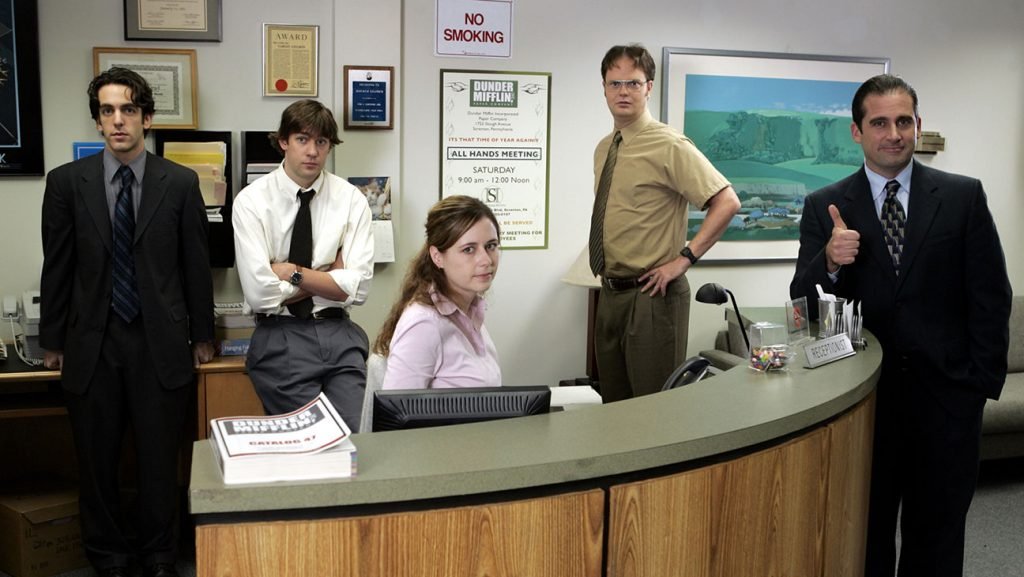 Synonymous with sketch comedy, SNL has been making people laugh for almost 40 years, thereby making it the longest running TV show ever. This NBC series is also known as the launch pad of too many legends of comedy that we know and love even today. Tina Fey, Jimmy Fallon, Will Ferell are just some of them. The segments and sketches prepared by each character – whether recurring or occasional, were all equally hilarious. This was the best alternative to missing an outing with friends on a Saturday. It, in fact, made staying at home on a Saturday, cool. So many topics that TV comedy was otherwise confined to, and disallowed to touch, SNL made improvisations on it. This fearless humor is what made it the show that it is today. 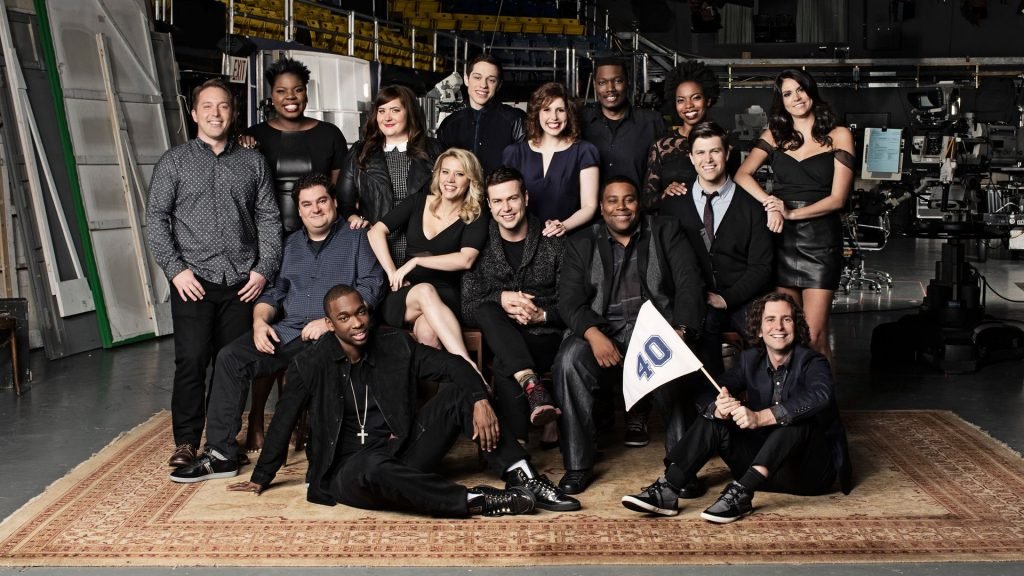 Firstly, one of the only TV shows that managed to state the obvious fact of cartoons not just being there for the kids, was The Simpsons. In fact, this show was hardly targeted at the kiddie audiences. It was the first of many shows that got a breakthrough in the adult niche in the form of animation. The real-life humor, managing to run every current topic in the world from religion to politics to even hardcore social propagandas with a funny touch, The Simpsons proved itself time and again. The yellow-colored family made this show extremely adorable to all its viewers. The facts that this show is still running after 28 years and 25 seasons, is a testament to the continuous efforts and creativity put in by its makers. 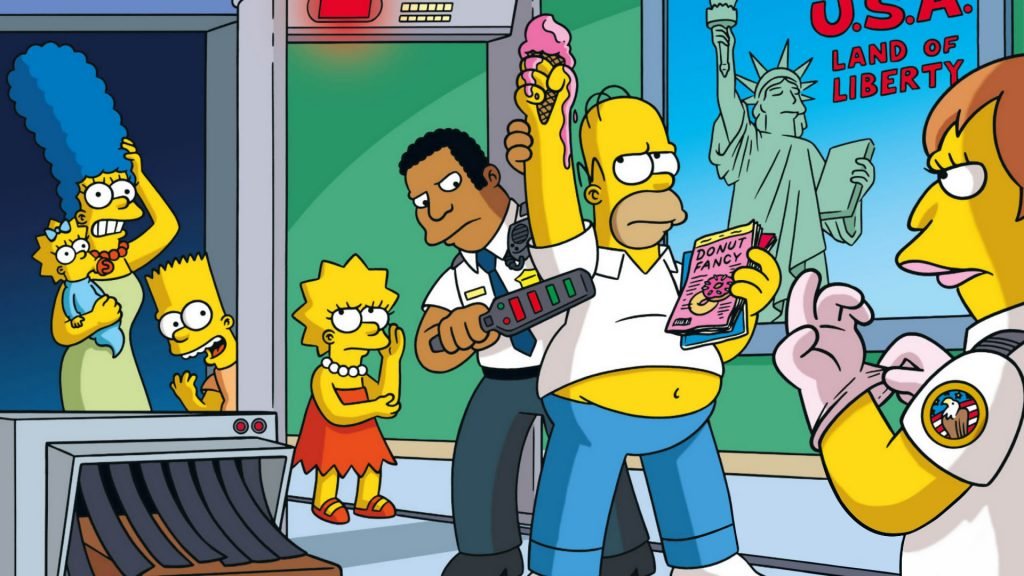 It is hard to dislike anything that has Tina Fey associated with it, let alone not find it funny. Combine that with a star cast of Alec Baldwin and Tracy Morgan and you’ve got laughter just coming out of your mouth left, right, and center. Supporting characters like the uber-cheerful Kenneth and a glamorous Jenna Maroney and her absolute need for attention were just an added bonus to the show. The plot was a satirical take on a fictional reality show and everything that goes wrong behind the making of it. It displays how you have to do tiring things like casting someone as uncontrollable as Tracy, in order to maintain your ratings. However, Fey’s sexily funny and Baldwin’s hilariously bossy traits made this show unbeatable. 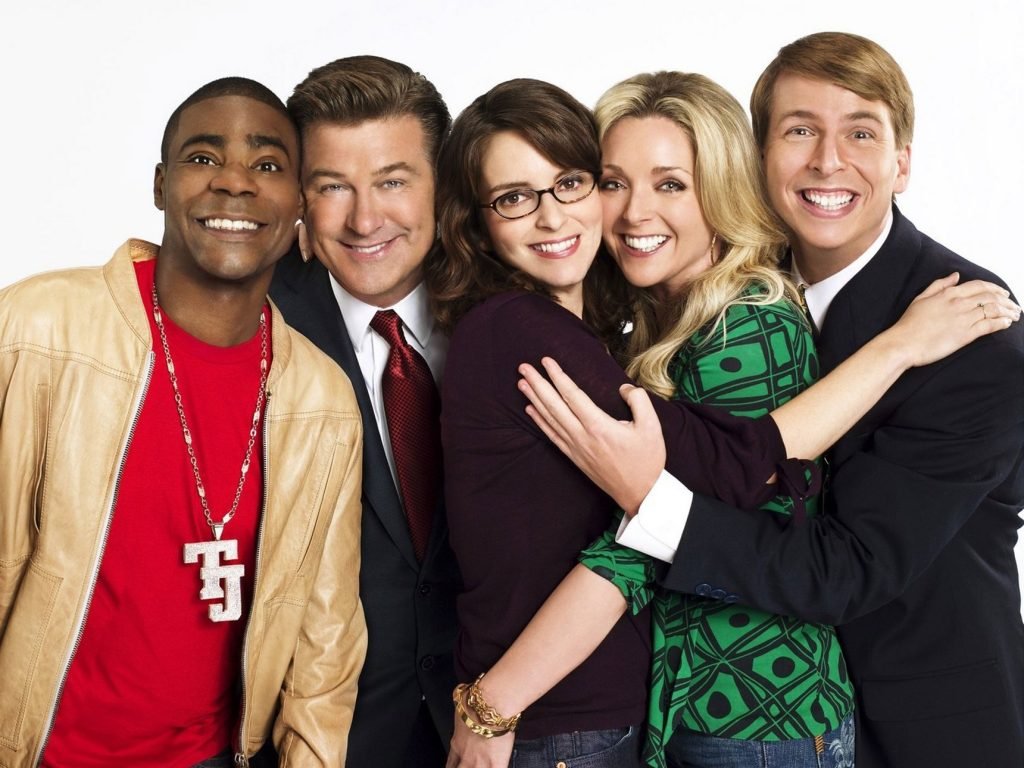 And now, the Hindi comedy shows that we found the funniest: 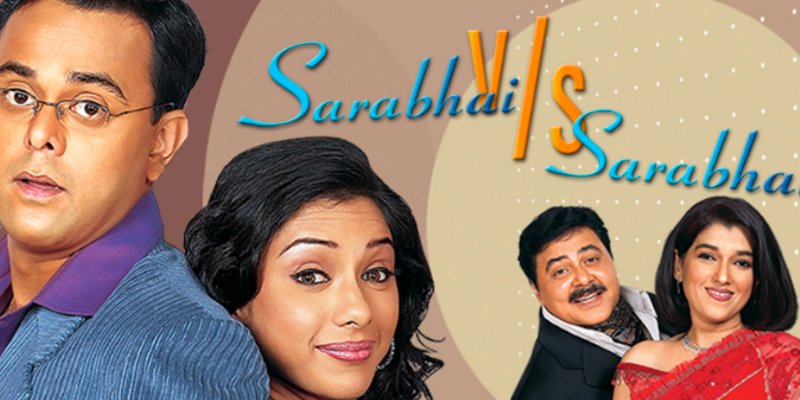 Crisp episodes, great characterization, and impeccable writing are just some of the amazing factors that made this show as hilarious as it was. A lot of the humor of the show came from the elitist society’s interactions and perceived notions of the middle-class society. A high-class Sarabhai family living in Cuffe Parade consisting of Maya, whose “high-class” mannerism had a lot of trouble accepting her middle-class daughter-in-law, Monisha, into their family. A brilliant Indravan Sarabhai who was just always annoyed at his son Rosesh for being a Mama’s boy, and Rosesh – who was just the greatest poet ever were just some of the main characters who helped make Sarabhai vs. Sarabhai our favorite Hindi comedy show of all time. Of course, you can never forget Madhu fufa’s, “Haiiinnnn?” 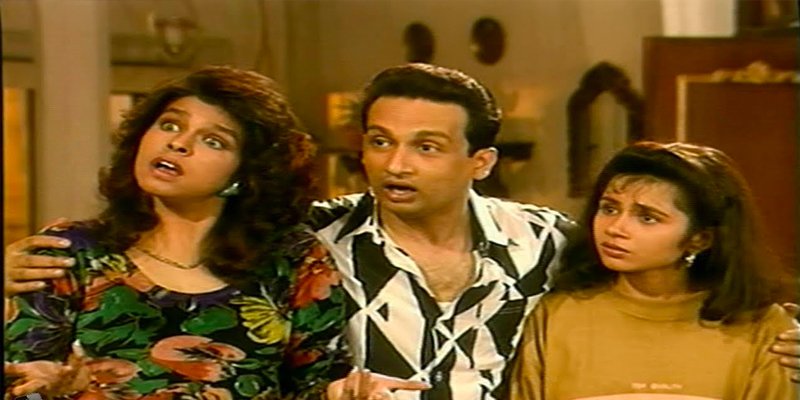 The three generations revolving around the Diwan family and all the drama that each member brought to the show, was probably one of the best of all times. From sibling rivalry to in-law problems, everything was  covered in this show and was done with absolute humour. It managed to make people laugh by making each character incredible on its own. Its jingle still remains fresh in our minds and not to forget the Shekhar Suman’s impeccable comic timings! 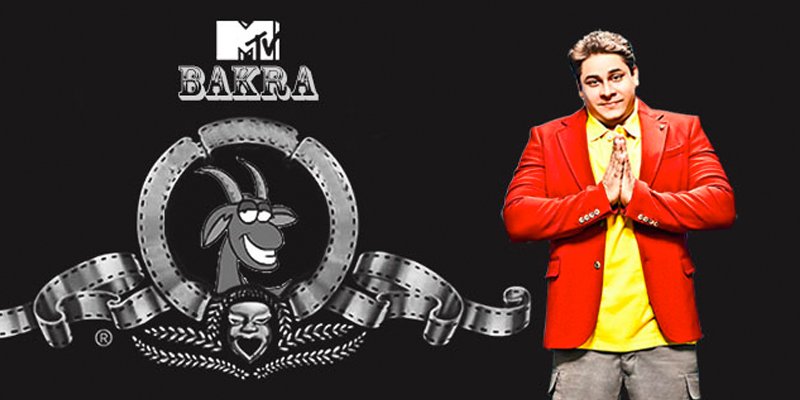 A classic example of the ‘Hidden Camera’, MTV Bakra was one of the first of its kind for the Indian audiences. It made a great attempt and successfully captured the essence that it was meant to do. The idea of fooling random people and recording it (making them Bakras), only to reveal it to them later made this show a tremendous success. The host, Cyrus Broacha, was hilarious and perfect each time he stepped on the road. 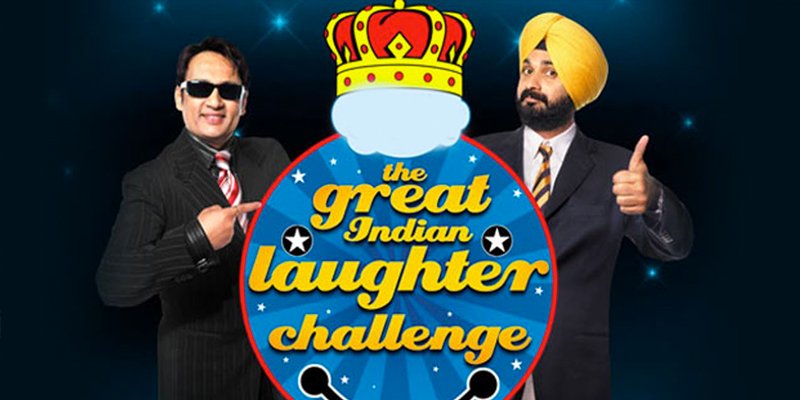 This show is majorly responsible for all the laughter that takes place in our homes even today because it gave us some of the best stand-up comics. Comedians like Kapil Sharma and Sunil Grover are a product of this show. Sunil Pal’s “Pehchaan kaun?” and Ehsaan Qureshi’s laid-back style became art forms of mimicry practiced in every household. The acts were totally refreshing and they went to places that people refused to accept comedy in. TGILC also came at such a time in the TV world where people were bored of watching the beaten family dramas and hence, it was widely applauded. 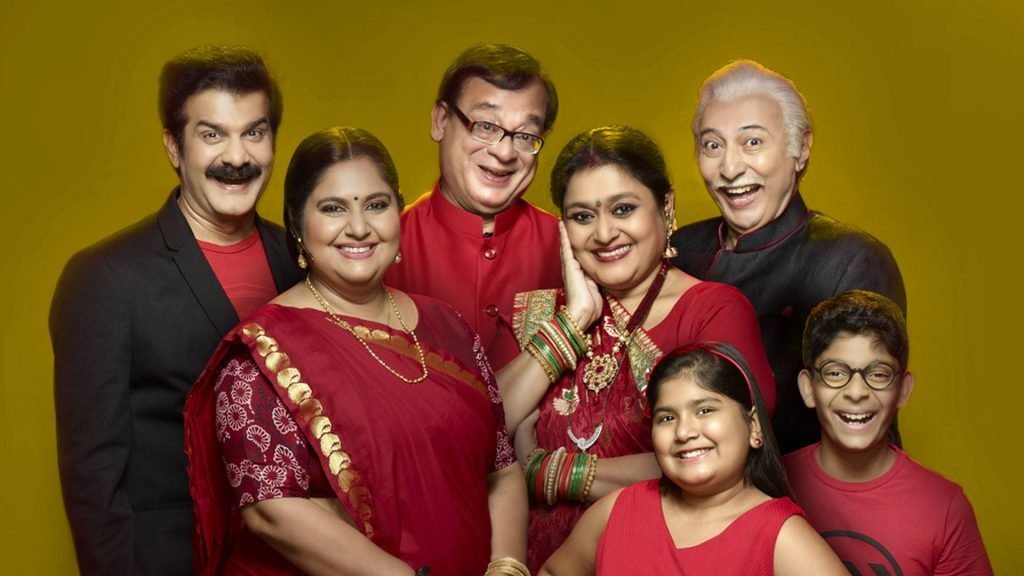