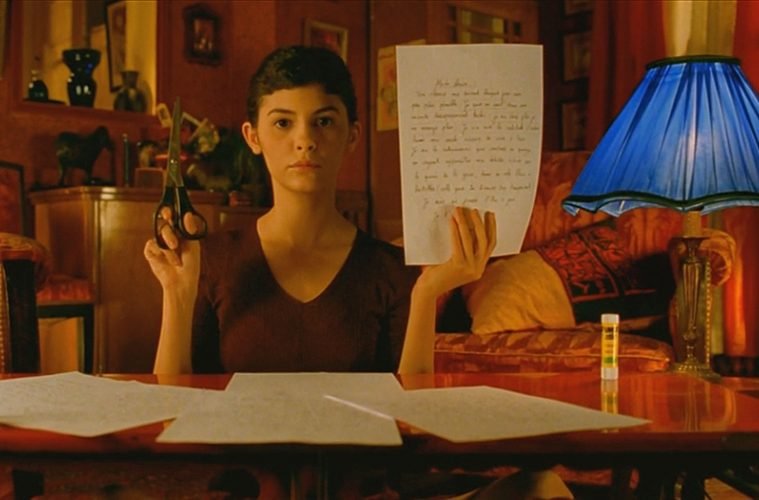 In its flourishing history of more than a century, cinema has brought to the world an experience that offers viewers a break from their mundane lives. The audio-visual treat transcends the movie-watcher to an altogether different universe. Yet, it is not unheard of when movie buffs are on the lookout for a break from their often-watched movies. If you are on the hunt for a list of movies that goes beyond Indian cinema and English films, look no further than our following list of shortlisted foreign language movies. 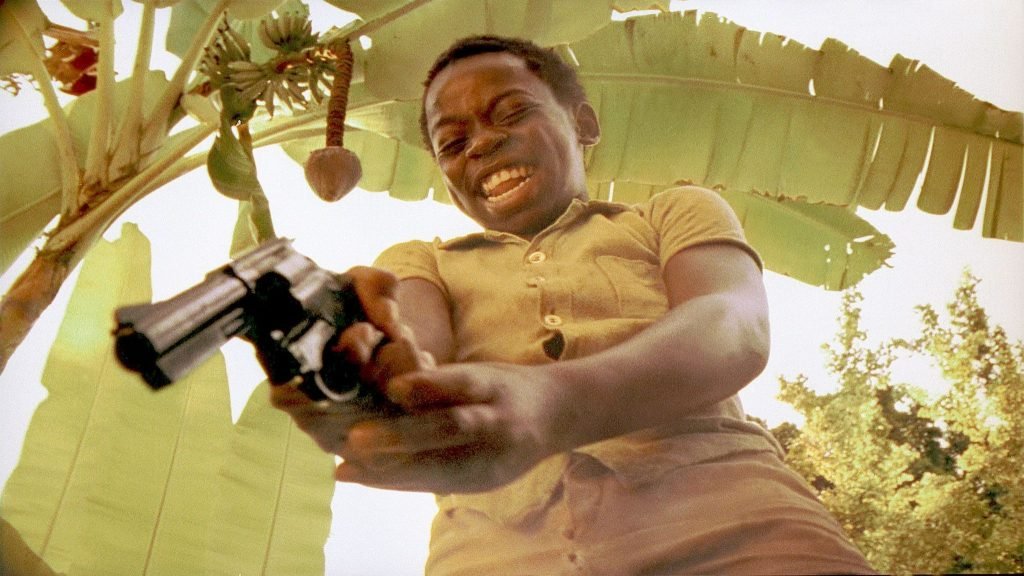 Fernando Meirelles’ ‘City of God’ spans across three decades and tells the tale of a favela (Brazilian equivalent of a slum) in Rio de Janeiro. You’d be grossly mistaken if you imagine the movie to be a mere portrayal of the slum’s unlivable conditions. Be prepared to witness a flurry of violence as the children of the slum take to guns to move up the social ladder. Yet it is not Tarantinosque in showcasing graphic violence.

The movie has been acclaimed for its character arcs. The most appealing aspect of the movie is the children’s development from being gun wielding criminals to full-blown gangsters. ‘City of God’ makes the viewer think beyond the violence. You’d be left questioning the equability of growth avenues available to every person in the world. 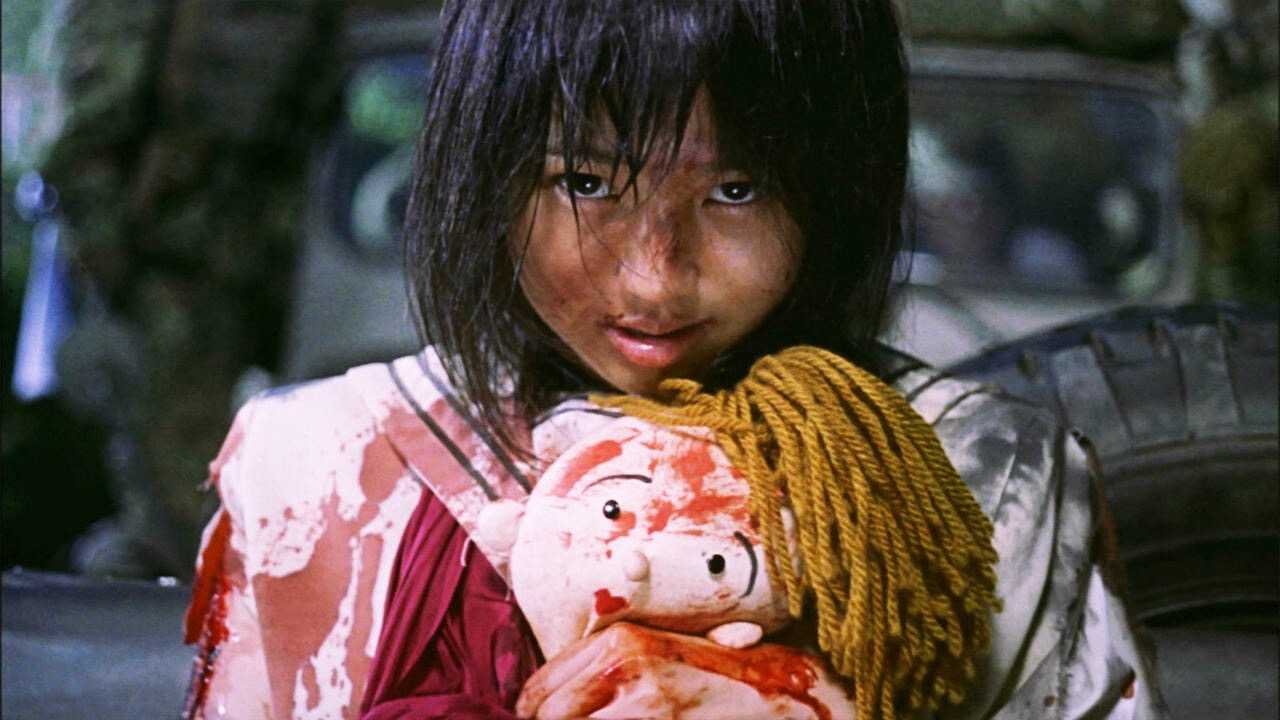 Before there was ‘The Hunger Games’, there was ‘Battle Royale’. In this dystopian movie, director Kinji Fukasaku takes the viewer on a thrilling ride ripe with adrenaline rush. The alternative reality of Japan’s victory in the Second World War is met with a tough resistance in the form of a severe recession. Tough measures are forced upon the disruptive citizens. The “BR Act” attempts to restraint the unruly youth through an annual Battle Royale.

We follow the exploits of a teacher who supervises a student-against-student battle among his wards on an island. Uncooperative students face threat of life through explosive collars. The film will test your ability to digest violence among teenagers. If you love social satires and allegories (remember, ‘Lord of the Flies’?), this one is strongly recommended. 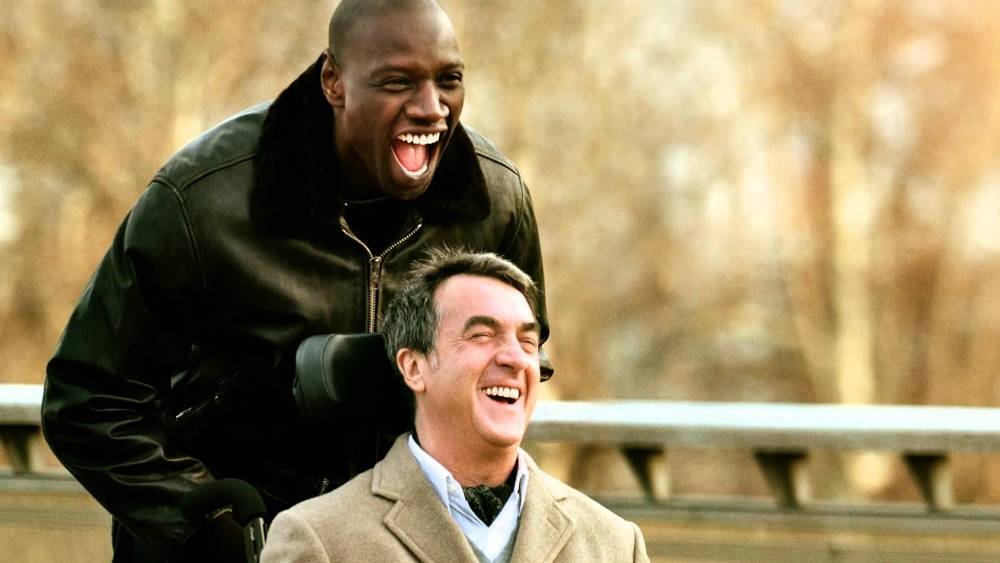 This French movie is a runaway hit and a cultural phenomenon. In the year of its release, it was France’s second biggest box office earner. A through and through bromance, the movie is about a wealthy man with paralysis and his boorish street-smart caretaker.

The movie might take you back to the Al Pacino classic ‘Scent of a Woman’ given its familiar premise. ‘The Intouchables’ will remind the viewer about their taken-for-granted privileges. The rich man, Philippe, is brimming with wealth but is at a physical disadvantage. His care taker, Driss, is physically fit but lacks education. The contrasting struggles of both the chief characters make for an emotional viewing. 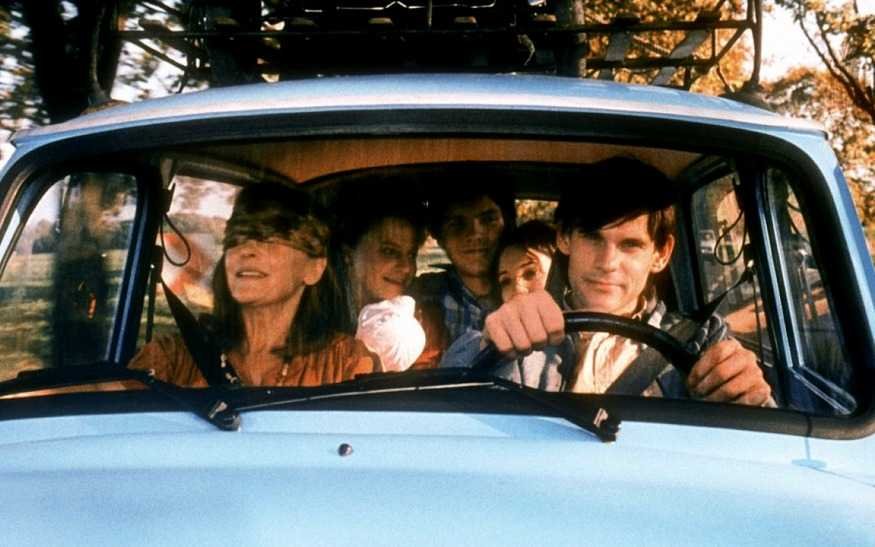 How far will you go in keeping up the spirits of your loved one? This is the underlying sentiment in Wolfgang Becker’s German tragicomedy ‘Good Bye, Lenin!’ Set in 1989, we meet Alex and his strongly socialist mother, Christiane. A staunch supporter of East Germany, Christiane suffers a heart attack and enters into a coma. Her doctor warns Alex that even the slightest shock may prove fatal for Christiane.

In a broad stroke of sweeping changes, Germany undergoes a massive transformation. The fall of Berlin Wall brings with it the collapse of borders, democratic elections and the rise of capitalism. In a clash between ideological tussle and emotional attachment, we see Alex try every trick in the trade to ensure the well being of Christiane. The film makes for a pleasant viewing as we see relationships undergoing a change due to a nation’s political transformation. 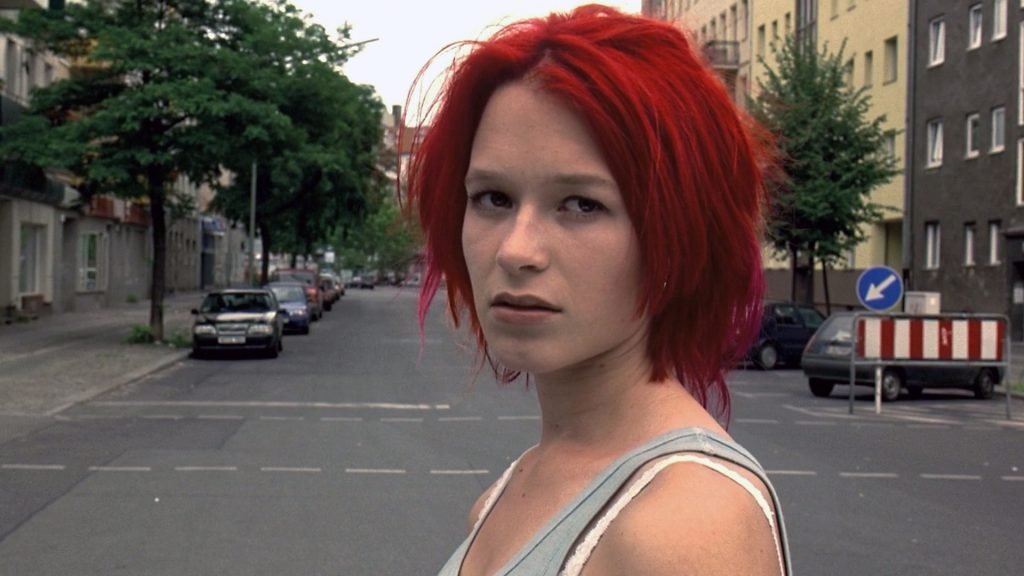 If you are having a slumbering day and even the strongest of coffees has failed you, it is time to turn to ‘Run Lola Run’. Writer-Director Tom Tykwer’s movie packs a neat punch of adrenaline. I promise that your favourite heist movie will easily fade in comparison.

The movie begins by Lola’s boyfriend Manni calling her to arrange a huge sum of money. But wait!, it has to be within the next twenty minutes. Manni is in the danger of losing his life if Lola fails. Though the plot sounds simple enough, we accompany Lola thrice in her attempts to get the money within the deadline. She passes three different people in every attempt and with a slight change in her actions, her own destiny changes with that of the others. The film touches upon lessons from chaos theory, free will and determinism. A huge plus is the heart-throbbing pulsating background score which makes it a compelling watch. 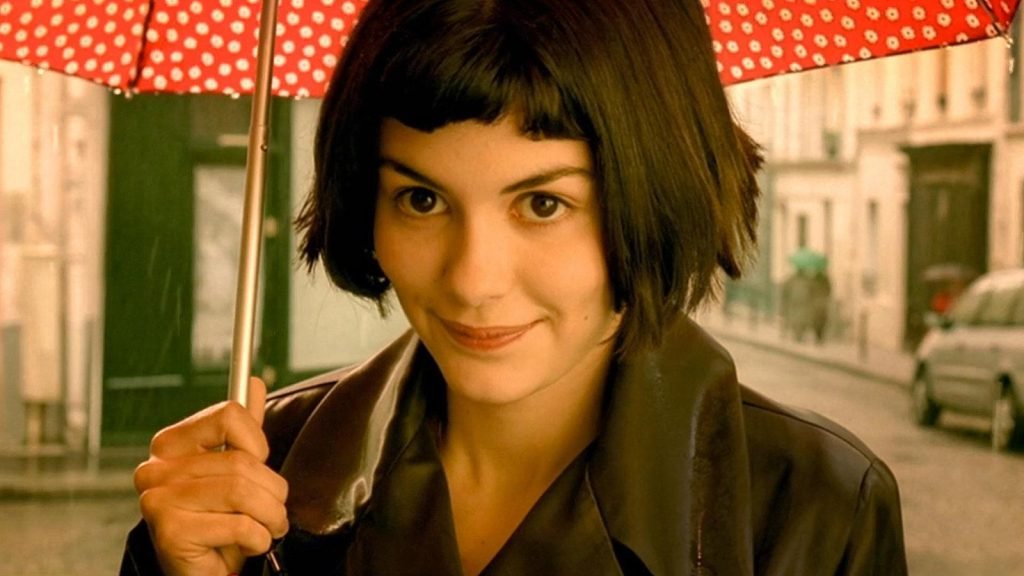 The one-word English title of this eccentric movie does not justify what it is all about. We must turn to its more fitting French counterpart ‘Le Fabuleux Destin d’Amélie Poulain’ (The Fabulous Destiny of Amelie Poulain).

Amelie’s journey finds direction as much as by Paris as by the people that she meets. She is assumed to possess a weak heart and grows in a protective environment. Her true story begins once she flutters her wings and flies out of her home’s comfort. The film is just the perfect reminder that all is well in the world. Every stranger that Amelie meets is kind hearted and cheery. Yet it is down to her to carry out the deeds that will bring her happiness. Accompanied with a jolly background score, Amelie makes the viewer think – is the world anything beyond its people? 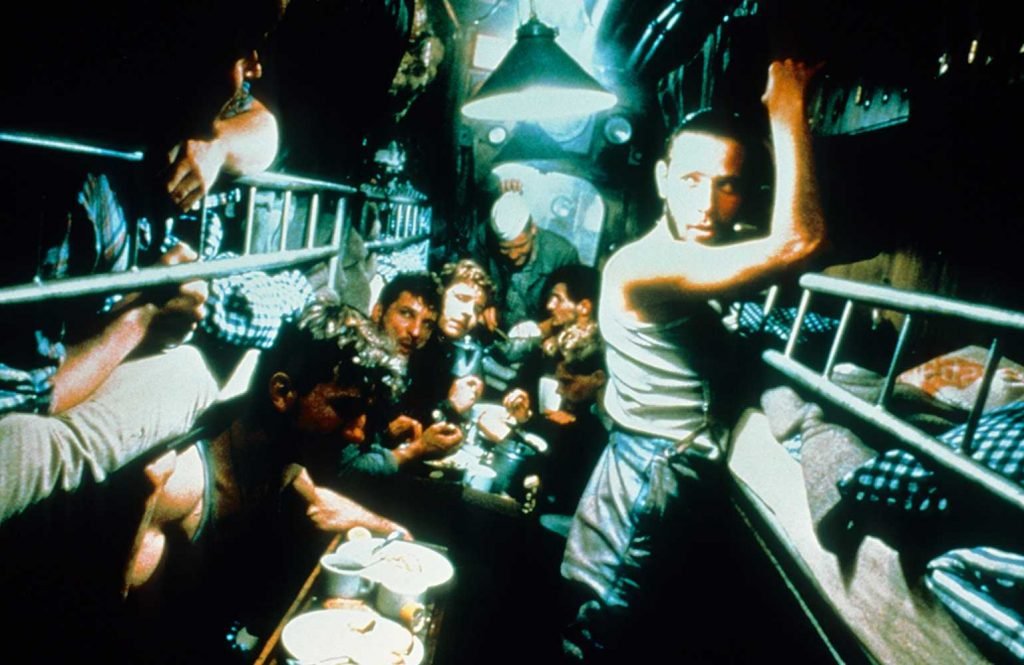 The movie is an adaptation of Lothar-Gunther Buchheim’s novel of the same name. It depicts the adventure of the crew of the German war boat U-96. We enter right into the heart of the Second World War’s action. We witness the thrilling Battle of the Atlantic between German and American forces that would decide the victors.

The crew’s journey is full of storms and skirmishes with enemy boats. The crew of the boat experiences the uniqueness of being in the sea. They are lonely yet together. They are out in the open yet in confined in a boat. The ordeal of the war looms large on their lives. The veteran captain presents an ideological mirror to his younger companions. The struggles of the crew make the viewer ponder about the enormity of threats to human life. Watch it to experience the unique claustrophobia of a naval combat. 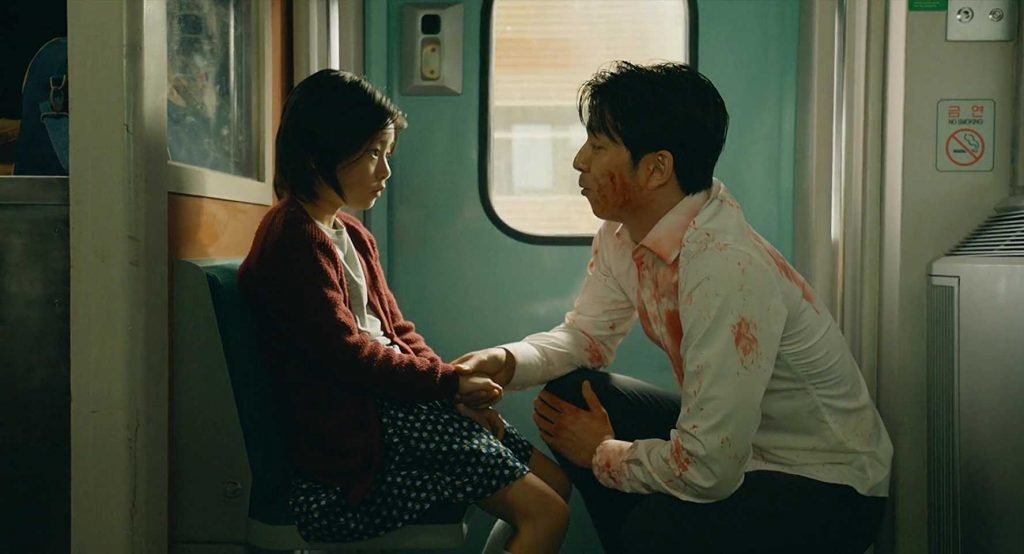 If you identify South Korea with clean infrastructure, this movie will pull you right into a contrasting shock. In ‘Train to Busan’, you are about to witness a zombie-attacked train. It is all going to turn murky with non-stop attacks on humans as the zombies simply refuse to die.

The movie starts with the grim story of Seok-woo, a divorced fund manager. He unsuspectingly embarks on a journey to take his daughter to her separated mother. A thrilling ride follows as the train is full of zombies. Though the zombie apocalypse scenario is repetitive to us now, ‘Train to Busan’ introduces new elements. It is not a mere cannibalistic action thriller. There is a cultural thread that hangs thinly throughout the movie. It deals with the distinction between humans and non-humans. We witness many people unabashedly killing others in order to protect themselves. It is this unquestioning defense that makes us ponder whether the irrational zombies are any worse than the thinking humans. 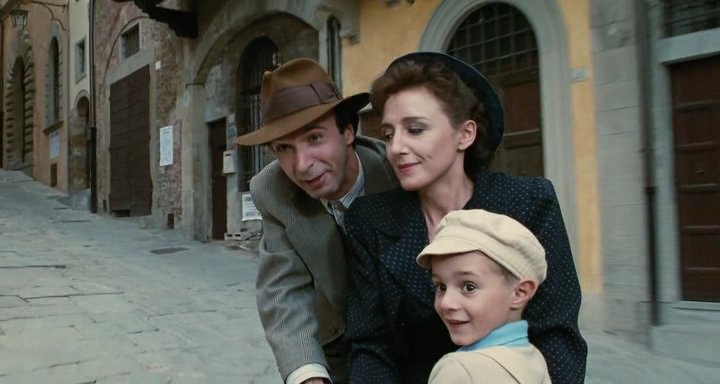 Set in 1939, Benigni plays a bookstore owner who falls in love with a teacher. Following a series of comic incidents, the two marry each other. During the war, they find themselves and their son captured in a concentration camp. Benigni convinces his son that they are part of a game. It is the clever imagination of the father that masks the horrific details from his son. Critics have lauded the film for using humour and emotions to shadow crimes against humanity. 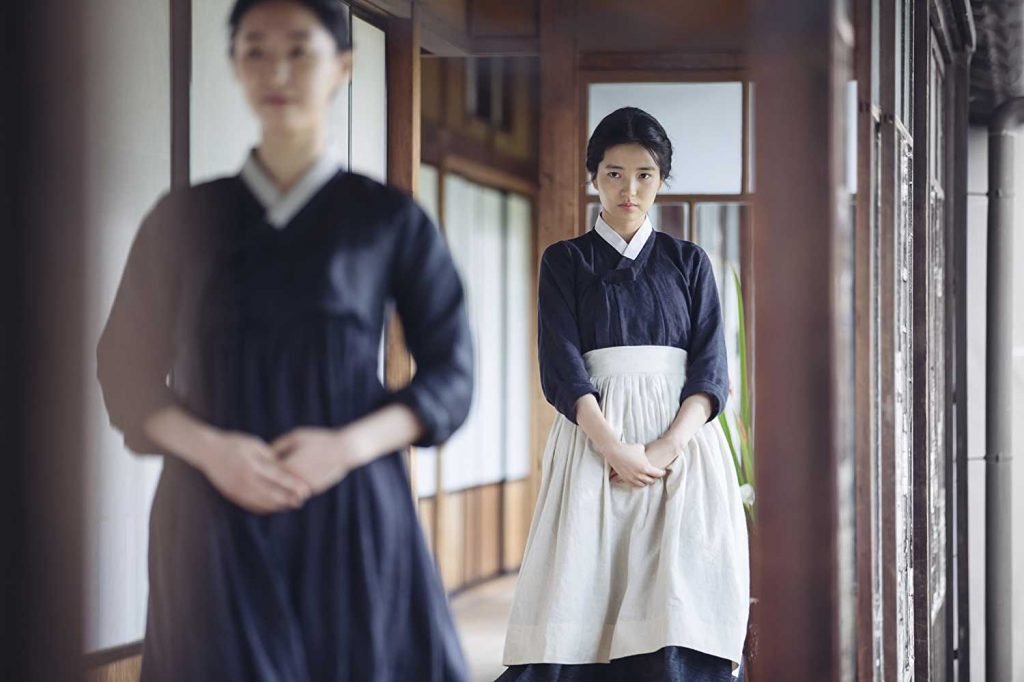 ‘The Handmaiden’ is the latest offering from acclaimed Korean filmmaker Park Chan-wook. He is best known for his thriller Oldboy (the unofficial uncredited inspiration behind Hindi movie ‘Zinda’).

Chan-wook sticks to his signature psychological thriller style with ‘The Handmaiden’. Sarah Waters’ colonial book ‘Fingersmith’ is the inspiration behind this Palm d’Or nominated movie. The plot is about a con-man hiring a handmaiden to a rich heiress with a view to steal her inheritance. The movie is presented in three parts through which Chan-wook takes the viewer through multiple twists and turns. Laced with equal parts passion and intrigue, the movie’s pace keeps the audience at the edge of their seats.