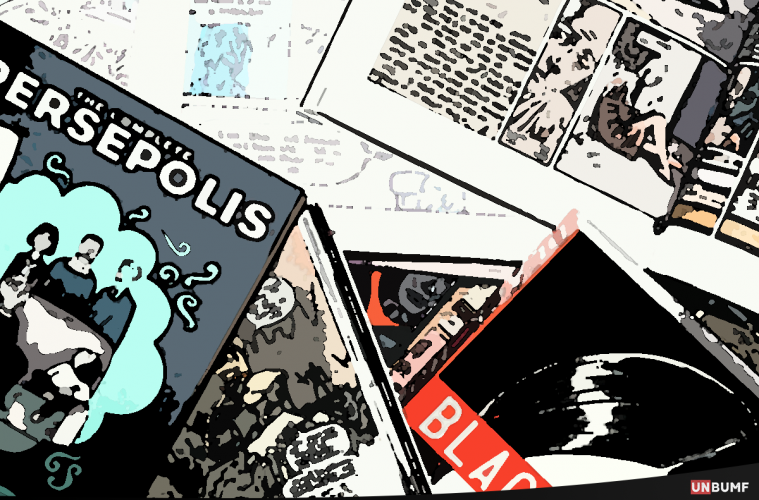 It is a great time to be a comic book fan. I have said this a million times, of course, but that doesn’t make it any less true. Graphic novels have been getting their due lately and one can’t help but attribute the newfound success of the medium to the current spate of comic book films that have been rampaging across our cinemas.

Graphic novels form a medium of expression that, like all others, is unique in its own way. The combined capabilities of words and art form something that many a time is impossible to describe. Emotions, visuals of history, wild imaginations – all of these have their place in graphic novels, a medium that is truly limited by only human imagination and we all know how vast that can be.

So today, we bring to you a list of graphic novels that became true and lasting works of art. These novels moved people beyond what anyone imagined they could. They gave us stories that were relevant, engaging, compelling. Sometimes, downright amazing.

The best part? None of them are about superheroes. These are novels that everyone should read and experience at least once within their entire lifetimes.

A few points first. This list is not ranked. Comics are too subjective a medium to be adequately ranked or even compared to another work of the same genre. Too difficult, frankly speaking. And as I have said before, none of these are superhero comics; in fact a lot of them aren’t even Marvel or DC. That might be another list, I don’t know.

Let us see how this goes first. Last point – this list is not exhaustive. There are thousands of graphic novels out there that would blow your socks off. This is just the tip of the iceberg. 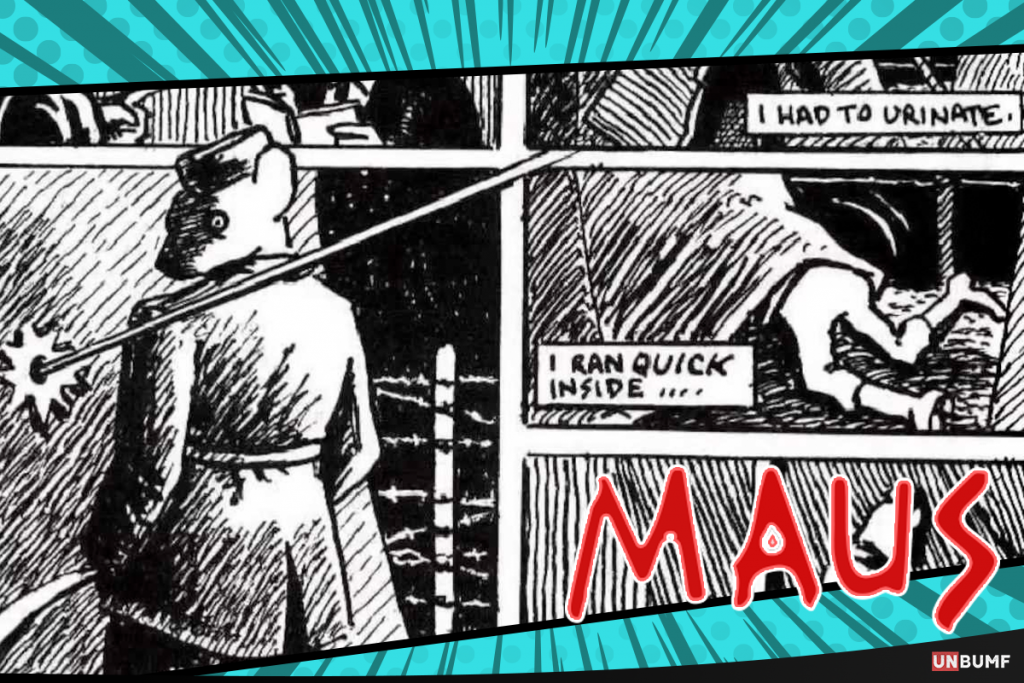 There is no dearth of stories about the Holocaust and the horrors that an entire race suffered through. Even in the graphic genre, many artists and writers have taken time and effort to relate the true horror of that time.

Maus is another such effort but the very first page makes you realise why this book is a step above almost every graphic novel every written. Spiegelman personifies the Jews as mice and the Nazis as cats and creates a haunting, deeply personal and heart wrenchingly emotional tale of a man trying to survive.

The book is layered with father son relationships, human nature at the time of crisis, depression, cruelty and even racism in forms that you won’t see coming. This book is a masterpiece. You need to read it. 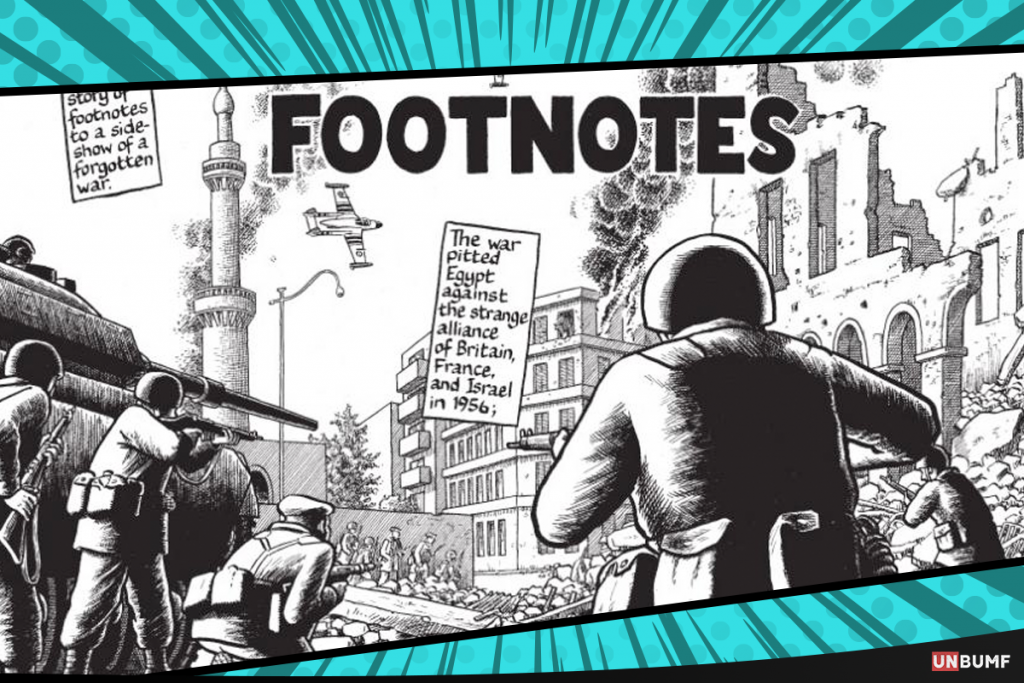 Comics about war are obviously nothing new. Writers like Tom King (current writer of Batman) have told their experiences of war through the medium of comics. And if you think of graphic novels that bring you right into the battlefield, at the heart of the conflict, the first name that comes to mind is Joe Sacco.

It is hard to choose one book by him so the three books above will have to serve as one entry to our list. Sacco, through his art, examines the realities of war, something that goes largely unexplored in mainstream media.

‘Footnotes in Gaza’, for example, uses the massacre of a small village to talk about the conflict as a whole and Sacco uses the tools at his disposal to examine the very concept of war. Honest and brutal, there is one comparable to Joe Sacco as far as comics journalism is concerned. 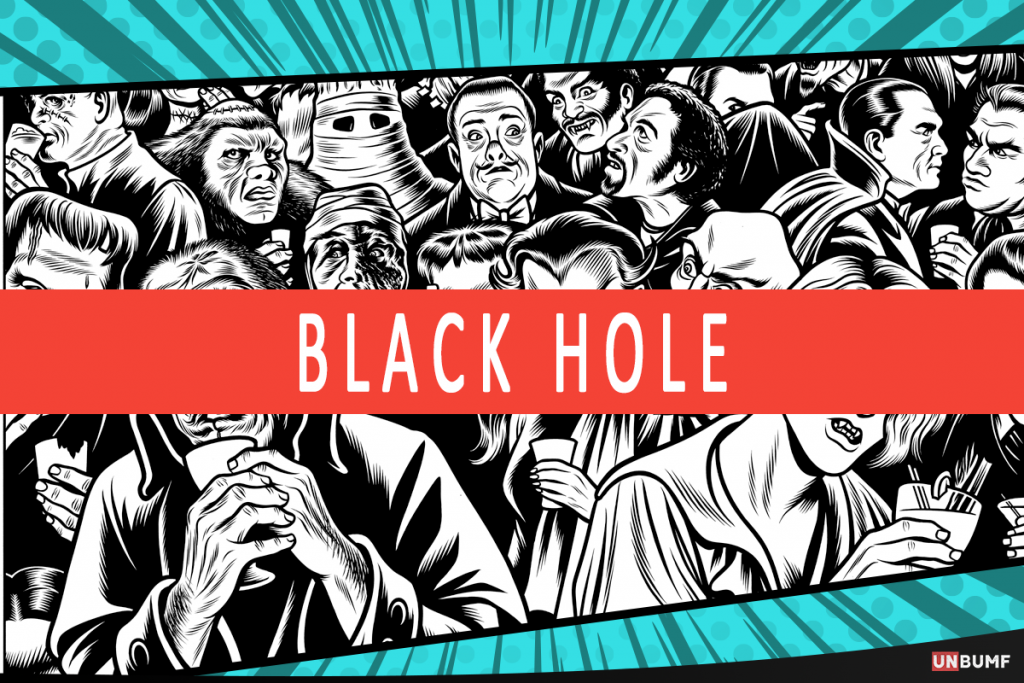 Not for the faint hearted, this one is probably the most subjective choice on this list i.e. I am the reason this book is on the list. This is the story of a group of teenagers in the 70s who suffer from a bizarre, sexually transmitted disease that transforms them in horrible ways. Some of them develop tails, some have their mouths shed – basically, a horror movie.

Slowly, these teenagers get lost to the evil that is society and find their grotesque selves at the mercy of this world. Burns took a decade to write this book and it shows why. It is disorienting, wild and will make you shift in discomfort at every sex scene.

It is still a very immersing read, however, and felt a lot like some really hard hitting allegory. If you do try reading this, do so at your own risk.

4. Jimmy Corrigan – The Smartest Guy on Earth by Chris Ware 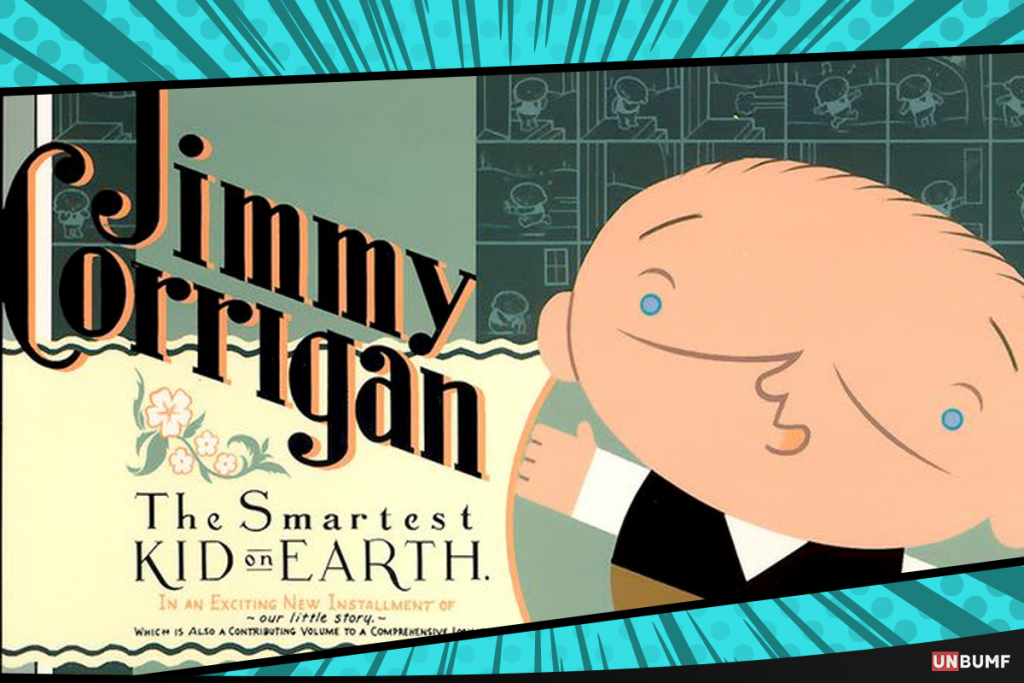 Ah, Chris Ware. Many still debate as to whether his works are even works at all or just random, weird artistic ramblings. Any comic book fan who reads this line is going to come for my throat and I do not blame them.

Ware’s artistic style is unique, with not just the content, but the book itself being a work of art. Ware uses small, tight panels which container smaller images that explode with colour and vibrancy despite the story being the complete opposite.

It truly is unique and Jimmy Corrigan is the perfect example of his work. It’s super cheap to buy and so cute to look at that you might feel it’s a children’s book. It’s not. No details on what the book is about. Let it hit you in the balls when you’re least expecting it. 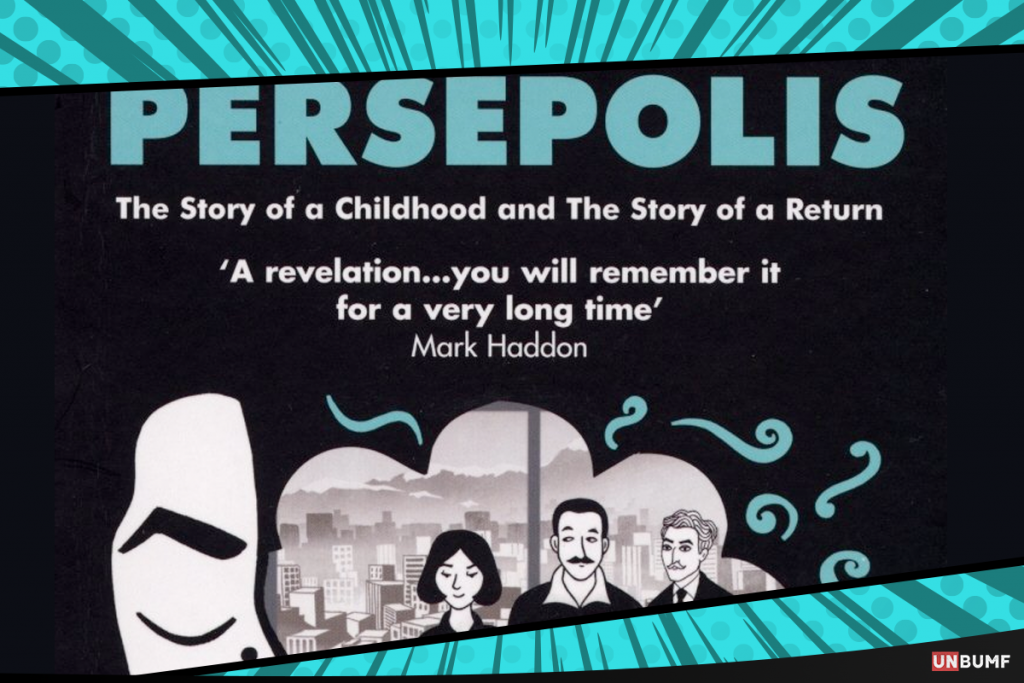 Marjane Satrapi is a filmmaker and a writer born in Iran. She wrote and drew this book about her experiences as a young child during the Islamic revolution and how she grew up in such a society. Despite all the personal challenges and horrors that she sees, Satrapi layers this book with humour, surprisingly heartfelt touches and takes us on a journey through her life.

The book isn’t epic in nature but you truly feel like something within you has changed once you close it shut. This mixture of humour, historical realism and autobiography makes for a novel that will leave you in tears.

6. A Contract with God by Will Eisner 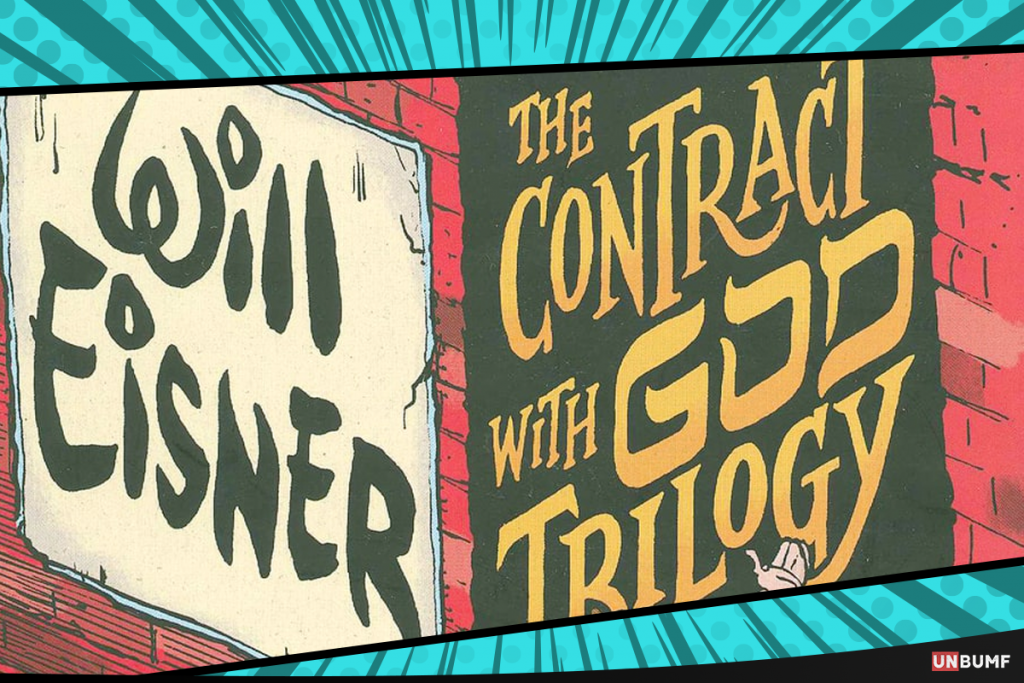 There are many who believe that this isn’t the first graphic novel ever written and that would be correct. But the arguments against this being the first modern graphic novel are considerably fewer. Of course, let us not forget the fact that this is Will Eisner.

THE Will Eisner, the guy after whom they named the awards which comic book creators are rewarded with every year.

The book contains a collection of stories based around a small building in the Lower East Side of some state in the USA. The stories are small, based around the time of Depression and they are an example of what truly propels Eisner into the list of the greats.

I cannot go into much detail here, but I can say that you cannot call yourself a comic book fan if you haven’t read this. 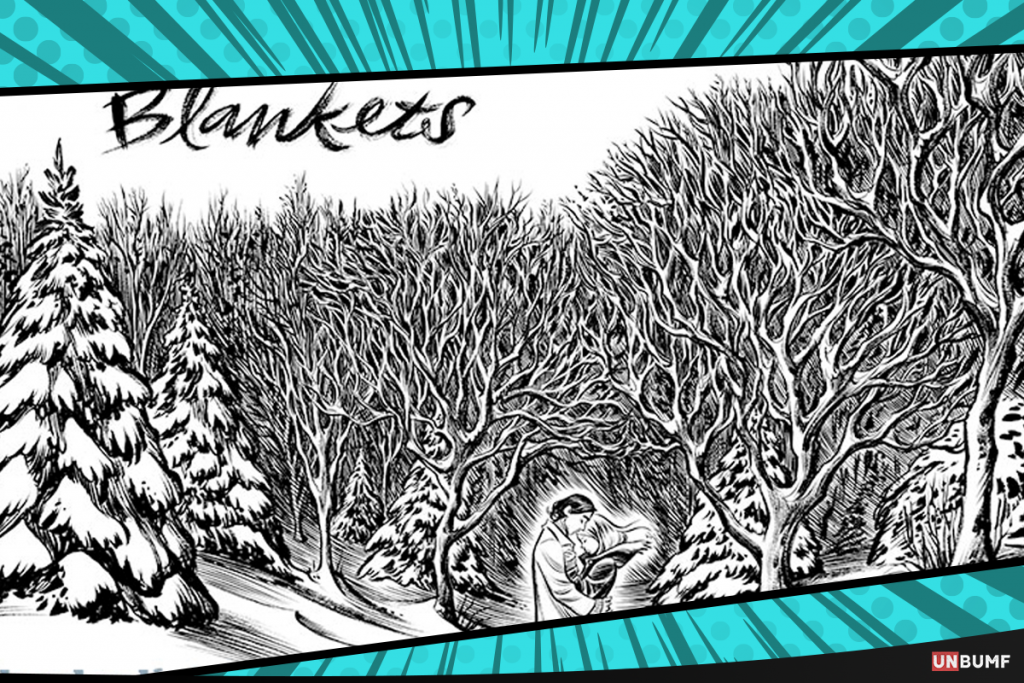 There is something intimate about the way Thompson writes Blankets. I can honestly say that I have never been able to put my finger on it, but I feel relaxed when I read it, or just gaze at the art. The story is simple enough, an autobiographical tale that deals with the author’s coming of age and his descent into adulthood after being raised in a very traditional family.

Despite the heavy subject, Thompson never lets it get to us, like a story teller telling you about the tragedies of his life, but while you’re wrapped up in a blanket in front of the fire, sipping tea. Beautiful and moving, order this book right now. 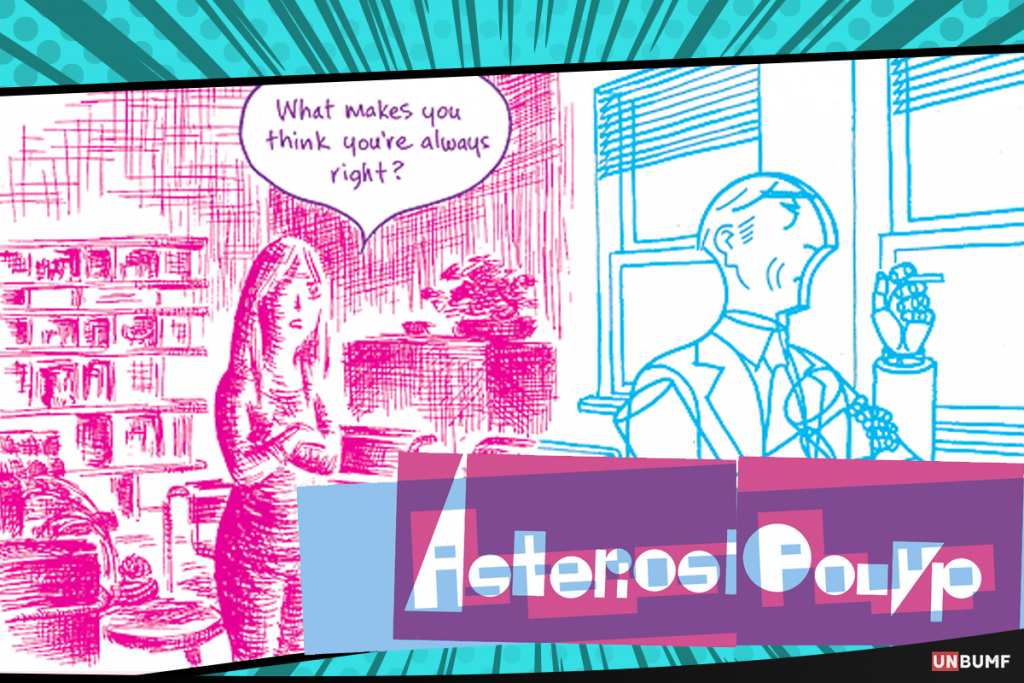 A fifty year old architect’s house burns down and he decides to relocate to a small town. Why does he do so? Is it just resignation to his fate or is it more than that?

It IS more than that.

In fact it is a coming of age story about a fifty year old man who is searching for love, for himself and for the right architectural proportions. This is a beautifully rendered book, its art sometimes unnerving and sometimes relaxing but always layered with meaning.

There will be moments which will captivate you so hard that it’ll feel like minutes but hours would have passed when you finally raise your head from the book.

9. The Underwater Welder by Jeff Lemire 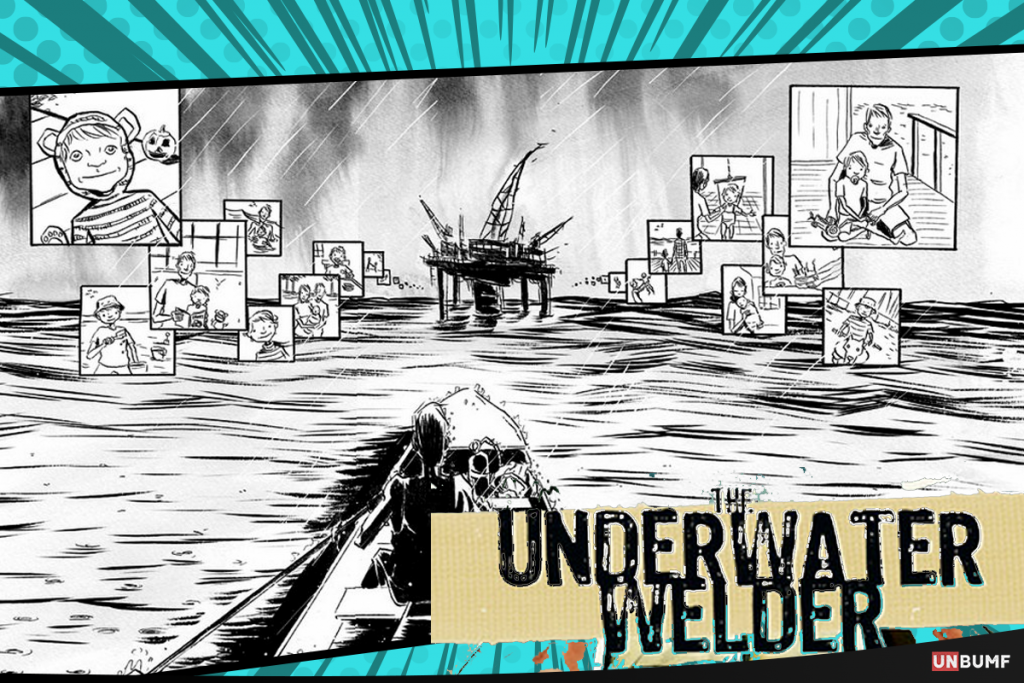 There are arguments to be made for Sweet Tooth to be considered Lemire’s best work. He is an extremely gifted cartoonist and I personally love him for giving us Sweet Tooth, but nothing shook me like The Underwater Welder.

The story is about a man who is (surprise!) an underwater welder who works at an oil rig! His wife is pregnant on shore and as he carries on with his work he feels the pressure of fatherhood. Sure enough, as he reaches the depths of the water, he sees a supernatural force that puts him in touch with his father.

Using this premise Lemire examines themes of fatherhood, relationships, memory and even reality. This is a master at his best and no book reader can skip this. 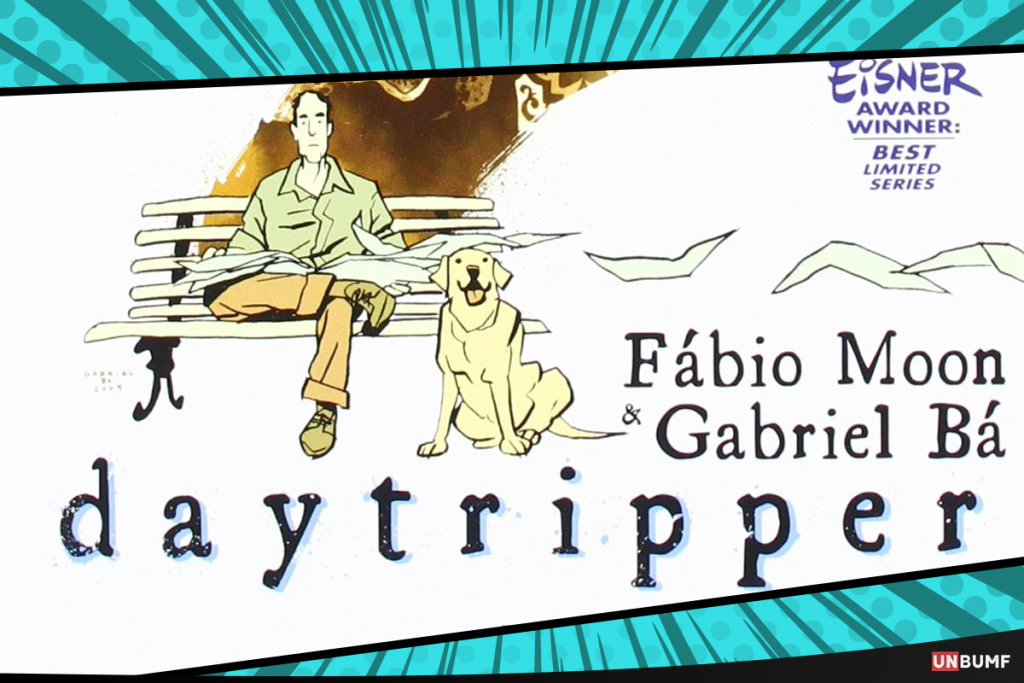 Death, our oldest friend, is the subject of this literal masterpiece. This book contains different chapters which are about different days in the life of an obituary writer. Also, when each day ends, the writer dies, inexplicably.

The readers are then treated to the obituary he would have written for himself after each death. If that isn’t enough for you to pick this up, then keep in mind that the imagination that probably went into thinking off something like this is nothing compared to the rich, nuanced and detailed artwork that decorates each and every page of this book.

A mediation on the nature of death and what it means to us, Daytripper is a beautiful book and deserves to be read again and again.

1. My Favourite Thing Is Monsters by Emil Ferris 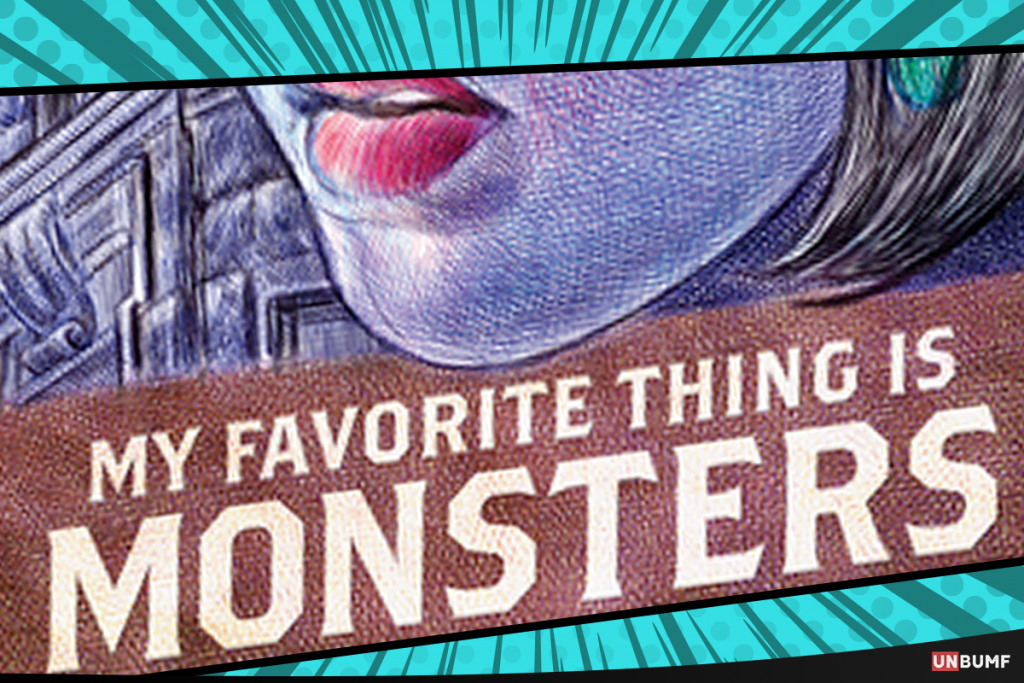 This particular graphic novel and the one following it form part of the honourable mentions of this list, because they are my personal favourites. Emil Ferris was gripped by the West Nile virus and once it left her paralyzed; she decided to tape a quill to her hand and start drawing.

The result of her efforts and wild imagination gave birth to this novel. It is a semi autobiographical tale about a girl growing up in Chicago in the 60s who thinks that she is a werewolf.

The artwork in this book is something to behold, with the swathes of criss-crossed lines giving the book an unsettling feel. It’s worth reading for that one reason alone. 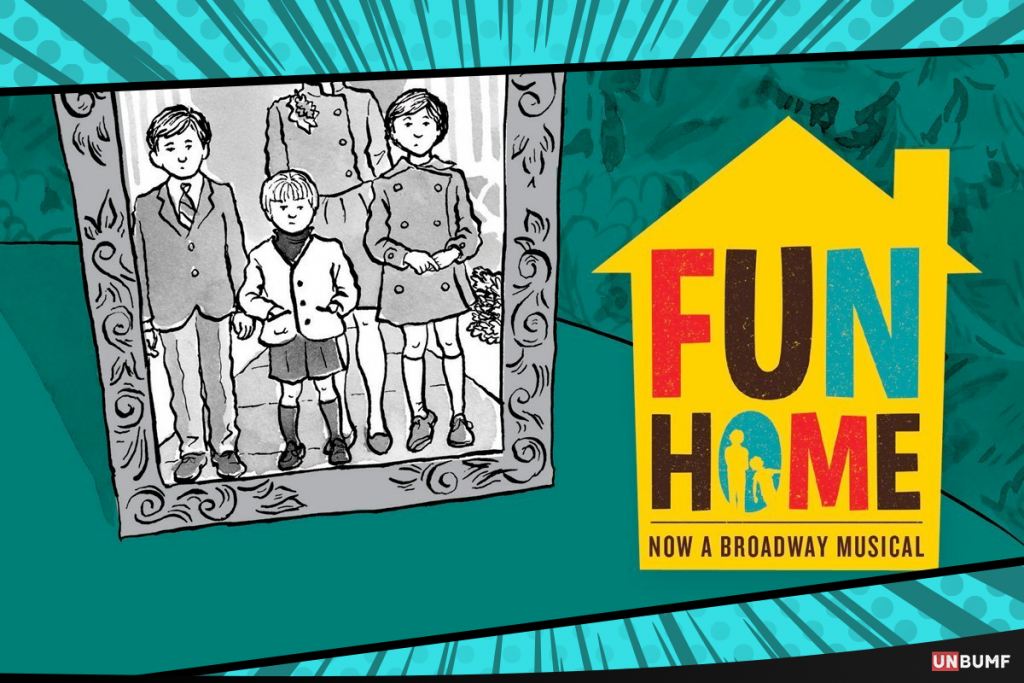 Bechdel writes this novel about her closeted father. The story is about how she grew up with him and is quite a funny book, although it a cuts a little too deep and a little too suddenly at times.

Despite that, it is a very emotional tale written by Bechdel with gorgeous art that has more layers to it than the entire book itself. Frankly, almost anything by Bechdel is a must but if you are going to start somewhere, this is the place.