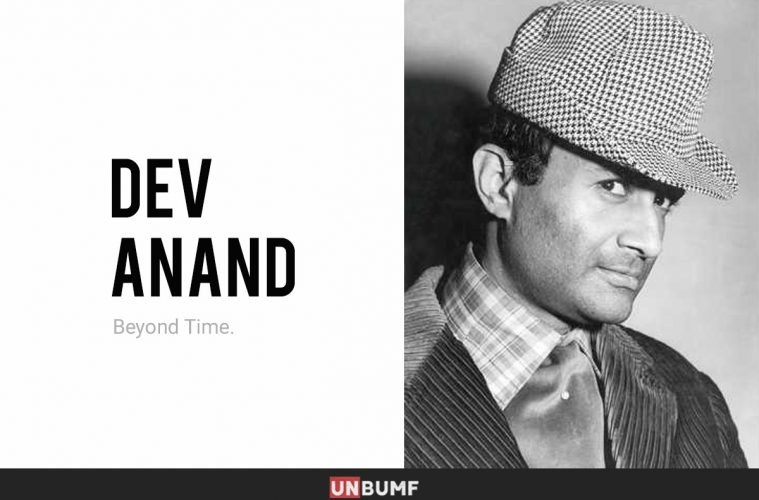 Dev Anand was an integral part of the Indian Film Industry from 1947 till 2011. Be it as an actor, writer or a director, this evergreen veteran was very different from the rest. Dev Anand was born Dharam Dev Anand on 26 September, 1923, in Gurdaspur, Punjab. Anand came to Mumbai in 1940s. He joined the Indian People’s Theatre Association (IPTA) and aspired to be an actor. He got his first break as a lead in Hum Ek Hain (1946).

Since his first lead the man has just been an enigma. He pulled a lot of iconic roles through his career and became a cherished celebrity. On his 95th birth anniversary, we are listing some of the most iconic roles the man has played.

Anand plays a down on luck unemployed man who gets into gambling to support his sister. As luck would have it, he get offered a job in Star Hotel. However, things take a turn for the bad when he unwittingly gets accused of a murder. Anand plays an anti-hero in this movie. This movie fixed Anand’s star status. This was also the debut movie of Kalpana Kartik, whom Anand married in 1954. 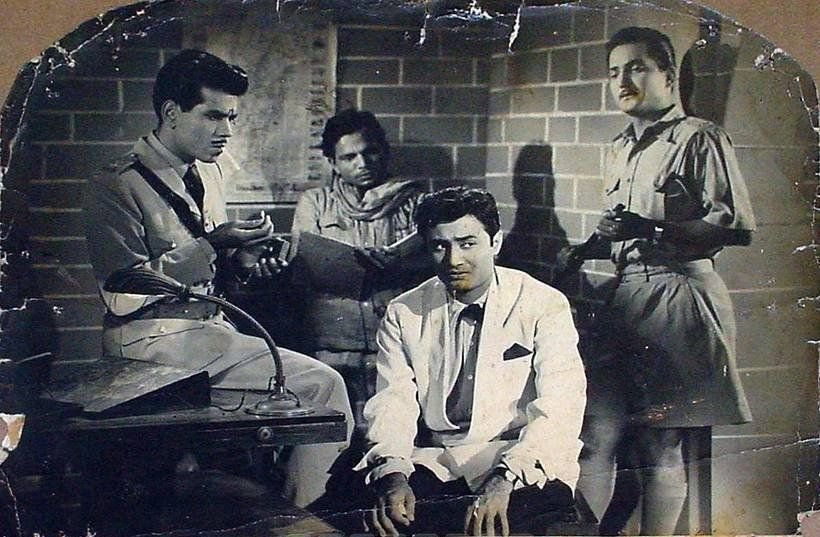 Anand plays Inspector Shekhar in this drama thriller. The inspector is investigating a lead given to him by his journalist friend Shrivastav. However, Shrivastav is found dead and Shekhar becomes a part of a bigger picture. C.I.D. witnesses Shekhar falling in love for his superior’s daughter, while being seduced by a siren from the mob (Kamini, played by Wahida Rehman). This movie is Rehman’s debut. A man of the law, Anand plays his character in a brilliant fashion. 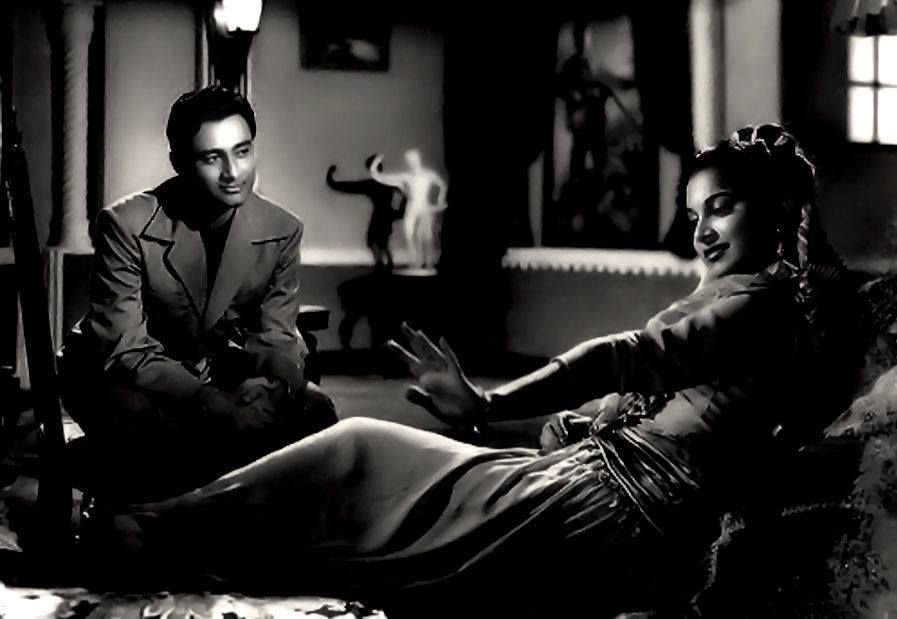 Paying Guest is one of Dev Anand’s memorable movies because this was the first humourous movie he took up. In Paying Guest he disguises himself as an old man to rent a room. He falls in love with the landlord’s daughter (played by Nutan) and then eventually wins her heart. This movie also sees the lovers getting entangled in a murder mystery, before they realise that love prevails all odds. 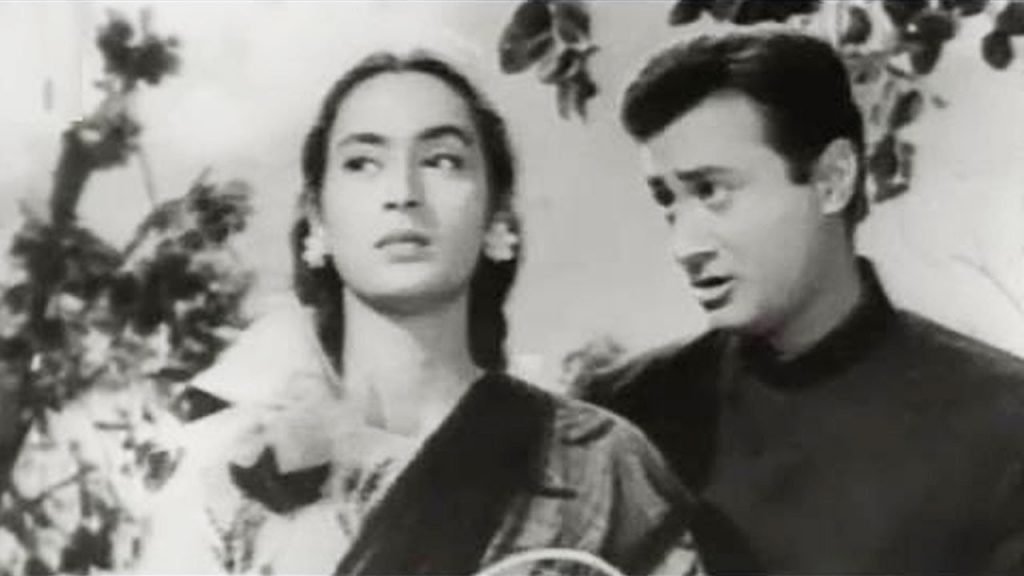 This is the movie with the famous song “Hai apna dil toh awara”. In Solva Saal, Dev Anand plays a journalist Pran, who falls in love with Laaj (Waheeda Rehman). Laaj is the wife in the couple that Pran is following to get a story. However, Laaj gets ditched by her husband after he takes off with her necklace. The movie is all romance and love, and the casting of the leads is perfect. 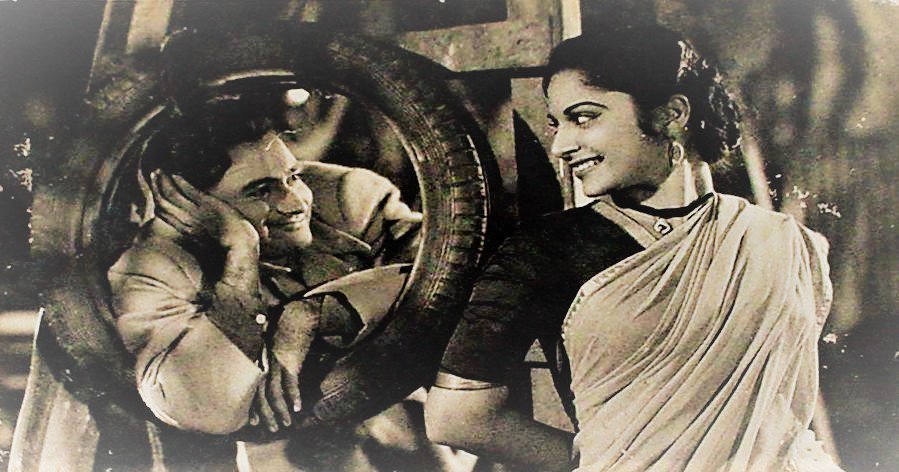 Dev Anand won his first Filmfare for this movie. Dev plays a son, set out to redeem his father falsely accused of murder. As he sets out to clear his father’s name, he gets involved with two different women; the journalist Asha (Madhubala) and the courtesan Kishori (Nalini Jaywant), the latter a witness in the murder. Dev Anand brings out his character’s inner anguish, allowing the viewer to see all the emotions on his expressive face. 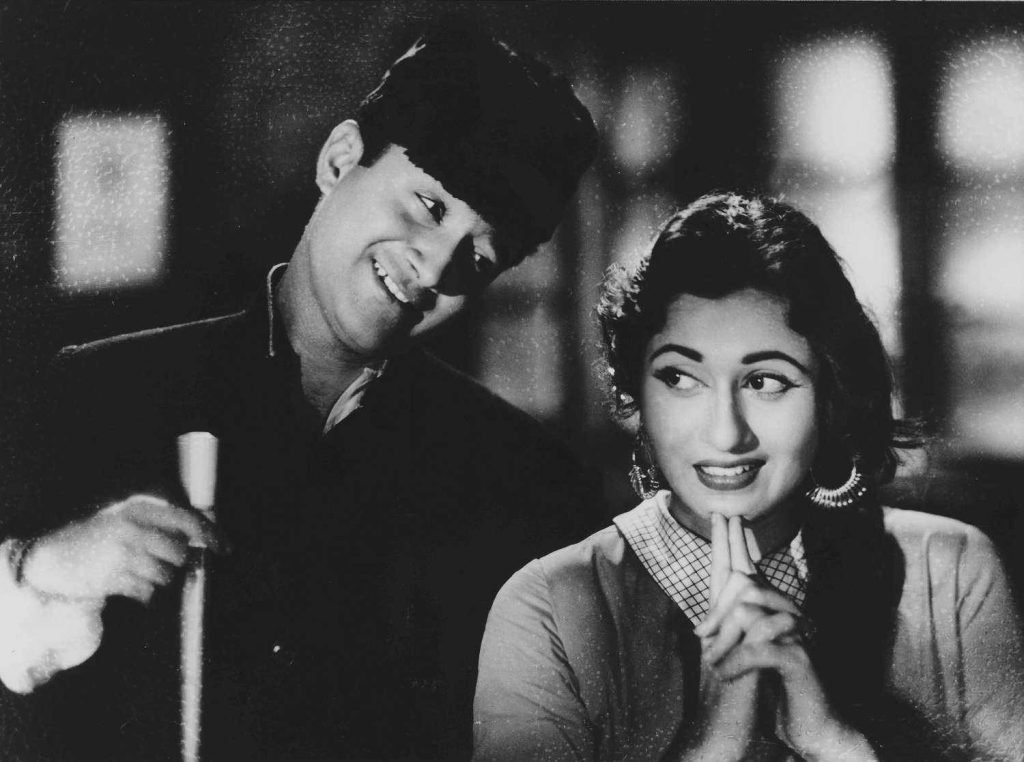 Dev Anand is involved as an actor and producer and this movie turned out to be worth multiple accolades. And accolades it did receive. Anand plays Raju, a guide, who is deeply flawed as a character. He falls in love with a married woman Rosie (Waheeda Rehman) and they take off to make a life together. However, when his vices of drinking and gambling drive her away, he sets off on the long road to redemption after going to jail and trying to prove himself to Rosie and his mother. 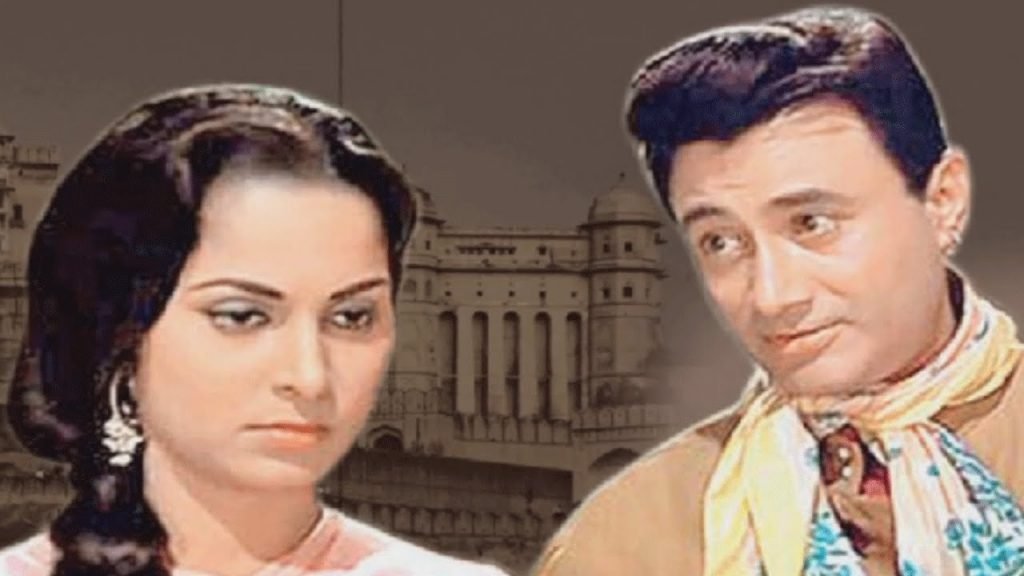 Jewel Thief is a suspence in which Dev Anand plays a man who is impersonating other. If Vinay and Amar are the jewel thief and the same man, is the twist of the story. This movie is power-packed with sensational ladies of the time: Vyjayanthimala, Tanuja, Helen and Faryal. 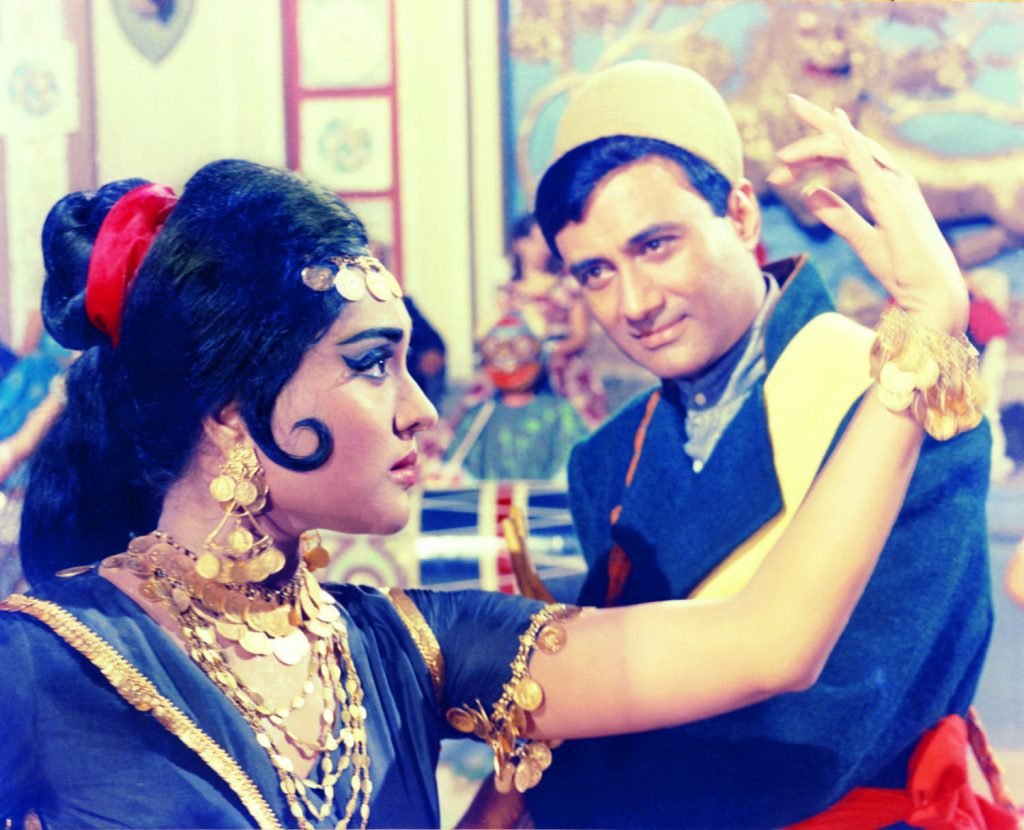 An undercover officer is used to taking up aliases to solve crimes. This time he goes undercover as Johny, to infiltrate a gang to look for his long separated brother. Johny is enigmatic, charismatic and fashionable. He also dates a beautiful Hema Malini in the movie. Apparently the fashion sense that Anand displayed in this movie became his personal style in later years of his life. 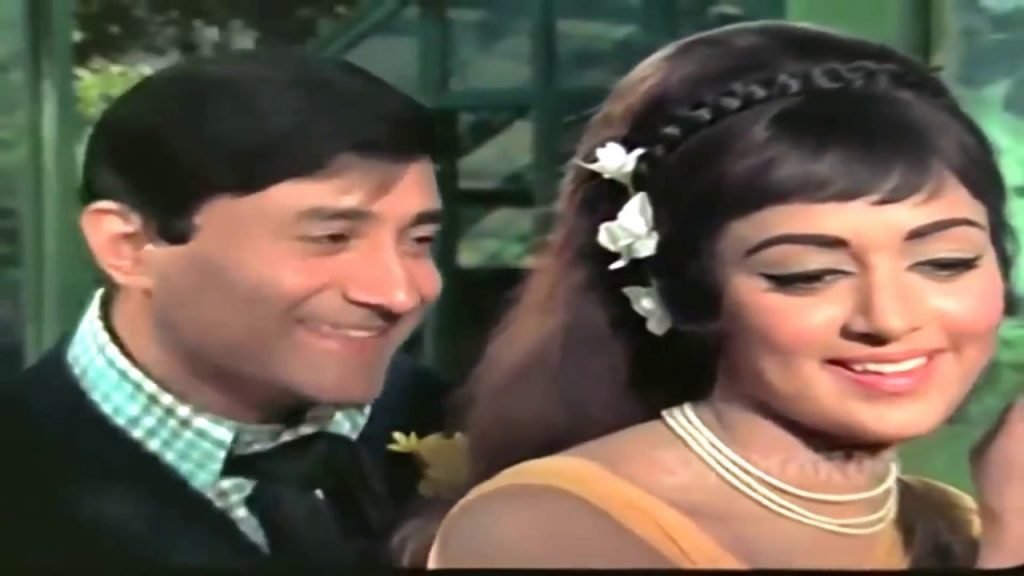 Anand plays an idealistic doctor who wants to give back to the society. But then he decides to practice for money, loses perspective and gets distant from his wife (Mumtaz). But then a tragedy pushes him to rethink his life choices. 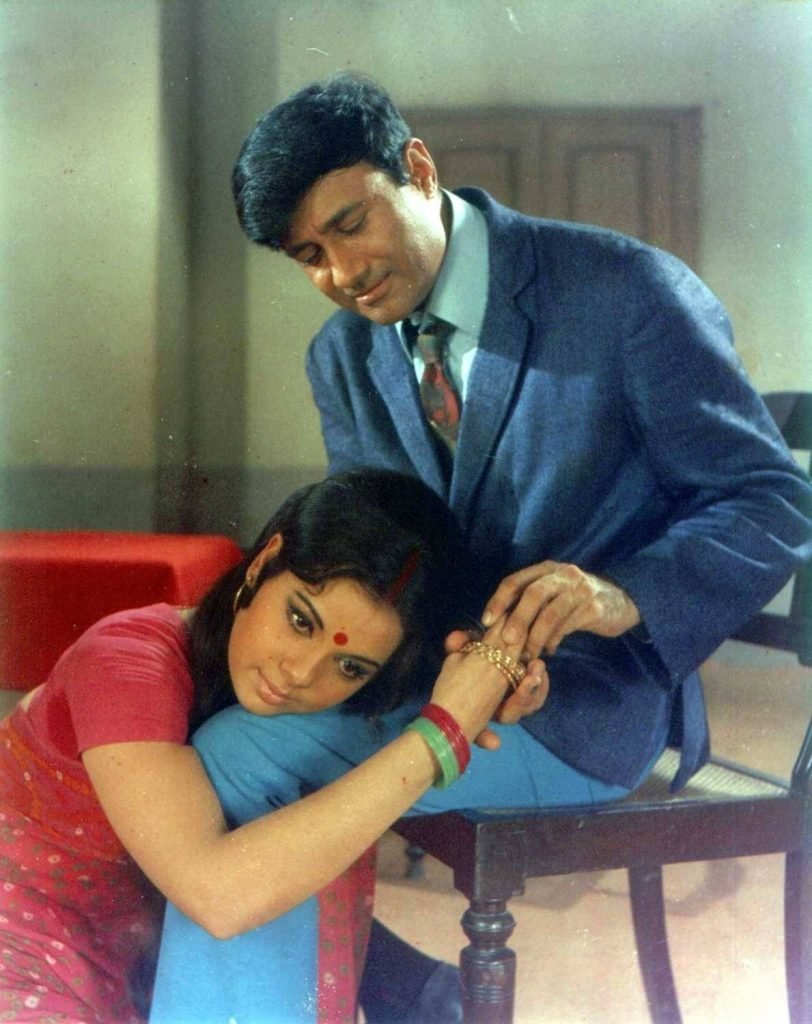 Dev Anand was the protective, loving older brother out to locate and save his sister in Hare Rama Hare Krishna (1971). Although the film also starred Mumtaz, it was actress Zeenat Aman who turned heads. Directing Hare Rama Hare Krishna himself, Dev Anand explored issues of emotional abandonment and drug abuse. Even at 48, the star knew how to relate to the younger generation.

There you have it, 10 most iconic roles. These movies are a proof that Bollywood is not just romance and dancing around trees.