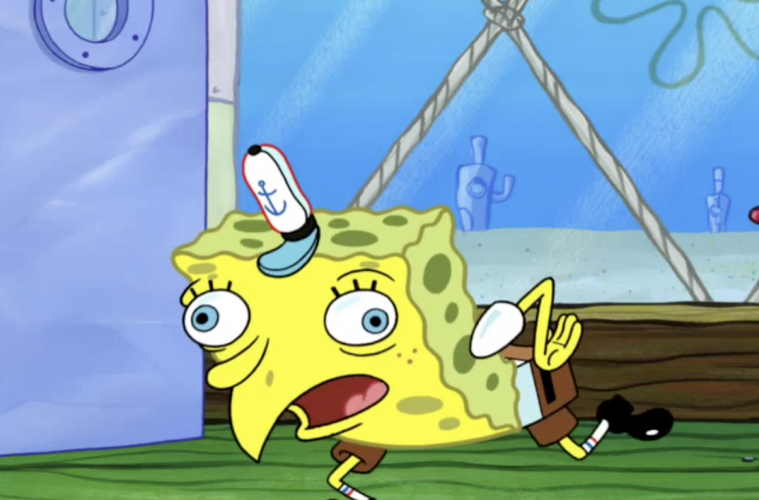 Being a celebrity obviously comes with a lot of added baggage. Being surrounded by Papparazi at all times, our stars are must feel really burdened under the constant stress. Why else would they progressively continue to put their pretty little pedicured feet right into their mouths, that too with such abundance of confidence? You thought Hardik Pandya talking about his sexual exploits on Koffee with Karan was stupid? We suggest you analyse these statements.:

Oberoi junior has made a lot of wrong choices in life *ahem*; mostly in the type of movies he has signed. However, nothing beats this ultra subtle comparison:

“People are saying that my performace as Kaal (the villain) in Krissh 3 is as good as that of Heath Ledger as the Joker in Batman”.

Jane Austen most certainly turned in her grave when she came to know that Aisha was an adaptation of her novel ‘Emma’. And while Ms. Kapoor is not the brightest egg in the basket, even we were a little taken aback when she candidly gave out her opinion on Koffee with Karan stating: “If you are not good looking, you are considered a good actor. You know what I mean?”

Yes, Sonam, we do know what you mean. KJO definitely has a knack for bringing out the best in people, as a certain Mr. Pandya would agree.

It takes one Miss Kapoor (now Mrs. Khan) to trump another when it comes to unabashedly stupid statements. Talking about her role in “Main Prem ki Deewani Hun” (THAT movie deserves a post of its own) she said : “I don’t think any actress in the last 10- 15 years has essayed a role of this depth”. Wow. But that is not all. On being asked which laptop she used, she said “I don’t know anything about hardware, but it’s a green one.” Wait, it gets better.

When asked about Saif’s favourite song, her reply was “Stairway to moon by Led Zeppelin”. I meeeeeeaaaannnnnnn, come on girl, get it together!

Yes, the same actress who went from some mega budget movies like Dhoom to Bigg Boss, and then into oblivion. Showcasing her deep sense of ethnic inclusion and respect for the human race in general, Rimi said “Rohit Shetty is amazing as a director. He can make even a black African look pretty.” Wait, WHAT? 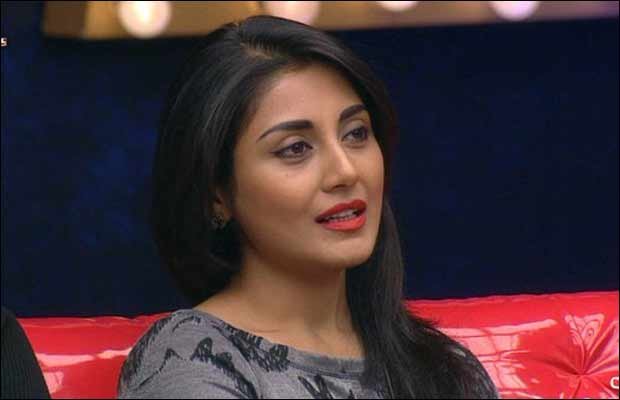 Honestly, Varun, we never did expect too much when it came to the intellectual aspect. But then, you chose to bless us with this wonderfully apt observation when you said “Have you watched Inception? Did you like it, understand it? Then you will like Dilwale.” Very well. Oh, and junior Dhawan also seems to think that “Alia Bhatt is the Rober De Niro of our generation.” *Do not roll your eyes, kids. It is okay. Breathe!*

Talking about the Dhoom series, junior Bacchan famously said “Uday Chopra and I are Dhoom. Other actors may come and go, but we go on forever. We are like Batman and Robin.” I wonder how many of uncapered capered missions will he be able to pull off with his trustee side-kick, who is busy schmoozing anything that moves in a skirt and does not want him.

Rakhi Sawant is our desi JLO (by her own admission, might we add. The only people she feels comfortable being compared to are Jennifer Lopez and Madonna.). In a truly heart touching moment, Rakhi decided to give out this social message: “Whoever loves their daughters, I appeal to them to remove fans from their ceilings. Keep table fans if you must.” Of Course, on coming across the things said about her by Karan Johar and Ranvir Singh on the AIB Roast, she said “I am sure they would never say such things. Their voices have been dubbed. Unke saath chitting hui hai.”

We believe this is exactly what has happened, because why else would these people even want to comment on Rakhi or rather even think of her existence?

When she gets a little time between working out and making videos about working out, this Bong beauty likes to answer questions displaying her general knowledge (or lack thereof). On being asked whether she knew who it was that started the Olympics, she replied “I think it was Adolf Hitler”. We can definitely think of a few people whom we would like to send to a concentration camp.

Ms. Sherawat is no stranger to random statements. However, even we were taken aback a little with this deeply insightful comparison with Barrack Obama: “ I feel that my life is the same as that of Obama. I am from Haryana, but I changed the rules of the industry with my work and so has Obama.” Did she mis-pronounce the name she wanted to state? 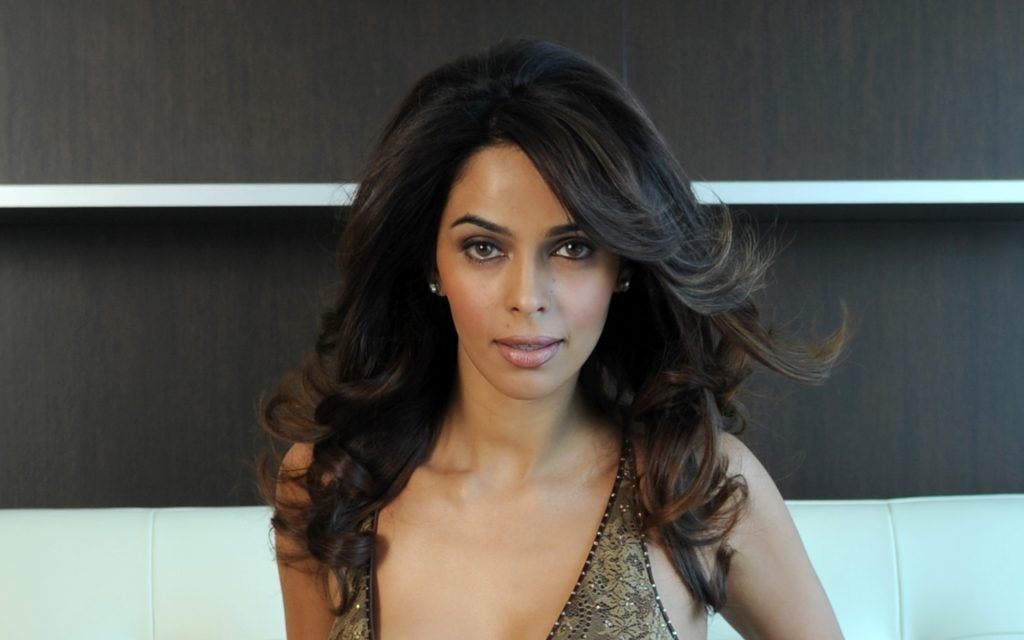 We understand being a little stupid. But there is a special kind of agony attached to listening to the statements of the pseudo intellectuals. Talking about nepotism in Bollywood in an open letter, the Nawab of Pataudi famously said “I think it is extremely relevant in a conversation on nepotism, which means family favouritism, to talk about genetics and eugenics. Eugenics means well born and in a movie context, the genes (the DNA we are born with, not the blue trousers we wear) of, let’s say Dharmendra’s son or Amitabh Bachchan’s son or for that matter, Sharmila Tagore’s son come into play.”

“Because people are interested in what their children will be like and whether they will have the genes of their parents, in terms of their talent. If you need another example, then take race horses. We take a derby winner, mate him with the right mate and see if we can create another grand national winner. So, in that sense, this is the relationship between genetics and star kids. Hope that’s clear?”

Wow Saif. How does one even manage to put together so much crap and still sound authoritative? Extra marks to you for taking low blows at journalists with statements like “As for the girl from Elle,” “I’m sorry you found words like eugenics in a conversation about nepotism misplaced. Perhaps if you got your head out of the hemline of the actress of the month and read a book, your vocabulary might improve.” We always wondered what it was that prompted you to sign a trainwrecked movie like Humshakals. We now realise it was just Karma.

But that is not all, ladies and gentlemen. As a special honorary mention, we have brought you tweets by none other than Uday Chopra. Inspired by the amazing *stuff* that he’s smoking, Ali bhai seems to have stumbled on these little nuggets of pure truth:

i) “I have figured out why people aren’t happy. It’s because they are sad.”

ii) “Is there such a thing as a bi-polar bear…and is he into both male and female bears or is he just a passive aggressive bear ?”

iii) “If I have a son I will name him Hashtag. Hashtag Chopra, I like the sound of it or just #Chopra”

iv) “Can we actually think about thinking and does that count as 2 thinks…or still just one?”

Would life even be worth living, if not for Uday Chopra’s tweets? Remember Uday, it is puff puff pass….. 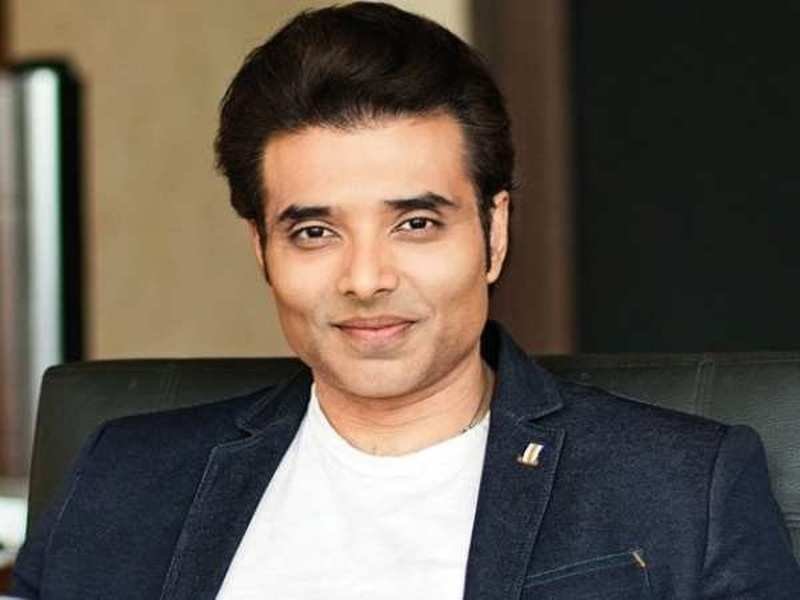