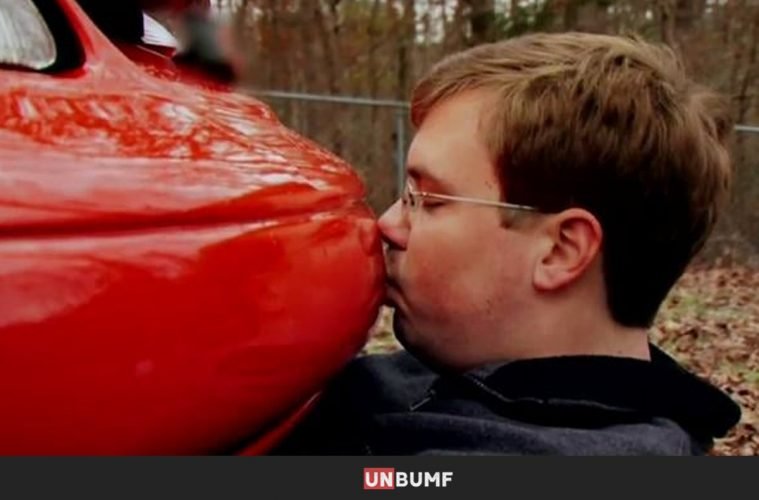 10 Most Weird Addictions People Have

The world we live in is  a strange place with strange people. Yes! everyone is unique with his or her own little idiosyncrasies, quirks and fancies. But a few exceed all limits and pursue their obsession for the weirdest things ever.

In other words, it can be said as an extreme form of habit (like you do not become an alcoholic because you drink socially. It is possible only when you are compelled by your social, psychological or environmental factors to take up these as habits. As Ranbir Kapoor’s character puts it in the movie Sanju, “Maine pehli baar drugs liye kyunki main dad se naraaz tha, Doosri baar kyunki maa bimaar thi, Teesri baar tak main drug addict ban chuka tha”.

If you love the smell of petrol/Vicks Vapor Rub, like eating chalk or licking Bournvita and consider them to be wacky, then sorry you are wrong. You have no idea to what extent can people go to satisfy themselves. We are not talking about drug addicts, alcoholics, smokers, or gamblers… these are now archaic addictions and easy to find around the corner.

We present to you some of the weirdest addictions of the people around the world. These include from sniffing diapers to eating dirt from the ground and some love drinking blood!!! It sounds unimaginable, right? But it is true.

In our childhood days, we all read/saw about the blood drinking vampires in books and horror movies and thought it was just an imaginary figure inspired by vampire bats to scare the audience. Can you think of a such a thing in real life ? It is gross and unimaginable but it is true.

Julia Caples, a 45-year-old woman, admitted to drinking nearly two litres of human blood everyday. And she has been doing this from the past 30 years!

Another Vampire lady, Michelle has been addicted of drinking pig and human blood for last 15years. She became addicted to it when she accidentally tasted pig’s blood. While she gulps down approximately 5 liters of pig blood every day, her real fix is human blood and needs it at least once a week.

Everyone loves the pleasant fragrance of fresh flowers, new books, swampy earth etc. But we have a unique personality Luis Squarisi, a 42-year-old Brazilian, who loves to smell dead bodies. He even had to quit this job, to feed his addiction.

Imagine you have lost your way in a desert, you are roaming from this direction to that but unable to locate the path. After some  tenacious efforts you are tired and thirsty but you don’t have a single drop to drink. What will you do?? Since it is a do or die situation you can drink your pee.

But in a sane state of mind will you drink your pee??? Of course not.

But we have Carrie who loves drinking urine, which gives her a boost of energy. Over the last four years, she has consumed 900 gallons of her own urine.

Lisa is addicted to licking her cat and eating the cat’s hair and she cannot spend a day without doing so.Many people have pets and some tolerate a hair or two of their beloved in their soup. But, Lisa simply can’t live without licking her cat or eating its hair every two hours.

Nicole, 26, loves to pull out the hunks of dry wall to eat them. This addiction has left her home with big holes.

5. Having Dolls As Companion

Man is a social animal, he needs other people to express and interact. In this so called modern world we are so busy  with work and social media that we are isolating ourselves and prefer staying in a cocoon of our own. We do not have time for feelings like love, affection and care. As kids we played with dolls and considered them as our counterparts but nowadays kids are also happy with digital media like video games, YouTube cartoon videos, androiA games and what not.

In this era we have a man named Dave who is in love with Sidor, with whom he sleeps, eats and stays together. Surprisingly, Sidor is a doll made out of plastic. We have people around us who have crossed limits of isolation, they are so isolated and deserted that they are expressing their love to plastic dolls.

Josh loves eating glasses and it is said he has consumed more than 100 glasses and 250 light bulbs till now.

Another apparently addictive item from the cosmetic aisle – nail polish. While there are a few people who claim to be addicted to sniffing it, Bertha, 23, featured on MY Strange Addiction loves drinking the stuff, downing around 5 bottles of nail polish in a day. She drinks nail polish after she gets thirsty.  She loves to drink blue flavour or anything with glitter in it.

“I love sports car.” These are common phrases we come to hear every now and then but to what extent can you be obsessed with your bike/car?

Nathaniel, 27, is in love with his car to the point that he even has sex with it.

Who does not like eating ice cubes? Crushing the ice cubes with your teeth, and gulping down your throat,  gives such a satisfying feeling on that hot summer day.

Wait!! Let us see what fact we have. US Center for Disease Control and Prevention revealed that many people around the world have a addiction of chewing ice cubes. This is called pagophagia. People with pagophagia are known to consume more than two trays of ice daily. A woman in France reportedly has been consuming 80 cubes of ice in a day for over 5 years. She was hospitalized for severe anemia due to iron deficiency.

Hopefully you are not a person with pagophagia, enjoy the ice cubes but do not get addicted to it.

Have you seen infants and toddlers pulling their hair, and crying because they are in pain!! That seems kindaa funny.

But there are some 11 million people from around the world who have a habit of pulling their hair. This addiction is called Trichotillomania. It is recognized as a impulse-control disorder by experts. Other such disorders include onychophagia – compulsive nail biting and the much more serious, dermatillomania. This disorder entails compulsively picking, scratching or rubbing the skin, resulting in injury and scarring.

Addictions can and do drive people to do crazy things and are capable of alienating them from their loved ones – sometimes for the silliest things. While it can creep you out, one must remember that the people suffering from these weird addictions often have psychological or physiological reasons behind them and need compassion and understanding.