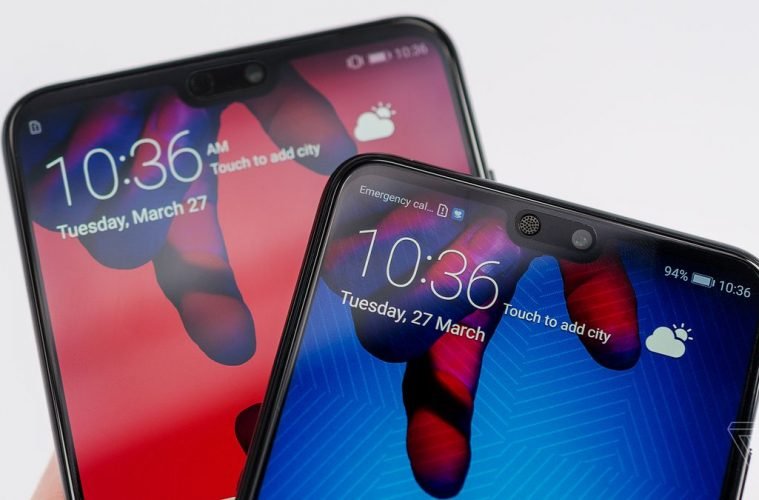 Technology, like art, is a soaring exercise of human imagination.

Every innovative idea of the human brain has led to impeccable technological inventions and left us awestruck. Needless to say, Smartphone is one of these inventions which are a treat to the tech-savvy generation.

From ever-shrinking bezels to the best OLED displays, smartphones have changed dramatically in 2017. And with 2018 in full swing, a novel generation of groundbreaking handsets is starting to emerge.

So, let us have a look at the most exciting flagships to look forward to in 2018: 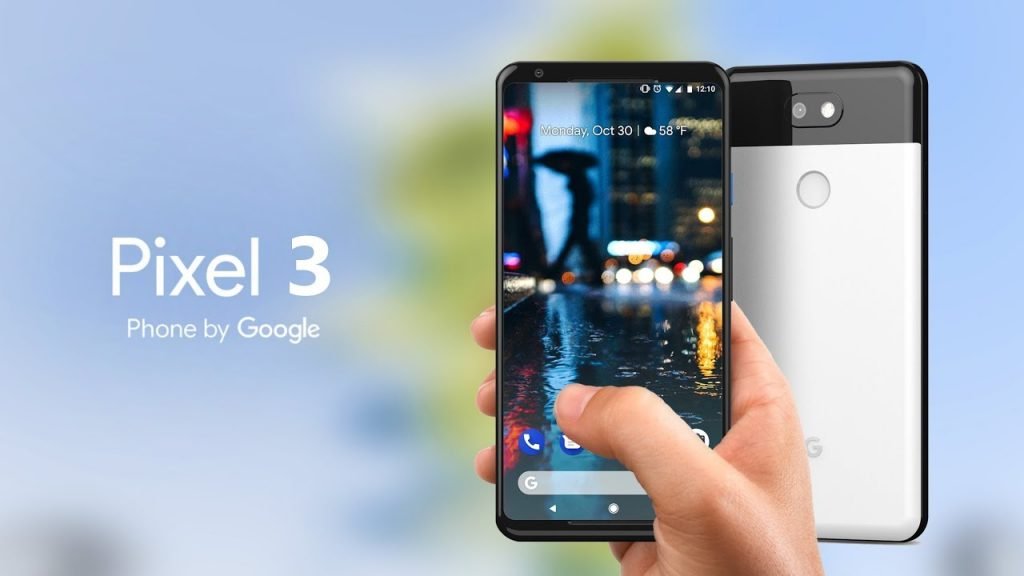 Google is believed to be prepping three takes on its’ Pixel 3. A high-end premium model sitting alongside upgraded versions of the Pixel 2 and Pixel 2 XL.

As always there has been a loggerhead competition between the most talked brands of the tech-industry. Pixel 3 will definitely have the features which will stand-out and enthrall the users. While details are thin on the ground, the premium edition is expected to take aim at the iPhone X Plus and Galaxy S9.

To that end, we are expecting an OLED Screen, facial and iris scanning and a dual-lens camera at the very least. On-screen fingerprint scanner is a talk of the town. We are expecting Google to incorporate this stunning feature in Pixel 3.

If Google really goes out of the way, incorporation of piezoelectric speakers is on the ground. Let us see, how surprising the device will be! 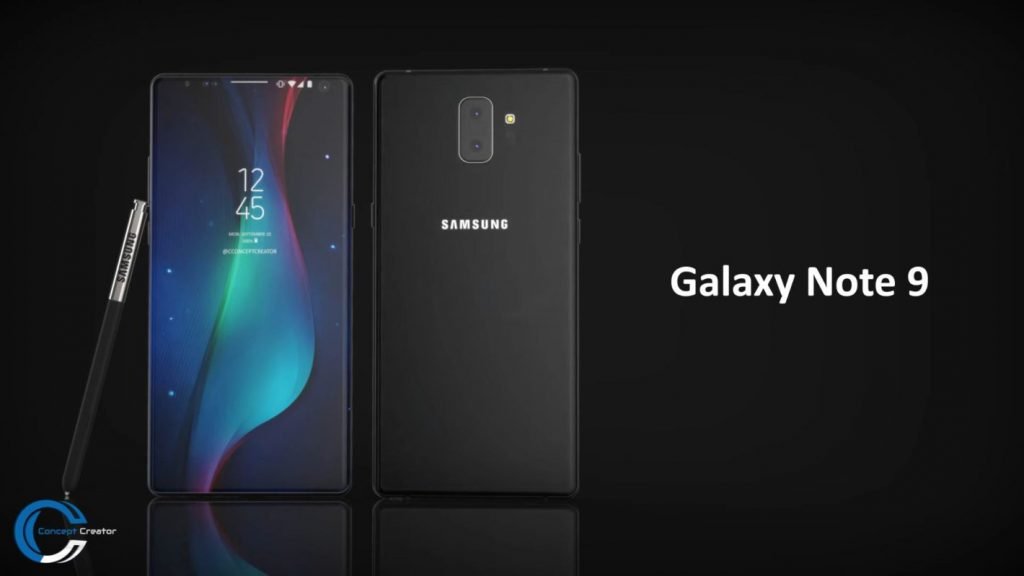 We are still in the early days of the rumors for the successor to Samsung Galaxy’s Note 8, but we may already expect as to how powerful the next flagship will be after the release of Galaxy S9 and S9+.

Note 9 is expected to adopt the Qualcomm’s Snapdragon 845 platform, like the just-released S9 and S9+. Also, the new and upgraded health app which scans your blood pressure is expected to be in-built in the phablet.

A recent report out of SamMobile claimed Note 9 prototype aced the HTML5 Test benchmark with a score of 552, out of a possible 555. Samsung mobile DJ Koh has already confirmed that the next iteration of the company’s virtual assistant, Bixby, will debut in Note 9.

A better design with a better screen to body ratio is anticipated. Also, known for its’ innovation, it will definitely have the on-screen fingerprint scanner along with face-scan and iris scanner. The Stylus, as always, will be improved and upgraded. 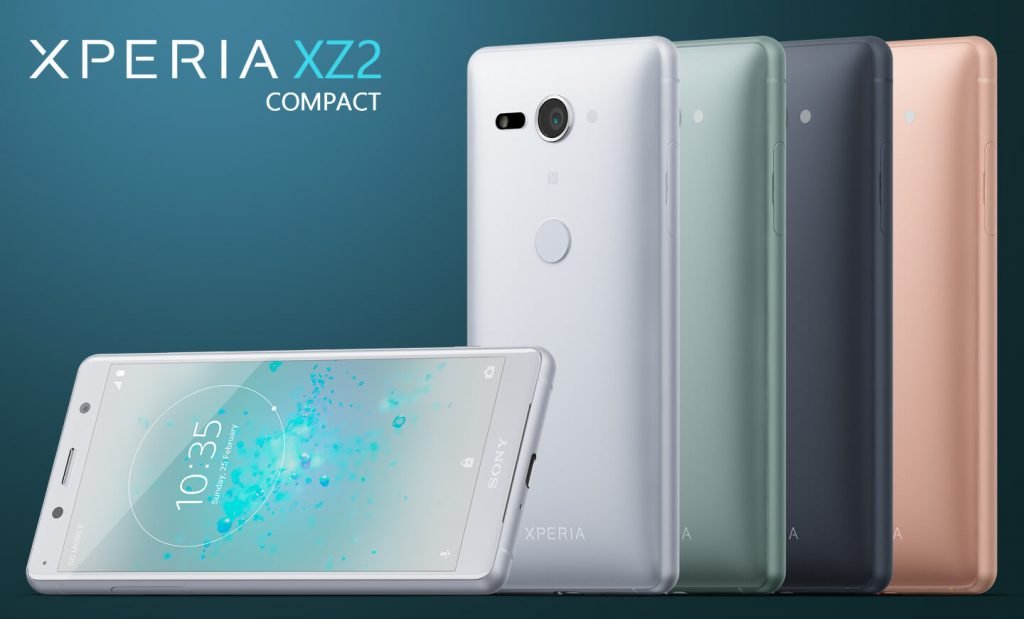 The rumored Xperia XZ Pro didn’t surface, but Sony did bring the Xperia XZ2 and XZ2 Compact to Mobile World Congress (MWC). And they both shift away from the familiar, boxy Sony design we have seen on so many phones over the years.

The Xperia XZ2 is Sony’s new core flagship, using a taller 18:9 1080p display that can upconvert standard video to HDR. The phone packs in power thanks to the Snapdragon 845 chip, plus the 19-megapixel back camera seems more promising than most Sony phone cameras. While the design is a bit anonymous in the sea of Android flagships, it is a nice change of pace for Sony.

Yet we are actually more intrigued by the smaller XZ2 Compact. The smaller build (with a 5in screen) keeps the perks of the larger model, with the same chip, same HDR ability, and same 19MP back camera. This could be the small phone to buy in 2018, especially at a more appealing £549 entry price. Both handsets will be available later in March. 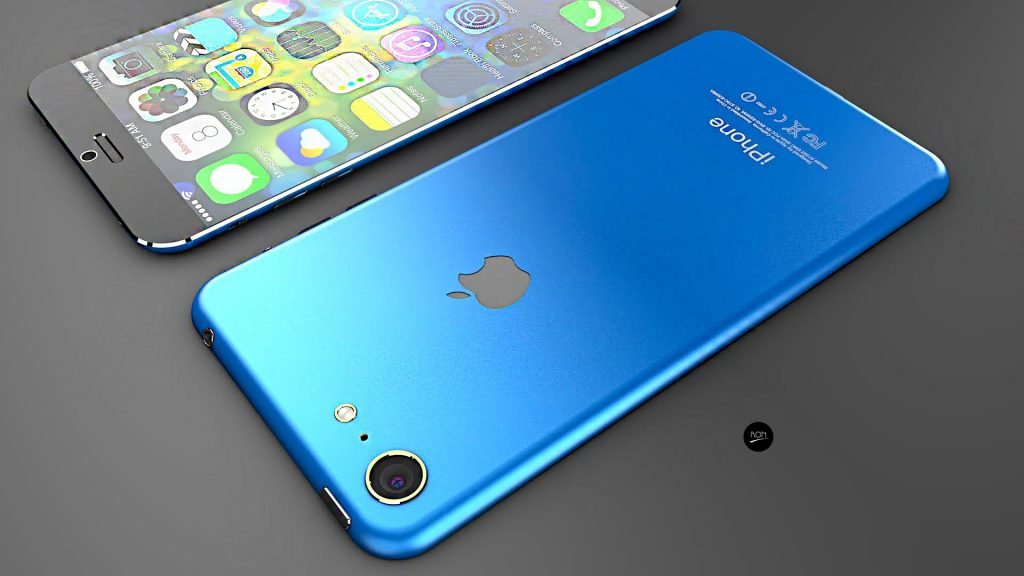 The iPhone X is Apple’s most beautiful handset to date, and a nicely daring twist after a few years of diminishing returns on the same design. But it is also incredibly expensive, putting it out of reach of a lot of prospective iPhone buyers.

What will happen in 2018? If one analyst is to be believed, Apple may extend the full-face screen approach – complete with that divisive notch – to the entire line.

Ming Chi-Kuo of KGI Securities believes that Apple will launch an updated 5.8in OLED model. An “iPhone X 2” or whatever you want to call it, along with two other models.

One would be a larger model with a towering 6.5in OLED display, and the other would fall right in the middle of the two, purportedly carrying a 6.1in display. The difference is that it would be a lower-resolution LCD screen. With that version acting as the entry-level, slightly cheaper model under the iPhone X 2. That might be the new iPhone 9, essentially.

Confusing? Yeah, just a bit. But it does seem likely that the notch-centric, Face ID-packing design is the way of the future for Apple. And it will only be a matter of time before all of its phones scrap the old 16:9/Touch ID approach. Whether that will all happen this year remains to be seen, but we certainly expect some big developments from Apple this autumn. September is usually when we see these things, although the iPhone X didn’t actually release until November last year. 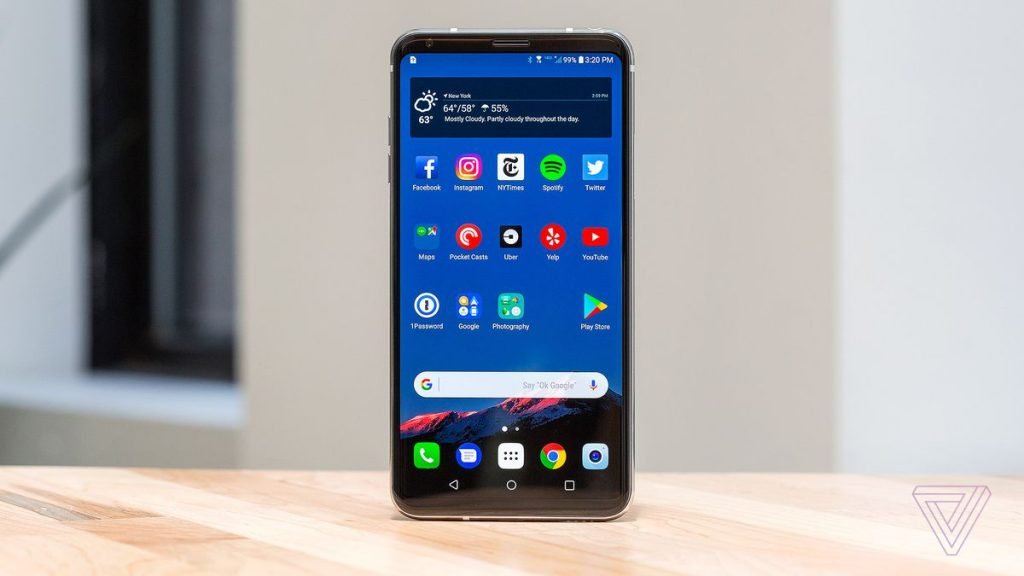 Where is the LG G7? Well, LG didn’t show it off officially at MWC, opting to avoid getting caught up in Samsung’s spotlight. But it was reportedly there, behind closed doors. A journalist claims to have seen the phone, and shared photos of the handset marked the “LG G7 Neo.”

So what’s the deal? Well, it has an iPhone X-like notch, with a full-frame 6in screen aside from the cutout for the camera/sensors, as well as a Snapdragon 845 chip and dual f/1.6 16MP back cameras.

We will see if this really ends up being the proper G7, but noted leaker Evan Blass certainly thinks it is legit. We will probably see the G7 officially in the next couple of months.

And there is a properly-announced new phone too – well, kind of new. The LG V30S ThinQ adds more memory and storage than the original V30, as well as an A.I.-assisted camera app, but otherwise it’s much the same phone as last year’s. 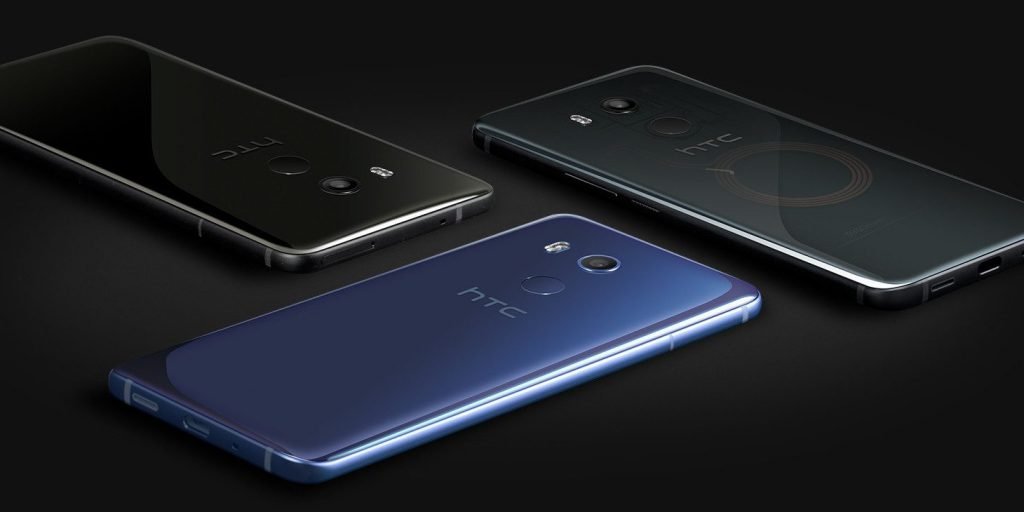 HTC added the HTC U11+ to its 2017 line-up late in the game, shifting to an 18:9 display and boosting a number of areas of the phone. No sooner was the U11+ on sale, but the U12+ started to see some serious rumours.

HTC said that it would be making a return to dual cameras in 2018 and that’s something we now see in the leaks. Elsewhere you are looking at a design that seems to carry forward everything started in the U11+ but updating it. You are looking at Snapdragon 845, IP68 water protection and a pairing of 12 and 16-megapixel cameras on the rear of the phone.
It is expected to make an appearance in May 2018. 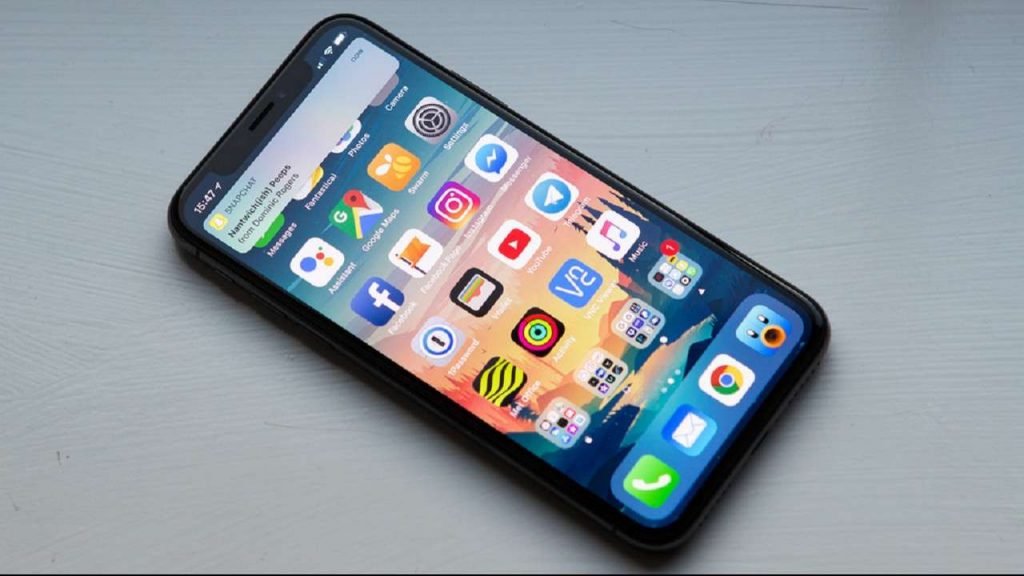 OnePlus might be moving towards a display with a notch design, suggested by a recent leak. We have recently seen Oppo flaunting a new design for the R15 with a notch at the top and we suspect that this will be the foundation for the OnePlus 6. That might see the entirety of the front of the phone being the display, with practically no bezel.

OnePlus will almost certainly use Snapdragon 845 with Android Oreo and Oxygen OS tweaks, while rocking a dual camera system on the back along with a rear fingerprint scanner. There is no word on when we might see it, but OnePlus has been updating fast, so we wouldn’t be too surprised if it was announced in June 2018. 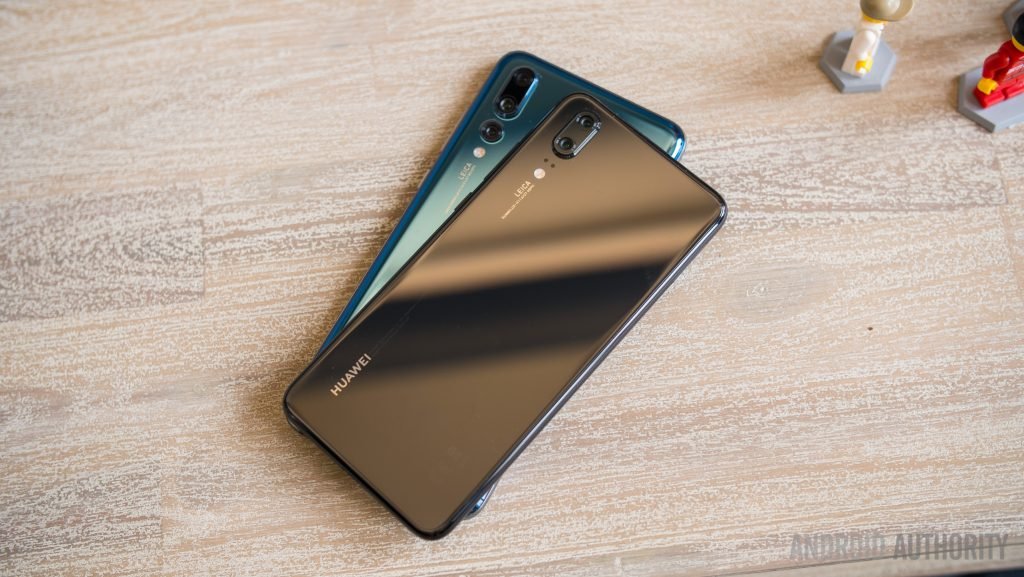 The Huawei P20 has seen a number of leaks as the Chinese company looks to update its flagship smartphone. The P20 has been revealed to be a 5.8-inch with a dual camera on the rear from Leica. While the P20 Pro will move to 6.1 inches and have a triple camera – including a 40-megapixel sensor and a 3x optical zoom lens.

Both will likely be powered by the Kirin 970 and both with feature an iPhone X-like notch on the display. Huawei is really talking up the camera skills, with teasers suggesting great low-light skills and super slow-motion capture. 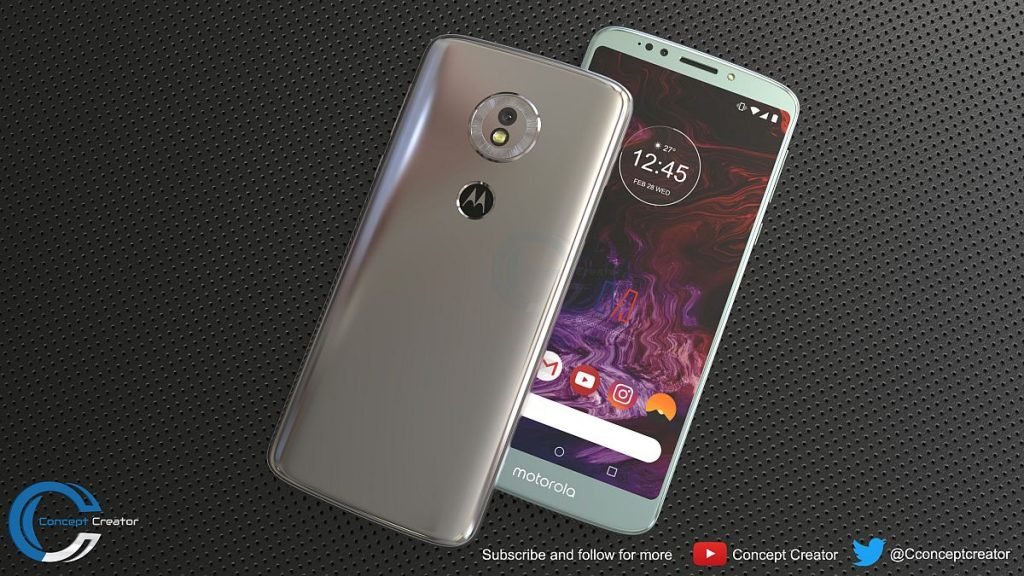 Motorola’s “G” series offers our favorite mid-range smartphones. It doesn’t come with a heavy layer of bloaty software that runs on top of Android, like most phones in its class. And the more recent models have come with a near-premium design that can almost match the look and feel of a pricier flagship smartphone from premium manufacturers.

“G” series phones don’t run the fastest chips, but they are perfectly capable, and the phones are inexpensive, too. The G5 Plus launched at $230, and it’s a fantastic bargain.

With the Moto G6, rumors point to another near-premium design and a display with an 18:9 aspect ratio that’s in line with other flagship Android smartphones. Otherwise, we also expect a general boost in performance and camera quality.

Lenovo-owned Motorola is likely to announce the G6 during MWC, like it did with the G5, and the device itself will probably release in the Spring of 2018. 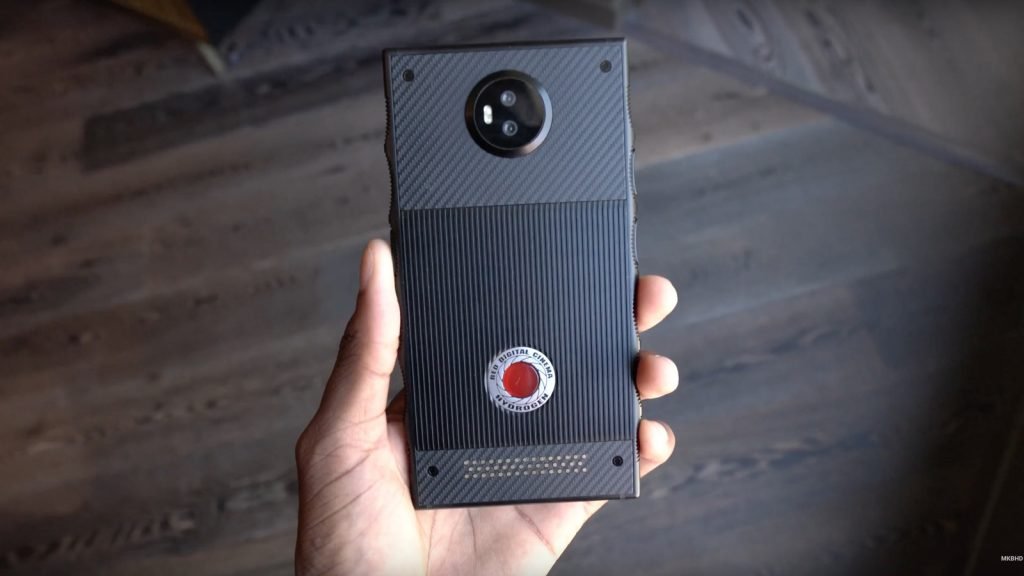 We haven’t heard much about the Hydrogen One smartphone since it was first announced by the ultra-high end professional camera company RED in 2017. But pre-orders are shipping this summer, and it should be an interesting device.

For one, we expect the camera to be utterly stellar. RED makes cameras that are used for blockbuster movies, so we are really not accepting anything less than class-leading here.

Its camera is also modular, in the sense that you can attach new lenses or other gadgets to change how you use it for filming. It has an unusually chunky design that could look out of place among the ultra-sleek stalwarts of the smartphone industry. But it’s also packing “holographic” display technology, which is said to make video pop out of the screen. We have yet to see for ourselves.

Clearly, this is way beyond our imaginations.

Every technology and its flawless incorporation in these handsets make them stand-out in the every-growing and competitive technological world.

So, all the tech-savvy people, gear-up and wait for the unimaginable handsets of all times and enjoy every innovation with zest!