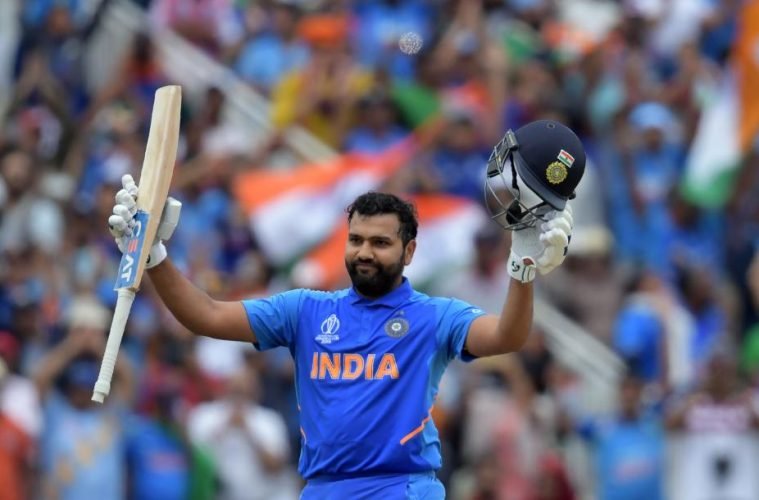 The Cricket World Cup 2019 finally marked its end with hosts and pre tournament favorites England going on to lift their first world title. Overall, the marquee tournament witnessed some really crunch games even though there was the occasional rain to cause trouble. From tears and disappointments to happiness and joy, it encompassed a wide array of feelings amongst the players and fans throughout the course of the tournament. Here we take you through the top ten moments that kept the cricketing universe at its feet:-

A loss that was the most difficult to sink in for the West Indies. Dead and buried in the runchase after being reduced to 164/7, Carlos Brathwaite led the charge for the Caribbean. The power hitter displayed his batting prowess by playing a sensational knock of 101 runs from just 72 balls. With just one wicket in hand and 32 needed off the last three overs, Brathwaite went bonkers on Matt Henry. Thereby smashing him for three consecutive sixes as he brought down the equation to 8 off 2 overs. However, Brathwaite went for the glory shot and ended up finding Trent Boult at the boundary. He sank into the ground before the Kiwis lend him a hand and applauded him. Almost pulled off another ‘Remember The Name’ sort of a win. 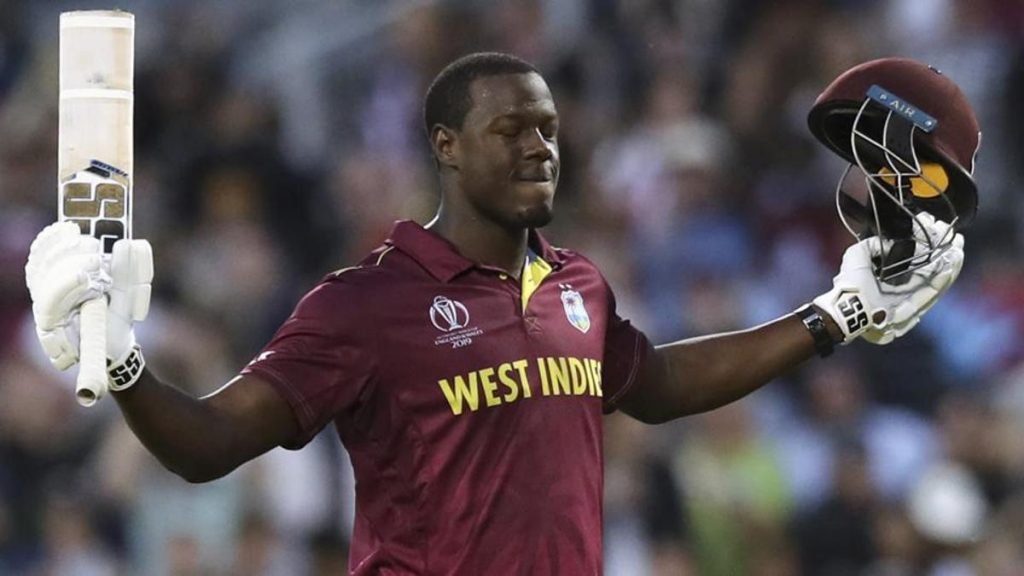 The leading run scorer in the tournament, Rohit Sharma who wasn’t in a great patch heading onto to the World Cup set the stage on fire with his outstanding batting. Not only did he give India great starts but also ended up scoring an unbelievable five hundreds in the tournament. His aggregate of 648 runs was just 25 runs short of Sachin Tendulkar’s record in 2003. With Dhawan being injured, Rohit took the responsibility in his hands. His centuries came in big games against England, Pakistan and South Africa.

Coming back to international cricket after a one year break, David Warner seemed like a hungry lion waiting to pounce upon his meal. Inspite of dominating the IPL, he showed no signs of weariness as he continued from where he left. Smashing 647 runs in the World Cup, he nicely adapted to the English conditions, by starting slow initially before going all guns blazing. His batting at the top was a revelation to the world that he had still got it in himself. 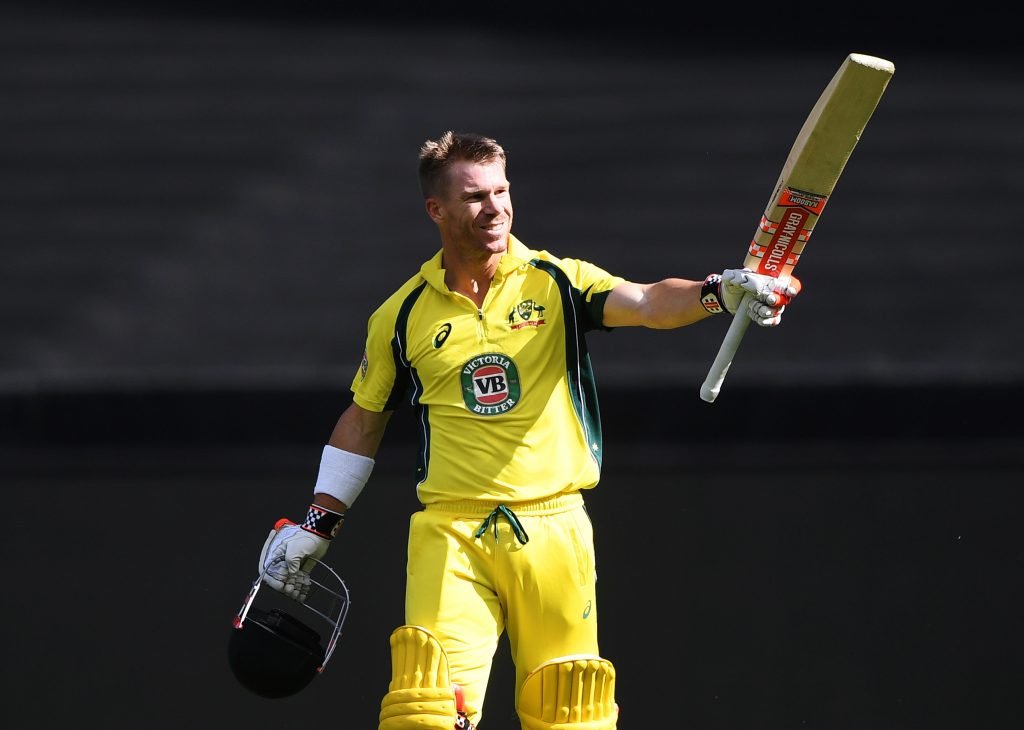 Kane Williamson was the lone figure in the Kiwi batting lineup that stood up time and again. Not only did he deliver but ended up contributing more than 30% of New Zealand’s aggregate. His tally of 578 runs was the highest ever by any captain in a World Cup. Winning the Man of the Tournament for his significant batting will surely be the highlight of his career though the trophy deluded him for a second consecutive time.

The left arm pacer bowled some ferocious spells throughout the course of the World Cup. The tall man was an absolute athlete as he constantly bowled in speed ranging in 150kph and picked a major chunk of wickets. A total of 27 wickets that too at a splendid bowling average of just 18.59. Starc never ran out of any sort of weaponry in his armour and his impressive numbers are a clear proof. 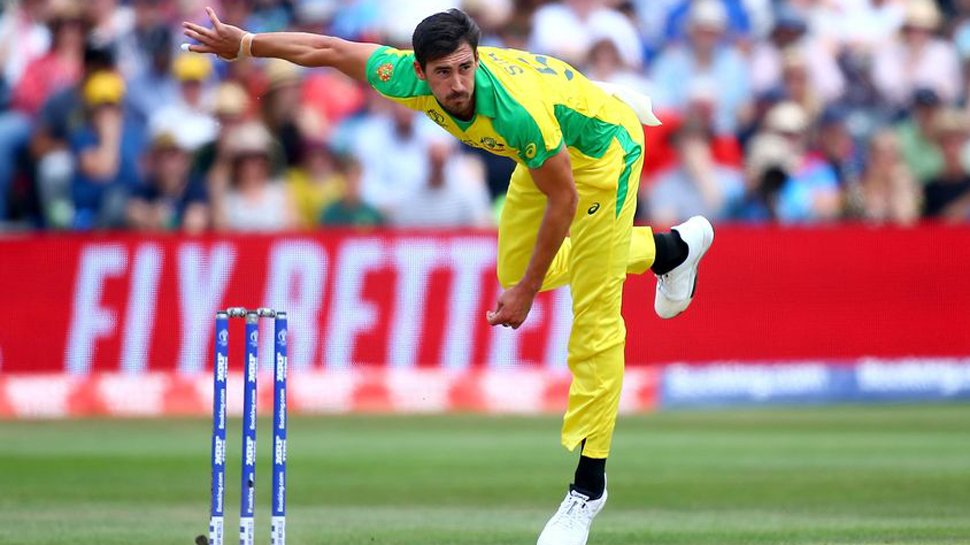 India’s fast bowling fortunes changed forever, the day Jasprit Bumrah decided to become a pacer. Whether it was the initial overs of the first powerplay or at the death, the right arm pacers picked (18) wickets at his will. The opposition batsmen failed to tackle him completely. Not only did he lead the Indian pace attack with such valour, but also inspired confidence amongst the group to come out together and adopt an all attack approach. His economy of 4.42 was the best in the tournament for any bowler in the tournament.

A couple of months back, Jofra Archer had barely managed to make a place for himself in the England squad. Yet he was the man who bowled the over that mattered for his side to win the most coveted title. Hailing from Barbados, the 24 year old put up some remarkable fast bowling by constantly hurling the shorter deliveries. Not only did he pick wickets at a staggering pace for England but also bowled at en economy rate of 4.57. His 20 wickets in the tournament came at an average of 23.05. 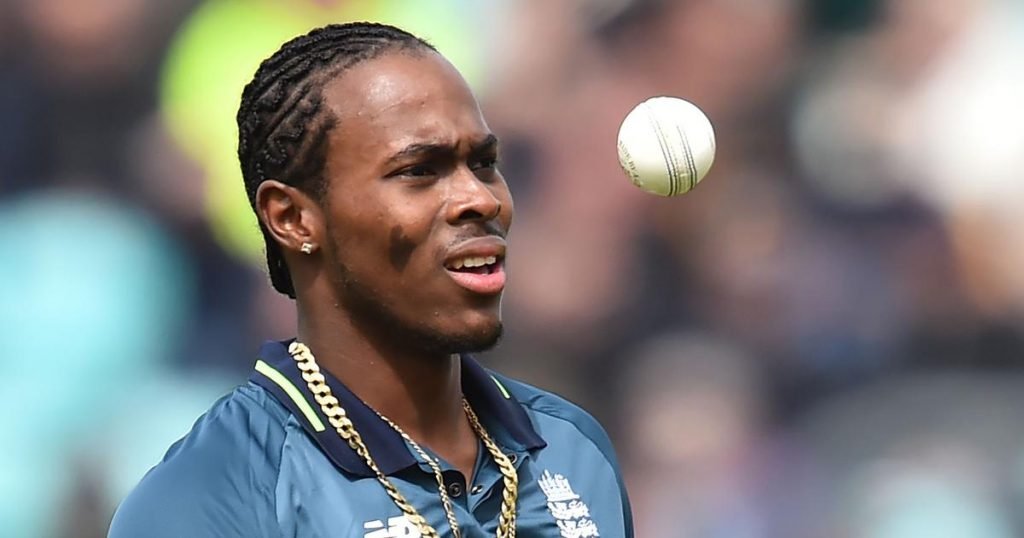 A case of ‘so near yet so far’ for Afghanistan as they stood a real chance to defeat the 2011 World Cup winners at the biggest stage. After restricting India to a low total of 224, the Afghans stalwarts brought down the equation to 40 runs required off 30 balls with Mohammad Nabi leading the charge. The game was alive till the last over where Mohammad Shami who was playing his first game of the tournament took a hattrick and produced a spectacular win for India.

England did not have a dominating campaign in the World Cup. The losses against Pakistan and Sri Lanka came at crucial stages. While Pakistan soared their levels of unpredictability scoring a mammoth 348 runs in total, the Islanders managed to defend a modest total of 232 against the mighty and robust England batters. The resurgence of Lasith Malinga was enough to provide a reality check on the Englishmen who were all brimmed with overconfidence up till then. 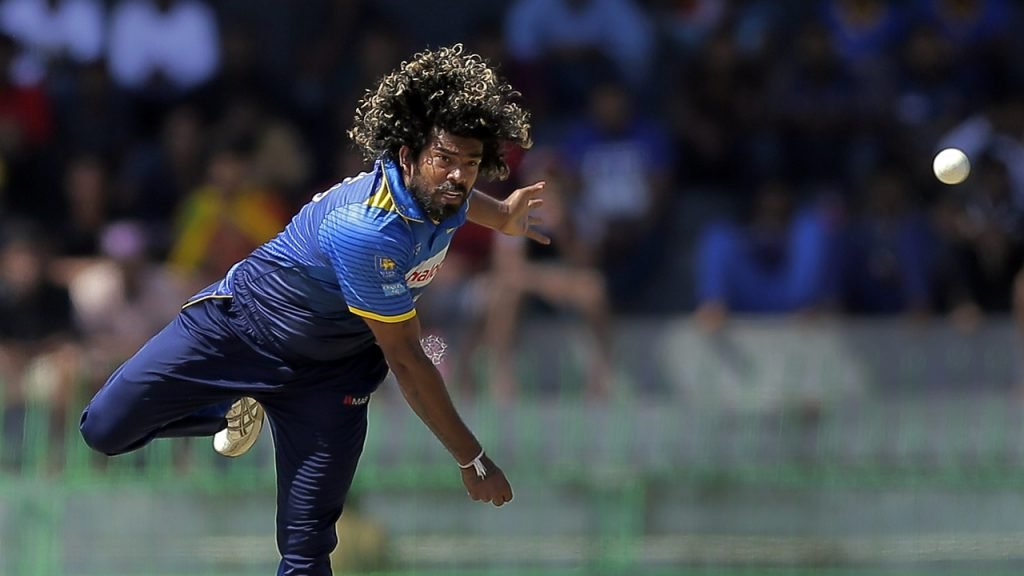 A top order consisting of KL Rahul, Rohit Sharma and Virat Kohli were back to the pavilion with just 5 runs on the board. The Top 3 scored 63% of the total runs scored by India in the World Cup. Hence when there was a collapse at the start, the Men in Blue were in no way prepared for a situation like that. The inexperience in the batting lineup was in full display as the middle order batsmen ended up playing wayward shots. Ravindra Jadeja’s knock of 77 runs from 59 balls allowed India to take the game deep but they eventually fell short by 18 runs.

Winning the toss and electing to bat first, Australia would be fancying their chances against an England side that had lost all three of their games chasing. However what followed was a sensational spell of fast bowling by Jofra Archer and Chris Woakes that had the trio of David Warner, Aaron Finch and World Cup debutant Peter Handscomb with the scoreline reduced to 14/3. Australia did recover though not completely as they couldn’t put up a big total on board. England cruised to victory riding on openers Jason Roy and Jonny Bairstow.

Before the World Cup started, there were many predictions of totals exceeding 400 runs. In fact, teams failed to cross the barrier even once. The closest someone came were the hosts who posted 397/6 against Afghanistan courtesy Eoin Morgan. A magnificent and electrifying innings of 148 runs from just 71 balls. The England skipper in his whirlwind knock went on to hit a record 17 sixes as the Afghan fielders turned into mere spectators. It was a pleasant sight to watch the captain in full flow. 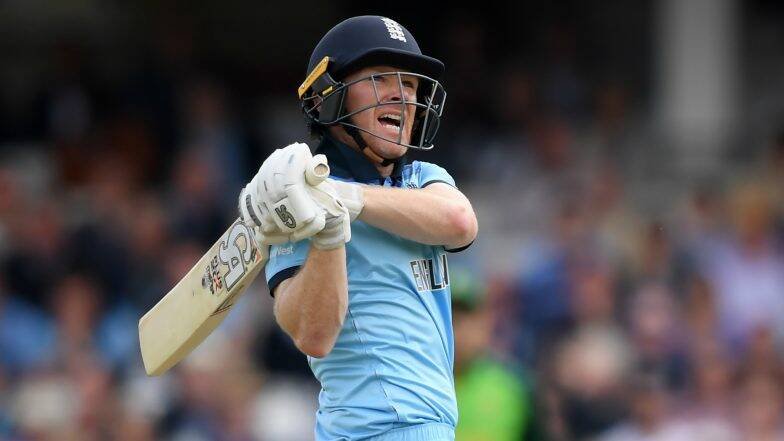 No other cricketer in the history of the World Cup had ever done a double of scoring 606 runs and picking eleven wickets. Arguably the greatest all rounder in limited overs cricket, Shakib walked out to bat every time Bangladesh lost an early wicket and revived them. His bowling in the middle overs was quite impressive as seen in the game against Afghanistan where he picked a fifer. The versatility that he provided to his skipper was invaluable and his performances were a reflection of the same.

9. The Dramatic Super Over Final

An edge of the seat thriller. The greatest World Cup final ever had two teams battling it out to win their first ever title. Both England and New Zealand refused to give up at any point whether it was the Kiwis losing their way in the middle while batting or England being reduced to 86/4. A fightback by Jos Buttler and Ben Stokes that brought England back into the game to a sensational bowling spell by Kiwi pacers. The match went to a Super Over which again got tied but England emerged as victorious owing to their supreme boundary count. Unfortunate for the Kiwis but a dream come true moment for the Englishmen. 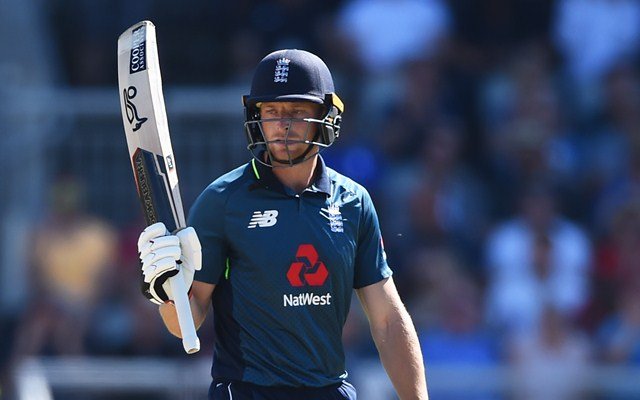 10. Black Caps – Valiant In Their Journey and Departure

At the start of the tournament, no one in their wildest dreams would have imagined the Kiwis coming so close to winning the World Cup. The Black Caps had an unbeaten run in the start before three consecutive defeats against Pakistan, Australia and England put them under immense pressure as there were questions raised if they really deserved to go all the way. The Kane Williamson led side put everything to rest by defeating table toppers India in the semifinals. The final showdown at Lord’s was too close. And sadly, the Kiwis lost despite having one of their hands at the trophy. The sight of a teary Martin Guptill was heartbreaking but then sports can sometimes be cruel.

Every chapter comes to an end and with it there is a new beginning. This World Cup was not the greatest of all time. However, it surely was a memorable one and there were more than enough moments to cherish it.