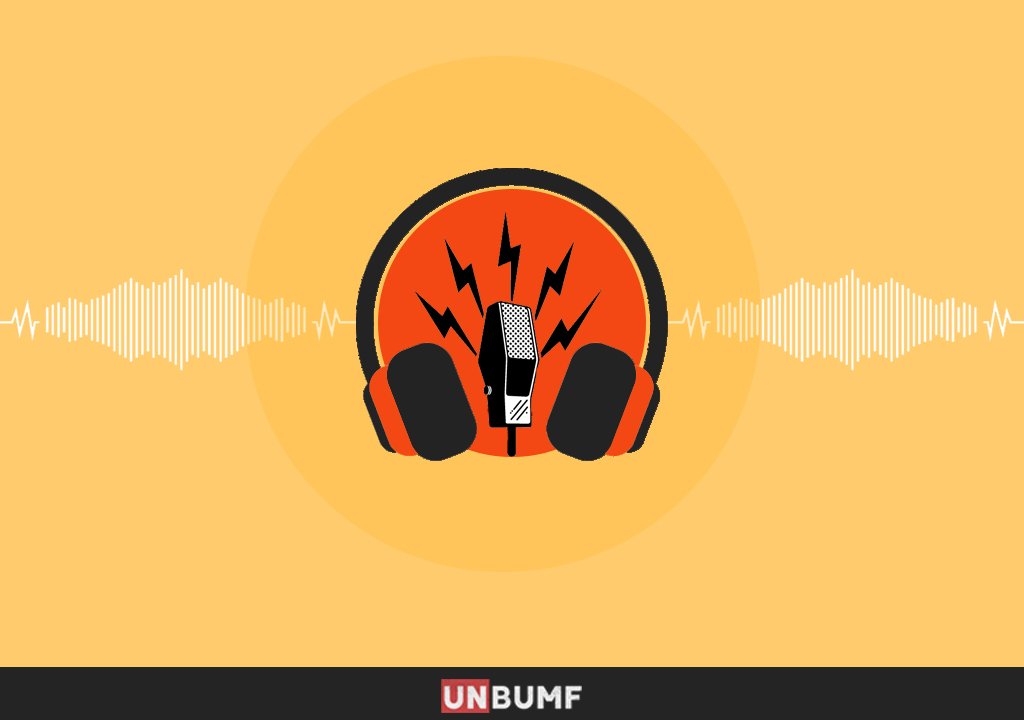 12 Podcasts That Will Tickle Your Funny Bone For Sure!

Podcasts: Digital audio file made available on the Internet for downloading to a computer or mobile device, typically available as a series, new instalments of which can be received by subscribers automatically.

Podcasts are not a recent invention. They have been around for decades now. Several comedians (and people of other professions) use them as a mean to reach out to their audience. However, their popularity has witnessed a sudden boost recently thanks to their constant evolution.

In such a case, we thought why not put together a list of some of the best podcasts, along with the ones that really made a difference? Here’s our pick of 12 funny podcasts you must have in your collection. 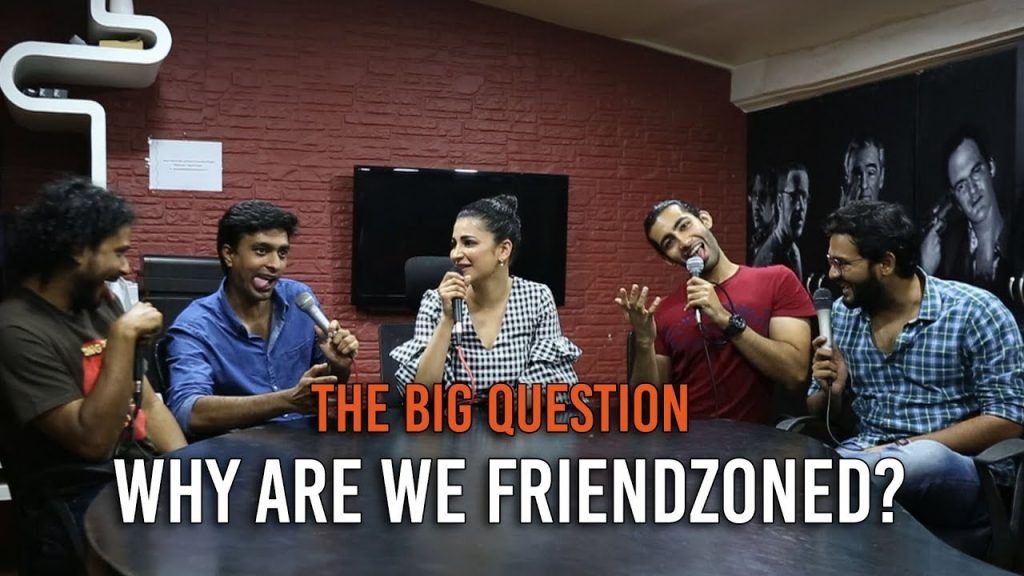 There is a special reason for why they get to be on the first spot. When they first started their SNG Big Question, I doubt they knew what it was exactly going to do for them. In no time, they gained popularity among audience and got galore of subscribers. Exactly what any entertainment medium would love and want.

It is ultimately just a bunch of comedians sitting and talking, and we just look at them do that. But the content is really what takes the cake. From the most recent episodes of Game of Thrones to Sasural Simar Ka, they discuss everything under the sun; meanwhile taking subtle digs at each other. They are not afraid of making it personal and deliver around twenty minutes of pure fun.

2. My brother, My Brother And Me 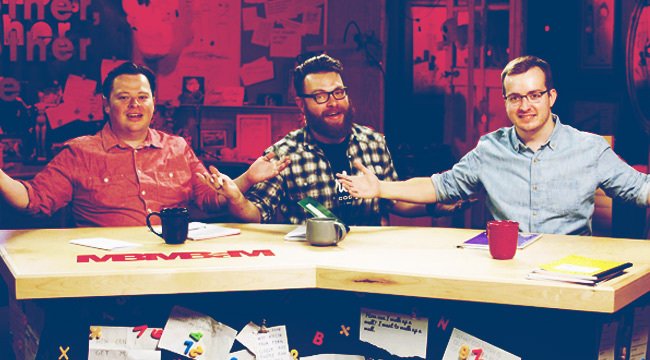 My Brother, My Brother And Me is more of an advice podcast, where Justin McElroy and his brothers Travis and Griffin McElroy respond to questions that have been submitted by their listeners.

One segment on this podcast involves them answering questions that their listeners found on Yahoo. This segment is also named ‘Yahoo’. Both these segments lead the hosts into long, comical discussions. 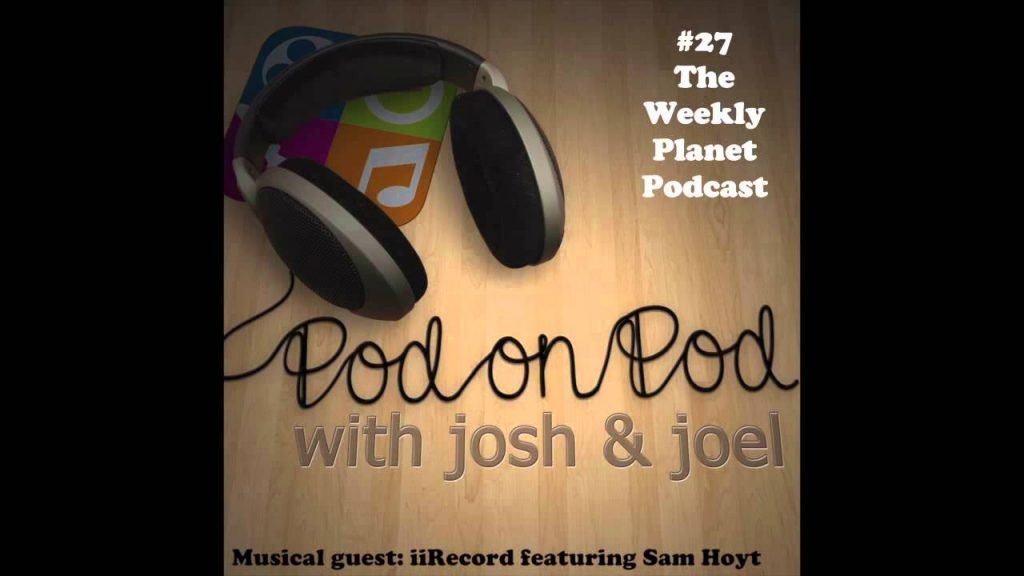 This one is a non fictional podcast where they discuss and present stories; most of which are true. Some everyday people find themselves in extraordinary situations, irrespective of whether these situations are stupid, awe inspiring or brilliant.

It cannot entirely be called a podcast as it has elements of radio drama, noir and memoir. These people could be our friends, family, acquaintances or people we happen to encounter on the street, which adds to the hilarity of it. 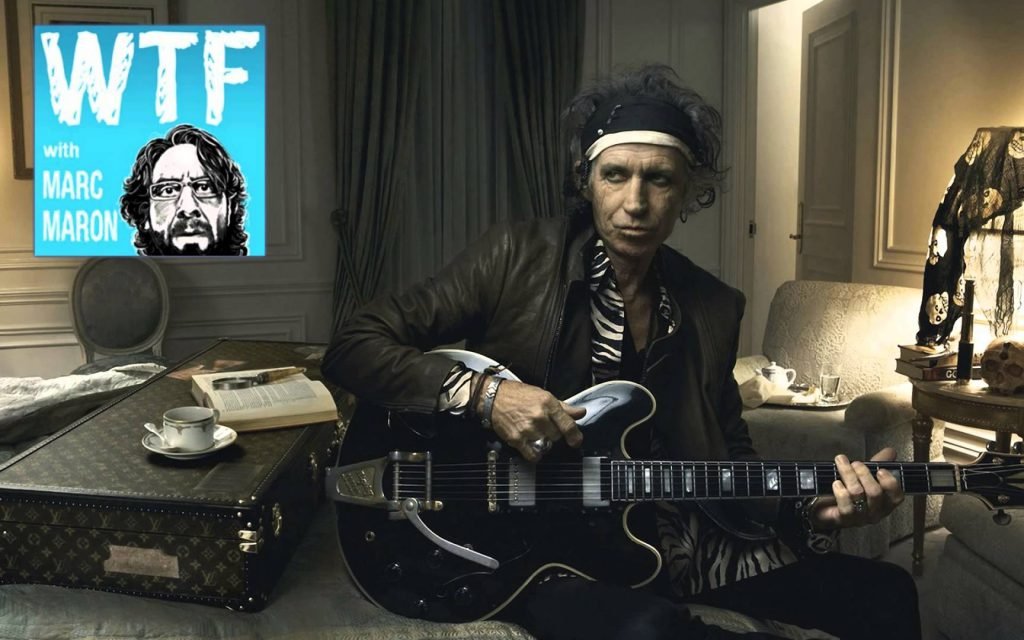 A stand up comedian, Marc Maron shows off his excellent conversational skills as his guests readily open up to him. Some of his best episodes are with Louis C.K., Robin Williams and Carlos Mencia. When David Cross appeared on the show, it got intimate and particularly chucklesome as the two talk about their common beginning from Boston. Listen to this podcast here. 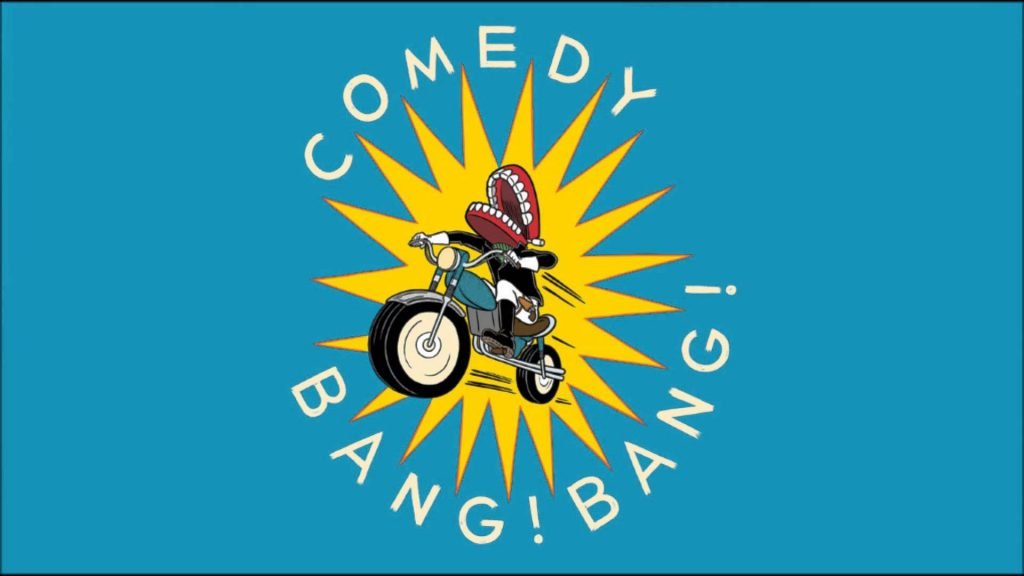 Scott Aukerman hosts this weekly comedy podcast since the year 2009. It began as Comedy Death-Ray Radio, a stage show at a theatre in Hollywood. Since then, it has reached its audience in several forms including a television series, and has had several notable guests including Aziz Ansari, Amy Poehler, James Adomian and Michael Cera to name a few. It is slightly ironic, silly and absurdist, along with being side slitting and riotous. 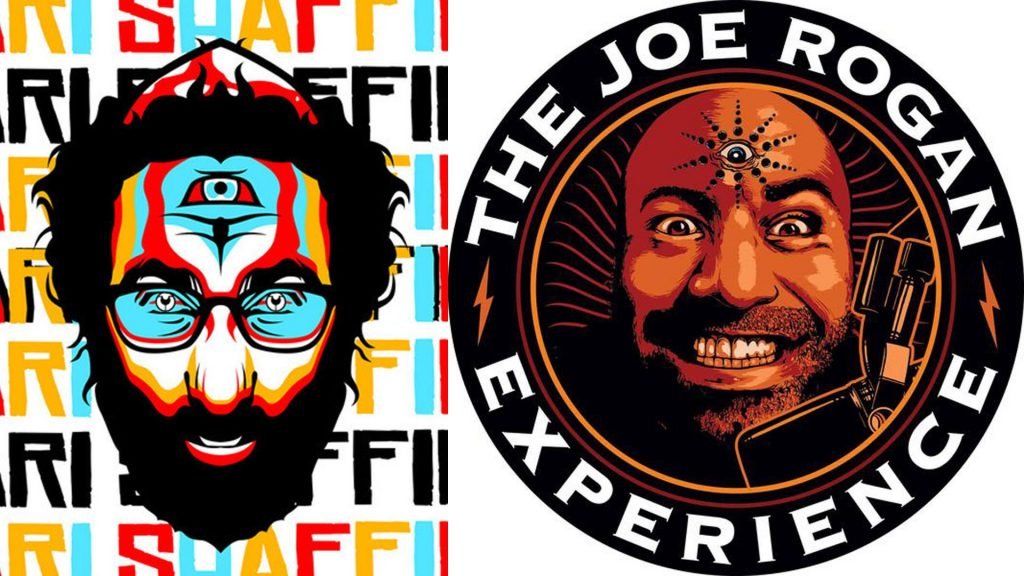 It is also available as a videocast, where the audience can watch the spectacular guests and hosts discuss some interesting subjects while getting a good laugh.

Produced by National Public Radio and WBEZ, the show has been running since 1998, and has accumulated quite a large number of listeners. Their average number of listeners is close to 6 million each week. They test your  news knowledge, combining education with comedy as you try to understand which of the statements are true and which are false.

Recorded in front of a live audience, the show also frequently travels throughout the United States, where it is made into a road show for live audiences. Although hosted by Peter Segal, the show has had several guest hosts like Tom Hanks, Robert Siegel and Drew Carier to name a few. The listeners too get a chance to participate by calling or sending emails to nominate themselves. 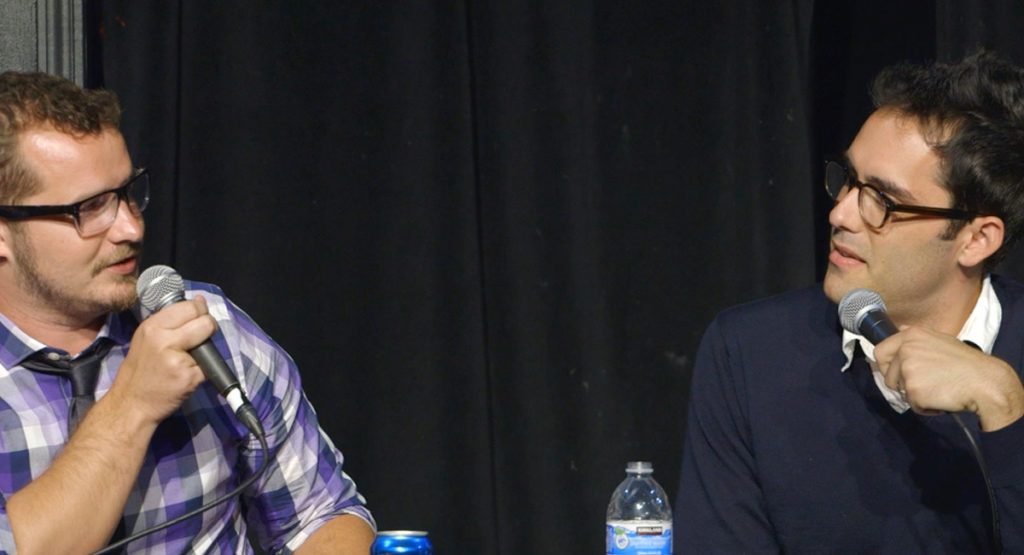 Cracked is known for its mind blowing sketches and articles. As each production requires an extensive discussion among the editorial team, the Cracked podcast records that discussion, hosted by Alex Schmidt with other impressive guests. Here they try to connect with the people and successfully encourage them to read their content. 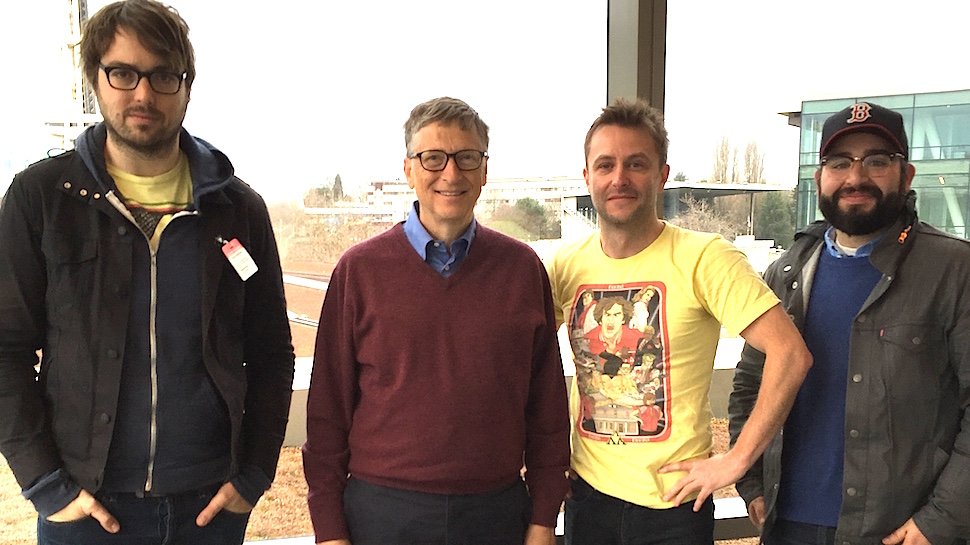 A lot of us have been called nerds during our lifetime. On this podcast, the main focus is on “What it really means to be a nerd“. Chris Hardwick is often accompanied by Jonah Ray and Matt Mira in hosting the podcast. It is sometimes also recorded in the homes of the guests. Launched in 2010, the show became a flagship podcast for Nerdist Industries, which was launched in 2012, after the success of the pocasts. 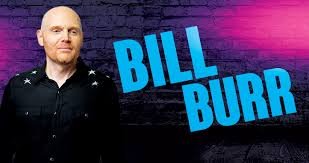 Bill Burr has been recording these podcasts since 2007, talking about the new and old in his life, including some remarkable experiences, current events, sports, going on tour and advice to his listeners who submit questions. His wife, Nia Hill, frequently joins him, along with other guests and comedians.  Burr also appears in a lot of the already mentioned podcasts as a guest, like The Joe Rogan Experience, WTF with Marc Maron and The Nerdist Podcast. 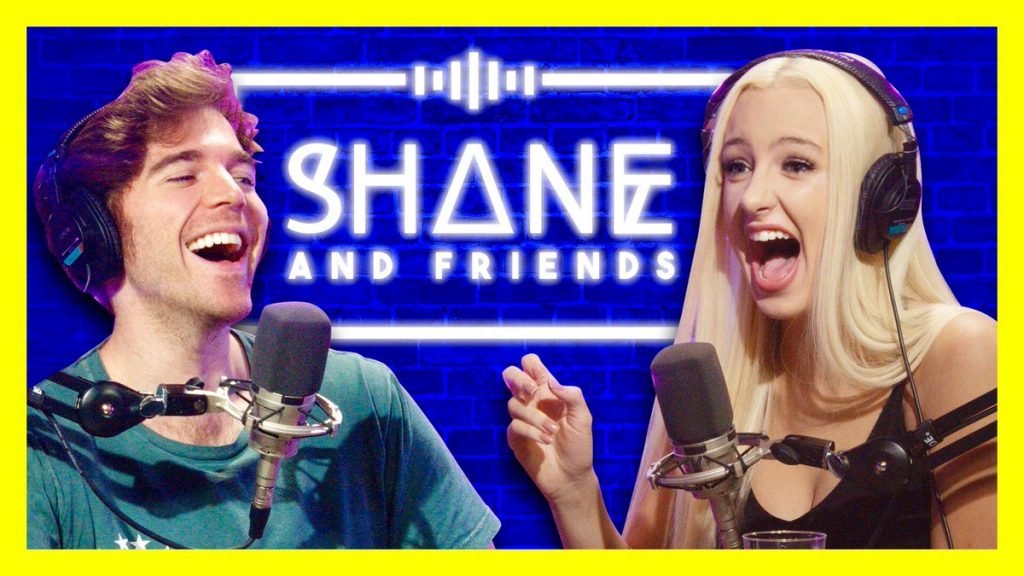 If semi vulgar humour does not offend you, Shane and Friends will mighty impress you. Shane Dawson, an American YouTuber along with his friends Jessie Buttafuoco and Drew Monson host the podcast. Their topics cover pop culture, their lives and the lives of other famous faces. They have also interviewd several celebrities and have been compared to Howard Stern, who is also Dawson’s idol. He states that he hopes to talk to all kinds of people and get them to talk about things that they generally do not talk about. This is also one of the podcast’s USBs. In 2015, iTunes featured them in their “Best of 2015”. 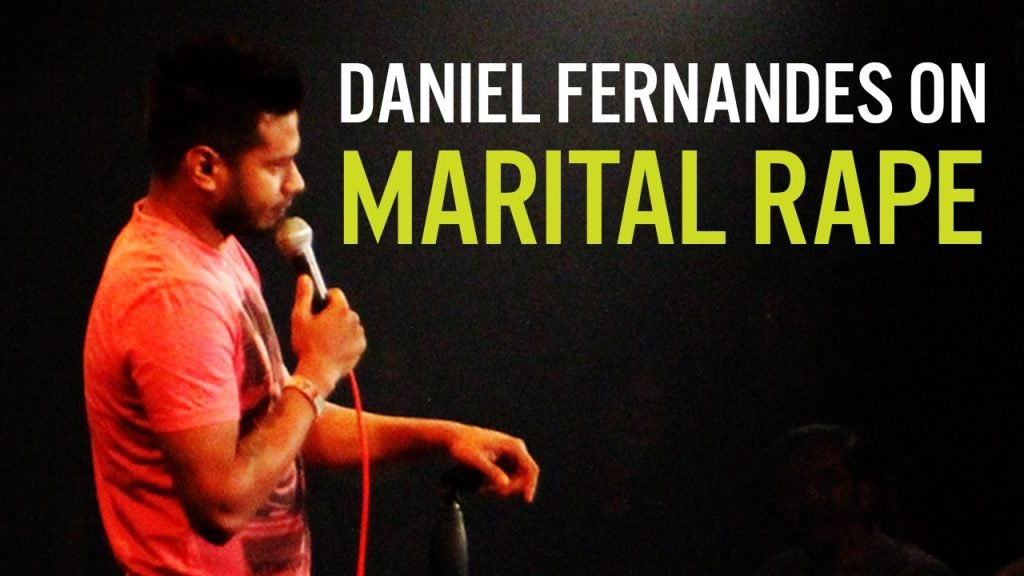 Another Indian YouTube star, Fernandes is celebrated for his dark comedy as a stand up comedian. His podcasts generally happen on stage with live audience, where he calls popular stand up comics who discuss serious issues like marital rape, student suicide, death penalty, censorship, free speech and much more  while their own rib tickling touch to it.

Let us know about your favourite podcasts too in the comments.