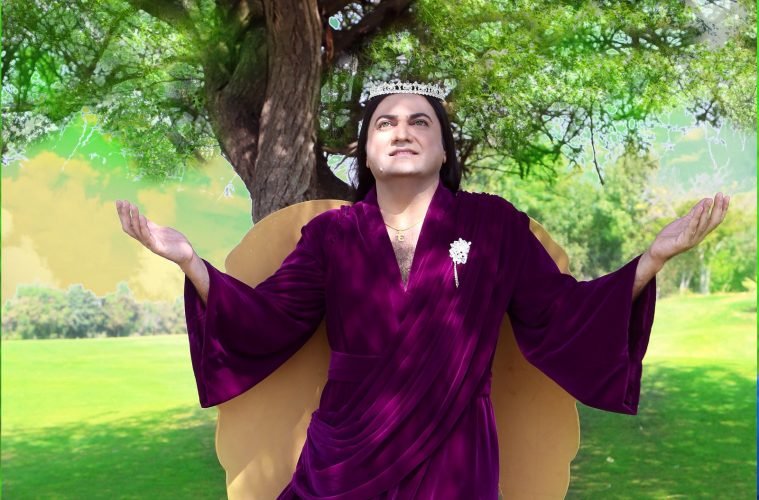 12 Things So Bad That They Became Famous On Internet

We live in a weird world now. We are so much on the internet that the normal forms of entertainment bore us now. Hence, apparently, as a community we have developed this dark sense of humour. Our idea of what is amusing has reached a weird level. And some of these weird ideas end up being viral for all the wrong reasons.

Here are a list of a few such things, which should have never reached the tag of “viral” on the internet. 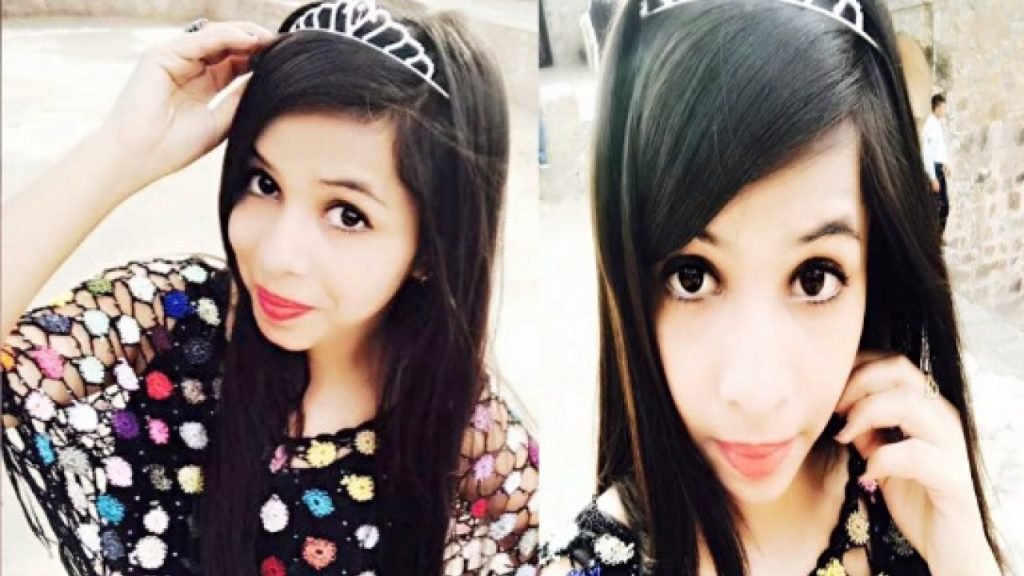 She pioneered the spread of cringe pop in India with her singles like Swag Wali Topi (2015) and Selfie Maine Leli Aaj (2017). Weighing heavily on the lack of rhythm and tone, her videos found such a mass following that even Sonu Nigam could not escape the resistance of singing her songs. Sadly, her videos were taken down by YouTube (though have now been restored) but that did not stop Dhinchak Pooja from gaining a wildcard entry into Bigg Boss in 2017. 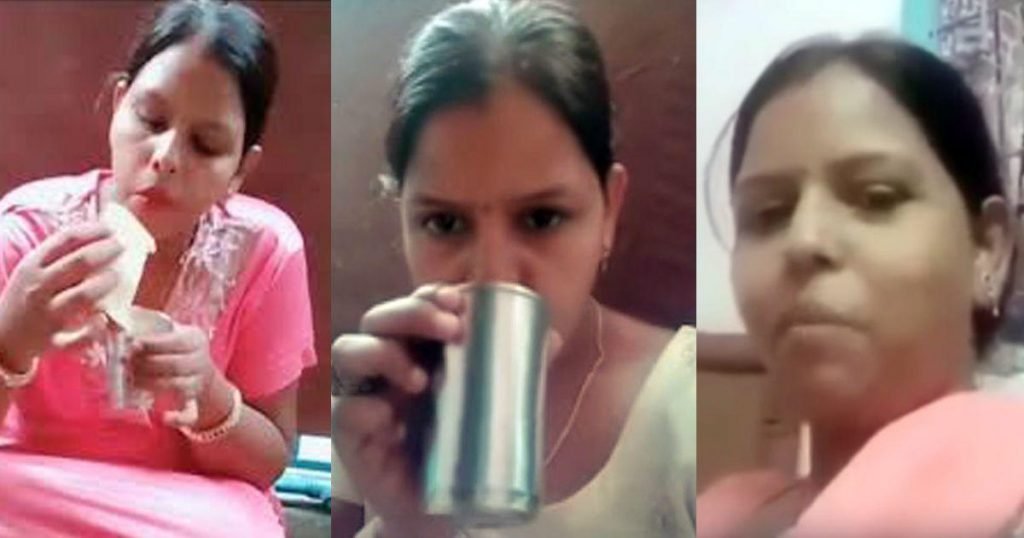 It took just these five words for Somvati Mahavar (popularly called ‘Chai Peelo’ aunty) to turn into an internet sensation. The appeal in this simple homemaker’s request of urging her viewers to have tea was received with responses from all over the world with many people imitating her. She has since then followed with a host of videos offering juice and makkhan bread to her followers. You can check out a compilation here. 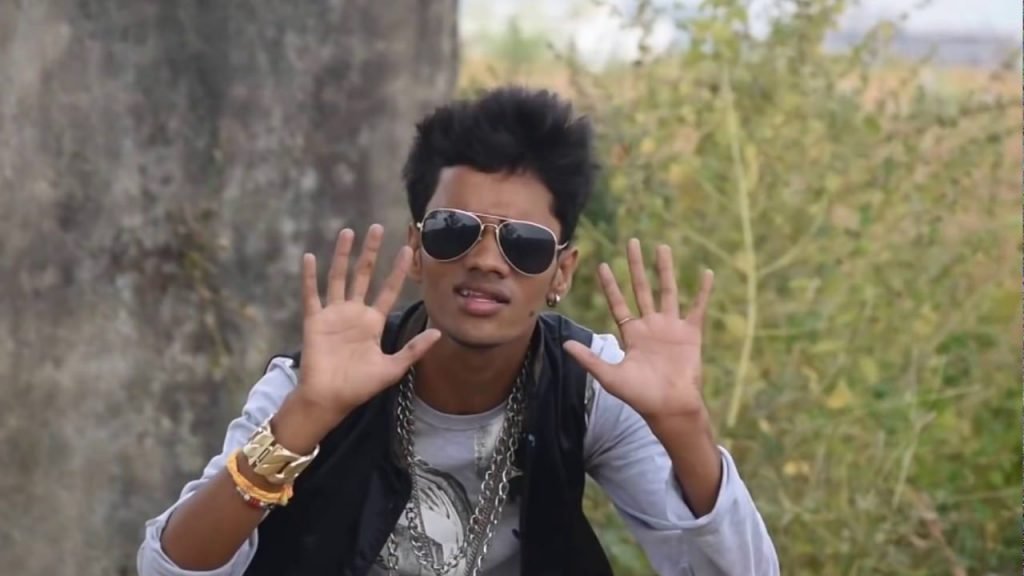 ‘Rap king’ Omprakash Mishra’s utterly misogynistic rap video was received with incredible popularity. While the lyrics of the song are nothing but an expression of Mishra’s carnal fantasies, the internet turned it into a sensation. Unbelievably, there were multiple events held in Delhi and Mumbai in which men excitedly gathered and shouted slogans of ‘Bol na aunty aau kya?’ So much for the power of internet to make human life more meaningful. 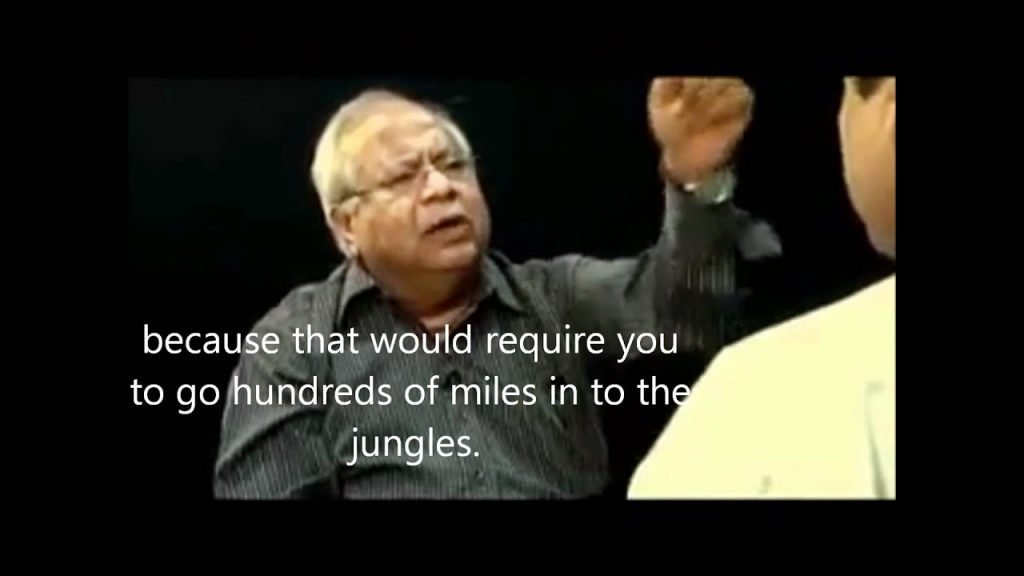 In this popular interview, the serious-looking Vishwa Bandhu Gupta begins the dangers of cellphone discarding as the data from its SIM card gets transferred to its battery. He further explains how Google works on Cloud seeding and raises doubts on how effective this cloud computing will be in case of a rain or a thunderstorm. Enlightenment throughout! 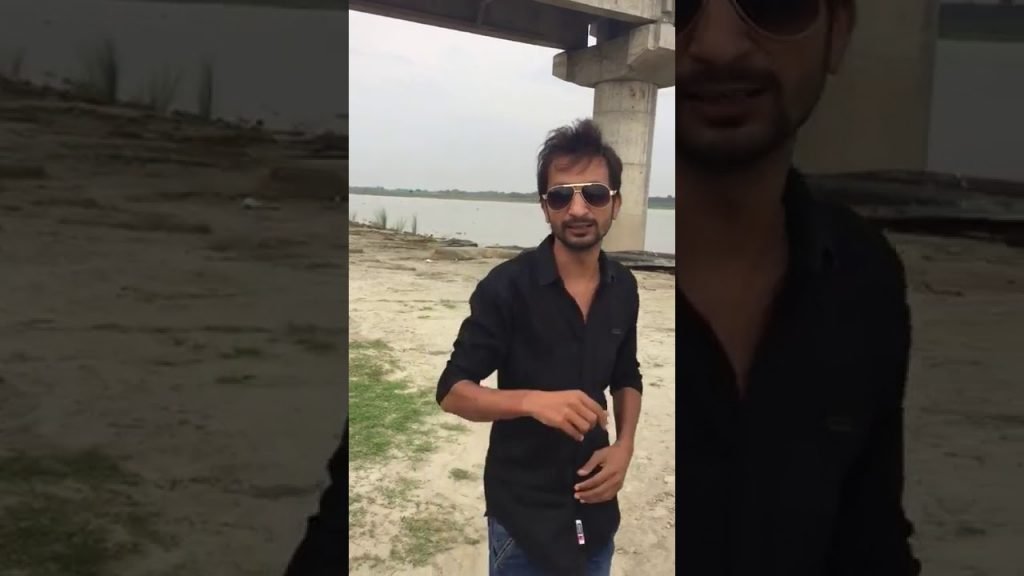 Shahid Alvi Sid’s video begins with a walk towards the camera with an appeal to the countrymen to raise a voice against corruption. Little does he know though that there is a pothole on his way that leads to his tumbling. What follows is Shahid’s honest tirade against the Nagarpalika laced with the choicest of cuss words. Amidst this ironical scene, the crew tries to calm him down but fails to utter anything more than “Bhai bhai bhai”. The video has become so popular that even the slightest of discomforts being met with the “Bhai bhai bhai” remark. 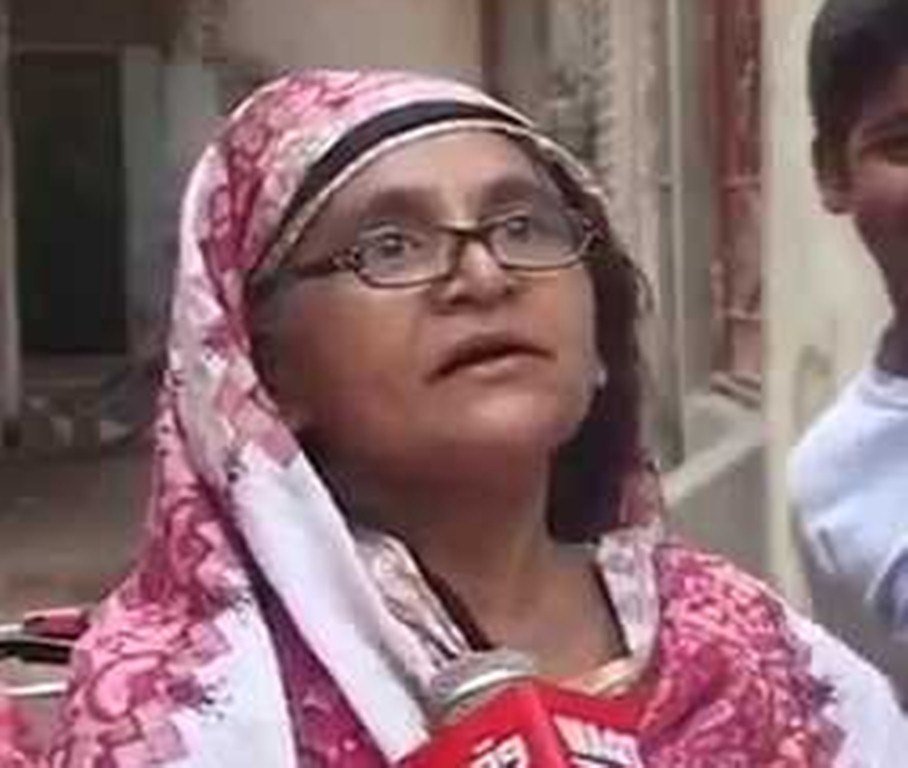 This one is a gift from across the border. The lady in question, Qamar from Karachi, was asked by Waqt News about the state of affairs with respect to the functioning of the Government. Her response starts with the famous, “Ye Bik Gayi Hai Gormint” line followed by a few unexpected abuses hurled at the Government. The lady in question has become so famous that there are now t-shirts crowding internet marketplaces where she features in the ‘Che Guevara’ pose. The sad part of the bit, however, is that the family of the lady has cited traumatic experience, particularly wide social rejection, on account of going viral. 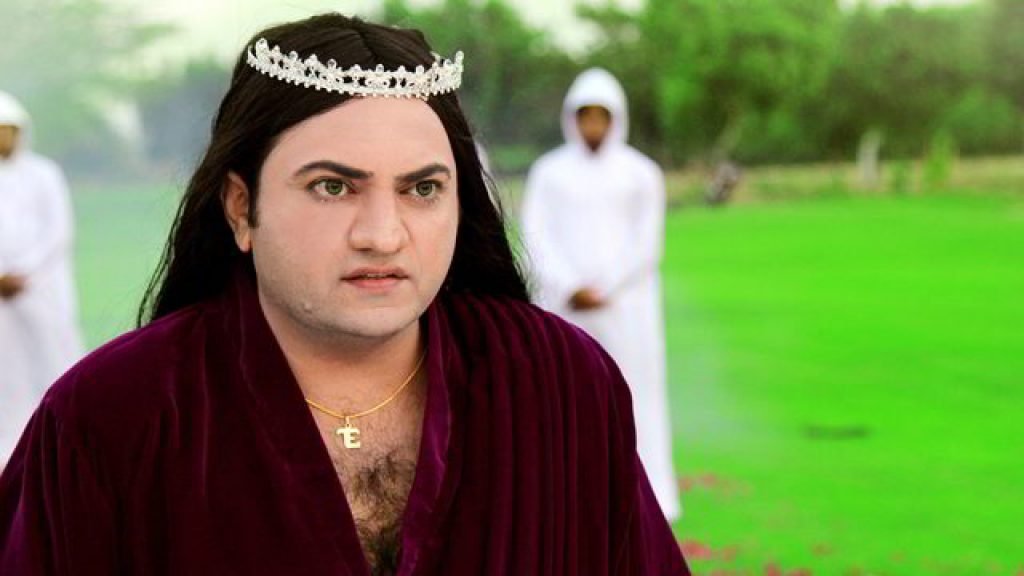 This multifaceted Pakistani singer, lyricist, director and producer sensationalized the internet by releasing his “Eye to Eye” video in 2013. The video features him singing next to his own portraits and the lyrics go, “My eye, your eye, colourful eye, fabulous eye, exciting eye.” He surpassed his awesomeness with a trance-like video called “Angel” that features him walking in beautiful meadows while donning a tiara, angel wings and long gown. For those interested in the lyrics, the song goes, “Angel. Mankind. Angel. I am like an angel. Mankind’s angel.” The internet received Taher with wide applause. However, there were also reports of him getting death threats from haters which led him to leave his country.

8. Swami Nithyananda Claiming His Software will enable Animals to Talk: 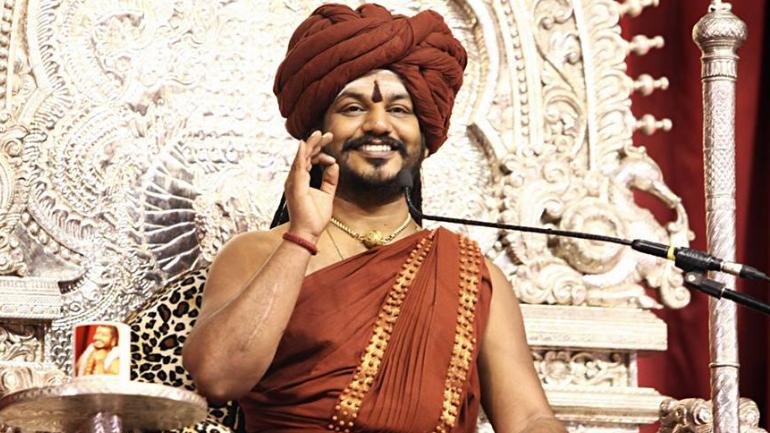 “Science without religion is lame, religion without science is blind,” Albert Einstein had famously said in an interview. Now, Swami Nithyananda has emerged as the man to marry science and religion and get rid of their disabilities. In a startling video that may stump even the brightest of scientists, Swami Nithyananda claims to have devised software which will render human-like internal organs to animals like cows and monkeys. These organs will trigger a superconsciousness in these animals and they will start talking like humans (believe it). We await the actual demonstration of this software hoping to finally know what cats really want. 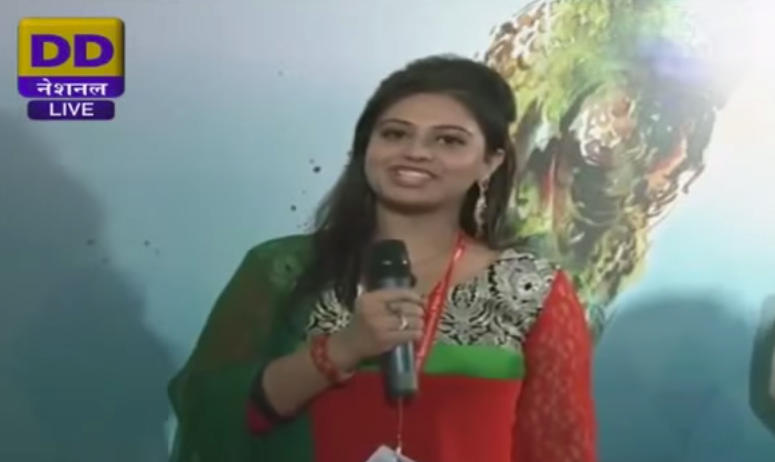 What started off as a viral video of a novice Doordarshan Anchor interviewing people at the IFFI Awards in Goa in 2014 soon turned an ugly turn. While the anchor, Aayenah Pahuja, made innocent gaffes like referring the “Governor of Goa” as the “Governor of India”, the internet made a ruthless attack on her with innumerable memes. In her defense, she has said that it was one of her first gigs and the producer’s mic had switched off thereby making her all the more nervous. The result of the incident left her scarred to the brink of being suicidal owing to her shattered career (she was sacked by Doordarshan). Laughter off the internet for one can be a harrowing experience for another. 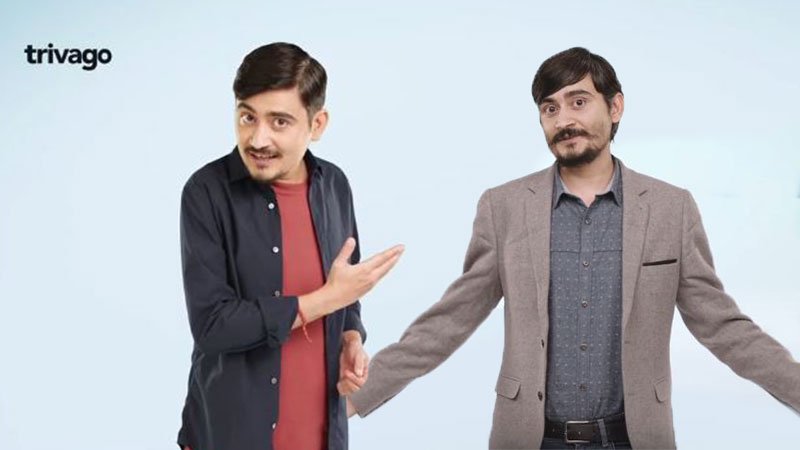 If you had to think of a person who has made a mark in the world of advertisements without being truly a model, look no further than the Trivago guy. His face immediately pops up in our mind when we hear the words, “Kya aapne kabhi online hotel search kiya hai?” While the ‘model’ in question is not a professional model, his attempts at making you use Trivago were embraced by the internet with a warm welcome. The curiosity about his true identity rose so much that he has been interviewed by many websites. The man in question is Abhinav Kumar, the Development Head of Trivago India, who recently revealed that he had to feature in the ad because Trivago could not really find anyone to feature in their ad. Talk about accidental fame! 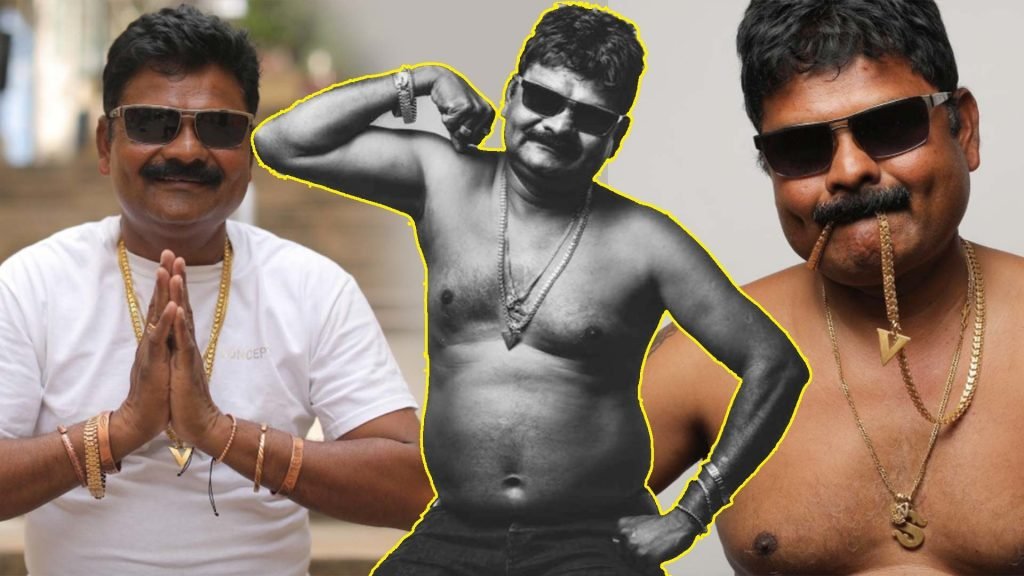 While we have mentioned many people who were accidentally or mockingly popularized by the internet, Just Sul is someone who has tried hard to rise up in the online popularity charts. The 44-year old engineer of Indian origin has 4.3 million followers on Instagram owing to his ‘funny’ celebrity impersonations. Among his many acts, he has dressed up similar to Kylie Jenner, Kim Kardashian and Katy Perry. His unstoppable popularity once again exhibits that the internet has a weird sense of humour. 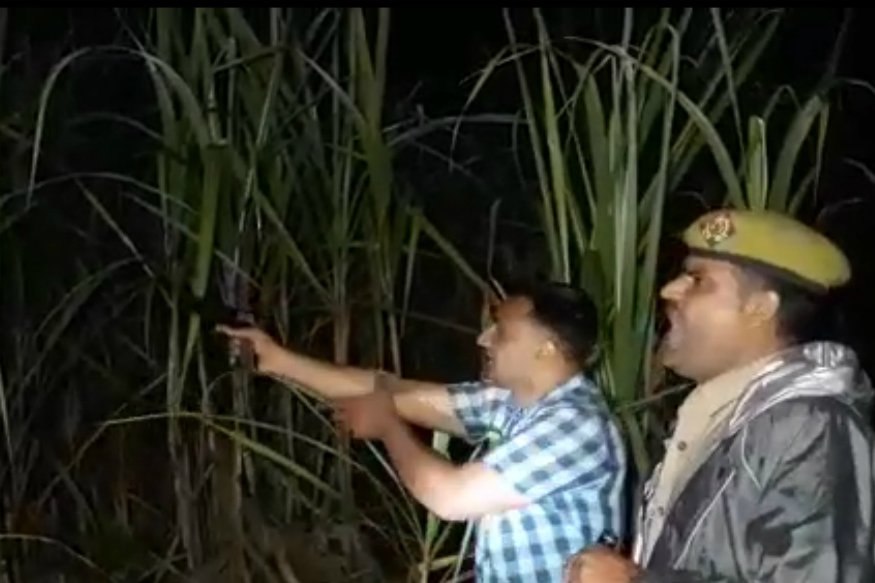 The video of this absorbing encounter took place in Sambhal in UP. While the policemen were chasing the criminals, Sub-Inspector Manoj Kumar’s colleague had a technical glitch in his gun. Not one to bow down to such trivialities, Kumar shouted ‘Thain Thain’ mimicking gunshots to scare the criminals. The internet rewarded his meticulous creativity by making many ‘Thain Thain’ memes. A recent update revealed that Kumar is not just a creative lawmaker but a courageous one too. In an encounter, he bore the brunt of gunshots from criminals and had his leg injured. We sign off while wishing Kumar a speedy recovery!