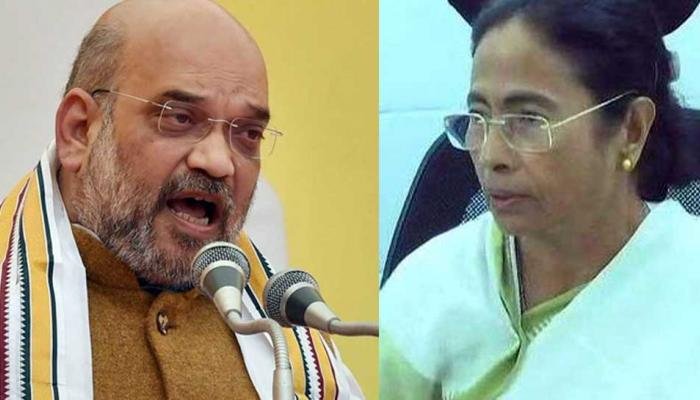 18-year-Old Dalit Man Killed In West Bengal For Supporting BJP, Yet There Is No Outrage?

Recently, the whole of West Bengal got a shock, when an 18 year old got brutally murdered. This, as it turns out, was because he was a BJP supporter. The incident took place in Balarampur which is about 295 kms from Kolkata. The young boy’s body was found hanging from a tree. His T-shirt had a chilling message on it. Another note was found near the body.

The victim, Trilochan Mahato was abducted barely three km from his village. He was a third-year student of history at the Balarampur College, and had gone to photocopy some study material when the incident occured. He had already informed his brother of the death threats that he was receiving on his cell phone.

However, later, when the boy did not return home, his family lodged a formal police complaint. The officer told Deccan Chronicle that they were unable to locate the boy despite searches throughout the night. Even after being kidnapped, the brave boy managed to call his brother. Thus, informing him about the abduction and impending threat to his life.

To further inflict the terror among BJP supporters, Mahato’s killers hanged the body from a tree with a chilling message. The message which was in Bengali read, “This is for doing BJP politics from age 18. (I/We have) Been trying to kill you since the Panchayat Elections. Failed. Today you are dead.”

Deeply hurt by the brutal killing of our young karyakarta, Trilochan Mahato in Balarampur,West Bengal. A young life full of possibilities was brutally taken out under state’s patronage. He was hanged on a tree just because his ideology differed from that of state sponsored goons. pic.twitter.com/nHAEK09n7R

BJP President Amit Shah condemned the incident via Twitter and blamed state-sponsored goons for the violence. He further added that the TMC government in West Bengal had surpassed the violent legacy of the communist rule. The BJP general secretary Kailash Vijayvargiya stated that 18 BJP workers were killed in West Bengal. He even alleged that State government was behind these attacks.

The TMC denied the allegations and termed them as baseless. In fact, the Local Trinamool Congress leader Shrishti Dhar blamed the recent murder on in-fighting among the BJP leaders. Joy Biswas, SP of Purulia stated that a murder investigation had started and no one was arrested yet.

The present TMC govt in West Bengal has surpassed the violent legacy of Communist rule. Entire BJP mourns this tragic loss & stands firmly with Trilochan Mahato’s family in this hour of grief. His sacrifice for organisation & ideology will not go in vain. Om Shanti Shanti Shanti.

West Bengal has always been a politically charged state. Especially with political clashes and violence seen during elections. However, this recent spate of violence can be attributed to the rise of BJP and RSS in the region. After the fall of the communist regime, Mamata Banerjee lead TMC had captured most of the tribal constituencies.

This trend is undergoing a severe change as tribals and Dalits were feeling oppressed under the TMC rule. The tribals perceive TMC as a party who disrespects their rituals and religious practices. Purulia witnessed the first ever Ramnavami processions this year. Soon after that the state witnessed a wave of communal clashes. The Hindu organisations such as Bajrang Dal are making inroads in the constituencies held by the TMC.

The TMC and BJP had a close contest in the recently concluded panchayat elections with the former bagging 839 seats. BJP’s final tally was a close 645 seat, which was a huge victory for the Saffron party. The rising relevance of BJP is making certain people very uneasy in West Bengal. Could the rising violence against BJP workers be an attempt to intimidate people?

As one would expect, the ‘liberals’ and the champions of democracy have not uttered a single word. Bias of a certain group of people is becoming evident with each passing day. This selective outrage based on the ideology and religion of the victim is a dangerous trend. This is the real threat to the democracy. The placard activists, are highly selective of the issues they want to speak of. Perhaps they do not have any upcoming movies to promote.