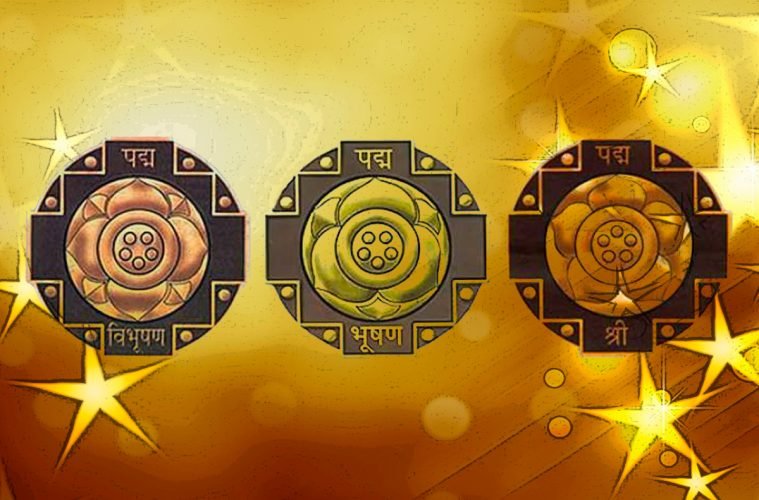 As we celebrated the 69th Republic Day with a spectacular parade at Rajpath in New Delhi, may we become deserving citizens of a wonderful nation soon. Since the first republic day on 26th January 1950, India has come a long way. One of the most developing nations of the world, it owes its successes (and failures) to its citizens. And to honour such deserving denizens, the custom of the Padma Awards was put to a start in the year 1954.

However, the Padma Awards remained accessible only to the elite group of citizens due to their nomination process. For long, as long as 2016, the only nominations for these awards came from ministers of India. And thus, the list of Padma awardees was always full of celebrities and well-known public figures.

However, a much welcome change came in 2017. When Prime Minister Narendra Modi initiated the change of nomination process, wherein anyone could nominate someone for these civilian honours. As such, about 15000 applications were received by the jury this year. Apart from a few renowned names, the list of this year’s winners is decorated with the pride of India: the common man. Resilient denizens, who have strived incredibly hard to bring about a change.

Here go some of these unsung heroes, who we should definitely get educated about. And appreciate! 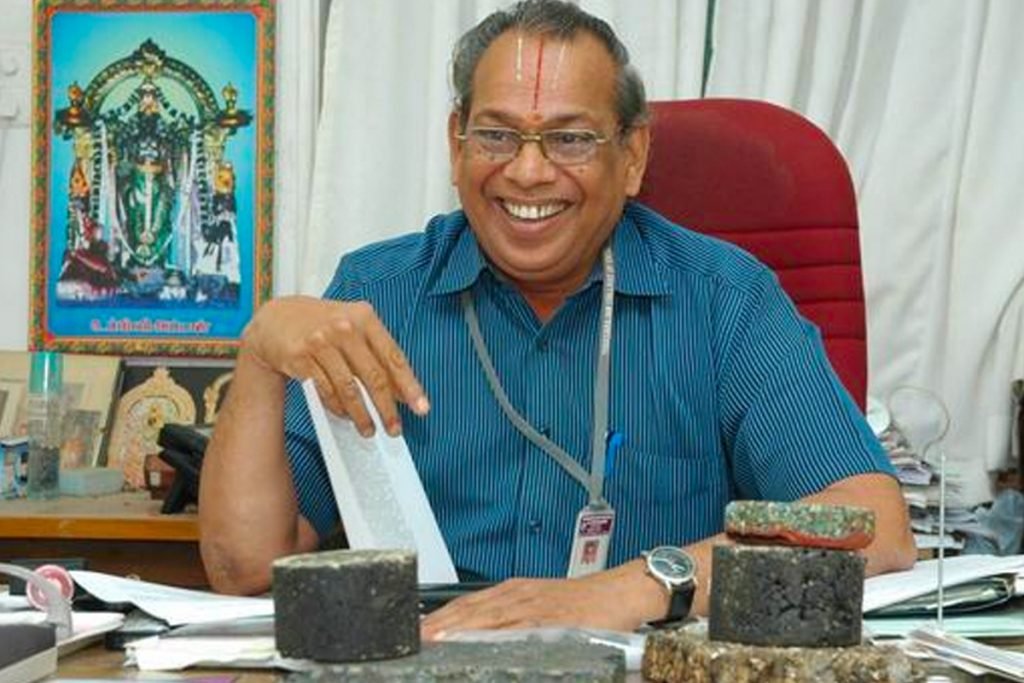 An ordinary professor, with an extraordinary idea. And an even more extraordinary altruistic spirit. A scientist in waste management and a current professor at Thiagarajar College of Engineering. Rajagopalan developed and patented a unique, innovative method for using plastic waste in laying roads.

Not only does this method curb the menace of the ever-increasing plastic waste, the roads with this technique have been proven to be more durable, cost-effective as well as resistant to more load. Professor Vasudevan got his method patented and gave it to the Indian government for free. Declining paid offers from other countries. Now that is what you call patriotism.

His method has already been used to lay 5,000 kilometres of roads across 11 Indian states. He was awarded the Padma Shri civilian honour for the year 2018. 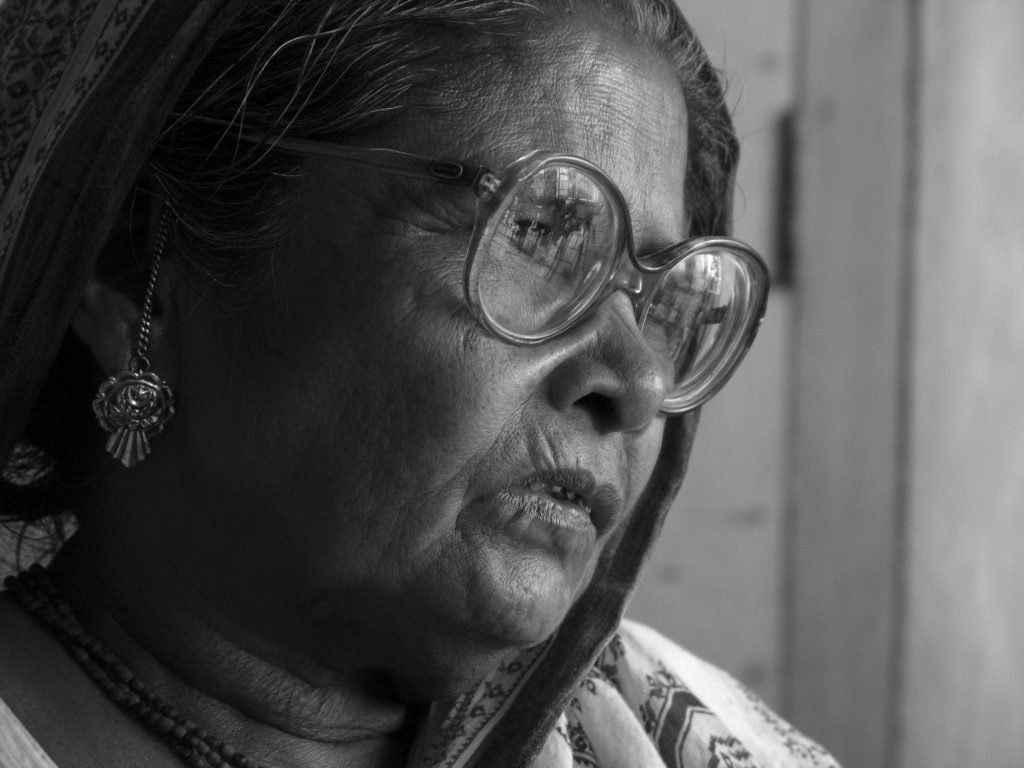 Struck by grief and tragedies throughout her life, Subhashini is an epitome of patience, resilience, and hope. Witnessing the death of seven of her siblings during the Bengal famine was not the only catastrophe destiny had for her. She was a widow at a very young age of 23 when her husband died of a gastric problem. While everything in her life was breaking down, her will got even stronger.

Throughout her life, she toiled hard to survive and feed her son. Recognizing the lack of healthcare facilities in her small village in Kolkata, she educated her son to become a doctor with the help of social initiatives. Moreover, she saved about 20,000 rupees from her measly earnings by selling vegetables. This money, pooled with some from her villagers, was built into a ‘humanity trust.’ A trust, that opened up a local hospital in a small hut in the village.

Subhashini didn’t want other people in her village to suffer the pain she had to go through due to the lack of basic healthcare in their society. Despite her poverty and her circumstances, she dedicated her whole life to her purpose and is most definitely, a hero. 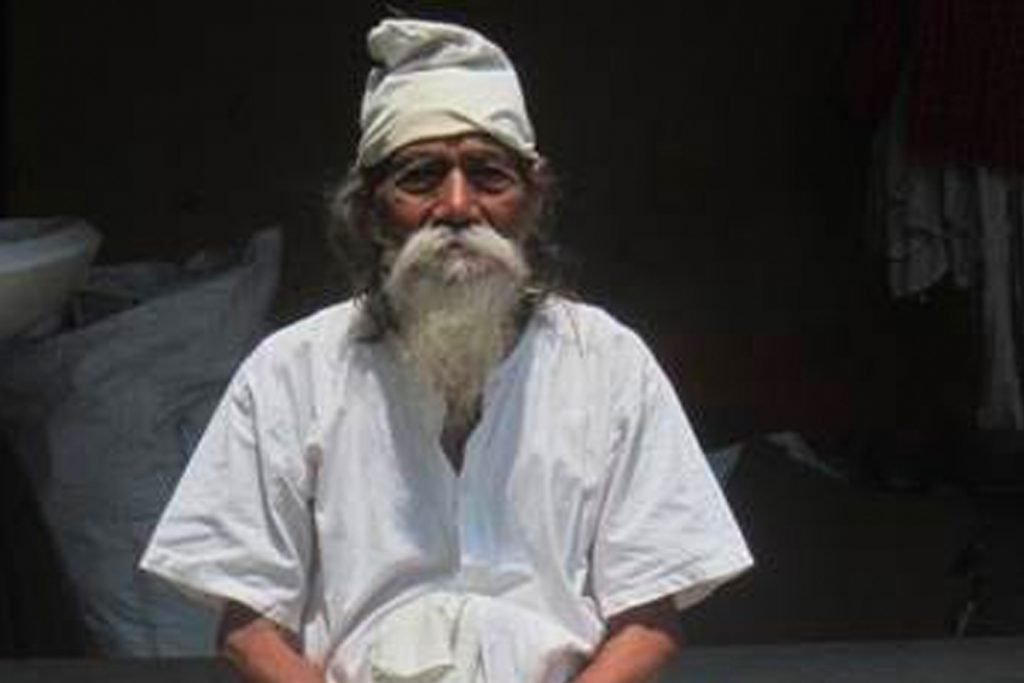 A 99-year old freedom fighter from West Bengal, Sudhanshu Biswas was awarded the Padma Shri for his contributions to primary school education of the underprivileged. Once shot and jailed by the British administration, Sudhanshu dedicated his entire post-freedom life to serving his country in whatever means he could.

The social worker has toiled across domains of education and healthcare. He runs various schools, orphanages as well as charitable healthcare centres in West Bengal.

He founded the Sri Ramakrishna Sevashram in the tiny Ramakrishnapur village of West Bengal. An ardent follower of Ramakrishna, he has been serving young children (who call him daadu) as well as senior citizens. After his education, Sudhanshu started up a plastic business.

However, he was too affected by the plight of the marginalized children. And soon, set up 17 orphan houses across the Sunderbans, which now run on their own. Sudhanshu’s ashram takes in young boys (above 5-years old) and provides for them till they are through with their higher secondary education. A true philanthropist and believer in God, he serves humanity to serve the Almighty! 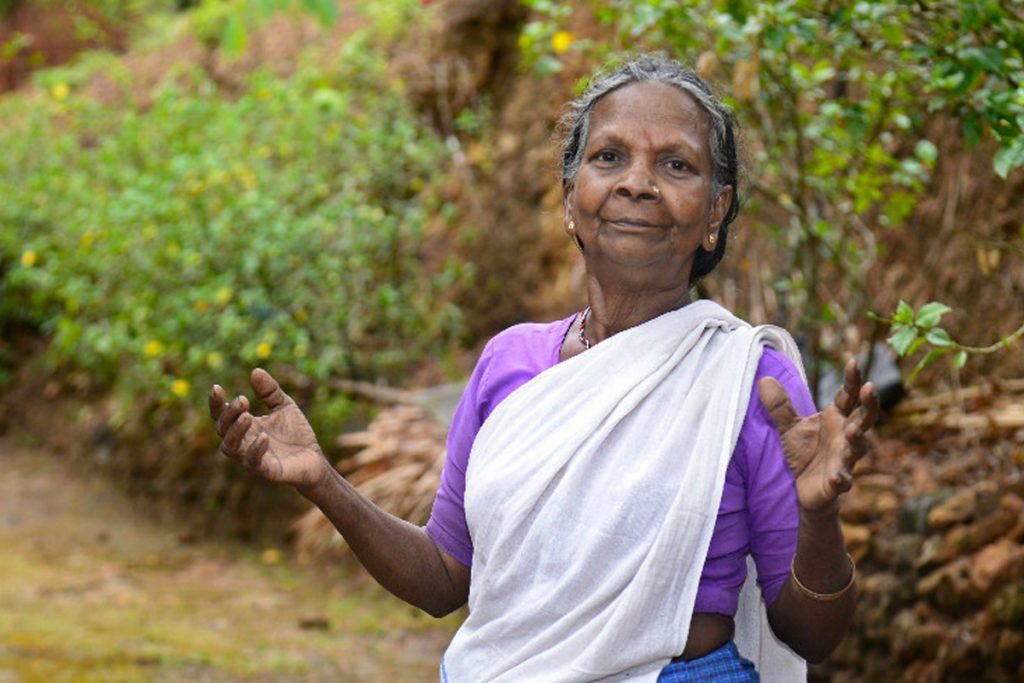 The tribal healer. The 75-year old herbal healer from Vithura, Kerala has been hailed as the guardian angel of tribal and herbal medicines, in not just India but worldwide. Lakshmikutty is not just a healer, she is a poet, a teacher of folklore as well as a poison healer.

Living in the forests of Vithura, she has protected the legacy of tribal healthcare and can heal anything from a scorpion bite to a rabid-dog bite. According to her, she can concoct 500 different herbal medicines, all from the plants surrounding her home.

Also known as ‘Vanamuthassi’ (Grandmother of the Jungle), Lakshmikutty learned the art of herbal medicines from her mother. An undocumented art that is. The Kerala government has now decided to compile a book on her knowledge. She has written over 40 poems and is a teacher at the Kerala Folklore Academy.

Apart from the Padma Shri, she is also a host of different awards and has grown to international fame. With people trekking miles to reach her small hut and get treated. Her ultimate dream? To convert this small hut into a hospital where patients can stay for longer durations. 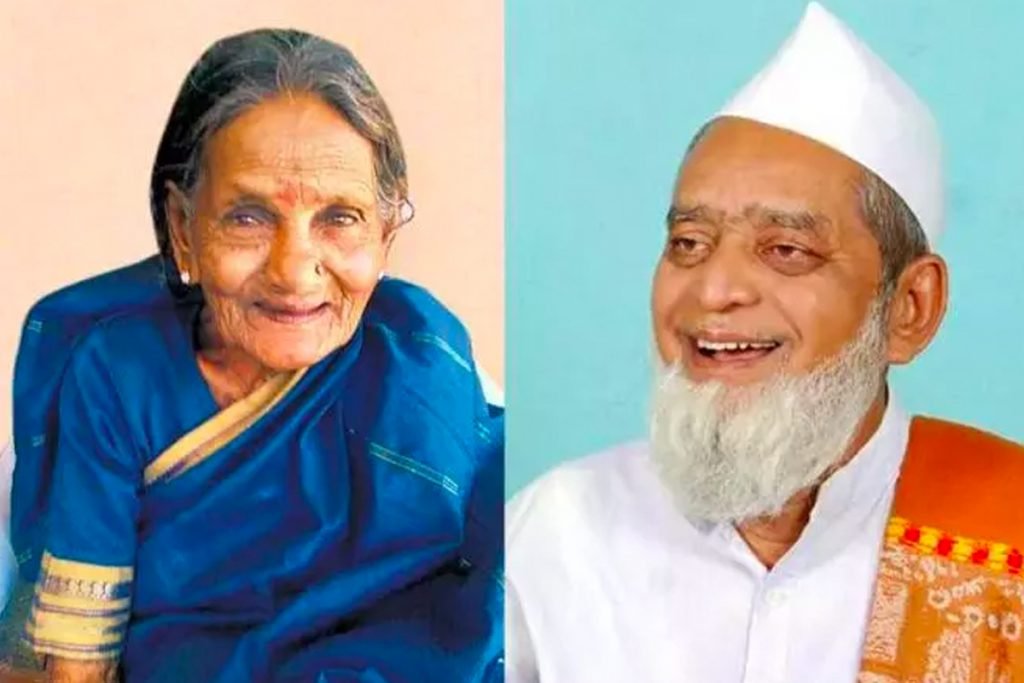 The 97-year old Sulagatti or “Janani Amma” as people fondly call her, provides midwifery services for over 70 years, Sulagatti has successfully delivered over 15000 babies. That too, without any medical facilities! While she herself works as a farm labourer, she has given her all to serving the poor women around her.

Deep in the backward regions of Karnataka, she has mastered the art of delivering babies safely. Not just that, she possesses the unique qualities of checking a baby’s pulse in the womb, positioning the baby’s head, judging its health etc. She was the recipient of Padma Shri owing to her unselfish services. 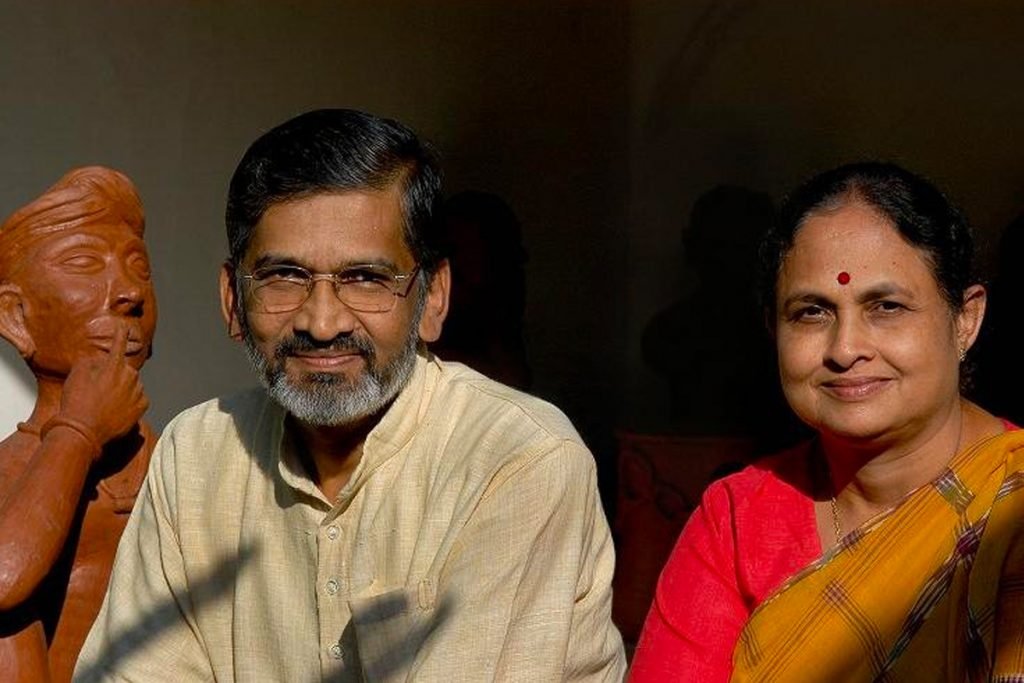 The first couple to get the honour of receiving a Padma Shri, Dr Abhay and Dr Rani have dedicated their lives to community healthcare. Serving in the Gadchiroli district of Maharashtra, the Johns Hopkins-returned couple founded the ‘Society for Education, Action, and Research in Community Health’ (SEARCH), a non-profit involved in rural health service.

The couple has not only revolutionized the medical facility in the district, they have also worked up a unique, revolutionary approach to treating newborn babies. An approach endorsed by UNICEF and WHO, it has substantially reduced the mortality rates in infants.

Despite a possible luxurious life, the Bangs dedicated their heart and soul to serving the poor in the remote tribal area of Maharashtra. And chose a life of philanthropy over materialism. Truly, life goals! 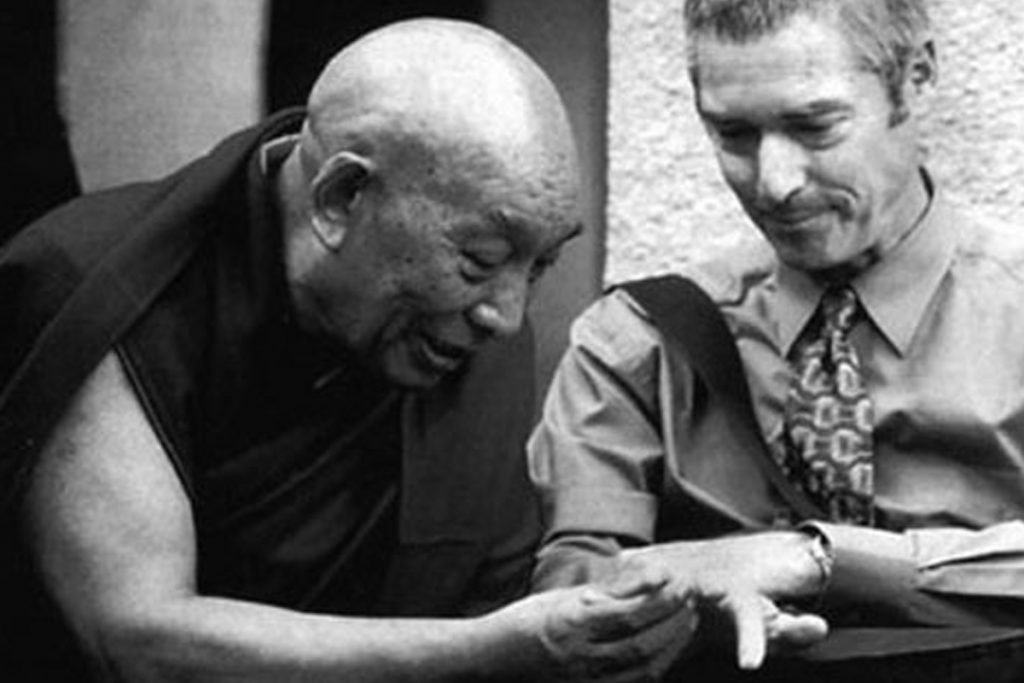 Dr Yeshi is a monk, doctor, and also ‘The Doctor of God.’ Many of his patients have claimed his miraculous healing can cure cancer. Yeshi, born and raised in Tibet, currently resides in Himachal Pradesh in India. A prodigy of medical lineage, he completed his medical training at the young age of 20 and even served as the personal physician to Dalai Lama for about 20 years.

He specializes in ancient Tibetan, Indian and tribal medicine. One of the foremost doctors of the world and people believe him to have cured fatal ailments like cancer and AIDS.

He believes in the power of ancient Tibetan medicine and hopes to popularize the same in the world. Awarding him the fourth highest civilian honour in India for his contributions to medicine is no surprise at all.

This year’s list of Padma winners is long (85 winners to be exact), it is full of such heroic stories and contributions.

From unknown people, who have dedicated their lives to the service of mankind. Fighting the harshest circumstances. Seeking no fame, no glory, just selfless service. Truly inspiring each one of us to be better!