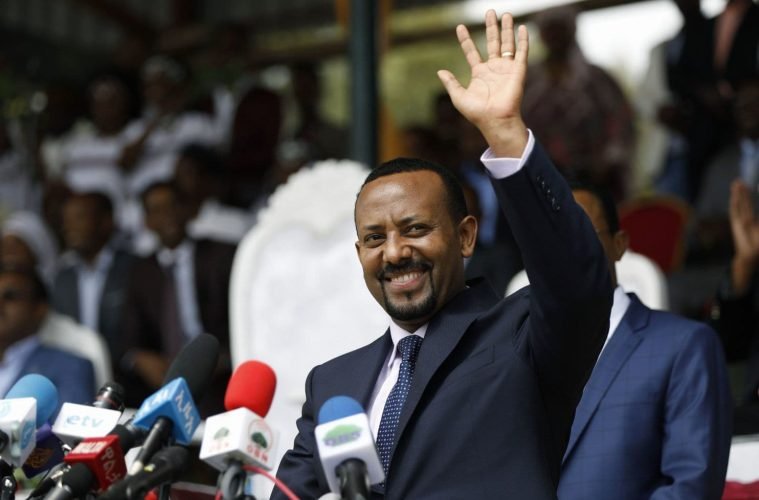 More than a hundred years of conflict. A two-decade long war. An estimated 100,000 people killed. Neighbouring countries, Ethiopia and Eritrea, had been involved in the bloodiest discord in the history of Africa. But things changed drastically for the better in 2018. The newly elected Prime Minister of Ethiopia, Abiy Ahmed Ali, took significant measures to end the conflict and establish peace in the region.

On 11th October, the Norwegian Nobel Committee awarded this year’s Nobel Peace Prize to Ethiopian Prime Minister Abiy Ahmed Ali. In its press release, the Committee stated that they bestowed the Prize on him for “his efforts to achieve peace and international cooperation in the border conflict with Eritrea”.

The enormity of Abiy Ahmed Ali’s efforts can be better understood by having a closer look at the timeline of the Ethiopia – Eritrea conflict.

The roots of the war go way back to 1870. The European powers were scrambling to get a pie of the resource-rich African continent. In return for its favours, a ruling Sultan sold the Assab Bay area of Eritrea to an Italian shipping company in 1870.

The Italians strengthened their grip on the newly established Eritrean region. They undertook remarkable infrastructural development of the country up to 1941 after which the region was won from the Italians by the British.

In 1950s, according to a UN resolution, Eritrea was federated with Ethiopia. Yet, Eritrea had its own autonomy over matters of administration, police and taxation. One can draw a parallel between Ethiopia-controlled Eritrea and the Chinese-controlled Special Administrative Regions of Hong Kong and Macau.

Eritreans celebrating their victory in the UN-conducted referendum

The Eritreans voted for and subsequently declared their independence. EPLF seized the power of the country and has not held elections since then.

While Eritrea was fighting for its freedom, its neighbour Ethiopia was not having a rosy time either. In 1974, a Marxist military junta ousted the Ethiopian emperor. Soviet Union had a huge role to play in this uprising and benefited by getting Ethiopia directly under its control.

The ill-governed state dived deep into poverty. The military regime also killed tens of thousands of opponents without trial. It also caused the devastating famine of 1983-85 to multiply in a way that it led to 400,000 deaths. 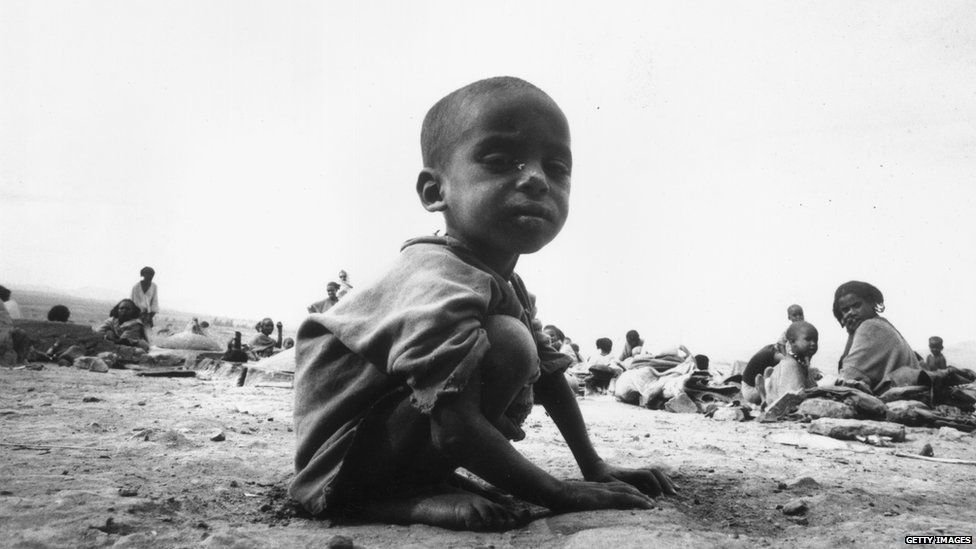 Thousands of children were malnourished during the Ethiopian famine of 1980s.

The underlying feeling of hatred against Soviet Union-controlled government took the form of a ghastly Ethiopian Civil War from 1974 to 1991. The rebel group, Ethiopian People’s Revolutionary Democratic Front (EPRDF), rose to be the ruling government in Ethiopia.

It was in alliance with the EPLF government in Eritrea. Thus, governments in Ethiopia and Eritrea both were brothers-in-arms in their efforts against the Soviet Union and the military junta.

As the two countries got international recognition, the border line between Eritrea and Ethiopia assumed a hazy nature. There was no clarity on what constituted the international border.

The entire border was engulfed in a dispute.

Several references to the colonial times were rendered useless because of lack of interpretation and mutual understanding. Eventually, Ethiopia’s EPRDF and Eritrea’s EPLF had a fall out leading to a full-fledged war in 1998.

“Two bald men fighting over a comb,” is how most geopolitical analysts described the war between Ethiopia and Eritrea. The war began on 6th May, 1998 over the control of border town of Badme – a meager town with no resources to fight for. The two nations had nothing to gain besides territorial supremacy. The conflict ballooned to humongous proportions as fighting arose over several towns dotted along the border. 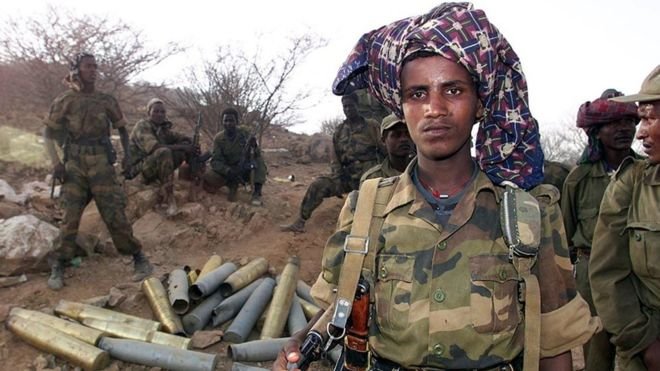 Languishing at the bottom of the world’s development charts (Eritrea ranks 179th on the Human Development Index while Ethiopia stands 173rd), the two countries led offensive against each other for over two decades. Both the sides accused one another of unprovoked attacks and unreasonable encroachments. Peace negotiations failed continuously as even international pressure could not deter the two countries from violent means.

The horrifying war saw massive displacement, unpardonable destruction and deaths of about 100,000 people. Besides human casualties, both the sides suffered an unquantifiable loss of already scarce resources and, more importantly, the loss of opportunity to develop.

Since the overthrowing of Soviet Union-controlled military junta government in 1987, the EPRDF has held the reins of governance of Ethiopia. However, the new government did not lend a helpful hand to the lives of the Ethiopians. Land grabbing, government-assisted killings of civilians and mass arrests led to countrywide agitation in 2015. The protests led to the resignation of the erstwhile Prime Minister Hailemariam Desalegn from the Chairmanship of EPRDF. 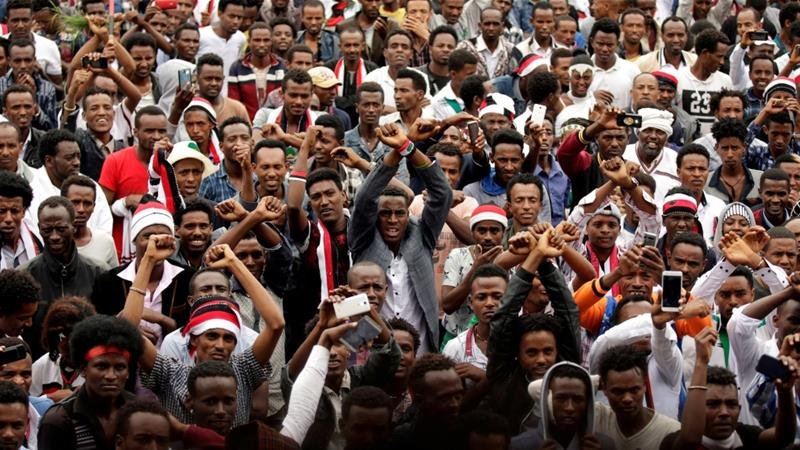 The following leadership election on 15 February, 2018 saw the emergence of Abiy Ahmed Ali as the fourth Prime Minister of Ethiopia.

43-year old Ali is no stranger to military conflicts. He is a trained military officer with a rank of Lieutenant Colonel. He is the face of literacy in Ethiopia – with degrees in computer engineering, an MA in Transformational Leadership, an MBA and a PhD to his name.

Abiy Ahmed Ali is no stranger to peace negotiations either. As a Member of Parliament, he was instrumental in easing communal tensions between Muslims and Christians in his hometown of Beshasha. He has openly renounced past regimes and has been vociferous about implementing reforms in Ethiopia.

The first hundred days of Abiy Ahmed Ali Prime Ministerial administration were nothing short of a whirlwind. He officially apologized to the Ethiopian protesters for the government’s actions. He brokered peace throughout the country and ended the state of emergency two months in advance. To his credit, Ali did not even pay heed to seething criticism from his political allies who alleged that he was doing too much too fast.

If Ali’s actions on domestic issues were displeasing for his allies, his take on Eritrea must have been a total shocker. He reached out to Eritrea and referred to the Algiers Agreement signed between the two countries in 2000. According to this treaty, Ethiopia is to hand over Badme back to Eritrea. Eritrean counterpart Isaias Afwerki did his bit towards negotiations too as he accepted Ali’s peace initiation.

Ali first welcomed Eritrea’s Foreign Minister Osman Saleh in Ethiopian capital of Addis Ababa in June 2018. This was the first high-level visit by an Eritrean official to Ethiopia in more than two decades. 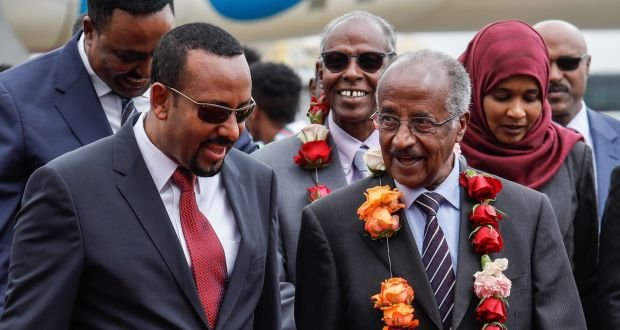 In the following month, he visited Asmara (Eritrea’s capital) and signed the ‘Joint Declaration of Peace and Friendship’.

Generations of Ethiopia and Eritrea have undergone massive displacements owing to the two countries’ violent past. Ali’s gesture of peace is bound to have a significant effect on the common man of both the countries. A case in point is Hagos, a 24-year old cart driver, interviewed by the Time magazine.

Child of an Eritrean father, Hagos grew up in Ethiopia. His father died in the conflict between the two countries. However, with the opening up of border, Hagos could reunite with his uncles and cousins. The family re-union made him realize that he is not an orphan anymore. Without Abiy Ali Ahmed’s peace initiation, sufferings of people like Hagos would not have seen an end.

There are essentially two steps involved in selection of Nobel Peace Prize laureates. The first step is the nomination process which begins in September and concludes in February.

Only a select people can submit a nomination for the Nobel Peace Prize. (One cannot nominate oneself.) Most notable among those who can submit nominations are Members of National Assemblies, Past Nobel Laureates, current and former members of the Norwegian Nobel Committee and members of the International Court of Justice.

According to its statutes, the Committee keeps the nomination list a closely-wrapped secret for fifty years before it is open for people to access. However, bookies and bet-makers predict the winners based on the year’s noteworthy peace-makers. This year, Abiy Ahmed Ali was among the favourites to win the Prize. Climate-change activist Greta Thunberg, New Zealand Prime Minister Jacinda Ardern, and Brazilian environmentalist Raoni Metuktire were also among the top contenders. 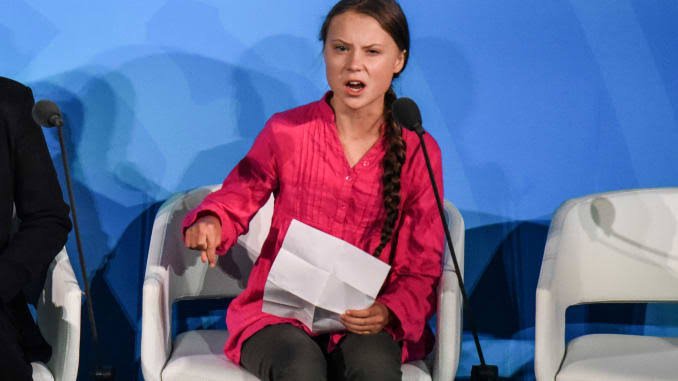 Greta Thunberg during her address at the United Nations.

Greta Thunberg was at the top of the favourable-odds list of online betting site Ladbrokes. The 16-year old Swedish activist took the world by storm last month as she lambasted world leaders for not doing enough for saving the environment. Her  impassioned, “How dare you?” speech at the United Nations reverberated around the world as she quickly ascended to be the face of the environmental activism.

Thunberg has already won the coveted the top honour from Amnesty International. She was also among the winners of the Right Livelihood award, sometimes called the “alternative Nobel”. Had she won the award, Greta would have become the youngest Nobel laureate. As of now, though, Malala Yousafzai continues to be the youngest Nobel laureate. Malala was 17 years old when she shared the world’s most prestigious award with Indian children’s rights activist Kailash Satyarthi in 2014.

By March end, the committee narrows down the nominations to a shortlist.

By the end of August, past and current reviewers (recruited people with expert knowledge about candidates) review the shortlist. However, the reviewers do not evaluate or make recommendations about the nominations.

In the beginning of October, the Norwegian Nobel Committee chooses a laureate. On 10th December, the laureates receive their prize in Oslo, Norway. (Interesting factoid: The Physics, Chemistry, Medicine, Literature and Economics awardees receive their prizes in Stockholm, Sweden.)

What does the Nobel Peace Prize Constitute?

Besides global recognition for their immaculate contribution to peace, Nobel Laureates take home a diploma, a medal, and a document confirming the prize amount. According to the Nobel Peace Prize Committee, the latest prize amount is SEK 9 million (equivalent to INR 6.52 Crores today).

Find our other articles on national and international awards here.