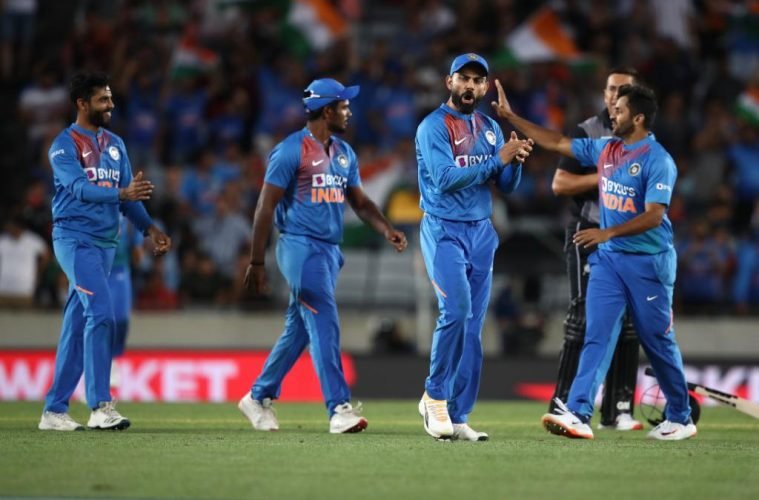 The Indian team is off to a flying start in New Zealand as they won their second T20I game on the trot against the home side. With the lead now 2-0, the visitors are on the brink of yet another series win. The Men in Blue are yet to lose a single series since the conclusion of the World Cup. This time, it were the Indian bowlers that let the party with some fantastic bowling, especially in the death overs. It will be interesting to see if the Kiwis can make a comeback after the back-to-back losses. 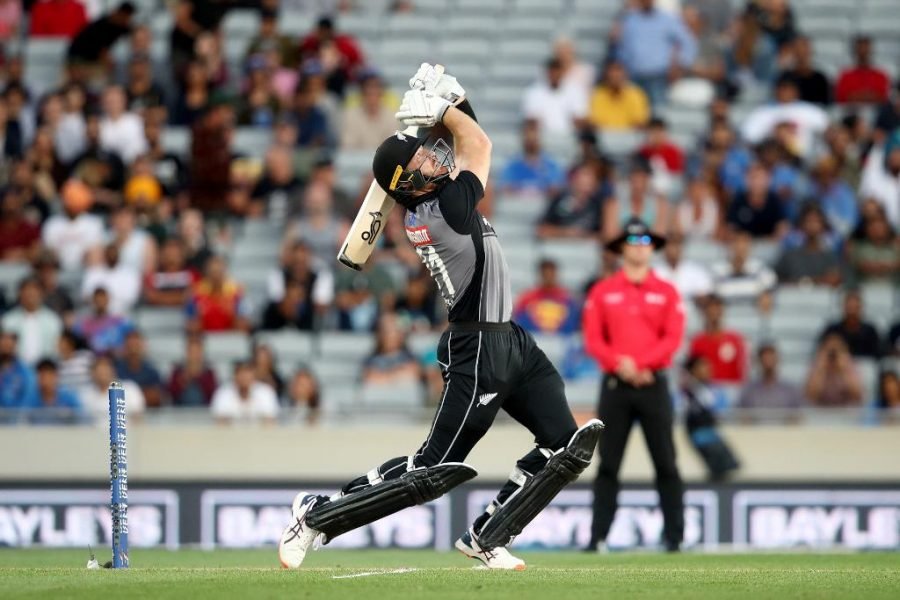 Earlier in the day, Kane Williamson who won back-to-back tosses elected to bat first again. Shardul Thakur who donned the new ball was tonked for consecutive sixes by Martin Guptill in the very first over. The Mumbai pacer finally got his revenge in the last over of the powerplay as he dismissed Guptill who scored a quickfire 33 (20). Colin Munro then accelerated as he hit Shivam Dube for a maximum. Dube too made it even as Munro got a top-edge and skipper Virat Kohli made no mistake near extra cover.

The Kiwis soon started to lose way as the Men in Blue tried to apply more pressure on them. Jasprit Bumrah was reintroduced in the tenth over as Kohli and Co looked to apply the brakes into the New Zealand innings in what was a slow pitch at the Eden Park. Yuzvendra Chahal and Ravindra Jadeja were exceptional in the middle overs as they conceded just 30 runs in six overs between them without a single boundary. Jadeja also managed to get the prized wickets of Kane Williamson and Colin de Grandhomme. 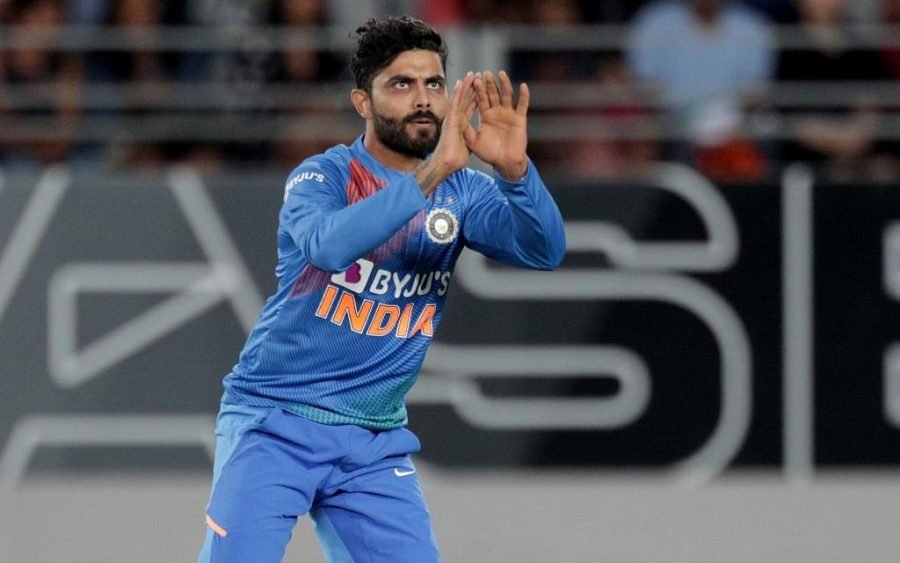 With the hosts struggling at 94/4 from 15 overs, Tim Seifert provided the much needed relief for his team as he breaked the shackles with a boundary and a six. It was the first boundary for Kiwis in 42 balls as they seemed to get a move-on from Yuzvendra Chahal’s last over. However, Jadeja bowled an extremely tight seventeenth over as he conceded just six runs. With three overs to go and Bumrah to bowl two of them, everyone knew what was to follow.

The right-arm pacer bowled a clinical over conceding just three runs where he almost got Ross Taylor but for his captain Kohli who dropped a sitter. Bumrah finally claimed Taylor in the last over as he struggled to get into the groove throughout the innings. Shami also bowled an exceptional penultimate over as both pacers conceded at less than 6 an over. The hosts were restricted to a total of just 132/5 in their quota of 20 overs.

India's peppering NZ with some hostile fast bowling in their own yard. When you feel sorry for bastmen abroad coz you are hurting them, is very very rare for an Indian fan. More power #INDvsNZ

Rohit Sharma who got off with two boundaries fell to Tim Southee in the last ball of the first over. As the Indian skipper Virat Kohli walked into the crease, he alongside KL Rahul batted cautiously before pressing the acceleration button. However, Tim Southee claimed his second scalp in the form of the Indian skipper as India lost two of their best batsmen inside the powerplay overs.

The pair of Mitchell Santner and Ish Sodhi tried to break India’s momentum as they bowled economically. However, once the batsmen got set, they decided to take on Sodhi who was deposited into the stands by Shreyas Iyer. On the other hand, Mitchell Santner bowled a fantastic spell of four overs conceding just 19 runs. Blair Tickner also bowled a tight over with just six overs left as the match headed towards an exciting finish.

KL Rahul and Shreyas Iyer to the rescue 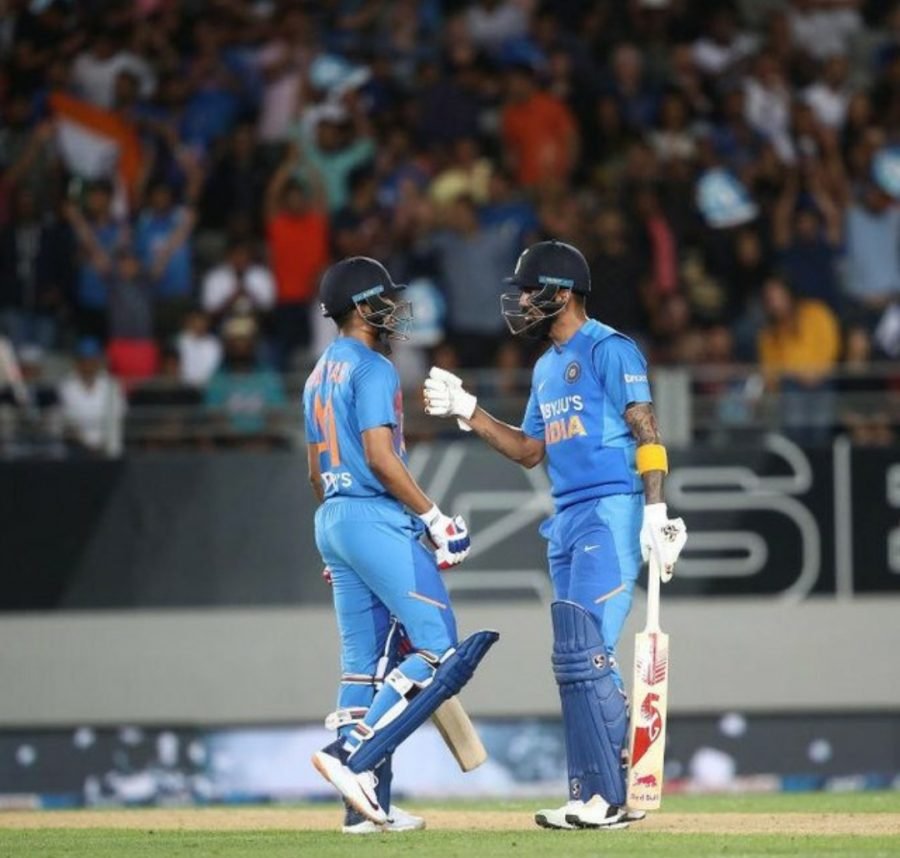 Come the T20I format, come KL Rahul. The opener has been going through a great patch in the shortest format and his performance at the Eden Park was quite amazing. Smashing his sixth fifty in the last eight innings, as he slammed a six and a boundary off Hamish Bennett to reach the mark. On the other hand, Iyer batted well too in what was a game-changing 86-run partnership off just 67 deliveries for the third wicket.

Iyer also went after Tickner and Sodhi before he miscued one to Tim Southee who took a diving catch. While he missed out on a well deserved half-century getting out for 44 (33), Rahul stayed not out at 56. Shivam Dube completed the winning formalities as he smashed a six over long-on to seal another victory for India with more than two overs to spare.

Over 300 runs for KL Rahul in his last 5 T20 innings.
Very impressed with the versatility that he has shown and adapted to different positions and roles.
Great support from Shreyas Iyer.
But this win was set up bey the bowlers who did not let NZ bataman to get away #IndvsNZ pic.twitter.com/uHTMc0XSKa

With India on the lead, they will be looking to continue the strong performance and seal the series in Hamilton itself. As for the hosts, it will be a comeback of sorts if they manage to win the series after being two down. While the batsmen have failed today, it has also been the injury marred pacers attack that have let them down. However, it will be a foolish ploy to undermine the Kiwis and no one will know that better than India. The wounds of the World Cup semifinals are still fresh.

Find our review of the 1st match between the two teams, here.