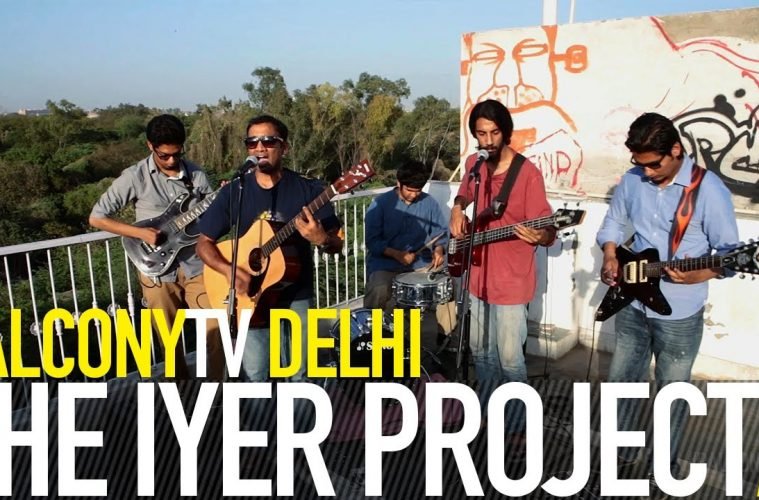 They say that your taste in music reveals your inner passion. But if your passion is music itself, then you just feel it flowing through you. It chooses you, holds you tight and never releases you.

These 3 Delhi-based bands have been proving that if there is something to be changed in this world, then it can only happen through music.

Well, someone has rightly said that creativity is thinking up new things while innovation is doing new things. In April 2013, three friends, Chandramouli Chandrasekaran, Ananth Venkatesh and Ashvin Venkatesh started a band. And, mind you, not just a simple Rock band but an Alternative Carnatic Rock band. They wanted to try something different, something new. So, they came up with the idea of their band, The Iyer Project.

In their very first meeting, they ended up composing four songs, namely, jal, confused hypocrisy, killing time and boondein. They were joined by an exceptionally talented drummer Sameeron Chatterjee, in 2013. In early 2014, although they were getting opportunities to perform but they still didn’t have a bassist. Sahil Dhingra, who used to record their songs, offered to be their bassist for a while. But, in early 2017, he had to leave as he wanted to concentrate on his studio, so he was replaced by Himangshu Yadav who is a full-time bassist.

The Iyer Project has performed gigs all over the Delhi-NCR region at places like Hard Rock Café, Turquoise Cottage, Café Out of the Box and many other places in the Hauz Khas Village. In 2015, they won The White Collar competition and were reviewed by many international magazines. They have also competed in BITS Goa’s college fest. In early 2017, they performed at Surganga Festival which was held at the banks of river Ganga in Varanasi.

On being asked about the challenges that they have faced so far, Chandramouli Chandrasekaran, the vocalist as well as one of the founders of the band said, “The biggest challenge is not making the music, but finding the right platform to showcase your talent.”

The Hansraj Projekt is a World Contemporary Fusion band which was found in the year of 2013. The band started off as a college band but they further decided to take it to professional level. Initially, the biggest problem that they faced was to choose the direction in which they wished to proceed. Also, getting hold of good shows was another challenge.

But with time, The Hansraj Projekt made a place for themselves in the battle of bands. Their hit tracks are Tipsy, Dilda Bhed, Udd Jaa, Batiyaan and When You. They have so far performed at The Electric Room of the Lodhi Hotel, Kamala Nehru College, The Ashok, O. P. Jindal Global University, Farzi Café and Swarnabhoomi Academy of Music. Currently, they are working on their debut album EP which will be released by the end of August.

When asked about their journey, Anirudh Varma, who handles the keyboard in the band, said,” Our journey has just begun. For we have competed in the college festivals for the longest time. We have just entered the real world. We hope to keep discovering new facets of our sounds and identity, be being honest with ourselves and our audience.”

Dor is the brain child of Manish Chauhan which came into existence in September of 2012. Since then, we have performed on over 300 stages. The name Dor which means ‘thread’, was coined during inception, and signifies the thread of music that binds the world together and also our vivacious band members.

Dor is a thread of trust, a thread of belonging, a thread of love which has been nurtured into a firehouse of power-packed performances over a period of time. It has five musical Einsteins who form the backbone of the music it churns. Dor is a fusion rock band that plays a blend of Rock, Sufi and Folk, delicately weaving and finely balancing Hindustani vocals with western elements of Jazz, Blues and Rock music.

As a band, one always faces challenges, be it family or finances. There were a lot of challenges that Dor had to go through at that time, some of which they continue to face in bits and pieces, even today. One of the prominent ones would be getting the right deal with the café owner which is worth your talent.

And with a new band coming into the city, every other day, the prices have cut down like nobody’s business but the saddest part of all is that one looses the authenticity in music somewhere with every new band wanting to just imitate the success formulas of other bands, focusing less and less on originality and curation of music.

Dor recently performed at two prominent cafes in New Delhi which was a great success. They are coming up with many more gigs across Delhi and Punjab by next month. They’re also working on a new video for their song, ‘Maahi Ve’ which will be launched shortly.

When asked about his journey, Manish Chauhan, the founder of the band said, “The journey has been really exciting; we really enjoy what we do. We are planning to launch some phenomenal original compositions in the market for our listeners. The project is currently work in progress.”