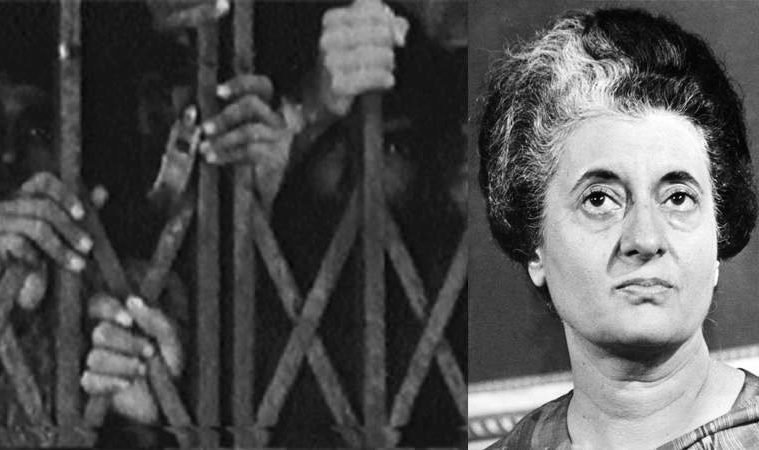 This day marks the 44th year of imposing an Emergency for third time after having attained independence and adopting a Constitution. Prior to this, India announced emergency in view of the Chinese aggression in the NEFA in 1962. And for the second time when Pakistan launched an undeclared war against India in 1971. But what vividly marks history is the 1975 proclamation of Emergency by the then Prime Minister of India Ms. Indira Gandhi.

What makes this proclamation so memorable? Or may I say infamous in the history of Indian politics? Perhaps the first reason would be that while the two preceding Proclamations were because of external aggression, the third Proclamation of Emergency was because of “internal disturbance”.

The “internal disturbance” cited in a Press Note relating to the Proclamation was:

“Certain persons have been inciting the Police and Armed Forces against the discharge of their duties and normal functioning”. 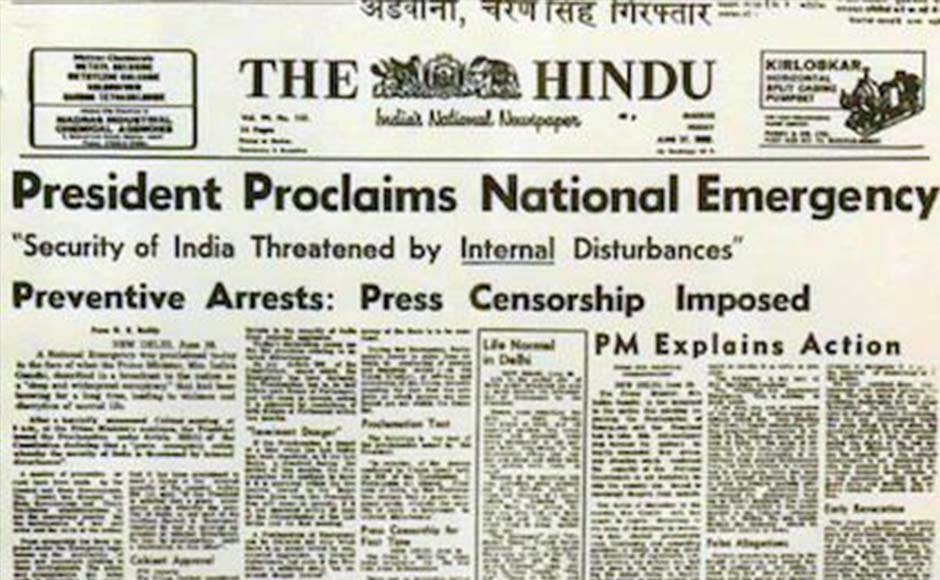 Ms. Gandhi, the first woman PM of India was on the epitome of her political career with her party men being a mere puppet. She was popular as the benevolent dictator of India. Some regarded her as a savior owing to the “Garibi Hatao” slogan and her master strokes in the international relations. Being at the zenith of her game, she had a good amount of the “Gandhi” loyalists. And she also had a great deal of haters. But the instigating cause here for the Emergency of 1975 was the case Indira Nehru Gandhi v. Raj Narain.

Indira Gandhi was an MP from the district of Rae Bareily in Uttar Pradesh. She defeated Mr. Raj Narain to win the elections. Raj Narian filed in the Allahabad High Court a case to cancel the said election on the ground of Ms. Gandhi using the Government Machinery and illicit means to win the elections. The Allahabad High Court, after the trial found Ms. Gandhi guilty of the charges and declared the election of Ms. Gandhi as MP from Rae Bareily as unconstitutional. This led to her losing her seat in the Lok Sabha. The Supreme Court, on an appeal upheld the order of the Allahabad High Court. And that is how an incumbent Prime Minister was dragged in a court. There, she was cross-examined and was found guilty of bribing voters to win as an MP.

This verdict wasn’t the climax of the political turmoil in the then India, it was rather just a beginning. Soon after she learnt that her position and power may run serious perils of being abdicated, she requested the then President Fakhruddin Ahmed to proclaim emergency on the ground of “internal disturbance”. This reason was in fact a mere political disturbance in her career became a “National Emergency”. It is interesting to note here that while the Emergency came in force on the 25th June, 1975 the Presidential Order was released on 27th June. Thus the Presidential order was a mere formality.

All hell broke loose after Emergency was proclaimed. Ms. Gandhi herself gave powers to her men to arrest any person on mere suspicion if he/she uttered a word against the Government let alone organizing a protest. So armed by the provisions of the Maintenance of Internal Security Act, 1971 (MISA) leaders of the opposition, thinkers and basically anyone who had an opinion was arbitrarily arrested, detained, searched without warrants and what not. 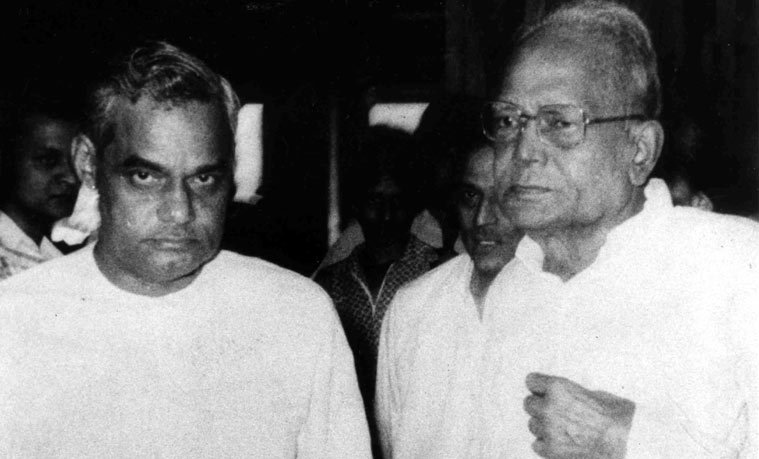 Leaders like Morarji Desai, Atal Behari Vajpayi, L. K. Advani, Jayprakash Narayan were arrested without any substantial grounds. So much so, as soon as the Emergency was announced, the electricity supplies to the Press were cut. There was total ban on free speech and expression. Political leaders disguised themselves to escape the havoc of arrests, some went underground. It may be mentioned that the number of detenus, during the Emergency had soared up to 1,75,000, because in the name of “preventive detention” no one was spared!

The only respite left for the common people i.e., non-Gandhi-family-loyalists was the Judiciary. This was a time when the Indian Judiciary was radicalized by powerful and path-breaking judgments. One such judgment was in the case of A.D.M Jabalpur v. Shivkant Shukla, but only in being an exception. This case was an amalgamation of writs (habeas corpus) in the various High Courts of India. The Right to move directly to the Supreme Court under Article 32 was suspended due to the Emergency laid down. This meant, no one could seek the assistance of any court in India to try and save his liberty, life or limb threatened to be taken away by the State.

A day which produced a judgment so shameful that even Hitler would have blushed! Only Justice H.R Khanna dissented the opinion of the rest of the bench. He proclaimed that even in times of Emergency, basic fundamental right of life and liberty of an individual should be saved by the Courts of law. Justice Khanna paid the price for his dissent. He was next in line to become Chief Justice of India. He resigned when his junior, Justice M.H. Beg, superseded him. That was justice Indira Gandhi style!

It took years to wipe down the stigmas which the “Indira Emergency” laid on India’s Post-Independence history. After coming in to the Government in the following term, the Janata Party brought about the 44th Constitutional Amendment. It stated that the Right of Life and Liberty and the Right against Preventive Detention cannot be abrogated in spite of their being an Emergency proclaimed. The MISA was repealed and Article 352 was also amended to preclude instances of “internal disturbances” as a ground and was substituted with “armed rebellion”.

Thus, the Emergency of 1975 which lasted for close to 2 years will always be remembered as a dark era of our country. It was more of political move than one in the best interests of the country as envisaged by the Constitution.