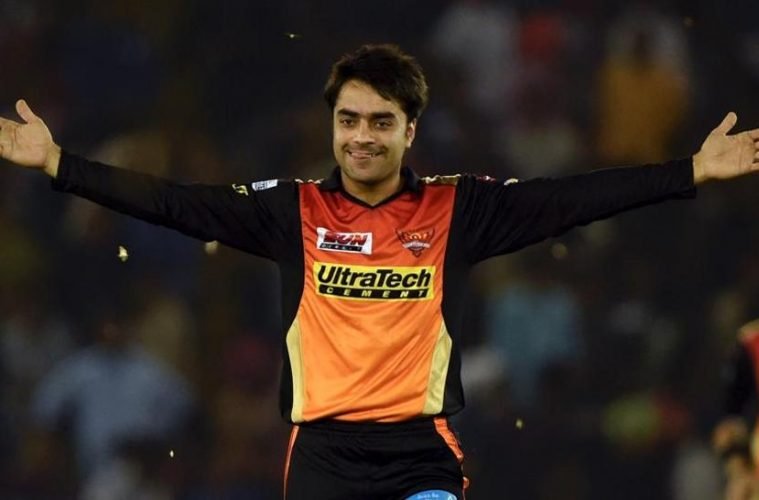 The money-pool edition of 2017 is finally over. The cafes and the lounges and the clubs will now begin to run dry during the weekdays like before. There will not be hot cheerleaders lighting up your TV screens every weekend anymore. Your weekly spend will go down in case you are one of the 1% of people who watch it.

With the ending of this edition, we also say goodbye to the new born babies in the IPL i.e. Rising Pune Supergiant and Gujarat Lions. With the expected reshuffle next year, all the players will be thrown into the auction pool. These 2 teams will be replaced by the originally ‘fixed’ teams of Chennai and Rajasthan. Also in case you are one of the 10 people in India who feel Nita Ambani does not pull the strings on EVERYTHING that happens in the IPL, please stop reading forward.

Moving on to better things, the IPL is an incredible platform where youngsters get to showcase their talent and lay down markers for their future careers. Apart from the Dhonis and the Kohlis and the ABDs and Smiths, a few of young guns make a name for themselves every year. In many ways, this is their Launchpad onto the international cricket scene. Hardik Pandya and Jasprit Bumrah are prominent examples of this. This year was no different from the last 9 IPLs. India’s younger generation was brilliantly represented along with a few international names here and there.

Here is a list of 5 Emerging Players Of IPL 2017 That Bowled You Over On Field: 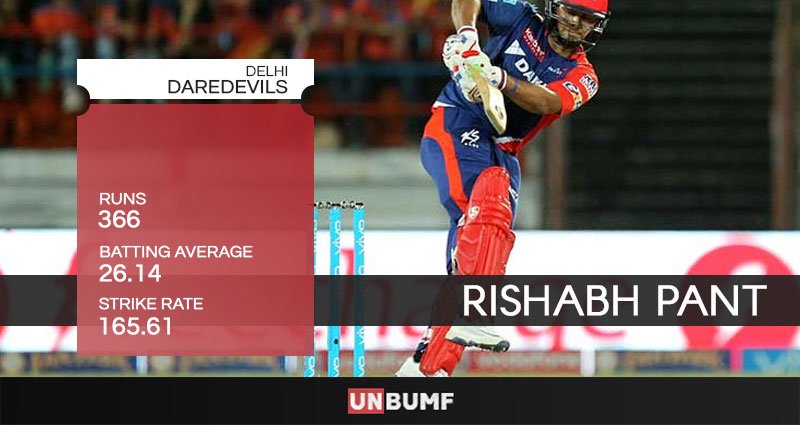 We had him on our list last year and he has gone on one better this year. To say he has untapped potential would be the biggest understatement of the IPL. The man is not fazed by the big occasion and certainly not one to shy down from a challenge. His match winning innings against Gujarat Lions where Delhi chased a target of over 200 will be one every IPL fan (if someone is okay calling themselves that!) will remember for years to come. It gathered plaudits from the god himself, Sachin Tendulkar. Having amassed over 350 runs at a strike rate of over 160, Pant has well and truly seized his opportunity. His efficient wicket keeping skills mean that his transition to the national team might be escalated a tad quickly. 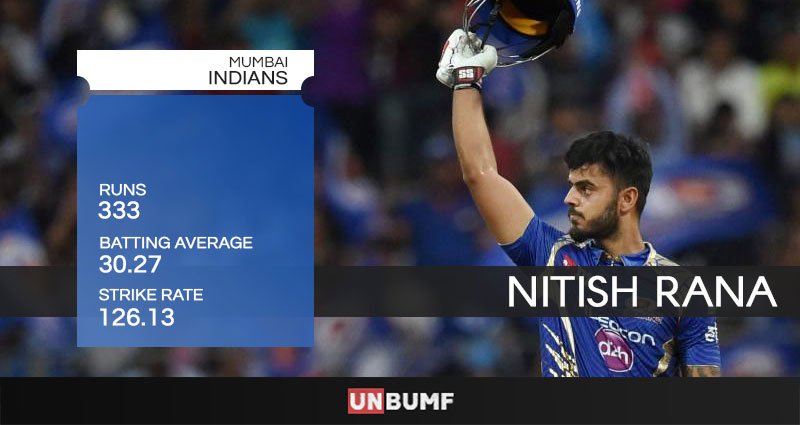 The Delhi born lad who played for Mumbai this season now has 2 IPL trophies under his belt, having played just 3 seasons in all. He scored three half centuries in a total of 333 runs at an average of 30. This came in a star studded MI team that boasts of Pollard, Butler, Sharma and Simmons. And with that, he has certainly stamped his authority in the moolah league. He didn’t have the best second half of the season, but that didn’t really stop us from including him in this list. For his match winning contributions are hugely responsible for getting MI through qualifier stage. When Ricky Ponting says you have a huge future playing for your national team, you listen and nurture the talent. 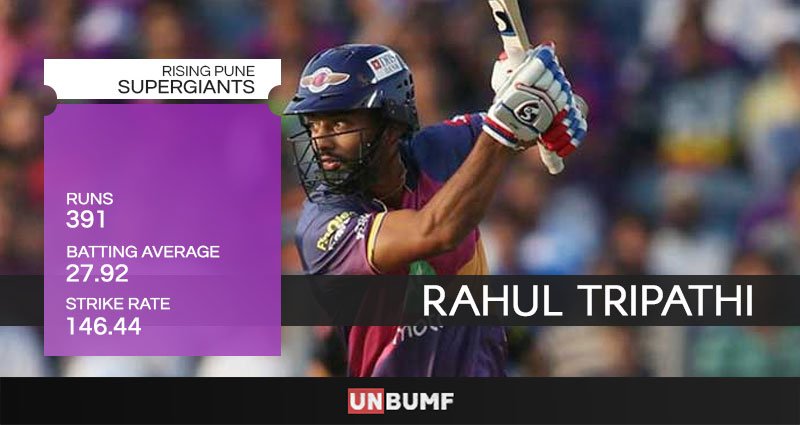 RPS faced opening partnership troubles almost allthroughout this season. You would think it’s the batsmen at the opposite end of Rahane that seemed to be the problem. But on the contrary, the batsmen at the other end ended up being the solution to this. Close to 400 runs at an average of close to 30 and a blistering strike rate of 150, Rahul Tripathi took the IPL by storm this season. In a batting line up of Stokes, Rahane, Smith and Dhoni, he made a name for himself at the top of the order. Earning praise from captain Smith, he provided the stability for Pune at a time when the star players around him didn’t get going. 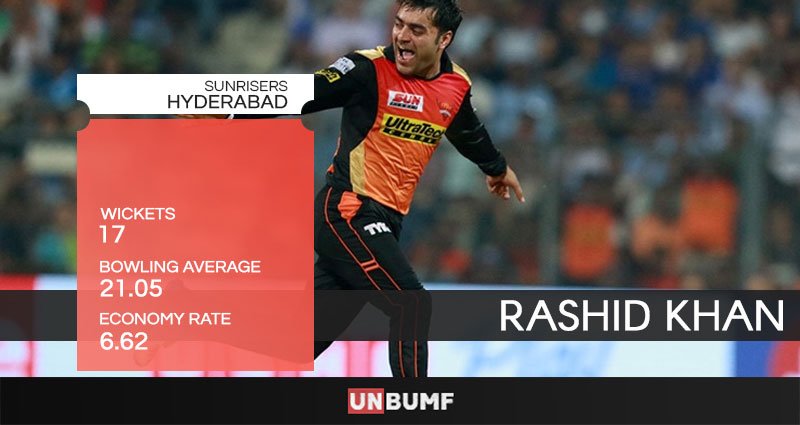 All of 18 years old, already an international with Afghanistan and boy! This guy does have a bright future in the game. Having earned praises and applauds left, right and center, the young Afghan leggie has been a revelation with the Sunrisers. Carrying a hefty price tag of 4 crores and being from Afghanistan, he had his doubters before the series began. His immense talent and potential though has defied his roots and his age. Rashid was always a contender for the purple back almost throughout the tournament. With 17 wickets at an average of a meagre 21 and an economy rate under 7, speaks volumes about the scales this young boy can achieve. 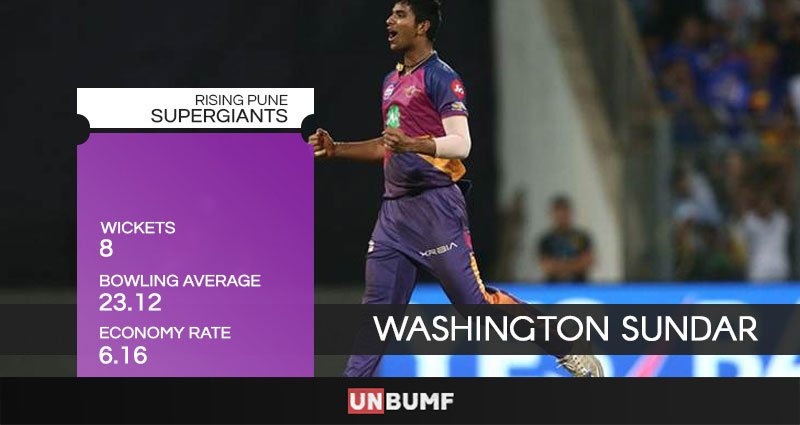 If you manage to succeed in spite all the efforts of your parents for having named you that, you are definitely worth a mention. The young Tamil Nadu born off spinner has been welcomed on to the big stage this season. Having only been drafted in at the expense of an injured R Ashwin, he has done brilliantly. He bowled at an average of 23, an economy of just a shade over 6. Without hogging any of the limelight, he has gone on with his business in the most elegant manner having helped his team topple Mumbai in the first qualifier with figures of 3-16.

A lot of the other players like Mohammad Siraj (Sunrisers Hyderabad), Basil Thampi (Gujarat Lions) and Shreyas Iyer (Delhi daredevils) have been mighty impressive. While Thampi has gone on to win the official emerging player award, you could argue that there was better representation in some other names. Foreign names like Andrew Tye, Mills and Travis Head have also been touted as a success in this year’s edition.