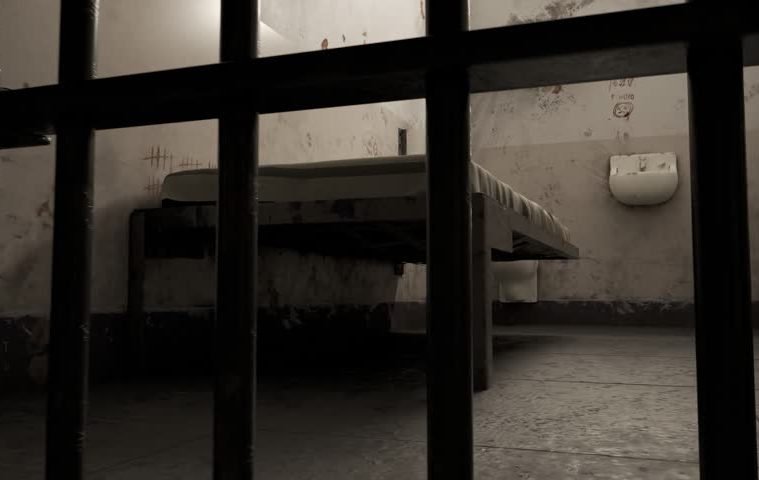 We all love those crime series where the criminal is outsmarted by the police and is put behind bars. We all exhale and think, “hey, justice is served. The world is a better place”. But do we ever think of what happens when the prisoner is behind the bars? Do we ever wait and think that there is a possibility that the prisoner who has all the time in the world now, is plotting of an escape?

No, we do not. But come to think of it, it is a possibility. At least for the prisoners, who were too smart to get inside in the first place. Ofcourse, this has happened, because here have collected a few such instances, where the prisoners have found such creative ways to escape that no motion picture has been able to match the grit of these plans. Here are few of the craziest prison escapes of all time-

1. The Escape With A Dental Floss:

Here is the thing, prisoners are obviously not allowed any tools like saw or hammer, etc, inside the cells, for the obvious reason that they might saw the bars off. But what if someone uses just a dental floss. Sounds insane and unreal, right? Not if you would ask Vincenzo Curcio. Curcio was convicted criminal for a murder and involved in seven other cases and this is how he escaped on March 17, 2000. Built-in the decade of the 1970s the Vallette prison in Turin, was made to withstand attacks from the outside to obstruct any outside help for prisoners to escape. The inside, however, well, now we know that it was not particularly well thought. The prison bars were made of ductile iron, containing no carbon, making it softer than steel or normal iron. Suddenly chemistry seems more important.

Once the bars were out of the list of things to take care of, it was rather simple from there on for Curcio as it just took bed-sheets tied together to form a rope to climb down the window and off he went. However, the freedom did not last too long as he was again captured from the same town on July 11, 2000.

2.The Escape With The Prison-made Tools:

Parkhurst Barracks, a British prison opened in 1805 was notorious for being known as one of the toughest jails in the Brit Isles.

However, on 3 January 1995, three prisoners – Matthew Williams (convicted for bombing), Andrew Rodger (convicted murderer), and Keith Rose, (a qualified pilot, serving life sentence for murder), proved otherwise. The trio took to the workshop in the prison to make their own three-sectioned ladder to scale a 25ft high boundary wall. Not only that but they also fashioned a master key made only on the basis of visual memory of the keys they saw with the guards, to sneak out. Even crazy is the fact that they made a gun, on their own.

So one day, they hid in the gymnasium of the jail and were ready to execute their plan of escape. Keith’s flying skills were to come to use for the group to fly their way off from the airport in a Cessna 105, viz. a trainer aircraft capable of carrying two people.

But sadly for them, that did not happen as the plane required a key to be turned on and the metal piece inserted in the key slot got jammed. Doomed! eventually leaving the three with no other option but to run from there. But the distance you had planned to cover by a plane can never be done on foot and obviously they ran out of luck. They probably also ran out of food and energy to run further, because they were soon spotted by the residents of the area. So on  8th January, just 4 days after escape, they got caught at 7 pm on the Isle of Wight. So close yet so far. 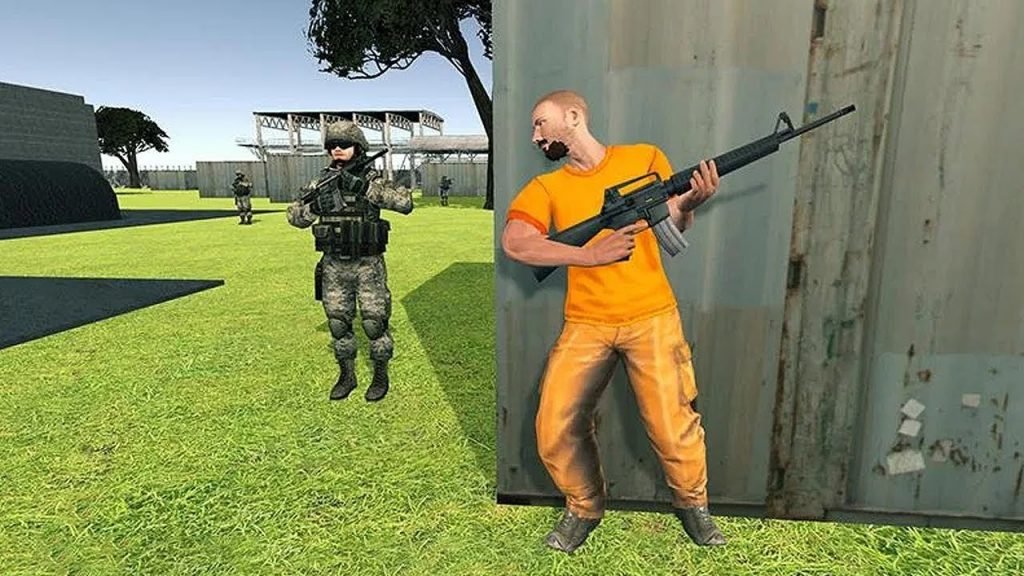 3. The Escape With The Mommy Dearest Involved:

No heart is as caring as a mother’s. This was proven right yet another time when a mother planned a master escape plan for her son on April 11, 1998. Jay Sigler, (31) convicted for armed robbery, serving the eighth year of his twenty-year-long sentence was waiting for outside help at Everglades Correctional Facility in Florida. And help arrived in a rather bold fashion when Jay’s friend John Beaston driving a mack truck rammed through four security fences of the facility and opened fire at the guards with a 12mm sawed-off shotgun. This was closely followed by the mastermind of the plan, in a car, fifty-eight-year-old Sandra Sigler, mother of Jay Sigler herself.

It sounds straight out a movie and would have actually taken some balls to pull off but it still ended sadly when the gang ended up colliding with a car and killing the motorist and also getting captured back again. Only this time with more convicts and more severe charges of first-degree murder. Eventually, it became clear that the caring mommy cared more about her own self than anyone when she testified against her son to reduce her own sentence.

4. The Escape With The Tunnels:

Stalag Luft III was a German prisoner of war camp which was deemed inescapable until this happened. The camp held thousands of captured allied airmen during WW2. The prison was indeed a very well-built setup having an elevated prisoner housing to expose tunnels and used seismograph microphones around the perimeter of the camp.

Even the loose collapsible sandy soil upon which the camp was built was a major challenge in digging tunnels to escape. Despite so many things going against the most easy-to-think-of way to escape viz. digging a tunnel, this was still the idea that the escapees went ahead with. There has to be something exceptional about it because everything was just off, right?

They were led by RAF Squadron Leader Roger Bushell, also code-named Big X who comprehended the plan for the mass escape in the spring of 1943. Now, why Big X? It was October 1942 when Big X was transferred to Stalag Luft III before which he had already made two escape attempts and even got shot during one – Dunkirk evacuation. From there he was on to his next one. Stressing on the timeline once again, from October 1942 to the spring of 1943, he was ready with a massive escape plan which involved a contribution from over six hundred prisoners!

In his own words, which to be honest, make this mammoth task sound way simpler – ‘Three bloody deep, bloody long tunnels will be dug – tom, dick and harry. One will succeed!’

The tunnels actually fit the description – 336 ft long, 30ft deep to stay off the microphones’ range, and 2ft wide with electric lighting, an air pump rope-operated trolley system. On 24 March 1944, at night the escape began when over two hundred prisoners attempted the escape, as many of the prisoners who were a part of this plan were transferred in between the duration of the giant project. Sadly, only 76 prisoners could escape as the 77th person was spotted by the guards. Out of the escaped 76 men, 73 were recaptured. Eventually, our main man, Big X, and 49 others were executed as per the orders by Adolf Hitler.

This was such a out-of-the-ordinary attempt that a movie was made after this, ‘The great escape’, starring Steve McQueen. 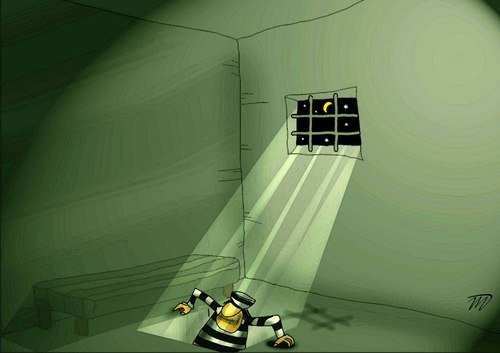 5. The Escape With The Helicopter – Part Deux:

Pascal Payet was sentenced for 30 years of jail time in for killing a guard during an armed robbery of a security van in 1997 in Salon-de-Provence. Barely starting into his sentence Pascal planned his first escape on October 12, 2001, from a French prison in Luynes village, via a helicopter that his friends high jacked for him for this endeavour. The helicopter landed in the courtyard of the prison and off he went. First attempt, successful!

He escaped from the prison. But as they say ‘Make it large’, he seemed to believe in it. Two years later, on April 14, 2003, he came back to rescue three more prisoner friends who were arrested with him in 1999. This time he was not successful and eventually ended up getting additional jail time, 6 years for escaping in 2001, 7 years for organizing a prison escape in 2003. After the 2003 incident, he was moved from one prison to another in just 3 months to ensure he did not have enough time at hand to plan an escape again. However, Pascal’s grit was still much in place as he waited for his moment.

The moment happened on the night of July 14th, 2007 when for yet another time he escaped, from Grasse prison in southeast France with the help of four masked men, again in a helicopter high jacked by the accomplices from Cannes with its pilot held hostage. The helicopter landed on the roof of the prison, strategically not allowing the guards to shoot at it. The operation took only five minutes and resulted in success. However, he was again recaptured again only this time to be locked in a secret location. Enough of them chopper charades!