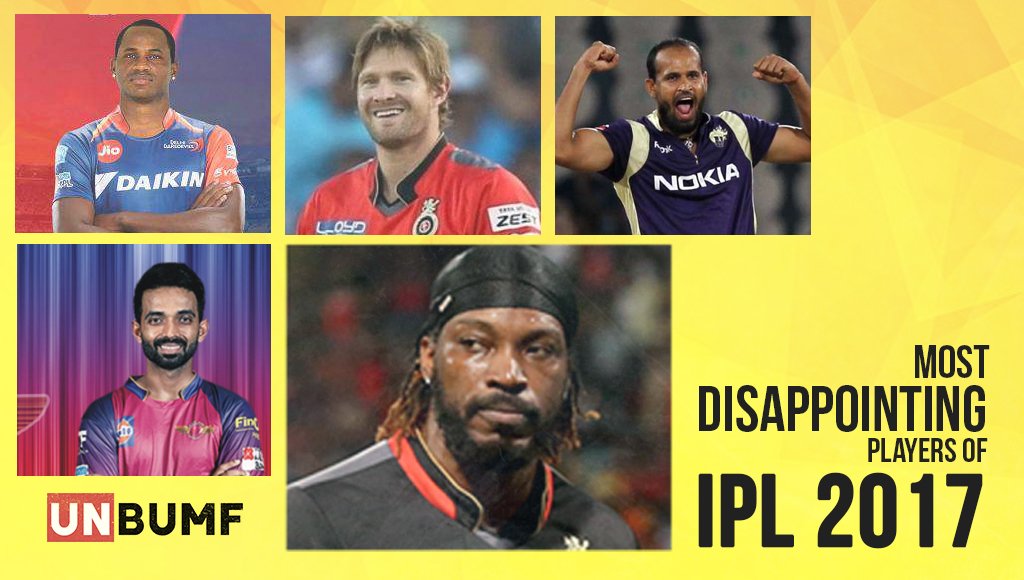 This one is for the Uday Chopras of the IPL, the HIMYM of the richest cricketing league in the world. This is for the ones who aim to be Taare Zameen Par but end up as Jhoom Barabar Jhoom. The big names and the hefty price tags that failed to entertain us or even provide minimalistic justification to their reputation. This year’s edition had a lot of surprises when it came to the high flying star players underperforming. One of the major reasons RCB and Punjab failed to make an impact was because who they thought were Daenerys’ dragons turned out to be a poorly animated green background caricature from a B grade Bollywood movie. Here is our list of top 5 disasters of IPL 2017: 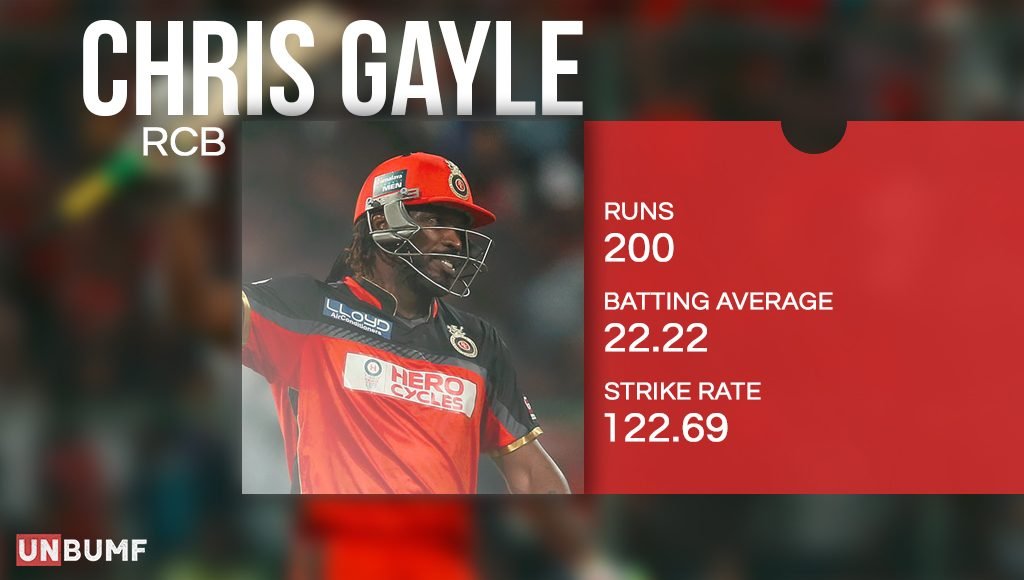 The big bully of the game had one of his worst seasons in the IPL. To be fair, he has been on a downward spiral in the recent years albeit the odd high flying performance here and there. The Fear Factor he once carried has now turned into Khatron Ke Khiladi. That in itself is saying a lot about his standards. He has a mediocre 200 runs at a non-existent average of 22. He has been dropped from the side on multiple occasions. This comes out as a testament to his degrading batting abilities. 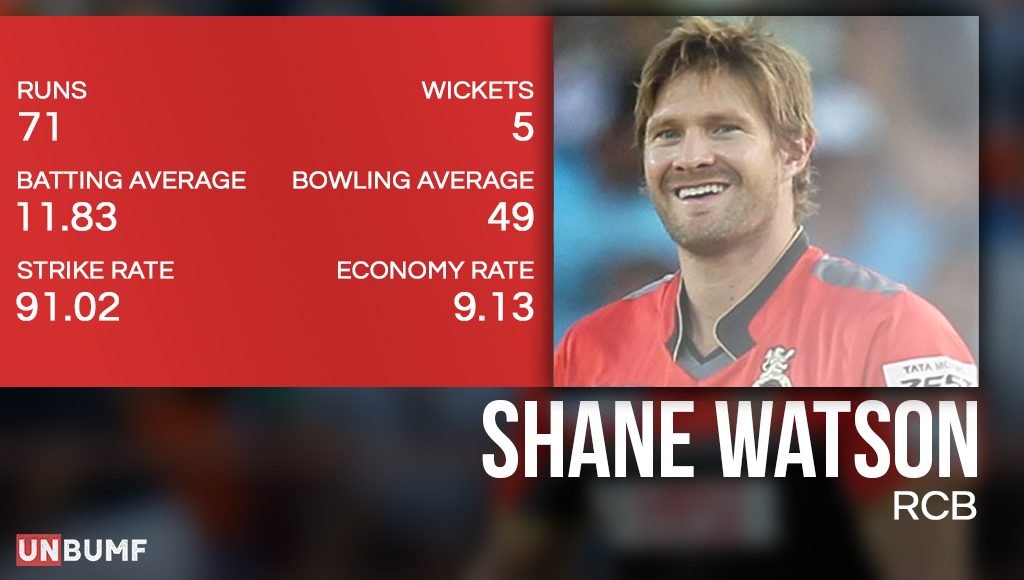 Part 2 of why RCB sucked and what led to their downfall. Their leading all-rounder underperformed terribly with bat and bowl. To put it nicely, his numbers make sense if you read them in the reverse order. He has a bowling average of 49 and a batting average of 11. Yes you read that right. He managed 71 runs in the tournament, was in and out of the side on a fairly regular basis. After this, one can argue that this might be the last of what we see of Watson in the IPL. He looked out of ideas and lacked motivation at times. This clearly translated negatively on the field. 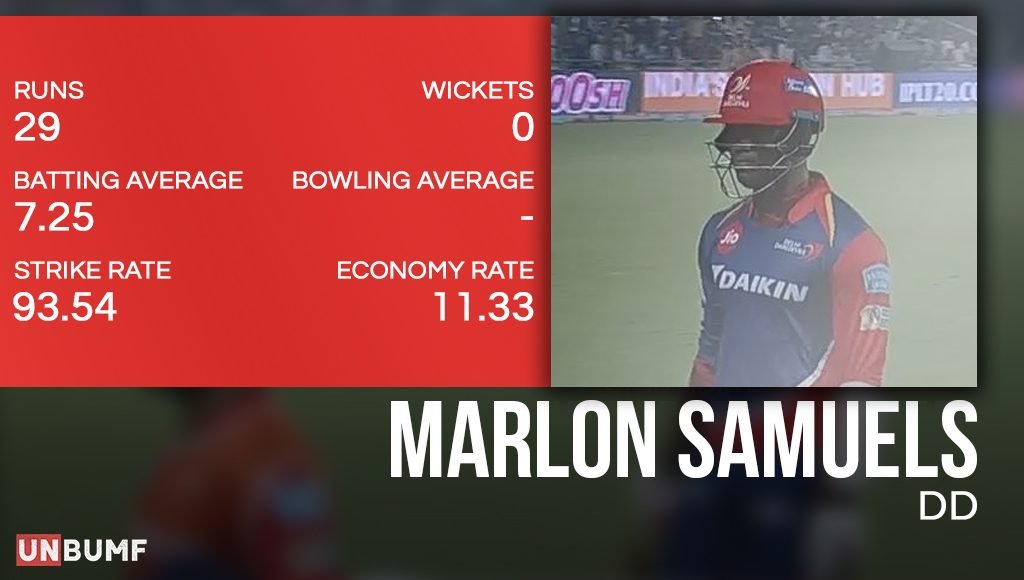 The West Indian old dog is still around and represented the Delhi franchise in this year’s IPL. His performance makes you feel he had taken up that reggae DJ career and stayed away from the IPL. Supposedly here to provide experience to a young lineup, Samuels never got going. To say the least, his numbers are embarrassing. To be very clear, his place in the Daredevil squad is a joke just like the joke in which Trump became the US President. 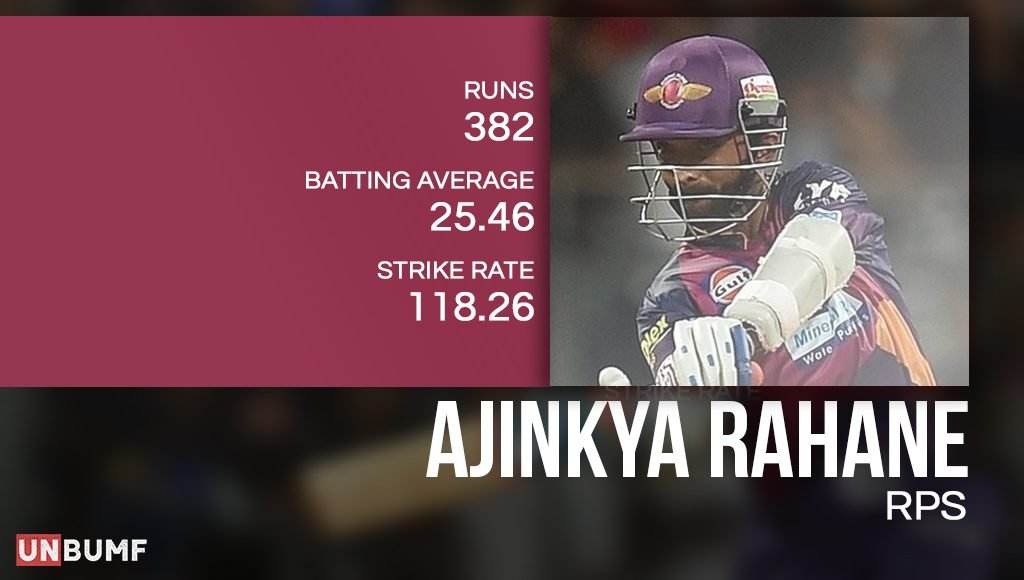 I agree that his inclusion in this list might be a little harsh but it is justified in some ways. But, he is way below the standards if you look at what is expected of him. Only 2 half centuries amidst over 350 runs where time and again he faltered at the top of the batting order. Only an inexperienced Rahul Tripathi bailed him out with some stability. His inability to get off to a good start in the powerplay had led many to question his ability at the top. Maybe he was not necessarily playing “badly” but somehow the runs did not seem to flow. His return to form with a 43-ball 56 is timely with respect to the upcoming Champions Trophy. 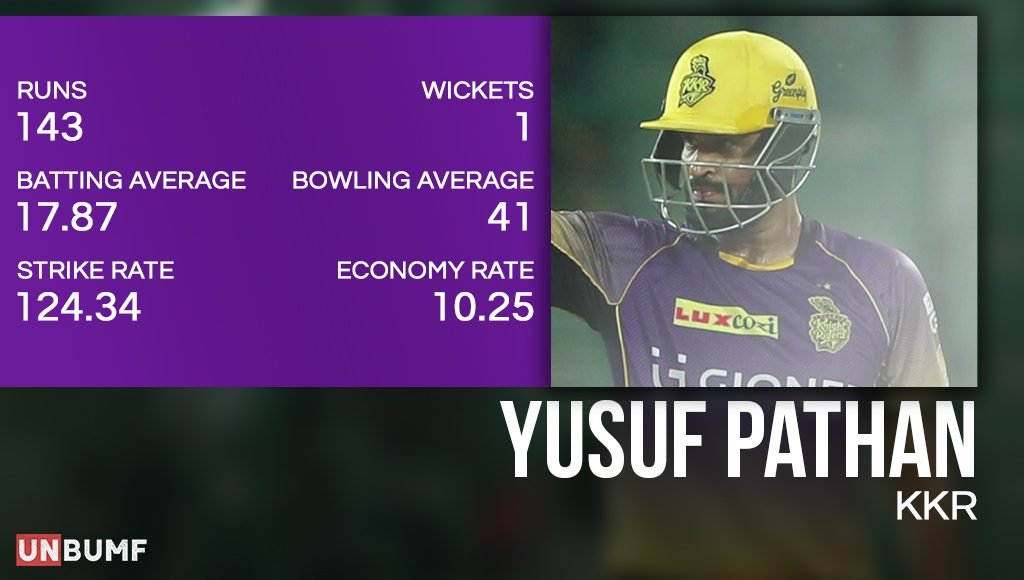 Another all-rounder who failed to deliver handsomely is Yusuf Pathan. With an average of 18 with the bat and 41 with the bowl, he has been unable to replicate the past successes. Seems like, it might be best for KKR to move on and find a better replacement for next season. Age is clearly not on his side, and his legs are giving up on him. Considering the same, perhaps it is time for this one to hang up his boots as his best years are clearly behind him.

With all the players back in the pool, buying smart will be the key in next year’s auction. Age plays a big role in determining your success. This is true especially in the shortest format of the game (unless you are MS Dhoni).

PS: A reason for not including Ishant Sharma in this list is that this entire article is about Ishant Sharmas of the IPL. Having picked up zero wickets at an economy rate of almost 10 runs and over, the Indian spearhead has shattered his own levels of Ishantgiri. He already has an alternate career lined up i.e a Meme.