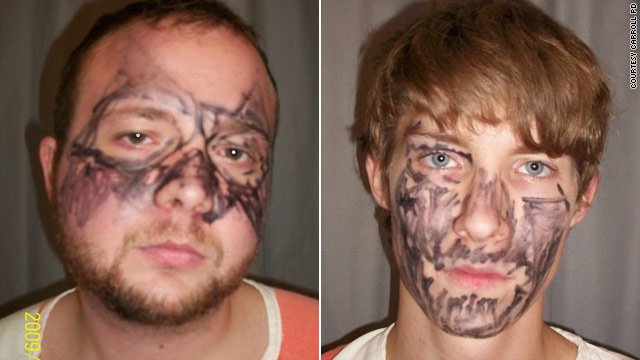 6 Dumbest Criminals Who Got Themselves Arrested

They call robbery and stealing to be fast and easy money. Fast? Yeah!, but Easy? Well that is subjective because what is easy for me may be rocket science to someone else specially if they are so broke, they can’t even pay attention. Now because they are broke and are brainy as a rock, they chose to steal and rob and oh boy! what do I tell about it. Here are few of the dumbest criminals ever. This will leave you in splits.

On March 24, 2008 18-year-old, Ruben Zarate walked into – ‘Velasquez Mufflers For Less’ (that is the shop’s name) wearing a mask, with a revolver in his hand in Chicago, Illinois with intention to rob it. It was 8 am in the morning with not too many people in the store. As usually seen in case of a store robbery, the guy threatened and told the shop employees to open the safe and hand over him the cash. However, the employees told him that it was not possible as they did not know the code to open the safe. Apparently, the only person who knew it was the owner but he again was not going to be at the store any time soon. The employees also told the guy that there was not much in the safe anyway. But he did not give up. Because “never say never”.

Now, some criminals are ruthless. But not this one; this one is very understanding. That is why the robber left his number with the person on the other side of the counter and asked the employees to call him as soon as the owner comes to the shop, precisely so that he could have the cash. The actual words reported were – “You guys better call me because otherwise I am going to come back to shoot you.”

The employees called him at the given number and no, the shop owner was not there yet. There were few cops waiting for him in casual clothes who shot Ruben in his leg, later arrested him.
*Facepalm* Right!? 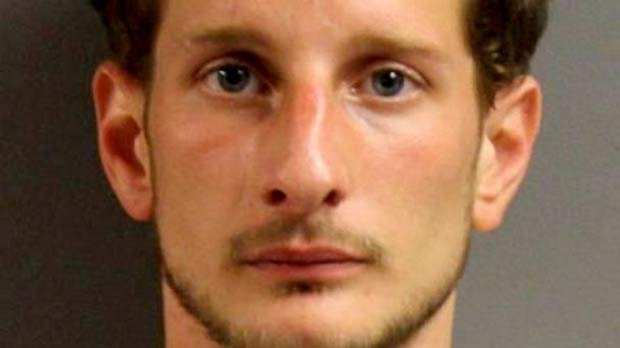 “Well, what if he pulls a gun at you!?” someone asked, “Chill! I got a baseball bat! I got this.” Derrick replied.

22-year-old, Derrick Mosley’s confidence was shooting out of the roof on July 25, 2013 when he walked into a gun shop called ‘Discount Gun Sales’ in Oregon to steal a gun. He smashed the glass at a counter to break it and pick up a gun. So-far-so-goo…oh wait! The owner of the gun shop took out his gun and pointed it at the young not-so-gentleman in the shop. Derrick obviously became a raja beta, dropped the loaded gun he picked and followed all the instructions of the shop owner and by the time the police arrived at the spot he was lying on the floor.

Speaking from the standpoint of other criminals, this one is in the wrong profession.

You know who had tough time in school at the fancy dress competition? These guys!

On 23 October 2009, Matthew McNelly, 23, and Joey Miller, 20 decided to rob a home in Carroll, Iowa. Everything was set except for the masks to cover their faces but they felt that masks were too main stream and had a magical idea of going ahead with the most unconventional disguise ever, that is, to color their faces using a permanent marker.

The police while responding to a call for attempted burglary stopped their car because of its resemblance with the said suspects’ vehicle. The pair was drunk at that moment and what the officers got to see was their first, drunk criminals with permanent marker on their faces. Additionally, McNelly was also charged for drunken driving. Aptly given the name – Dumb and Dumber.

We know some people who are bad at keeping secrets. But those people are not usually criminals. Thus, this guy is really bad at being a criminal.

In the year 2000, Dariusz Janiszewski, a small Polish businessman was found dead with his body found in a lake. The case remained to be unsolved for a long period of three years until 2003 when police came across a novel named Amok in which a character was described to be murdered the same way as in the actual case, with the same information that only the real killer could be aware of. This information was not even shared with the media by the police’s end.

After further investigations the police discovered that striking similarities in the main character of the book and the writer, Bala. The writer was arrested in the year 2007 and sentenced to serve a term for 25 years in prison. On the bright side though his novel’s demand went significantly up. 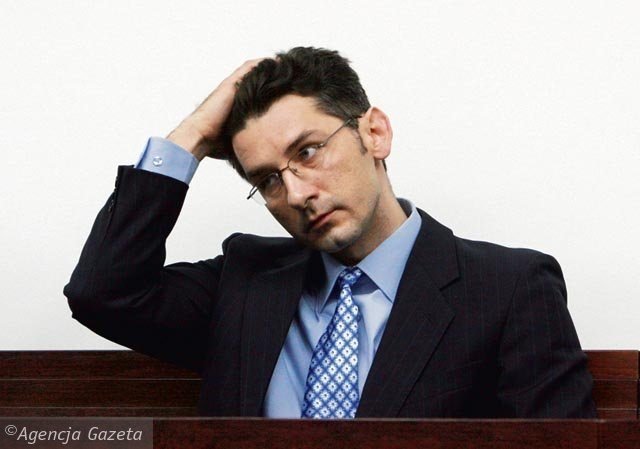 On 27 December 2005, 22-year-old Steven Kelley got killed in an armed robbery by being shot in the back of his head. Prima facie, Quinton looked to be the man responsible for murdering Steven, so much that even Quinton’s lawyer asked him to plead guilty. While he was in custody in Montgomery County jail, and the case was still in court, he discovered that the defence had no substantial elements to prove him guilty like the gun used in the incident, DNA etc. By that time, he also knew that he could be saved from jail time if he somehow stops certain people to testify against him and he would not need to plead guilty for the crime.

He also knew that jail had a process of checking the incoming mails for contraband, but not the out going ones from the inmates. This genius sent a mail to his guy outside the prison carrying all the details that the defence did not have yet. However, he misspelled the address. Now as per the general rule in this case the mail comes back to the sender, viz. the Montgomery County jail. The mail was read by the jail officials and Quinton was pronounced guilty for his crimes and sentenced to life without parole.

This guy, in a way, took a U-turn on his exit from the jail. Now, a lot of criminals seem to be back in jail in 7 days, atleast. But not this one. In March 2008, 21-year-old Frank Singleton was released from Palm Beach County jail. He had just served his sentence for trespassing charge. While on his way home he realized that the distance he had to travel was about 10km. For this he did not have a ride,…yet. Thus, he decided to carjack himself a ride. A 23-year-old lady in the prisoner visitation parking lot became his victim. The said lady even gave him the keys. But the manual transmission of lady’s Nissan was so not his type. He could not drive the car and before he could do something, the cops arrived. His freedom was rather short-lived.