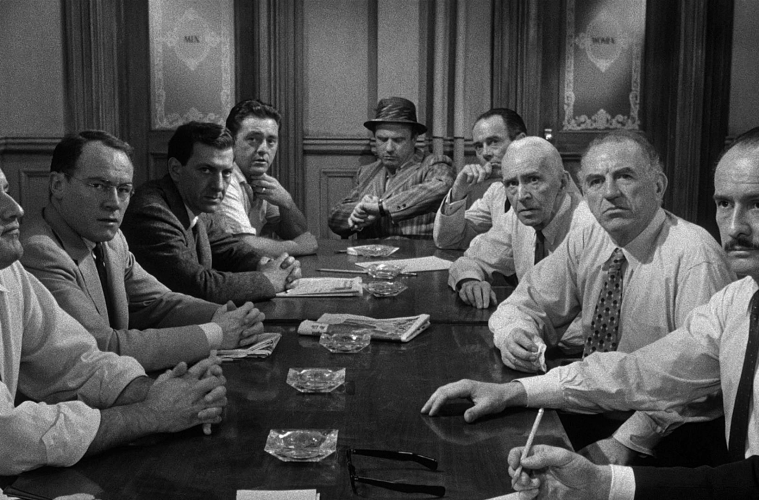 No. This is not one of those ‘Top Ten drama/action/horror/comedy/romantic/some made up genre movies you must watch’. This is not a ‘list of movies’ you must see, if you love some particular genre. I mean, you should watch all the movies discussed below but the agenda behind that should be independent of any such puny reason. These are some movies that are amazing. That’s it.

Enough of ranting though. Let us get down to it. This article consists of all the movies that you must watch in order to truly appreciate the beauty of the medium which is film. More specifically, the movies we are going to talk about are a celebration of the art of screen writing. Think about what is it that you need in order to make a film? I am talking about the bare basics.

You need a shooting script, actors to play out that script and you need equipment which consists of the lights and camera. For example, any of the Transformer movies by Michael Bay that you watch is a cesspool of CGI which relies heavily on the equipment side of the affair and not on the script. At the other end of the spectrum, we have a movie like Split by M. Night Shyamalan which, although being a super villain origin story relies majorly on the script to convey the emotion. Do you catch my drift?

Personally, (this is the only personal thought I am going to throw at you) I believe that true drama lies in dialogue and the script. The better the script, the better the film. The films discussed below are the celebration of the monumental victory of script over anything else as these films are solely driven by the characters, the dialogues and ultimately the script.

If you are someone who watches a lot of films or someone who does not really like films too much, it is imperative for you to watch these films no matter what. To educate yourself with what this medium is capable of. 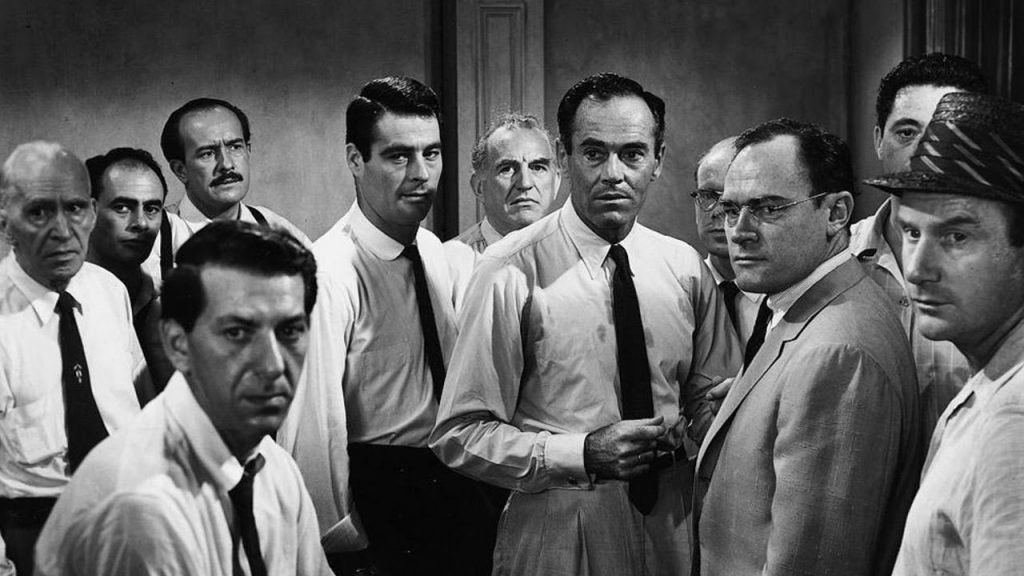 We begin with a classic. Directed by the great Sidney Lumet and starring Henry Fonda as one of the twelve members of a jury, this movie is a testament to the fact that you don’t really anything more than a script to make a classic. Think of a room with twelve men who are debating constantly for 90 minutes and there you have it. The film is not limited to a mere discussion but it tries to showcase the dilemma the jury faces and how difficult it is for people to move past their personal angst against the world in order to save the defendant from their wrath. The wrath of twelve angry men.

2. The Man from Earth 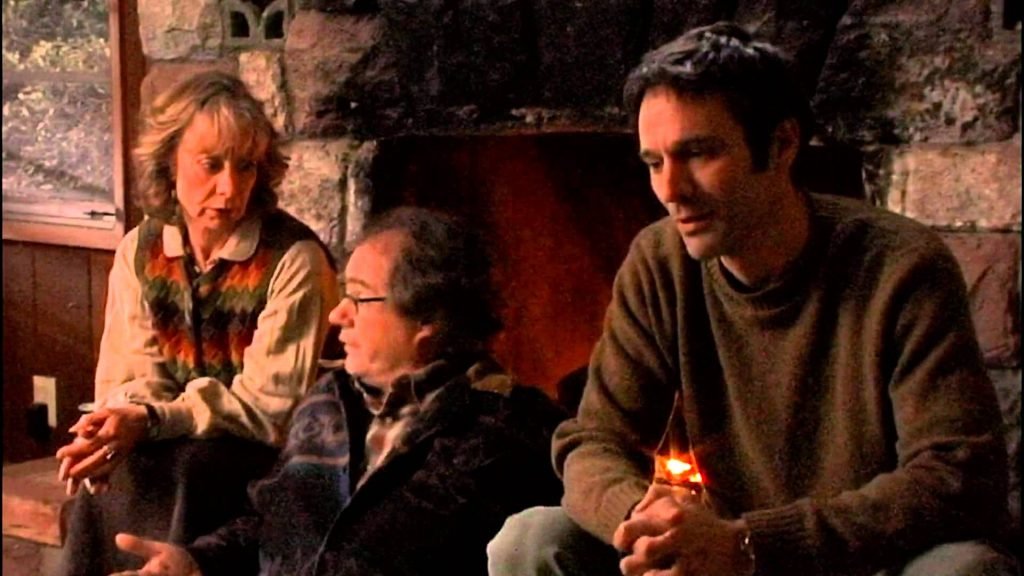 This indie sleeper hit is the product of one man’s ingenuity. Jerome Bixby, the writer who completed this work at his deathbed, narrating the final parts to his son who then penned it. So, Mr. Bixby wrote a play and then later it was made into a screenplay and subsequently into a film by Richard Schenkman. A professor who recently left his job is moving to another city when his friends from work, other professors arrive to give him a farewell party. That’s it. From the point when they open a bottle of Glen, it is the discussion that carries the movie forward.

Seven people in a room, all intellectual and proficient in a subject or two are trying to wrap their heads around the fact that the protagonist, John Oldman is 10,000 years old. No, they weren’t smoking anything. There was nothing in the drink as well, at least not that we know of. But the movie challenges the notion of our limited understanding of the world and how difficult is it for us to accept an ulterior view of the world. With a sequel titled, ‘The Man from Earth – Holocene’ to release soon, The Man from Earth is a must watch for you to challenge your notions of what is possible and how do you react to something which sounds believable but completely absurd. 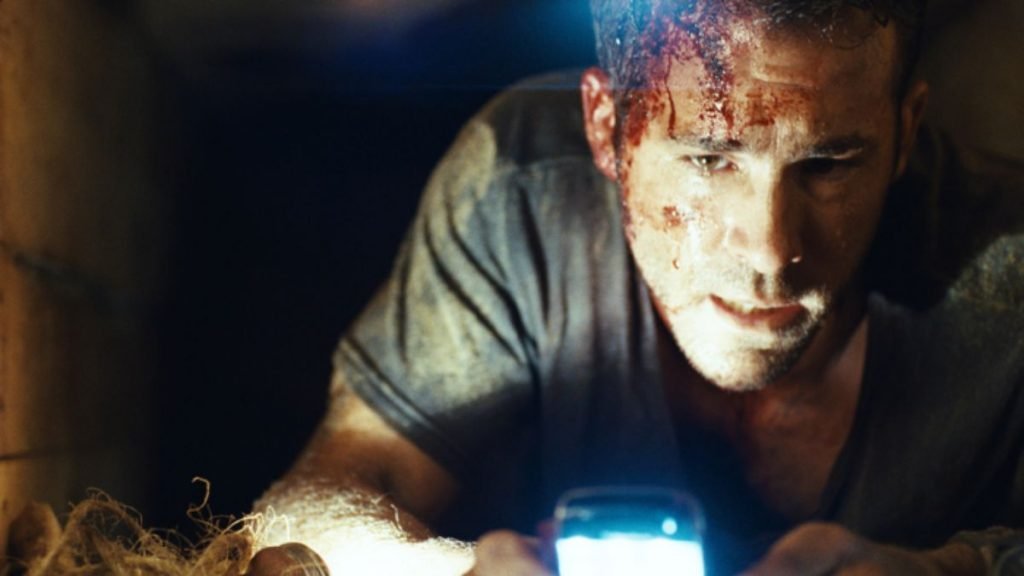 Imagine a movie shot completely inside a coffin. Not a single shot outside. One person buried 4 feet underground in Iraq. As if burying him wasn’t enough, the guy is gagged and bound too. At his disposal is a Blackberry with shit scarce network, a torch and a Zippo. But why? Why do that to a guy? Well, cause the world has gone to shit and also, ransom.

Written and directed by Rodrigo Cortes, this movie features Ryan Reynolds (cause if you’re only going to have one actor, might as well choose an extremely hot one) as a civilian truck driver commissioned in Iraq who gets abducted and must now, at the directions of his abductor, call the American government to pay the ransom in return for his life. The movie makes you question, who are the bad guys? The abductor? The government officials? The insurance agent who calls to tell Ryan that his life insurance won’t be applicable now that he is in a coffin? Yeah, it is that grim and paints a very sad picture of the world which is extremely realistic. 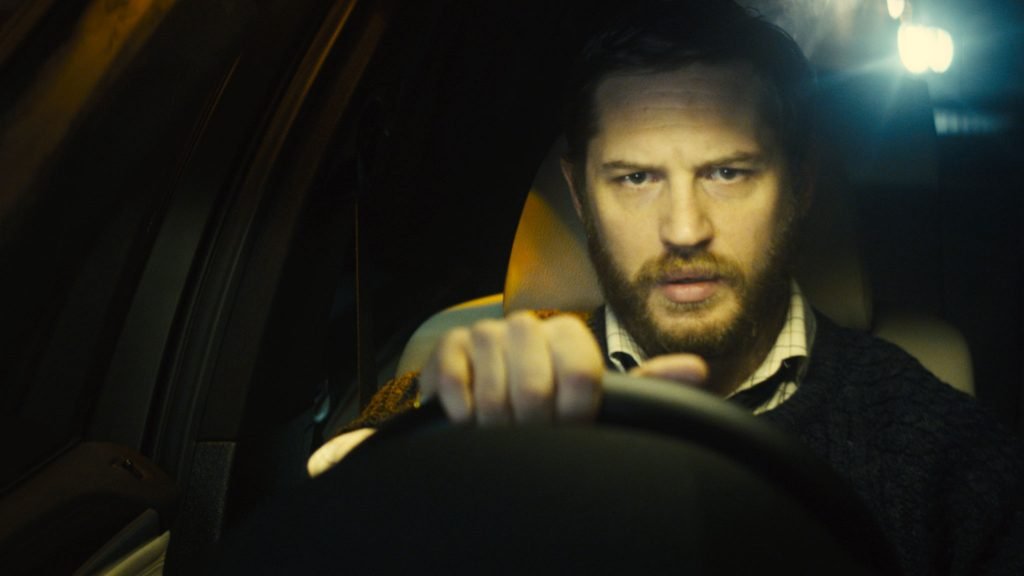 This Tom Hardy movie takes place in a car. Though it does feature some shots outside the car but it majorly relies on phone conversations he has while driving from Birmingham to London. Tom Hardy plays the titular and the only visible character in the film, Ivan Locke, who leaves his job as a foreman overseeing the largest concrete pour in all of England to attend to a colleague whom he had a one-night stand with and is now giving birth to his child.

Abandoned by his father as a child, Locke is driven to not abandon this child no matter what the consequences maybe. The whole journey is a mix bag of phone calls with Locke calling his wife, his son, his assistant on site and the lady in labor. The true hero of this film is Steven Knight. The writer known for his witty dialogues and his impeccable characterization. This movie, though based in a car, is truly a joy ride of emotions! (I know that was lame but the latter is true)

Ask any aspiring film maker (who attends classic films for film school), about story structure and they’ll undoubtedly tell you to watch Chinatown by Roman Polanski. Now, you don’t need to like the guy (given he’s a rapist) but Roman Polanski is a film-making genius. Though he has a lot of films to his credit which would maybe make for another article; there is one which hinges solely on the screen writing. Yeah, you need to give it away to Mr. Polanski for his blocking techniques but the true hero of this under-appreciated movie – ‘Carnage’ is the marriage of its writing and an amazing star cast.

Jodie Foster, Kate Winslet, Christoph Waltz, John C. Reilly. Yeah, those four titans of the world of acting in one film. You know what’s better? The whole movie is based on a petty argument between these two couple which blows out of proportion and takes place for the entire length of the movie. Four great actors, one director who is not a monkey with a camera and knows what he is doing and a brilliantly written script. Film making at its purest! 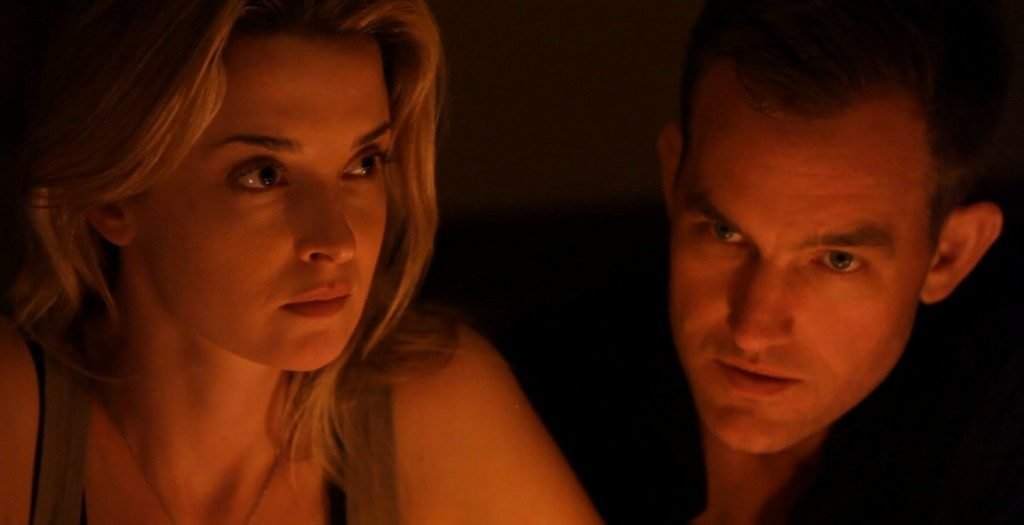 Now here is the thing about sci-fi films – when you involve science with films more often than not you see people going over the technicality & specifics of the science. Wrong. That is very much beside the point. The science is supposed to ignite our curiosity to something which may be… doesn’t really matter how you got to that point in time or the imagined universe as long as it stands by its rules. Confused much? Let me explain – A film like Interstellar which had 9 years in its making and a highly regarded physicist (Kip Thorne) at its backbone still took flak from the scientific community and even general masses who might know jack shit about space and time.

It is a sci-fi film. But it wasn’t about space-time. It was the story of a father and his daughter. Simple as that. Take the movie Predestination by the Spierig Brothers. It takes no efforts to educate you about how the time machine was invented or how it exists. Because what really matters is the implication of such a machine existing in our universe. Hell, they didn’t explain the bootstrap paradox. That is what a good sci-fi movie is all about. Not the cool flashy tech, not the androids but the implication of it all in our lives.

Now that I have that out of my system, let me tell you something about that heading you read. The testament to my argument about sci-fi films. The debut movie of the director James Ward Brykit, Coherence is a sci-fi film like no other. It never relies on cheap effects or any CGI for that matter. Instead, (by this time I am pretty sure you know what I am going to say) this movie relies on commendable writing work and great direction which involved clueless actors and improvisations. Much like the other films discussed here, this one involves eight people at a dinner party. Everything is okay until a comet passes over them and causes multiple realities to be accessible to each other via a dark zone created thanks to the comet. Yeah, read the last statement slowly.

But don’t take my word for it. Go watch them all.