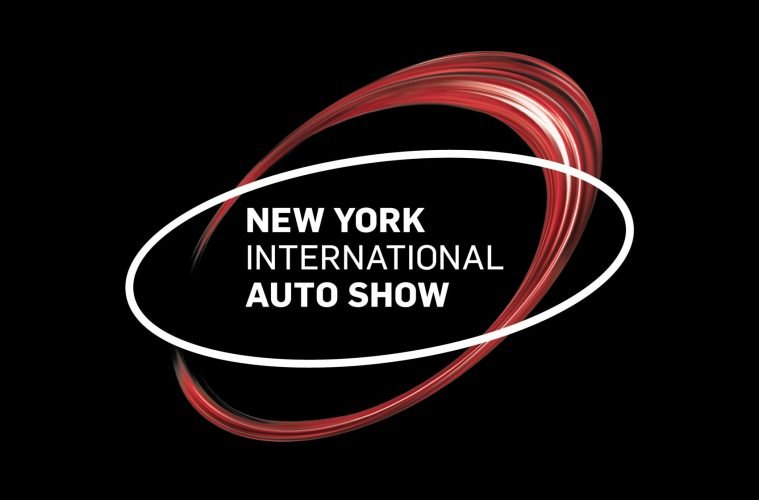 6 Reasons Why The New York International Auto Show 2018 Was Phenomenal!

New York International Auto Show is an annual automobile convention which showcases cars and trucks. The main focus is usually on shiny new SUV models and driving simulators. This year’s auto show wasn’t short of brilliance and techno-savvy stuff, tilting towards the the EVs or the Electric Vehicles as we all know that soon the fossil fuels will be a thing of the past.

The event saw some freaky stuff. For instance, a car could detect signs of fatigue in drivers, or could be unlocked from a virtual key on a driver’s smartphone! However, not sure how if a car with a transparent hood is useful enough. I mean sure the engine is a beauty when it comes to the power it can provide but to be able to see the metal beast? Um, not so sure about it.

So, let us dive into the compiled list of what was on display this month in New York. 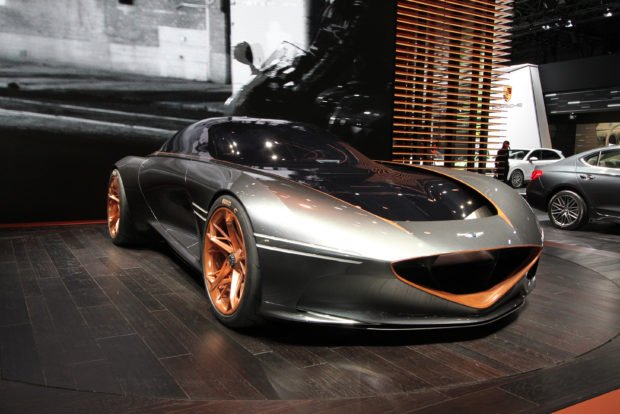 To start with one of my favourites, the car with the transparent hood. Some genius I tell you. Manufactured and conceptualised by Hyundai’s luxury automotive arm, Genesis. The electric car concept, Essentia comes with a long transparent hood (no you cannot see the engine though but its carbon fiber chassis can be seen), and a low swoopy roofline, creating a line of transparent glass line over the car, from the grille into the windscreen, over the roof, then down over the rear window. So when the door of the car is opened, the roof also splits into two.

This has been planned for people who are really, really tall. (giant-like I am guessing?) But maybe it looks pretty. Who knows? They are the experts. Coming to its specifications, its butterfly doors can be opened using a fingerprint sensor or biometric facial recognition. The company estimates that the Essentia can go from 0-100 kmph in 3 seconds. Now that is some need for speed while the booty is on display! 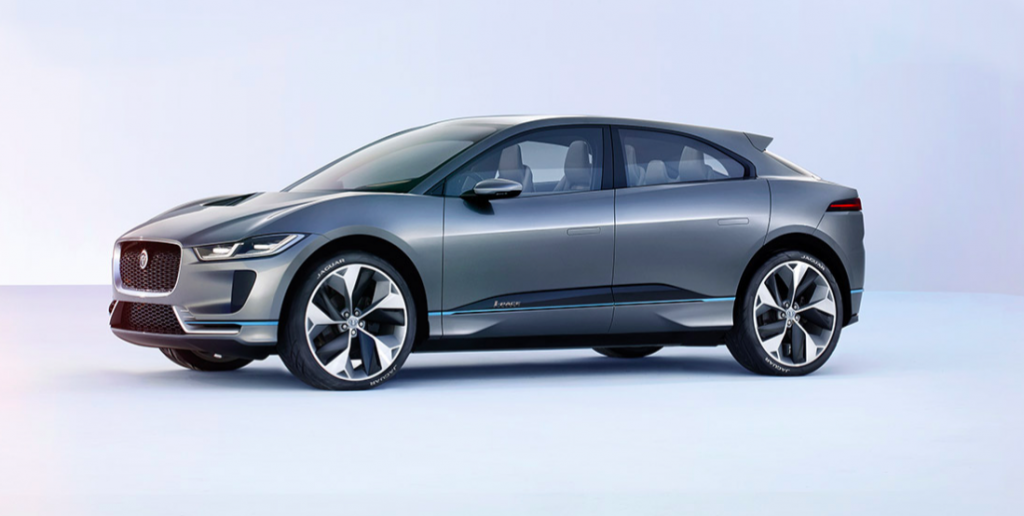 Next on display was Google’s spinoff, Waymo. Earlier, it was reported that Way had partnered with UK-based luxury automaker, Jaguar Land Rover to add up to 20,000 electric Jaguar I-Pace SUVs to its self-driving fleet. The first prototype I-Pace with Waymo’s self-driving technology will be available for public testing by the end of this year. It officially become part of Waymo’s commercial ride-hailing service starting in 2020. Something to look forward to.

The car has a range of 480 kmph and a maximum power of 294 kW. I-Pace can replenish 80% of its 90 kWh battery in just 40 minutes via DC fast charging. Now the catch for the day was that I-Pace has been priced at $69,500 which is $10,000 less than the Tesla Model X 75D, which makes it even more appealing. That is a one cheeky trick against the competitor. So long, Elon Musk! 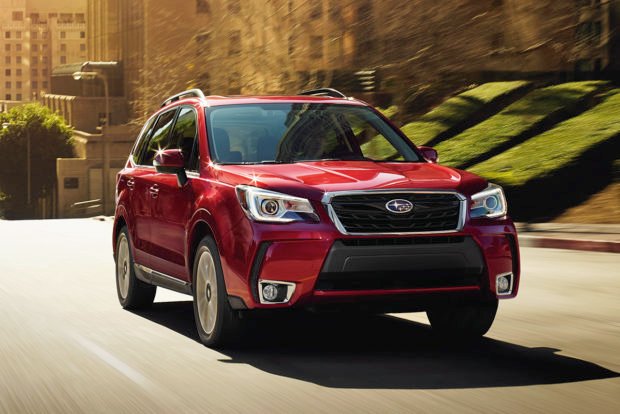 The next car is quite impressive. Claiming to have the facial recognition technology which can detect signs of fatigue in the driver, the Japanese automaker Subaru has unveiled its Forester SUV with ‘DriverFocus’ feature. Now, this feature is quite handy and recognises up to five drivers and can remember preferences for seat position or infotainment. It also includes a driver assist system called ‘EyeSight’ which offers automatic pre-collision braking, lane-departure, and sway warning. Fancy huh?

As to the car’s specifications, Foresters come with one of two Boxer 4-cylinder motors. It has a 2.5L normally aspirated engine which offers 170 horsepower at 5,800 RPM and 174 pound-feet of torque at 4,100 RPM. There has been no announcement as to when it will be commercially available but a a top-trim model will be priced on the high end of the class at $34,295. 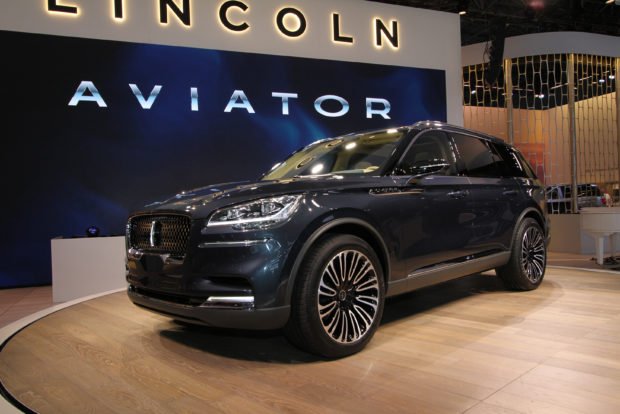 Another car concept which debuted in New York was by American multinational automaker Ford’s second generation, Lincoln Aviator SUV. Earlier the model was sold by the Lincoln division of the company from 2002 to 2005. Following lower than expected sales, the Lincoln Aviator discontinued after the 2005 model year. But the car is back with quite impressive features.

Now the best feature of the car is that it has a virtual key. Basically, the key is your smartphone. The car can be turned on and driven using a driver’s smartphone. With its mobile app, the car doors can be locked and unlocked. Nice! No more worrying about your car keys. We are all addicted to our phones anyway. Another app for another day. It is pretty convenient for us millennials.

Lincoln Aviator will be equipped with Lincoln Co-Pilot360, an advanced suite of standard driver-assist technology, cross-traffic alert system, and automatic emergency braking with pedestrian detection. The car is Lincoln’s first plug-in hybrid car and is a part of Ford’s $11 billion investment in zero-emission vehicles. Good one Ford! 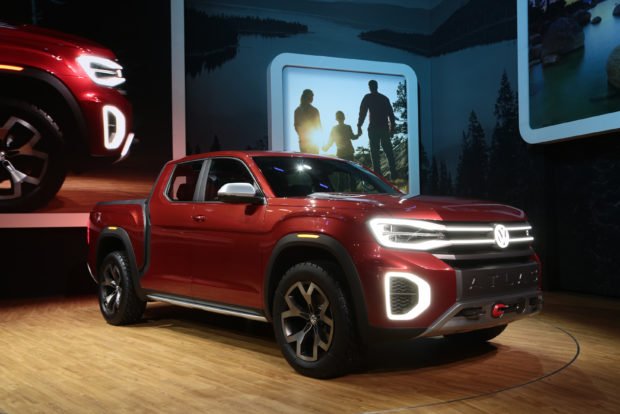 Among all the SUVs and electric cars, Volkswagen unveils the Atlas Tanoak pickup truck concept. I am guessing the concept has been made with a specific market in mind. The truck called the Atlas Tanoak, was unveiled at the New York International Auto Show with a suspicious tilt towards making the brand more appealing to US citizens, according to reports. But who knows? What gave it away was when the brand’s chief designer Klaus Bischoff said, “It’s the “most American Volkswagen ever”. Oops! Somebody dropped the ball there.

The Tanoak, which has been named after a particularly large tree native to the US West Coast, is just a concept for now. The company is not sure whether they will mass produce it or not. For what its worth, the mid-size pickup features seating for five, all-wheel drive and an eight-speed transmission with a 276-horsepower, 3.6-litre V-6 engine. 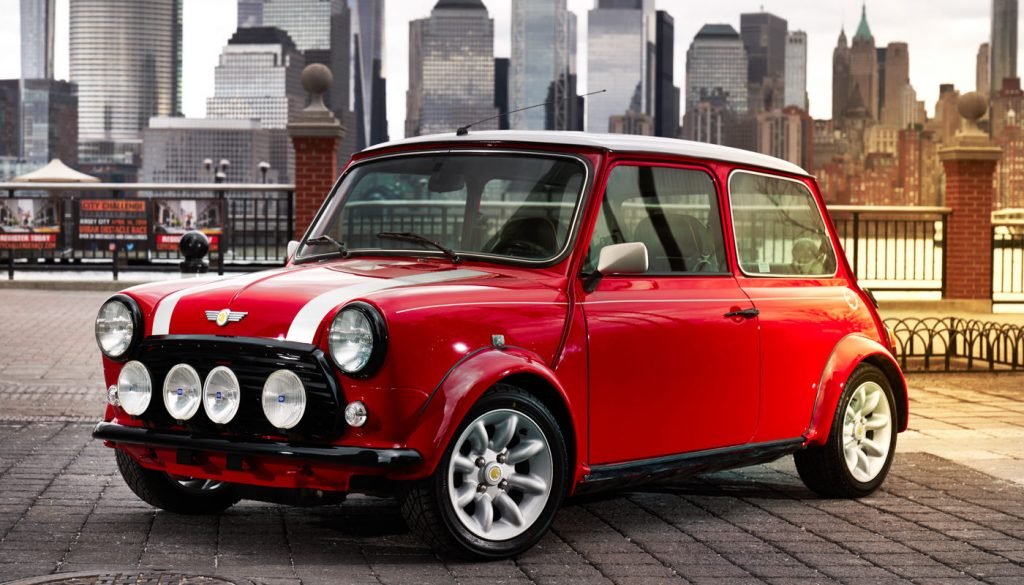 Now, last but not the least, German automobile company BMW unveiled its electrified version of the first MINI. Now, the car is the cutest as well as the most harmless thing ever. Playing on the audience’s nostalgia, this car will definitely bring back some good old classic memories.

However, the iconic Mini badge on the front of the vehicle has been replaced with the electric logo that’s found on the company’s electric concept vehicle. The automaker has swapped the original four-cylinder petrol engine for an electric motor and battery pack. But except from that little is known about this tiny wonder.

Apart from the spectacular and mouth watering automobiles, the event also saw a debut from Hyundai with its Kona Electric which offers an estimated 250-mile range. Also, Maserati Levante Trofeo SUV was unveiled with twin-turbo V8 engine from Ferrari. The car goes from 0-100 kmph in 3.7 seconds and hits a top speed of 300 kmph. General Motors-owned Cadillac luxury automobile company debuted its Cadillac CT6 V-Sport which features 4.2-liter V8 engine offering 550 horsepower and 627 pound-feet of torque.

So, all in all, pretty amalgamation of technology and luxury.

The top-notch dreamy models are definitely worth ogling, or buying if you can afford it when and if they come to the market.