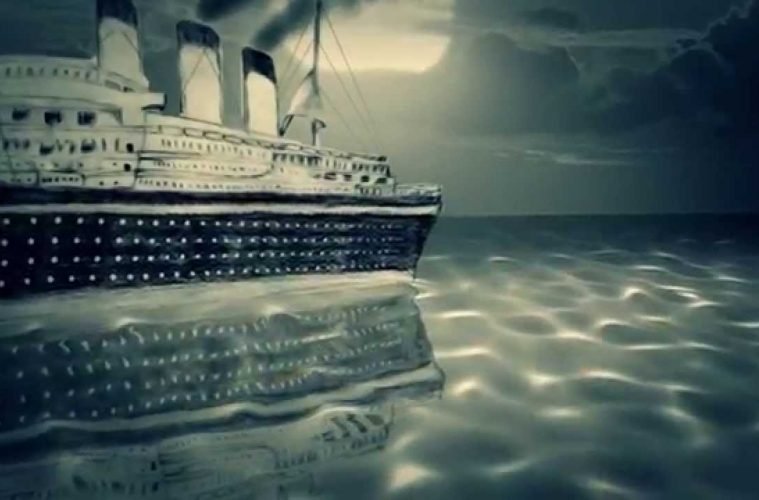 Many people believe that most things happening in our lives have a reason behind them or some logic that can explain those things. However, there are a few exceptions though, when two unrelated things happen at the same time or the same way or they form a pattern in themselves. We call these exceptions – ‘co-incidence’. Possibly the word – ‘coincidence’ will have a whole new scale for you by end of this Grab a chair for yourself; this is going to be mind-boggling!

Here are some of the most ridiculously unthinkable co-incidences of all times:

1. The Wreck of the Titan by Morgan Robertson

We are aware of things like astrology, tarot, palmistry etc., the ways which some say future can be predicted to some degree. However, novel is not something that shows up on that list, but not anymore.

Morgan Robertson wrote a novel called, ‘The wreck of Titan’ or ‘Futility’ about an unsinkable ship, Titan. The ship was a British owned vessel and so was this other ship called…any guesses?…Titanic! Yes.

Also, both the ships did not have enough life jackets for the number of people on board. All these similarities and the book was published in 1898, 14 years before the year Titanic sank!

In 1900, an Italian king, King Umberto-I visited a small restaurant in Monza, Italy for dinner. While the restaurant owner was taking his order he noticed some unusual resemblance in their looks and body. However, this almost identical aspect of both of them was just the beginning. As they sat to discuss more about themselves together, a few more similarities followed. They both were born on same day, viz. March 14th, 1844, in the same town Turin, Italy. They both married a woman with the same name, Margherita.

The king came to power and became king of Italy on the exact date when the restaurant owner opened his restaurant. As eerie as it can get, on 29th July 1900, the restaurant owner died in a shooting incidence and the king was informed about the same. The king expressed his regret over the sad incident but little did anyone know it was the last day for the king as well. The king also got assassinated on the same day in a crowd.

3. The Narrative of Arthur Gordon Pym of Nantucket

The big heading that you just skipped reading is name of the only complete novel written by Edgar Allan Poe. The book was released in 1838. It is a story about a shipwreck with four men on the board who survived the shipwreck in a rather unusual way. The men were forced to kill and eat a boy (named Richard Parker) among themselves to survive by eating him.

Forty six years later, in 1884, a ship named Mignonette sank at Nantucket, with only four survivors who managed to get into a life boat. Nineteen days past the shipwreck when it got difficult to survive for the group, the captain narrowed down his options to survive and decided to kill one of the members and eat him to survive and drink his blood. Here again, the name of the unlucky chap with no family was Richard Parker. 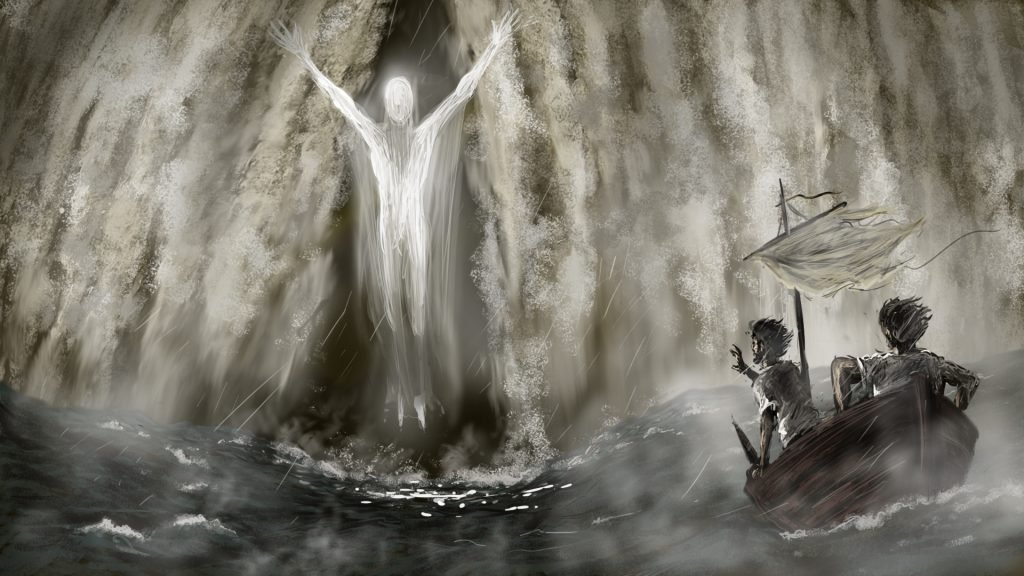 In 1940 two identical twin boys were separated three weeks after their birth when they were adopted by two different families. Unknown to each other, both families named each boy James (James Lewis and James Springer). Both families had a pet dog named Toy. Both the boys liked maths but hated spellings and had skills in carpentry.

Without knowing each other both the boys grew pursuing a career in law enforcement. They both married two different women both named Linda. Both of the twins named their sons James Alan Lewis and James Allan Springer. Both James divorced both Linda’s’ and married two women named Betty this time.

It’s not over yet. Even their children kept this running. Both the sons drove Chevrolet and were avid chain smokers.

5. The Brothers and The Cab Tragedy

In the year 1975, Erskine Lawrence Ebbin died at the age of 17 in an accident by a taxi while he was riding his moped. The tragedy took place at a certain intersection in Hamilton, Bermuda. The incident happened in the weirdest ways possible.

About a year before this incident, in 1974, his elder brother Neville also died at the age of 17. Neville was also riding the same moped; he was also killed by the same cab driven by the same driver, at the same intersection. Not only the driver, but the passenger sitting in the cab was also the same in both the incidents.

It is difficult to decide what the unlucky charm here was; the moped, the cab, the driver, the passenger or the location.

In 1999 a truck trailer driver, Bill Morgan from Australia suffered badly in an accident. Although he was able to survive the disaster, the medication given to him during the recovery period did a number on him. The medication caused an extremely allergic reaction that caused his heart to stop. Bill was clinically dead for fourteen minutes. Normally this duration would cause brain damage but Bill was anything but normal. He went into coma for 12 days and miraculously survived everything with no brain damage or long term problems.

The whole episode had taken a toll on him causing him to reevaluate the life he was living. He then gave up his trucking job and got a new one. After a year he proposed his long-time girlfriend, Lisa Wells to which she said yes!

Feeling lucky to be back to life from dead and also having made it to a good love life, he bought a scratch-off lottery ticket and won a car worth $27,000. Now this may have otherwise been still a usual story but defying death and winning lottery after that was some thing. A local news channel heard about it and asked if they could show this story live on TV. As a re-enactment of the scene Bill scratched a card live on camera and… surprise-surprise! He smashed it again! Only this time for a whole lot more, exactly ten times more, $250,000.

…and I get front desk to write every exam. Luck…*sigh* 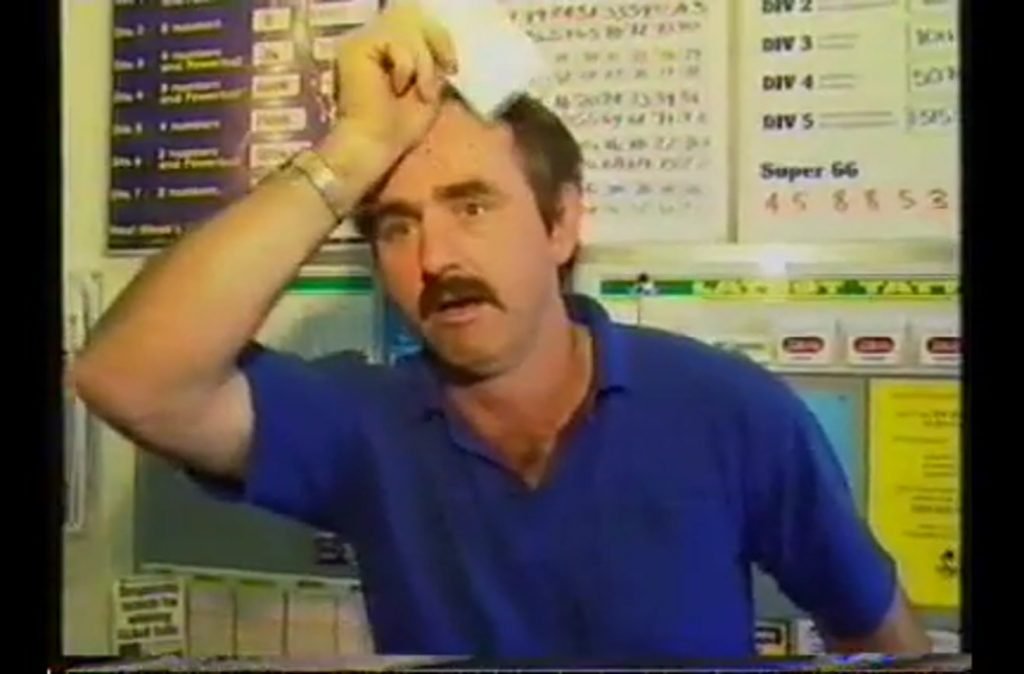 So there you have it guys. The world is weird and the things that happen to people are weirder. Tell us about any weird co-incidences you know of, in the comments.