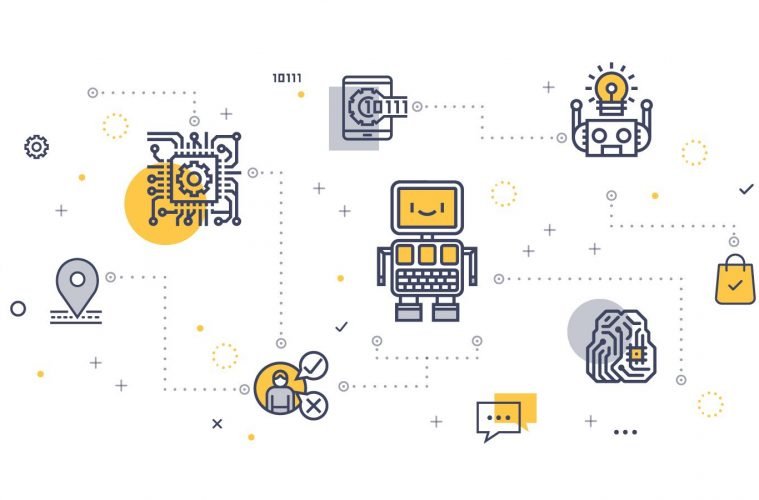 I think a lot of us can agree that the 2010s was one of the most exponentially transformative decade in terms of human interaction with technology. It has been a remarkable decade in every respect. The technology landscape has evolved dramatically and much of it is owing to the invasion of digital channels in our everyday lives. The use of social media platforms, mobile internet services, devices and endless customisation has influenced how we look at technology.

If you asked someone in the preceding decade what technology meant to them, you would hear echoes of home appliances. But if you ask the same question at the cusp of the 2020s, you would hear familiar lists of smartphones, smartwatches, fitness trackers, among other ‘smart’ devices.

While it is true that we had been hoping for flying cars by now and are feeling largely underwhelmed that it is not the case, it is also true that the tech industry has been on its toes the entire time, solving novel and niche challenges and simultaneously creating new ones. Artificial Intelligence cuts across all the niches and opens up hitherto unknown avenues.

Technology has been on the best of the breaking waves, it has slid through reams of capillary waves and has found itself in troubled waters in this decade. Here’s a round-up on the intersections of the digital world, technology, media and humanity that defined much of the last decade, and what these intersections could potentially mean:

Given the current scenario of Indian politics and life, it barely comes as a surprise that the digital world intersected with the physical world and creativity soared. Was the result a collision or collusion? Turns out, it was neither.

Let us examine this phenomenon closely. Indian elections in 2019 were the first elections held in an India where a majority population is a digital consumer. For the political campaigners, the digital domain was no longer an externality. It was an intrinsic part of how the campaigns were carried out. The infamous BJP IT cell was a critical player in what journalist Saba Naqvi calls India’s first “post-Jio-election”.

The patterns are clear – the digital penetration came first: the number of social network users in India from 2015 has been tracked as below, with the number expected to reach 400 million by next year. 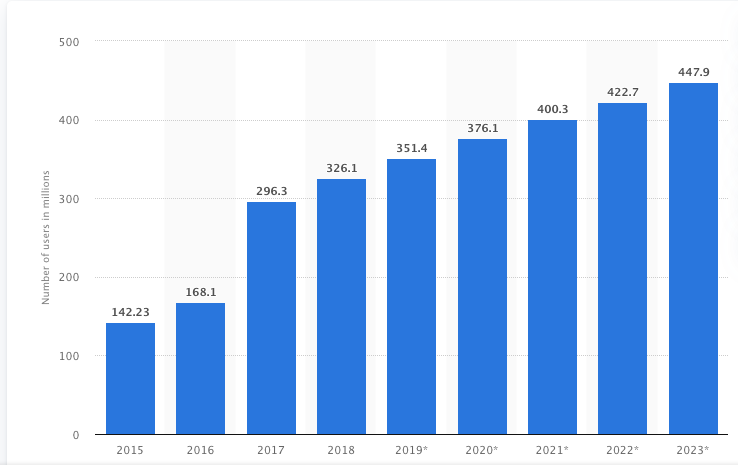 The implication of this deep dive is that technology has had to sit back and take notice of how it was creating an algorithmic dictatorship. Facebook has often been accused of creating echo chambers.

Here is what it means in layman terms: by allowing you to share your opinions with your friends, the algorithms manipulate the posts you see to be the ones that align with your viewpoint. So if you show support for a particular political entity, your newsfeed will end up showing more and more evidence that reinforces your opinions. It will allow friends to interact with your posts – but the algorithm will again manipulate the instances at which this interaction is allowed. This means you will effectively be looking at and interacting with posts that pass the litmus test for your bias.

In another incarnation, social media became a tool for activism. Feminist niches developed on social media, twitter threads by mental health activists simplify clinical jargons, academic activists have online support groups. In light of the recent developments, memes have also expanded their reach to protest sloganeering and posters. Social media has been the breeding ground for other movements. The #MeToo movement may have been kickstarted with the reportage of a few daring journalists, but it gained noticeable proportions through social media. The #MeToo was used roughly 19 million times on Twitter in the past year.

If you need a testament to the fact that technology is gaining more and more importantly, remember that every time there have been protests, governments the world over have retaliated with an internet shutdown. As if they are afraid of the people’s voices being heard, or something like that.

The jury is still out on whether social media as a tool of resistance is a good thing. Why? They say you should check yourself before you wreck yourself. Technology needs to apply this dogma to itself. Or else the heads of all technology tools will be seated in the US Congress, like Mark Zuckerberg was, answering the allegations with a painfully deferential expression and a vocabulary limited to ‘Yes/No, Senator.’ Twitter has been accused of not filtering hate speech (rightly so) and Instagram has received flak for what it does to mental health. To counter the bias of the existing platforms, Mastodon has crept in as the open-source self-hosted social networking service that does not carry the said issues.

Many are not convinced that social media activism changes much – theirs is the argument of the ineffectiveness of armchair activism – but social media can be a great platform for dissemination of information.

Smartphones have significantly changed the way India is communicating, dealing, transacting, producing and selling. Mobile connectivity has been a game-changer. 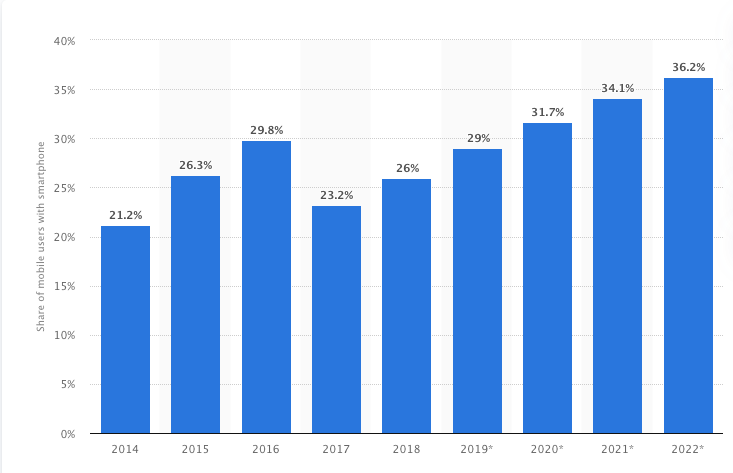 Taking note of this pace, the tech industry around mobile phones has now come up with a range of mobile sets. This explains why we have the same functions in varying specs in most phones, whether it is a generic handset or a high-end OnePlus. It is now a common sight – people ardently consuming motion content on their small screens in public transport. A sub-culture worth mentioning is the selfie (accompanied by the groupfie). First came the front-facing camera, then came the pop-up camera phones. The entire decade has been a rollercoaster. We have gone from capturing grainy photographs to carrying an HD camera in our pockets all the time.

3. Smart Assistance: data privacy and surveillance have brought the conversation of how tech is not to be alienated from humans

It started with Siri. We thought we finally had the digital assistant we all needed. Then came Google Assistant. Amazon brought Alexa. They are smart, fast, personable. Enough jokes have been made about the conversations we are having with entities built on AI.

But this also brings to the fore a lot of our anxieties connected to the digital dystopian environment we are creating. It is widely known that Amazon Echo and the Alexa voice assistant carry major privacy concerns. But it is not limited to questions about whether they collect user data or whether they have teams of contractors whos entire job is to listen to recordings from the device. This decade also marks the post-Snowden era. We fear the leaking of sensitive personal information, yes, but these smart assistants have their noses too far into our businesses and our lives. This cannot be good for the public interest.

Time and again, debates have also arisen around how technology will replicate the flaws of the human world, so we might end up with a sexist, racist, classist smart assistant. In the digital world, we are creating just another version of the same nightmare.

Talking about smart devices collecting data, we have the smart devices that are completely involved in this business. We are talking about your Fitbits and other fitness trackers, smartwatches and bands that are giving your otherwise sedentary lifestyles some hope. Fitbits and other trackers are just the latest iterations of the fitness industry’s relationship with technology. These gadgets are, however, just a tiny part of the otherwise burgeoning digital health ecosystem. This includes the use of digital technologies for the dissemination of accurate medical data and information, improving access to medical facilities through mobile technologies, among other things. 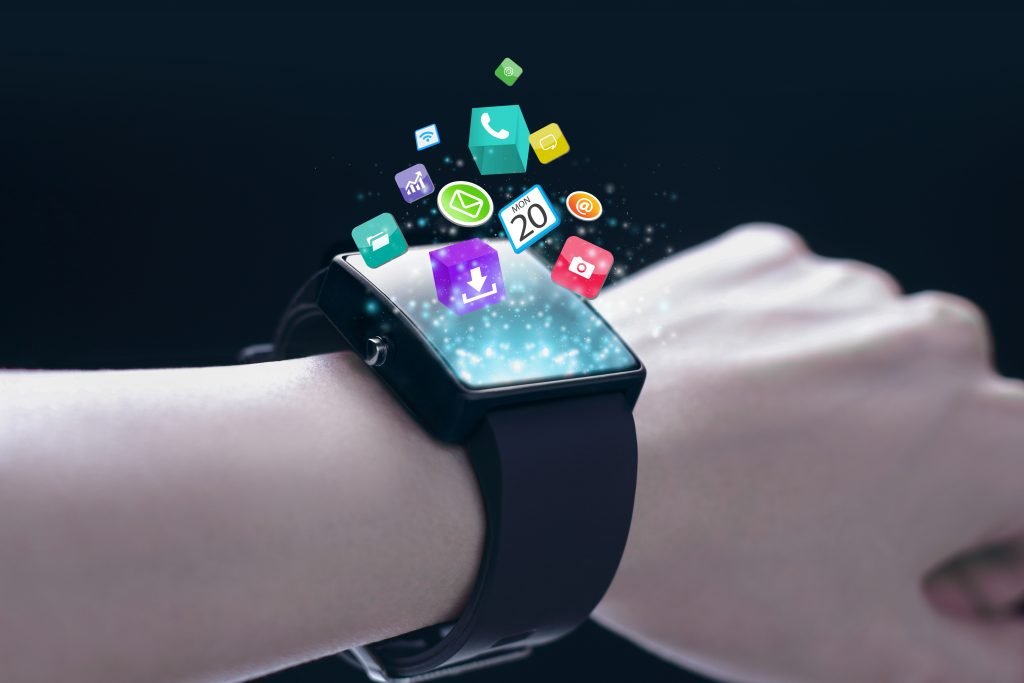 5. Gig economy, remote work, digital access and the rise of the productivity apps

A few employment trends are worth noting. One, the gig economy is slowly becoming a legit choice of work. Two, an increasing number of organisations are now switching to a remote way of working. In fact, research shows that employees have a positive outlook on remote working. With digitisation, even office communications happen through apps and tools like Slack, Trello, Google Drive, Dropbox, Todoist, Zoom etc. So it makes a lot of sense that organisations are working entirely on a remote basis, with teams spread out throughout the world!

But this has only been made possible due to the digital tools and products that facilitate communication, coordination, collaborative workspace. 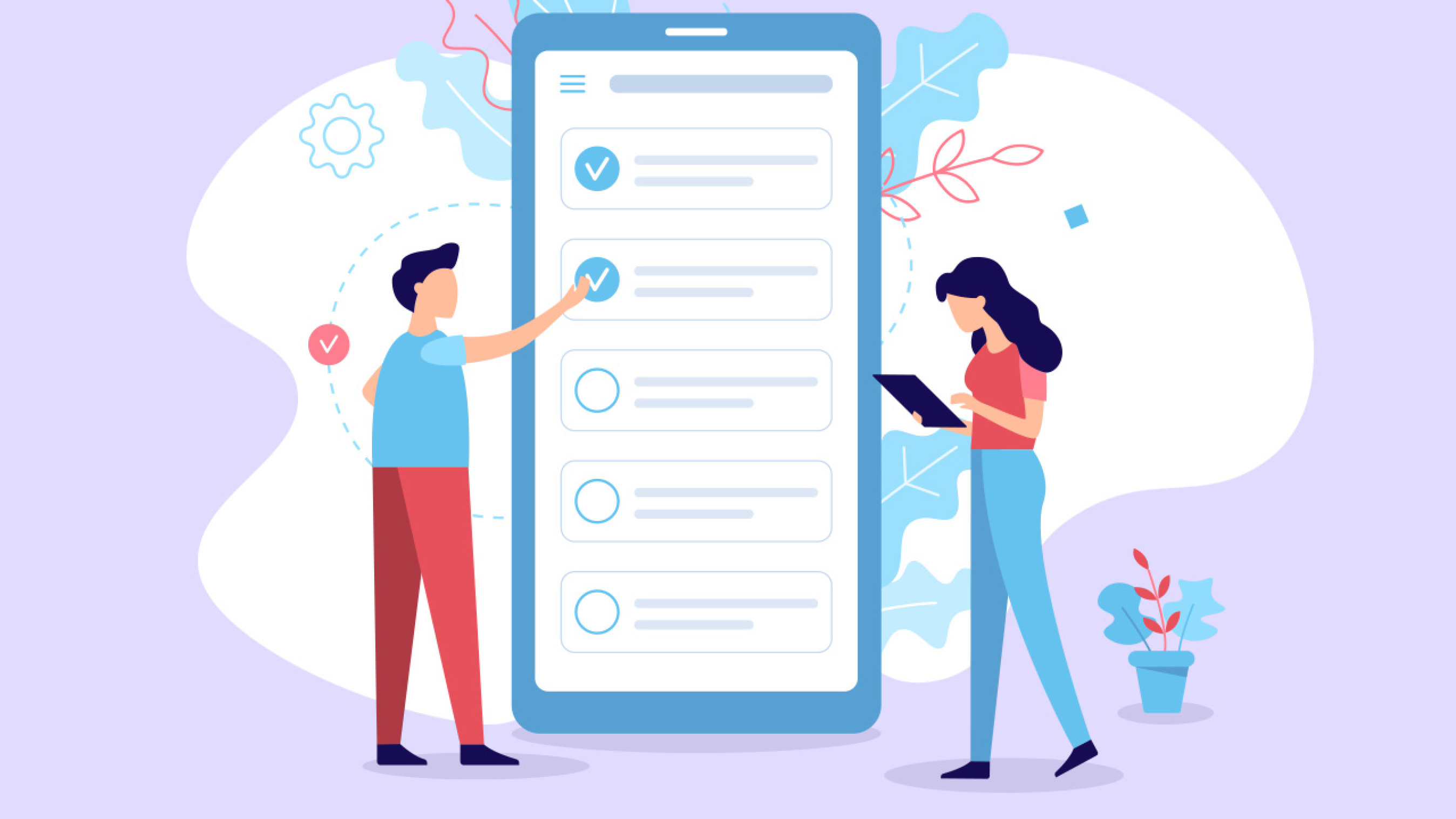 6. The changing face of ride-hailing and micro-mobility

The same digital technologies have enabled the use of micro-mobility apps like Uber, OlaCabs etc. Ride-hailing apps were unheard of when the decade began; after all Uber and Ola were only setting up then. They have gone through their fair share of controversies, but the technology has improved constantly to provide us a better commute experience. 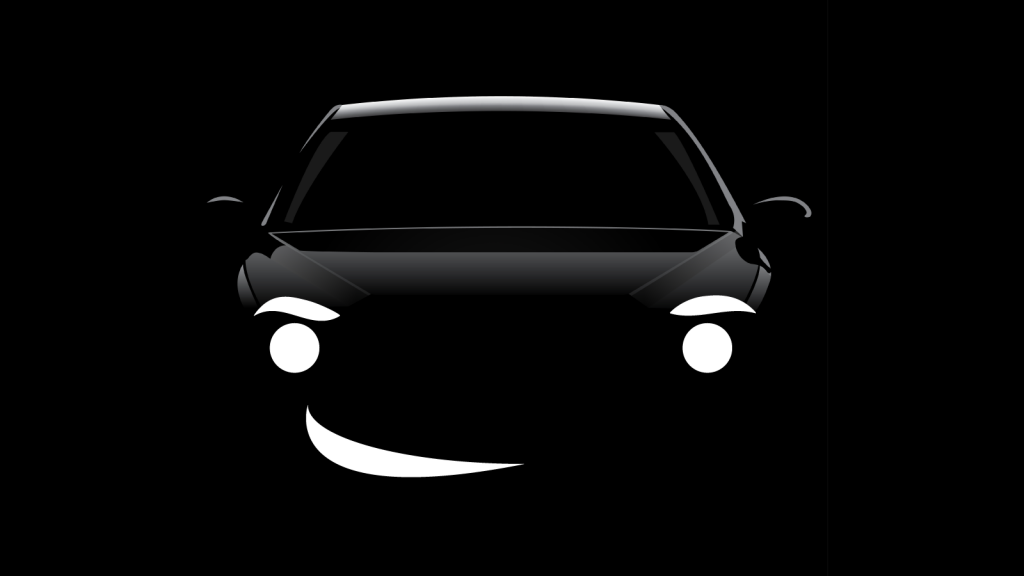 Whatsapp has fundamentally changed how we communicate. Family groups have been the butt of jokes and the breeding grounds for fake news. Yet, the disruption it has made to the messaging industry is undeniable. 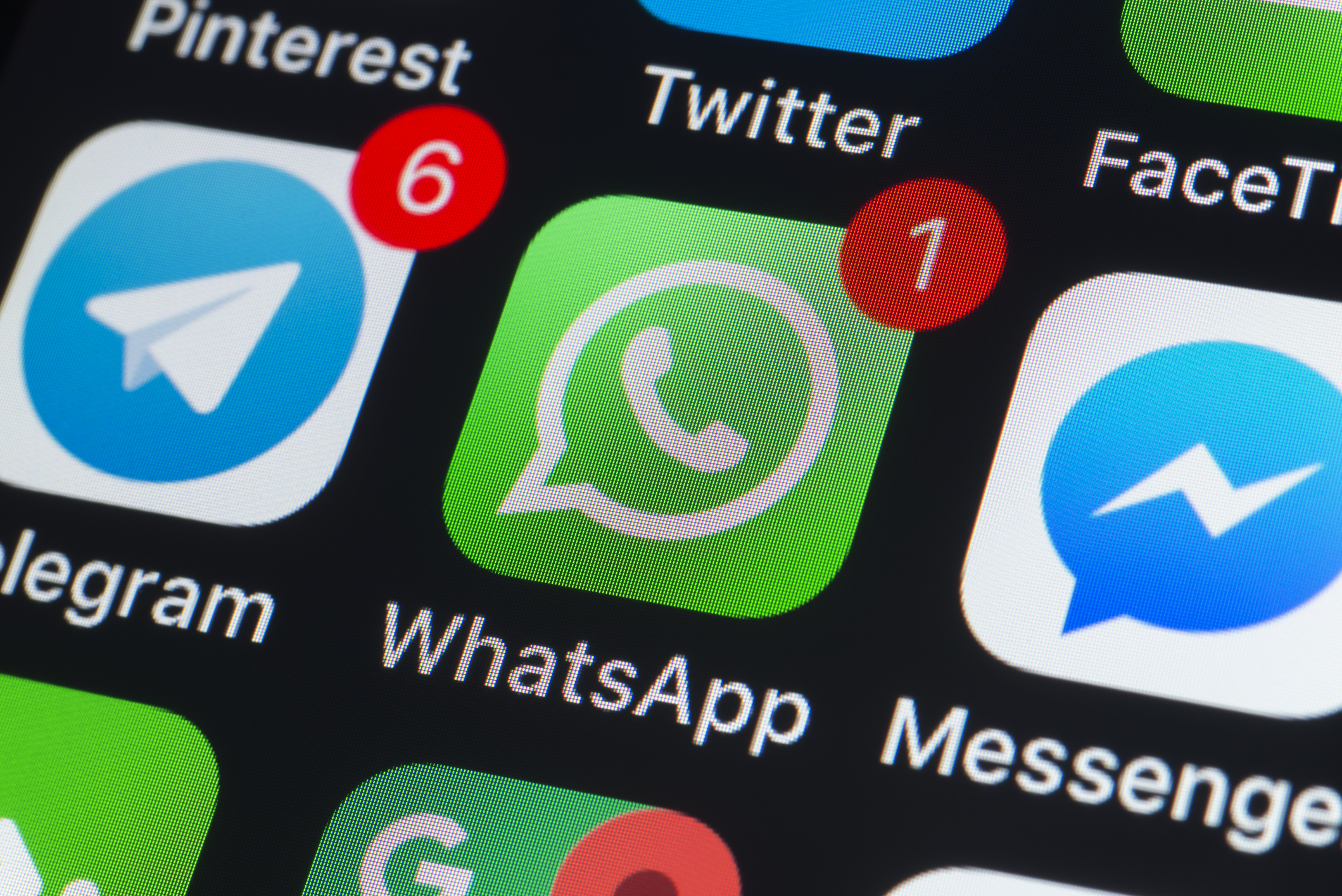 Here is hoping that the new decade heralds the era of drones!

Find our other articles in technology, here.