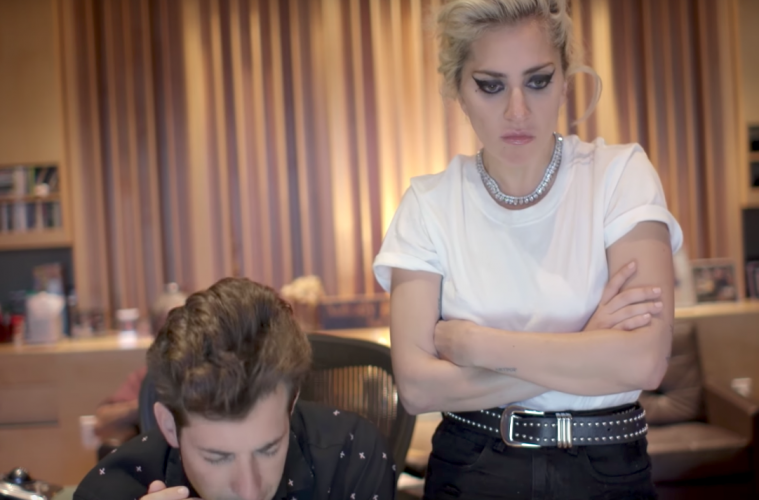 7 Documentaries That You Just Can Not Miss

Cinema is usually story telling with a fixed audience in mind. It can and cant be relied on true facts to make a movie. Sometimes, topics and matters are too controversial to navigate and project via mainstream cinema. Probably because no one would risk making investments in a movie that may or may not see the light of day.

Thats when someone with a camera and a sheer will to get the truth out, comes in. The concept of documentaries is catching on and even mainstream celebrities are not shying away from staring in them. Take “The Inside Job” for example, it was a documentary that showed the systematic architecture of the 2008 financial crisis. Matt Damon lent voice to this documentary that later went on to win an academy award. With the rise and rise of Netflix and other media platforms, documentaries are becoming a major source of information and knowledge for millennials and netizens alike.

Here is a list of some documentaries that are worth watching:

Youth today is mostly obsessed by how magnificent life is on social media. Posting vacation pictures and tagging others in #goals is the latest trend. The fyre festival was supposed to be the most happening music festival on the planet. Imagine arriving on an island on a private jet, living in a beach side villa and enjoying your favorite music artists perform live. What more could you want? The lavish promises, insane promotions and the premise to have the holiday of a lifetime allowed the organisers of the event to make much money even before the festival began. How it all went south and turned into a nightmare is a story you would want to watch. It properly showcases the misuse of social media and the horror that can embark when things dont go as planned. 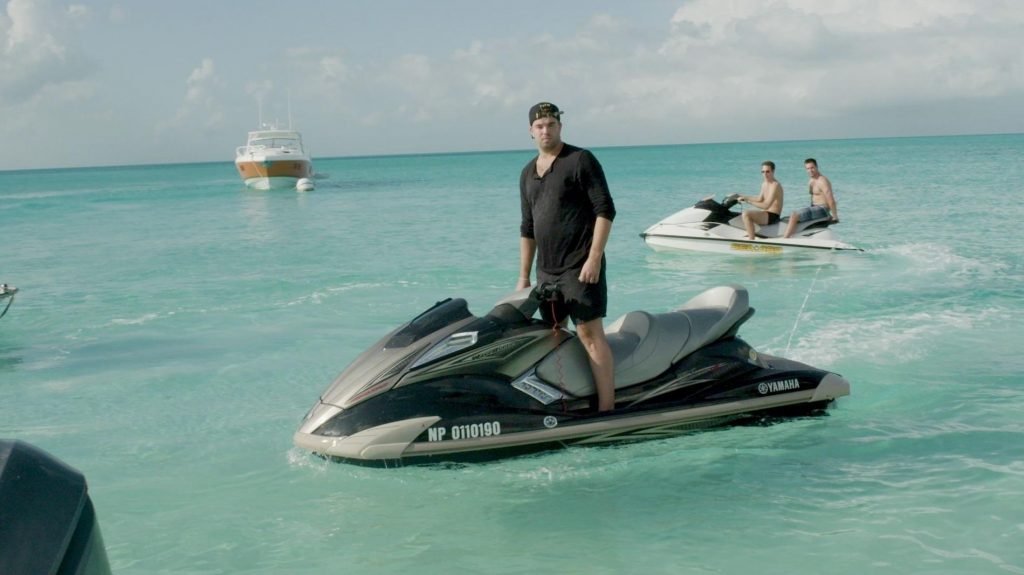 The world is majorly run by money and the beautiful things it can buy. Most people will agree to this simple, debatable truth. We all run after our jobs, mostly because we dont like them, but we need money to fund a lifestyle that would make people envious. A good house to stay, a fancy car to drive, the latest headphones and what not. But is it all really necessary?

Minimalism talks about a new lifestyle adopted by two men: Joshua Millburn and Ryan Nicodemus who took on a completely new stance. Living life with the most minimalist approach. Buying things which are absolutely necessary for survival and happiness. Packing and traveling light, living life to be happy. The approach was welcomed by many folks as they spread the word on their tour in the USA. Watching this documentary will maybe allow a fresh perspective on life and reaffirm your faith in the saying “simple is beautiful”. 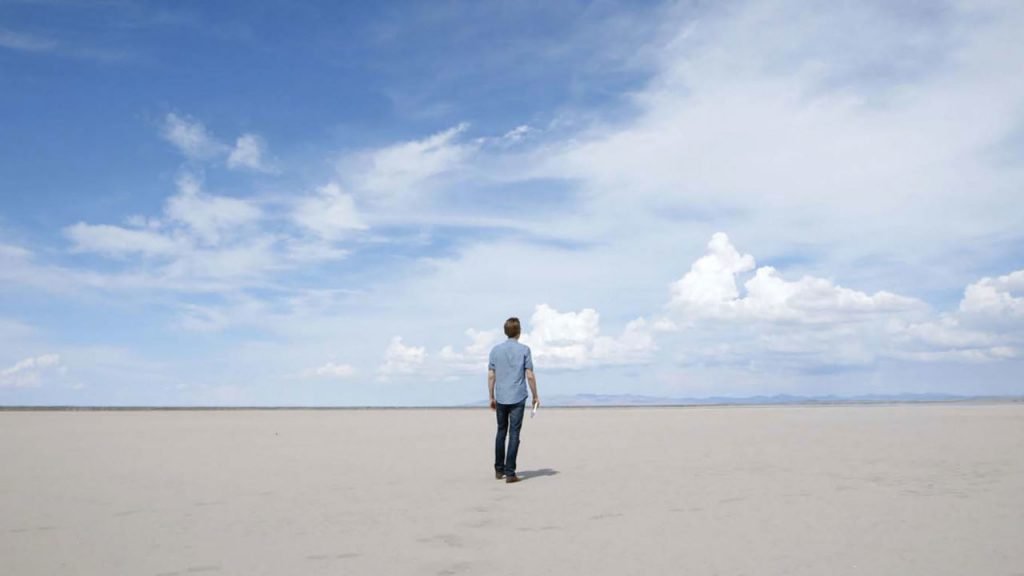 Herbalife is a company that sells health products and chain store franchisees. It claims to be working on a model that allows its members to earn money as they become partners within the firm. It is a well known company that is even listed on the bourses in USA. But is it really helping its members to become wealthy as it claims?

Bill Ackman, the Founder and chairman of Pershing Square Capital Management has reason to believe that Herbalife is actually a pyramid scheme that is using people to fund its own operations. Bill made a bet that he will prove this to the common people on live TV and actually made a billion dollar short on the stock of Herbalife. The documentary tries to show Bill’s efforts to prove the scam of Herbalife and how a company that has presence in several countries is actually a complete fraud. 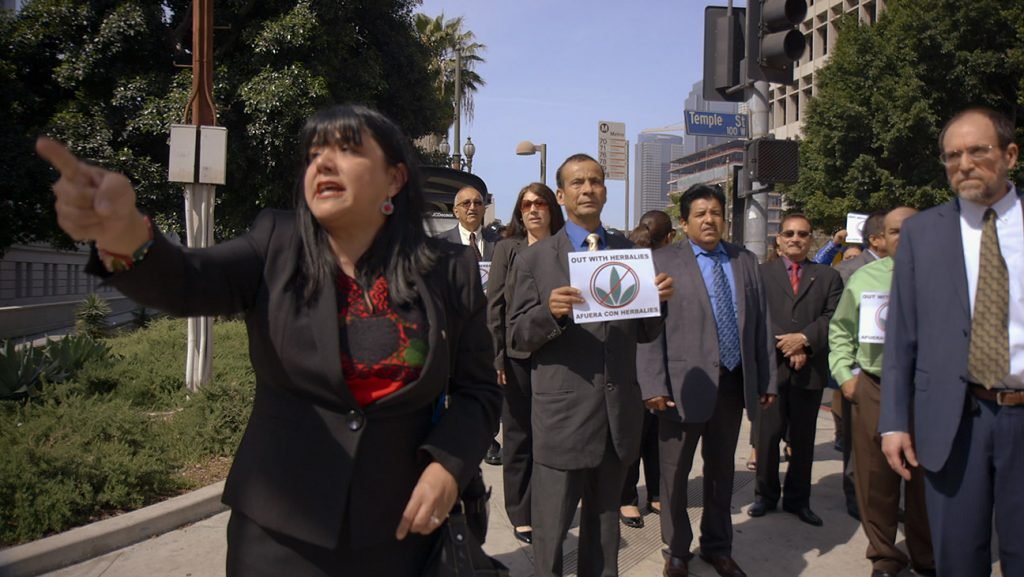 4. APEX: The story of the hypercar

We all have fallen in love with cars sometime or other. Ask someone about a fast car and they will end up saying Lamborghini or Ferrari or McLaren. But are fast cars limited to these conventional names that we know? One lesser known name stands out as a surprise when it comes to hypercars.

Christian von Koenigsegg was inspired to build a hypercar after watching an animated movie in his youth. That resulted in the birth of the brand Koenigsegg. This documentary showcases the engineering and efforts put in by Christian and his team of engineers to build a car that would surpass the imaginations of humans when it came to fast production cars. The dream was realised by the launch of the Agera R and One:1 which are now regarded as top notch hypercars. The Swedish car manufacturer’s design and agility will light up your car based desires and imagination. 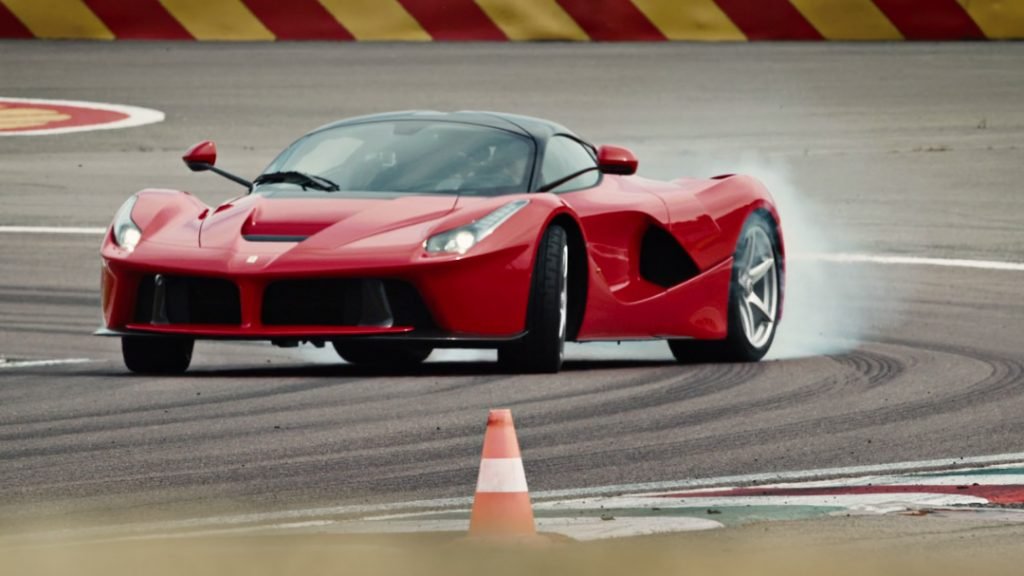 The name Lady gaga is synonymous to two things in particular: Music and weird dresses. But is there really something beyond this conventional train of thought? This documentary explores the unknown facets of the life of Lady Gaga. Who she is as a person when the lights and cameras are not around? What is life like when you have too many people around, most of whom you do not know and how many of them have really good intentions. It also show cases the issues that celebrities often go through as a result of excessive fame and wealth. 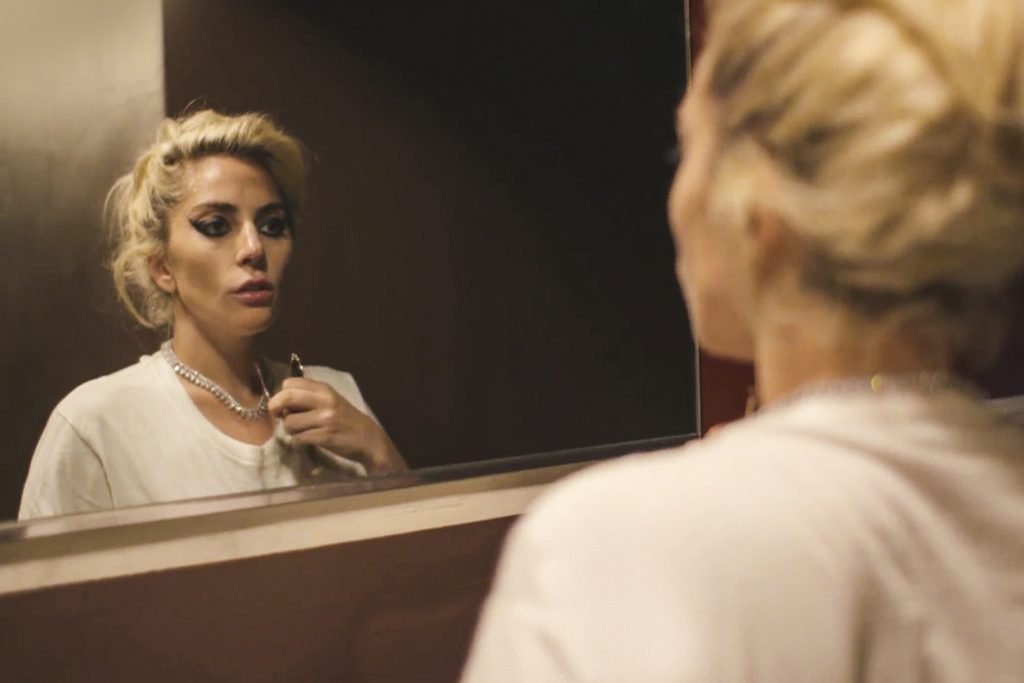 The experience in itself is humbling and gets us to question the fact that is being a celebrity all that easy? Is it really as much fun as shown on the web? And most importantly, how it can adversely affect the lives of those around you.

The race is on to get ahead in life and everyone wants a piece of the pie. But we all have just 24 hours in the day. So how to get the most of it at a time when chilling is also the new living it up? This documentary explores the fascination of the youth and their need to chase after multiple things (Attention deficit hyperactivity disorder – ADHD). A drug named Adderall, supposedly allows humans to feel more invigorated, more energetic and feel more alert on consumption. This in turn, boosts performance of individuals in daily life be it in sports or academics or general routine. Sounds wonderful, doesnt it?

A closer study reveals that the wonder pill is similar in terms of addiction to meth users and any attempt to stop intake results in withdrawal symptoms. The documentary also focuses on long term health issues related to consumption of the wonder drug. A must watch for the youth who apparently are dealing with the fear of missing out on a lot. 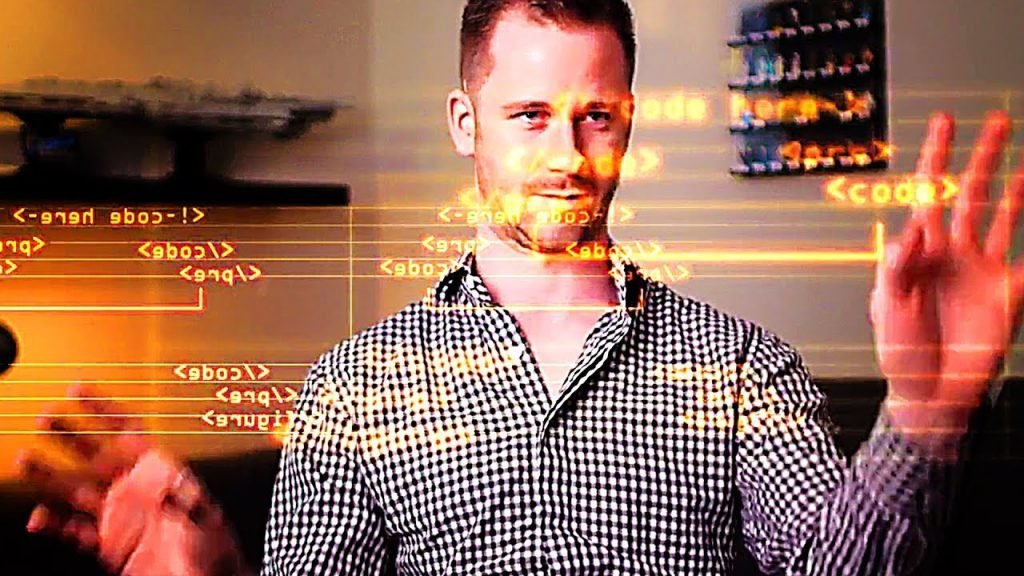 We have seen movies about war heroes facing issues while settling back into normal life. Remember the movie American Sniper? A matter of fact is that too many war veterans do not seek help when it comes to PTSD (Post Traumatic Stress Disorder) and some of them resort to committing suicide. Resurface is the story of such war veterans who are finding recovery via learning how to surf.

The incident came to light after one such PTSD afflicted war veteran was about to commit suicide after going to surf. But his experience of surfing the ocean, the thrill associated with it and the peace he found from an unexpected source helped him to live another day. Van Curaza (wave surfer) and Bobby Lane(a war veteran) now run Operation Surf to help those suffering from PTSD. A bit unusual on the therapy front, but this documentary is worth a watch. 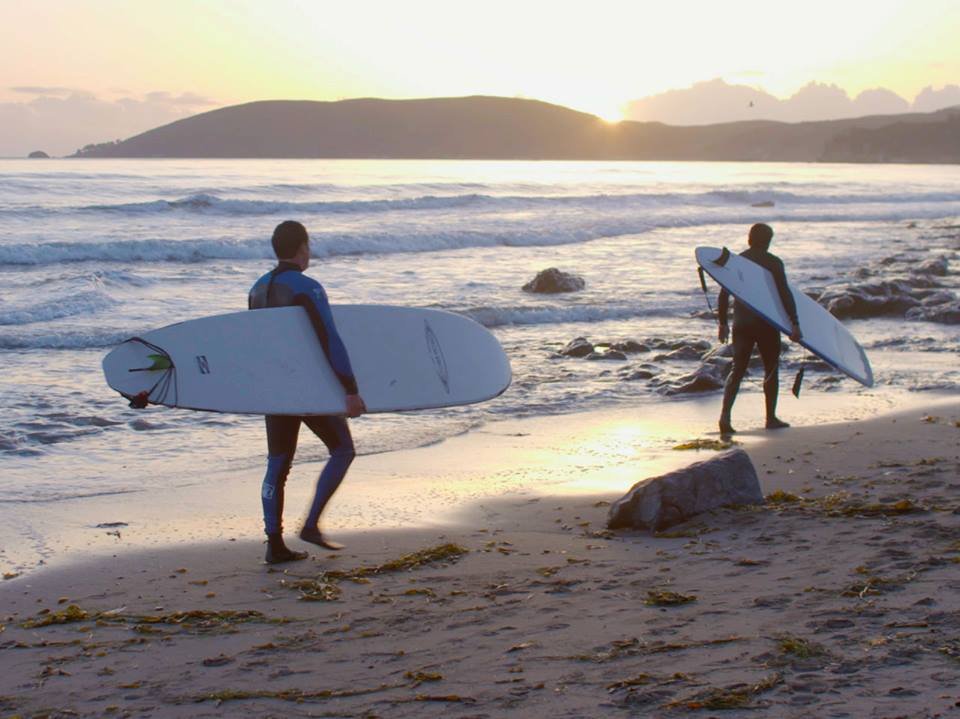 So go ahead and get your weekend chill with this amusing list.