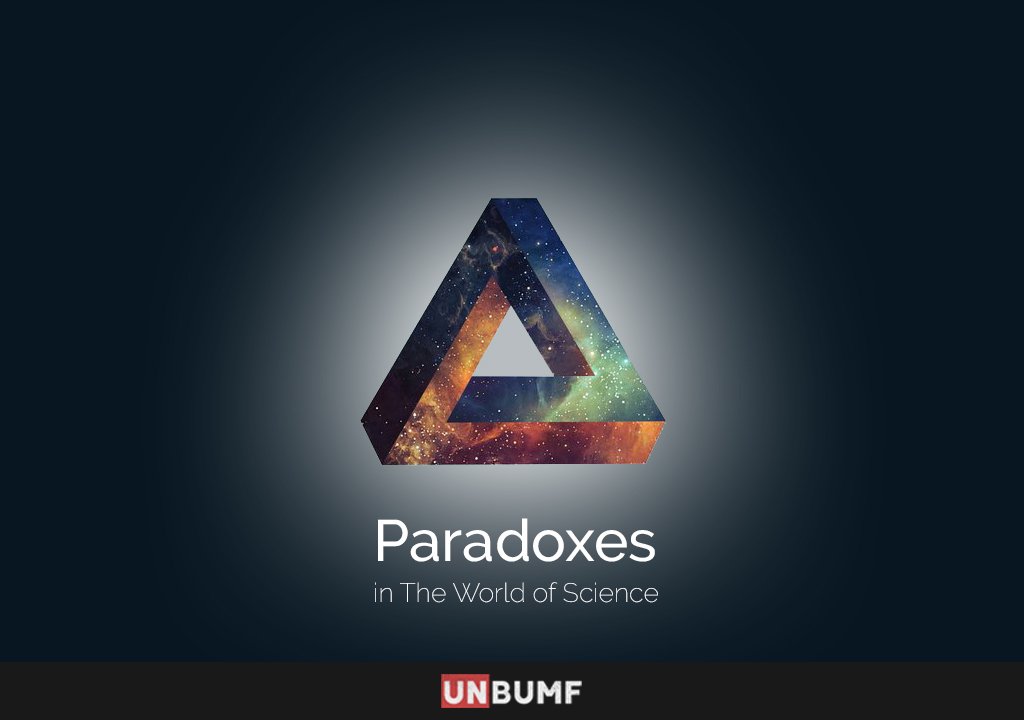 7 Interesting Paradoxes in The World of Science

What is a paradox?

The scientific definition is quite straightforward. It is a seemingly absurd or contradictory statement, which when investigated turns out to be well founded and true. Basically it’s something that makes no sense when you learn of it, but is something that has actually been observed. A little like my past relationships.

So here, we present to you some of the coolest paradoxes in the scientific world. Keep in mind, that none of us here are scientists. I mean, we’re barely writers, but that’s a separate discussion. In the mean time, before I meander even more, let’s take a look at these paradoxes. 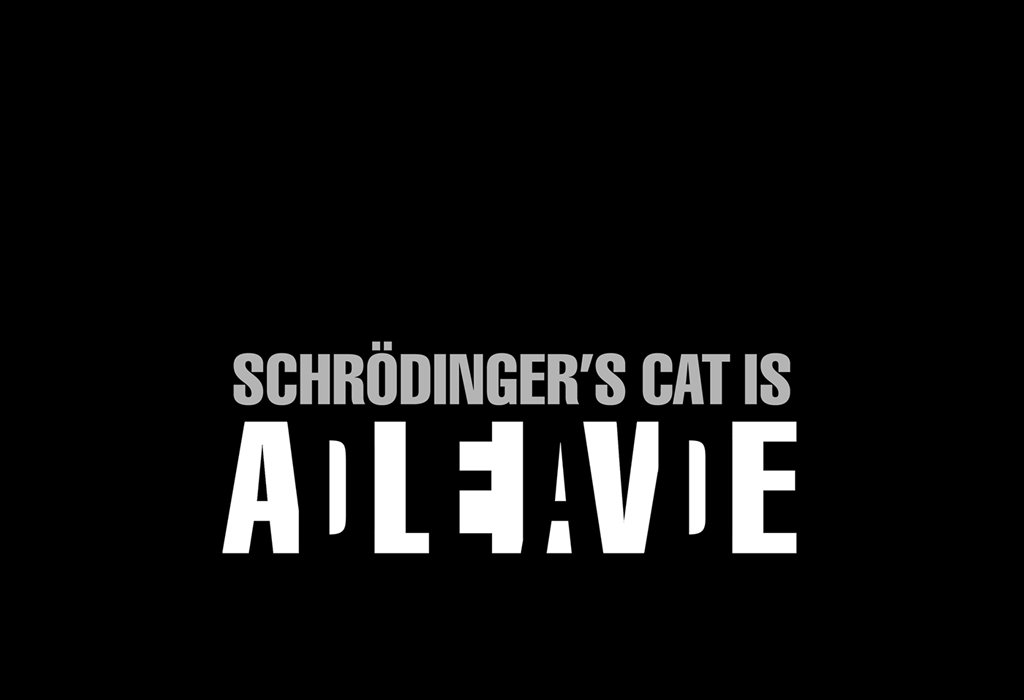 Okay, I think we should get this out of the way first. Schrodinger conducted a thought experiment by placing a cat in a box. Along with the cat was a vial of poison gas, whose rupturing would depend on the decay of a radioactive material. The state of said material could not be known without observation i.e. opening the box. Thus, the cat is both alive and dead until the observation is made. Think of it like this – let’s say you can see the future. But the moment you see your future, it changes. 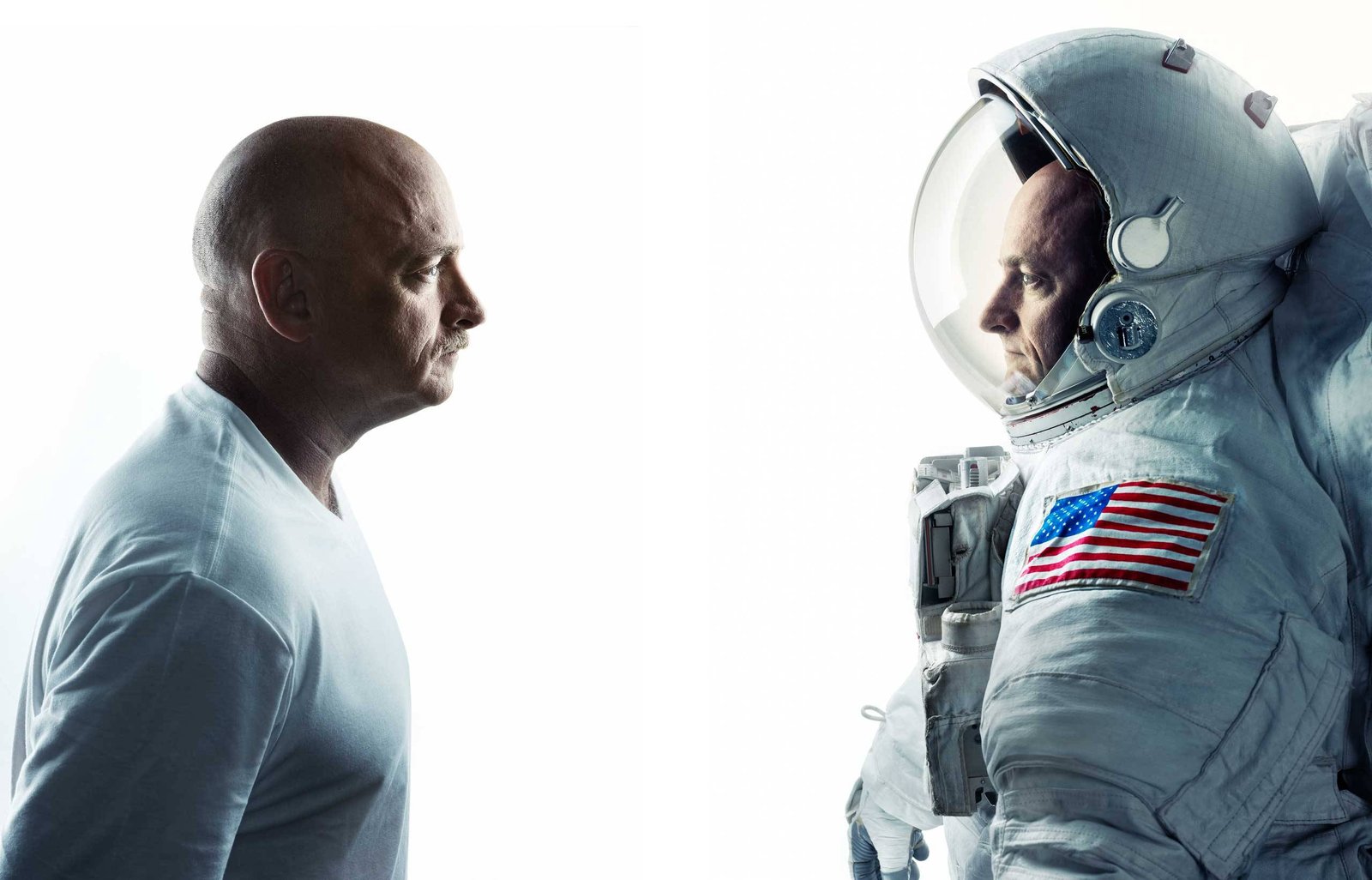 Watched Interstellar? Then you have experienced the effects of space-time relativity like nobody ever has. As you approach the speed of light, theoretically speaking, time begins to move slowly from your frame of reference. So, say, you travel the galaxy and return to Earth. From your perspective it may seem like maybe a decade. But let’s say you have a twin living on Earth. Upon your return you will see that he has aged significantly, maybe even passed away *apologies*.

Now this might seem a little racist, but why do the French drink, smoke and overeat but remain relatively healthy? Many experts and researchers have come up with a number of solutions but nobody has come close to an actual answer. Maybe it’s a vitamin that helps or a preservative in the wine that they drink. We do not know. All we know is that, finally, someone is asking the real questions!

This one is going to be a complicated one so sit back, take a deep breath and continue.

You can relax. This one isn’t as bad as the previous one. It’s worse! *drumroll*

I know, right? *eats a bullet*

Look above. You see the sky, don’t you? Is it light or is it dark? I don’t know the answer but what I do know is the real question you should be asking.

Why isn’t it always bright?

Unlike the other paradoxes, this one actually has an answer. The light from all those stars just hasn’t reached us yet. Stick around a few million years and you might get to see the brilliantly lit up sky, even at night.

7) Achilles and The Tortoise 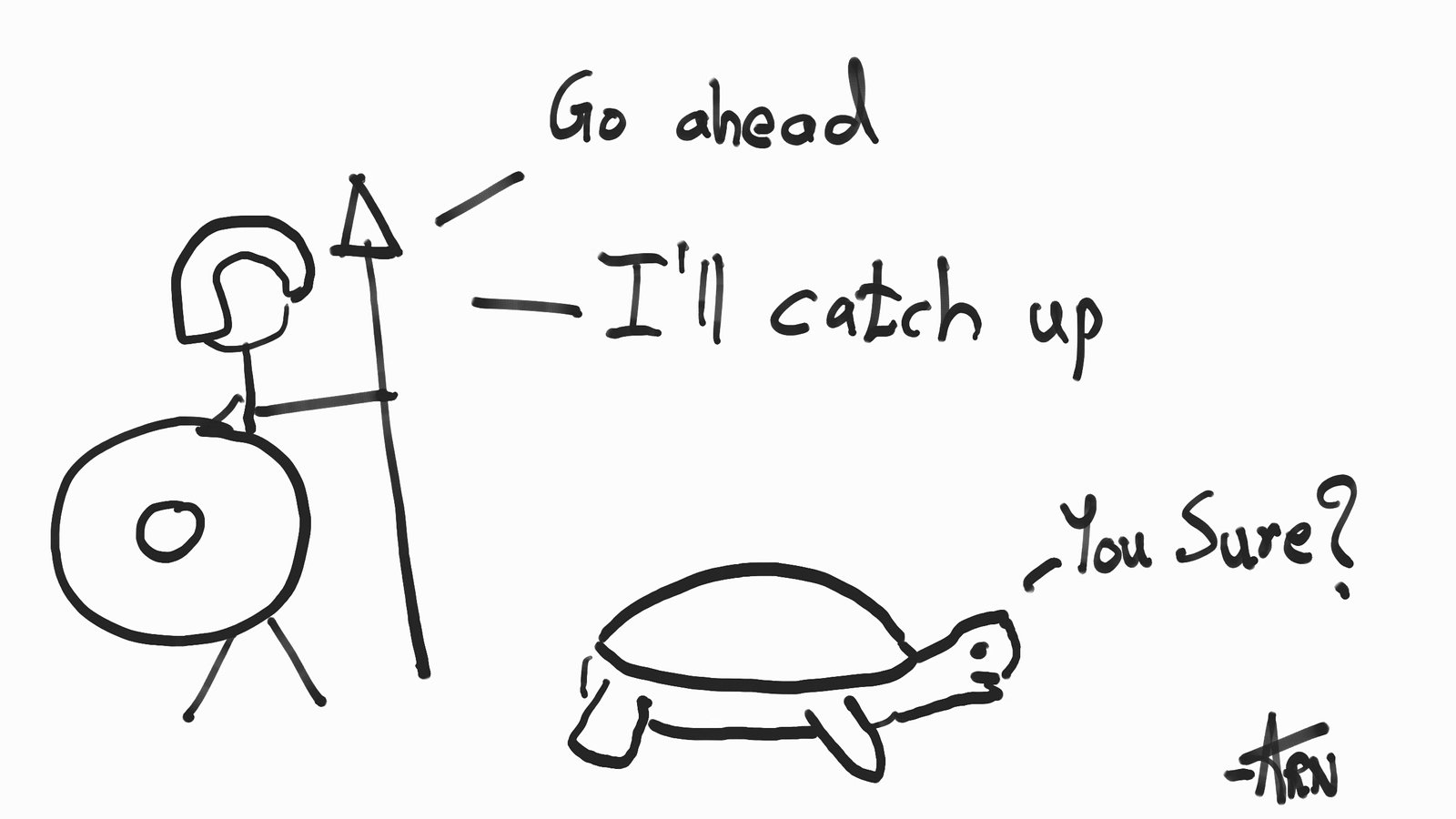 Assume that a tortoise challenged Achilles for a race. The reasons for that would be ridiculous, but stay with me. Achilles gives the tortoise a 100 feet head start. After that, Achilles finally starts running at a constant speed and catches up to the tortoise. In the mean time, however, the tortoise has moved a certain distance further. So now, Achilles has to catch up with him again. But as he does so, the tortoise has moved forward again. As a result, Achilles will keep getting closer and closer and closer, but he will never overtake the tortoise. Hence, he will lose the race and once again, slow and steady will have won. Why this is called a paradox? Because common sense screams to us that normally, Achilles would literally win by a mile.

There are some that haven’t been included in this list as they require a large amount of knowledge in areas that we cannot even pronounce. But, I would encourage you to take a look at Monty Hall’s Paradox and the Arrow Paradox. And while we’re at it, take a gander at this. Since no travellers have arrived from the future, that means time travel has never been invented.