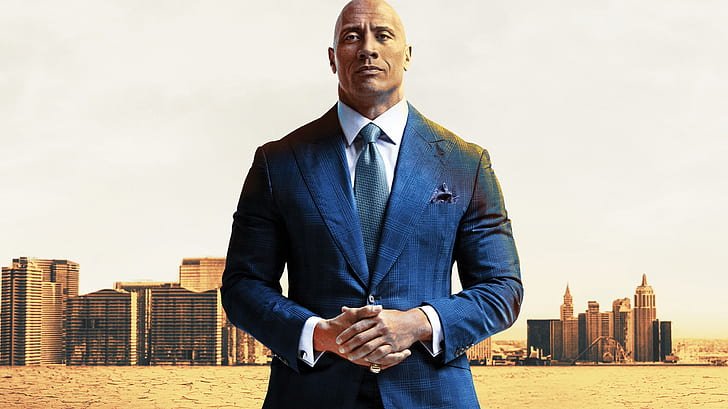 7 Famous Sports Personalities Who Have Struggled With Mental Health Issues

For a long time, sports has been often associated with toughness. Sportspersons have been naturally expected to have grit and fortitude even though their career is always a roller coaster ride with tons of ups and downs. However, what many of us fail to understand is that at the end of the day, athletes are humans. They possess their own demons which keeps them under darkness when not in public scrutiny. However, slowly the sports fraternity is changing and many players have come across and become more vocal with regards to mental health.

Here we take you across various athletes who have battled mental health problems and been vocal about it.

In 2018, the 23-time Olympic gold medalist came into the limelight as he opened up about his struggle with depression. The swimming champ underwent through various controversies during his professional career right from driving under influence to smoking marijuana. The world class swimmer revealed that he was hurting all this while. In an interview, Michael Phelps told that he had gone through various spells of depression and he was finally in a space where he was ready to speak about his dark days. His Michael Phelps foundation now offers stress management programs and helps create mental health awareness amongst people.

I struggled with anxiety and depression and questioned whether or not I wanted to be alive anymore. It was when I hit this low that I decided to reach out and ask for the help of a licensed therapist. This decision ultimately helped save my life. You don’t have to wait for things

From a young aspirant pacer hailing from UP to swinging the opposition batsmen playing for India. It was a dream run for Praveen Kumar. However, he got injured before the 2011 World Cup and had to be withdrawn from the Indian squad at the last moment. That was the last of him in international cricket. He failed to find an IPL contract after struggling in 2014.

After being overlooked by the selectors for long, a dejected Praveen underwent a dark phase in his life. It all reached a point where he left his home with a revolver in the middle of night to kill himself. He pulled out of it after coming across a photo of his children in the vehicle. This incident prompted him to sought therapy where he was diagnosed with depression. Praveen recently opened up revealing how he used to fear himself.

“That’s what bad time does. If someone didn’t answer my call, I would feel terrible, neglected. It killed me inside. Thankfully, that dark phase is behind me.” 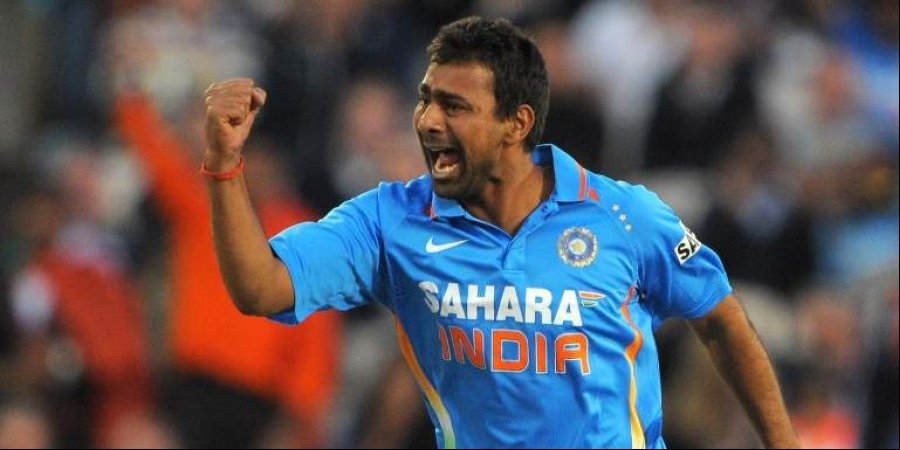 One of the brightest English batsmen whose career was cut short due to mental illness. Marcus Trescothick described his anxiety as “the beast that lives inside”. The first instance was in 2006 during the tour of India, when the England opener returned home citing personal reasons. Then later that year, he made himself unavailable for the Champions Trophy and even withdrew himself from the Ashes after playing two tour games.

Trescothick later asserted that he only understood more about his mental health issues after repeated instances. He described how he was in a shell and didn’t care about anything. Marcus spoke about how there needs to be more awareness and people must open up about their struggle with mental illness as no one deserves to suffer alone. For him, medication helped him a great deal.

“People would say, ‘What do you have to be depressed about? You play cricket for England. You travel the world. You get paid well.’ To try and understand that dark place when you’ve never experienced it is very tough.”

Former No.1 tennis player Serena Williams who has won a record 23 Grand Slams has also faced issues when it comes to mental health. The tennis legend suffered from postpartum depression after the birth of her child. It includes fretful thoughts, panic attacks, feelings of hopelessness and sadness.

From sharing the story behind the difficulties in giving birth to the child to being afraid she wouldn’t be enough for her child, Serena opened up on her Instagram after having discussed a fair bit about it earlier in her documentary. It paved way for a large number of people to share their struggle and experiences with motherhood mood disorders.

““Most of you moms deal with the same thing. Whether stay-at-home or working, finding that balance with kids is a true art. You are the true heroes”

The former Barca footballer became one of the most celebrated sportsperson for having scored the winning goal in the 2010 FIFA World Cup final for Spain. Andres Iniesta revealed his battle with mental health early in his career. Dani Jarque who was his close friend suffered a heart attack during a pre-season training session which affected him largely.

The midfielder opened up about his struggle following the period of his friend’s death and described how it became difficult for him to control things in life. He also stated about waiting for the night to arrive so that he could go back, take a pill and relax. The positive thing was that Iniesta realized he needed professional help to get out of the situation which he did.

“When you’re suffering from depression, you’re not yourself. When you’re in a vulnerable situation, it’s difficult to control things in life.”

Ronda Rousey, a former Olympic bronze medalist in Judo went on to become one of the most fearsome competitors in the UFC. Not only was she the first female in the competition but also went on to build a winning streak. However once she lost, the whole world turned upside down for her. Later Ronda opened up about how deeply that loss had an impact on her emotionally.

She even contemplated suicide coping with the loss and feeling there is no coming back. However, she credits her then boyfriend for being her support system and helping her come out of it. Ronda Rousey now supports charities that time-to-time deal with hunger and mental health issues for those who cannot afford them.

“Everyone has their moment of picking themselves off the floor and I’d gone through several of mine but no one had actually seen me go through it and maybe I had to be that example of picking myself off the floor for everyone.” 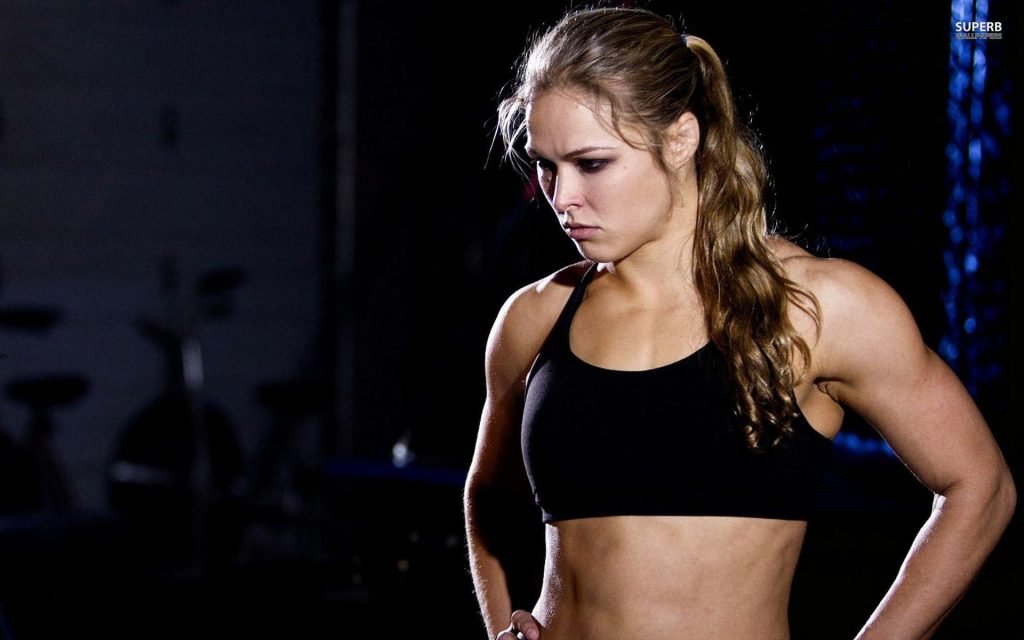 Call him an actor, call him the people’s champion, call him the future United States President. Dwayne Johnson seems no less than a superhero but he is a human at the end of the day. The superstar spoke about his childhood back when he was 15 and the family had been evicted from their apartment, how his mother had attempted suicide.

He further took a personal note and recollected how an injury derailed him a promising career in professional football. The absolute worst time according to him was when his girlfriend broke up. Johnson spoke about how he was at a stage where he didn’t want to do anything or go anywhere and was just crying.

“We both healed but we’ve always got to do our best to pay attention when other people are in pain,” he said. “We have to help them through it and remind them they are not alone.

Got tons of responses to this. Thank you. We all go thru the sludge/shit and depression never discriminates. Took me a long time to realize it but the key is to not be afraid to open up. Especially us dudes have a tendency to keep it in. You’re not alone

The article proves that depression is not a lone battle and many have undergone it. Also, it’s different for everyone. Mental health is as much and equally important like your physical well being. The ‘Take It in Your Stride’ attitude will only affect you in the end. So realize it soon and seek help from a medical expert. It’s okay to speak about it and not be dismissive.

Find our other articles on famous sports personalities, here.