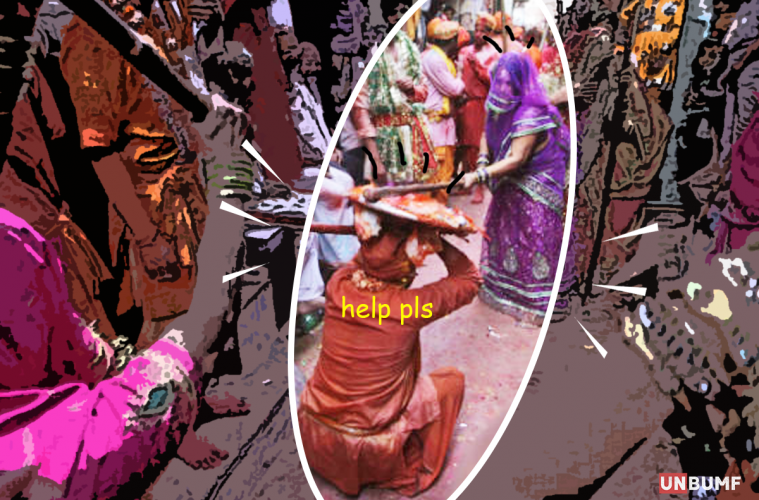 For an untrained eye, India is a weird land. And Indian festivals are weirder. Crazy mythological stories, seemingly appalling customs and traditions that take place here, leave us in shock.  The more we delve into it, the more fascinating these practices get.

The traditional cults created some practices in ancient times and the so-called “creative” people took to it. They then added more bizarre ideas, thereby creating vividly unbelievable “festivals”.

While some of these will make you flinch, others might make you laugh. You, however, will want to witness them all in all their extravagance. Let’s take a look some of the Indian Festivals that are too funny to be true: 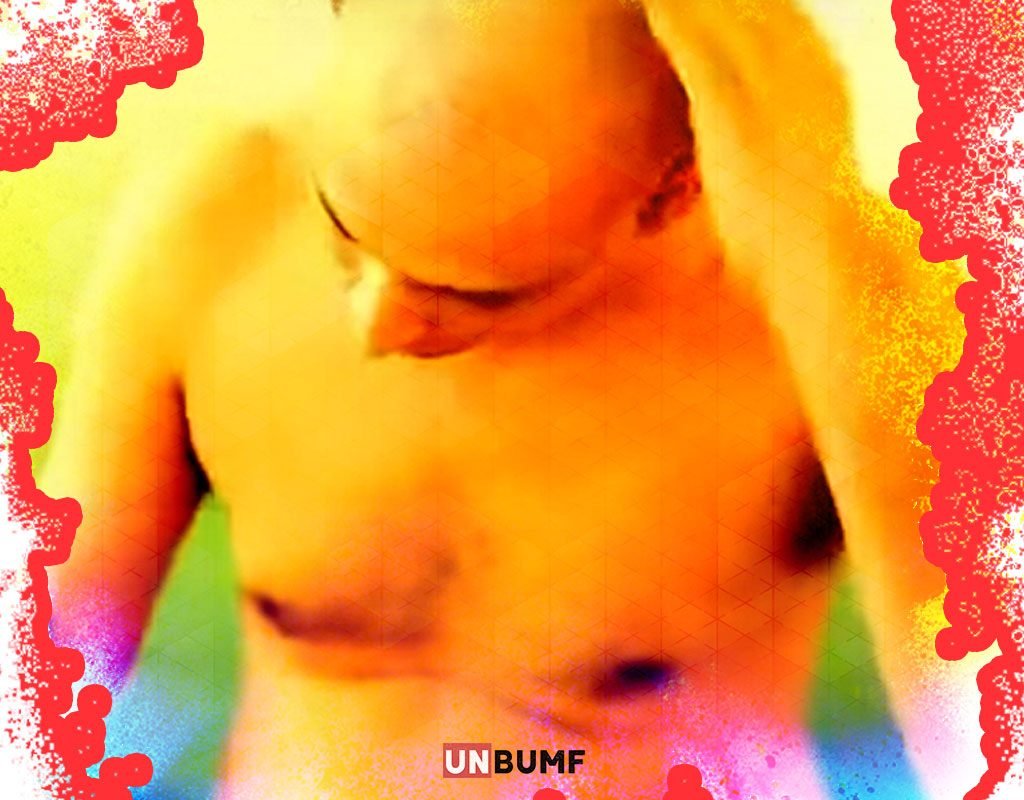 If you are have hair loss and Propecia is your best friend, converting to Jainism could be a good solution for you. This is not as much a festival as it is a ritual. The Jains have 36 rituals in their religion. One of these customs carried out once a year is Kaya Klesh.

In this ritual, participants remove their hair one strand at a time with their HANDS. That’ right! Their HANDS. They pick their hair strand one by one, until they go bald. According to Jainism, hair symbolises attachment.

To attain liberation one must go through this painful process and prove their dedication. It also teaches monks the process of enduring pain. 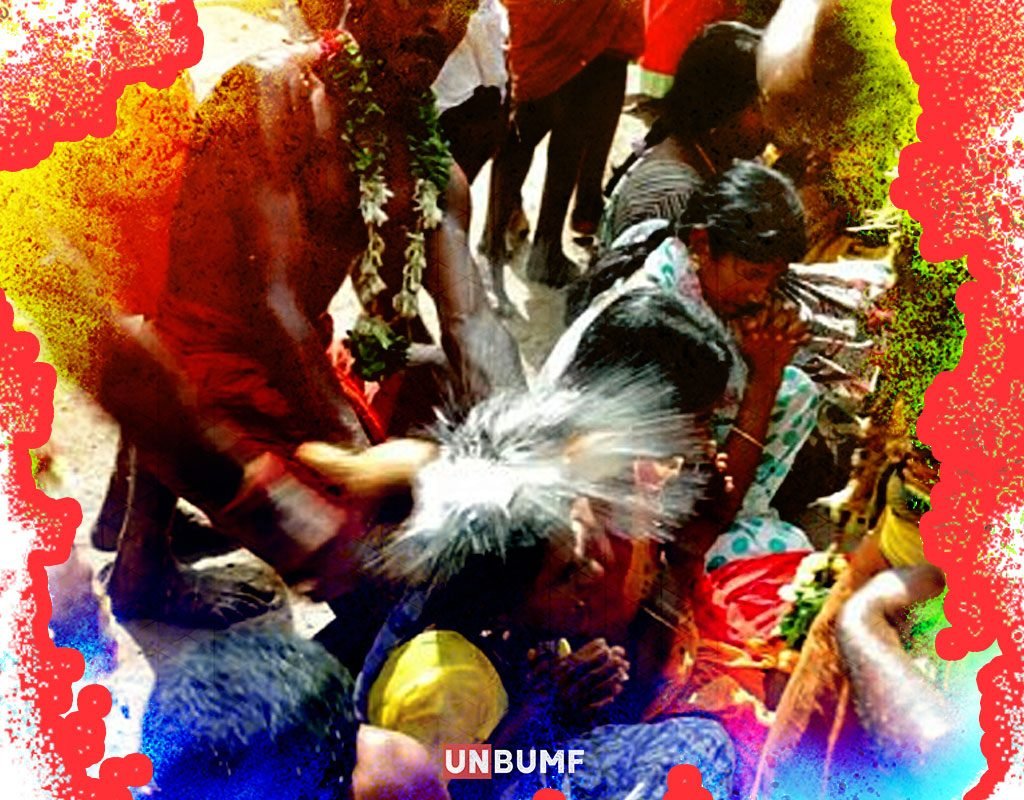 Every 18th day of Aadi, a month as per Tamil calendar, devotees march to the temple of Mettu Mahadhanapuram. Once inside the temple, they get a coconut smashed on their heads. The priests use all their strength to smash coconuts on people’s head in one go. It is said to bring good luck, health, positivity, and success to devotees.

Though doctors have warned people of its side effects, this practice has continued. Because nothing ensures being healthy like getting hit in the head with a stone-shaped hard shell fruit. 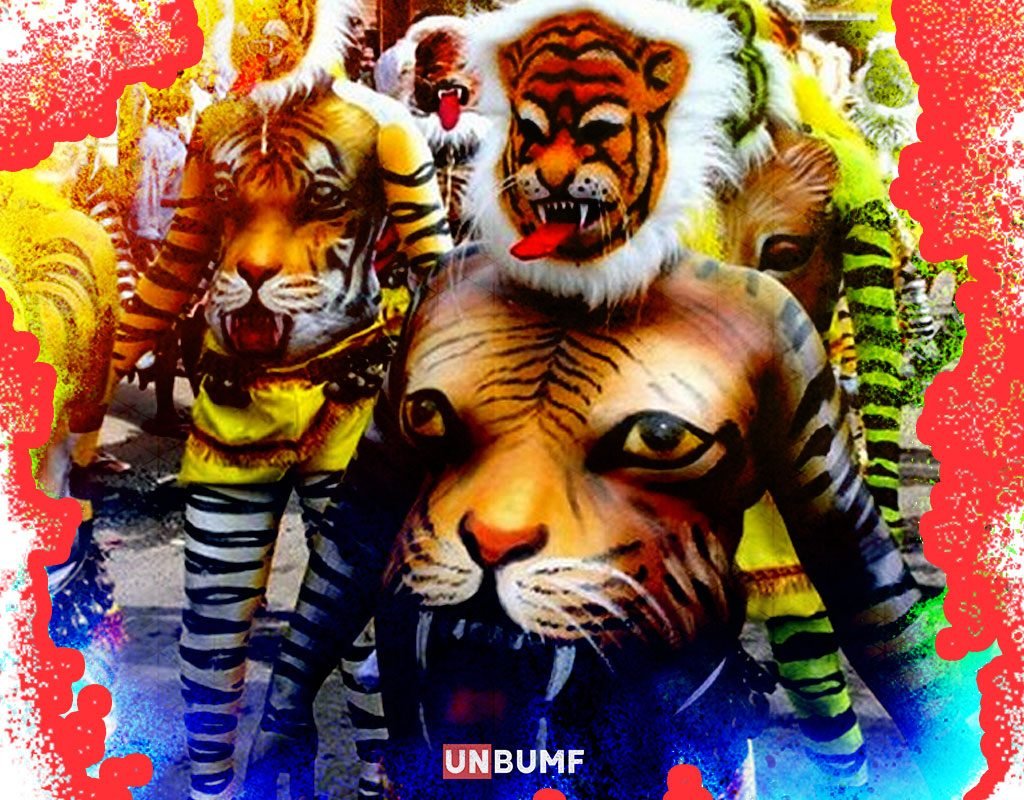 In this festival, people from all walks of life dress up like tigers and walk down the streets.  People don a tiger mask on their face, while the upper part of their body is either dressed like a tiger or is painted like the animal’s face.

Then there are others who are dressed as hunters. The festival is a long drawn process of hide-and-seek between these two sets of people. It is followed by dance as well as music.  This “folk art” was introduced hundreds of years ago in some kind and now is a part of the Onam festival. 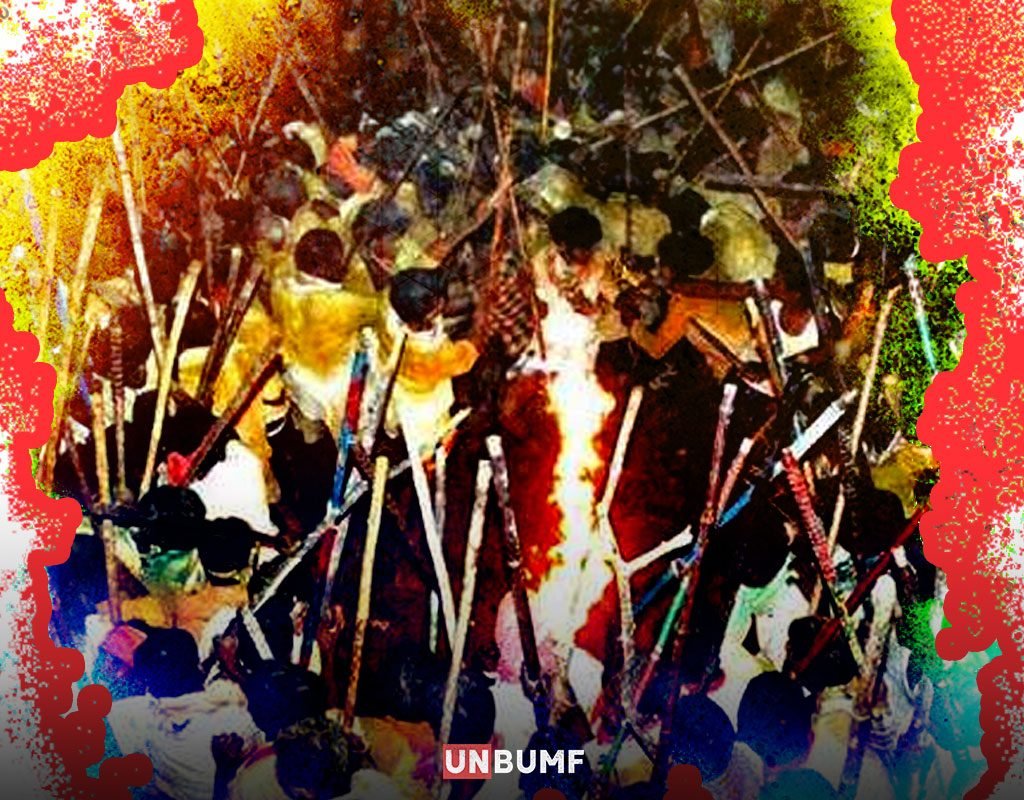 This festival, or the idea of it will be a little difficult for you to wrap your head around. Celebrated at the Devaragattu Temple in Andhra Pradesh on every Dussehra, this festival sees hundreds of devotees gather and hit each other with lathis on their heads at midnight.

This ‘ritual’ goes on till dawn or till everyone bleeds out, whichever is earlier.  This festival is the celebration of Shiva killing a demon in angst. In earlier years, axes were used in the festival. It was due to repeated warnings from people that the devotees switched to lathis. Hundreds of faithful are injured every year in this festival. The injury, however, does not matter as long as Lord Shiva is celebrated in all his madness and anger. 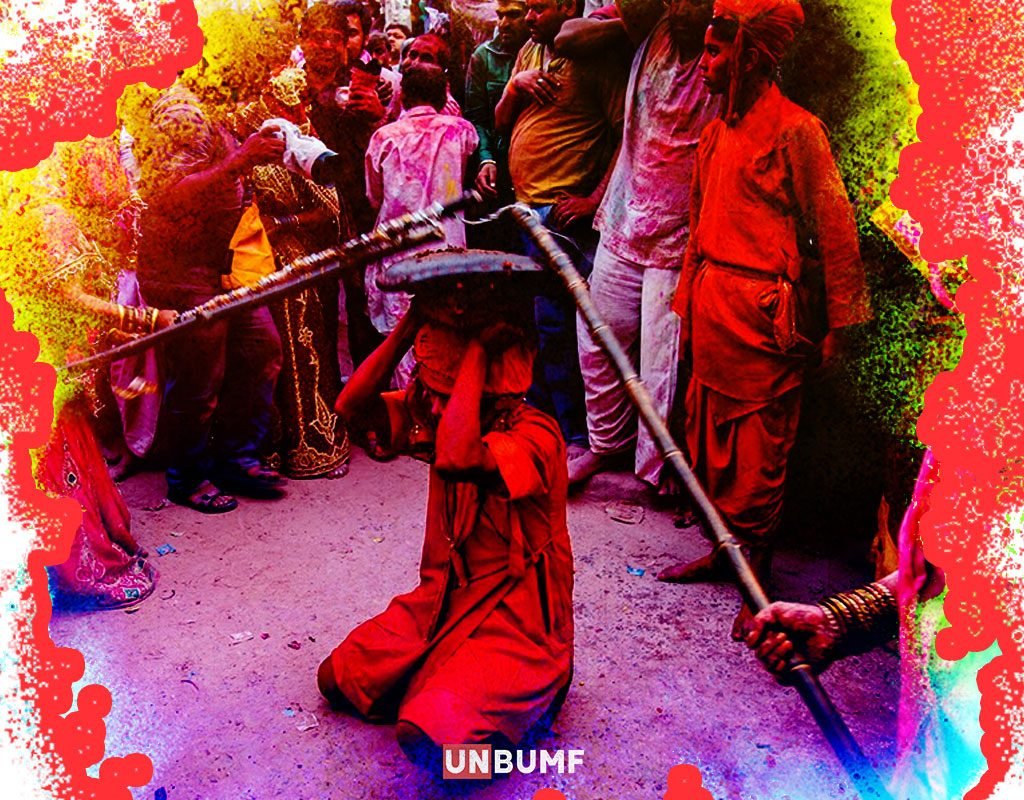 You haven’t played Holi if you haven’t played it in Uttar Pradesh or Bihar. You think throwing colors and water balloons during holi is fun? Well, not if you can hit one another with something better.

I know what you are thinking, that these festivals encourage hooliganism. That all such festivals are channels for people to take out their frustration on one another. Lathmaar holi seems like it.

The whole celebration is basically women beating men with lathis during holi celebrations. The men are later cross-dressed and are made to dance.  This tradition of Holi dates back to times when Krishna used to visit Radha’s village and tease her and her friends. This festival is a rendition or playful act of revenge. Men and women participate in this event and reenact the whole scenario and chase away the gops from their village, four to five days before Holi. 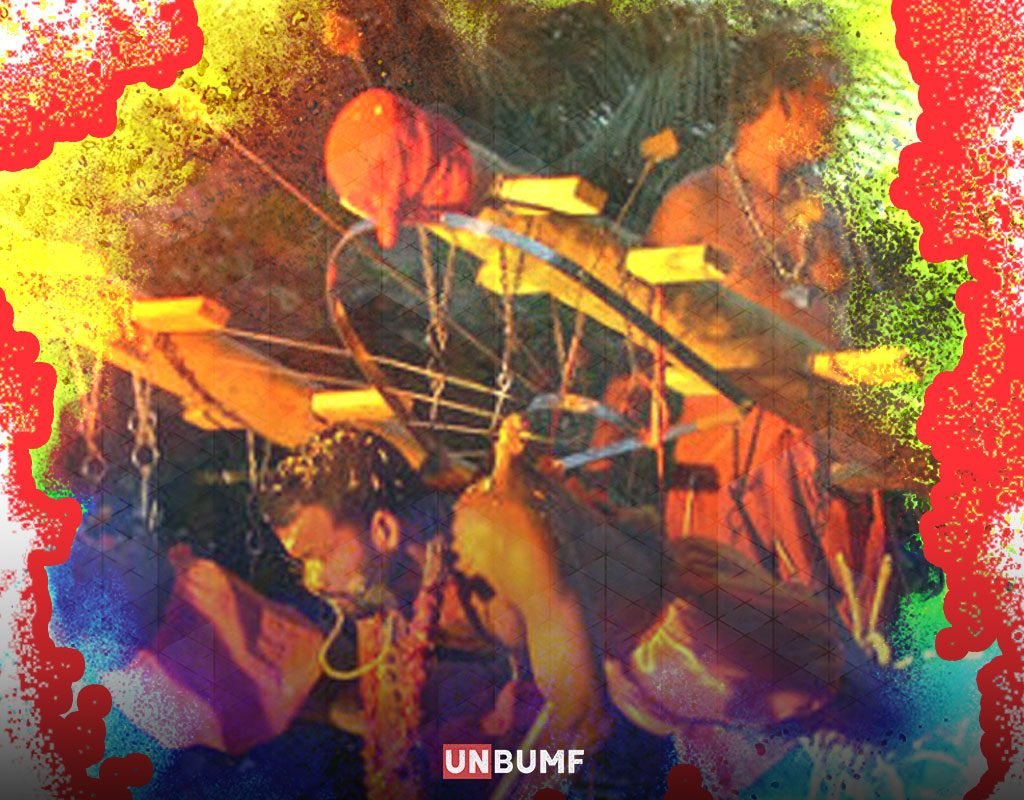 It seems like the people of Kerala took the idea of ‘hanging out’ a little too literally.

According to Hindu mythology, Lord Vishnu sent Garuda – a bird which was his vehicle- to Goddess Kali when she was thirsty and insatiable after having killed Darika. Kali’s thirst was quenched only after she drank a few drops of blood of the bird.

To celebrate this, people dress up as the bird, complete with elaborate headdresses and costumes. It is followed by various dances. The dancers later hang themselves like birds from wooden rods. Steel hooks are also used at times.  They are then taken hanging on those wooden planks up to the temple to seek blessings of Goddess Kali. 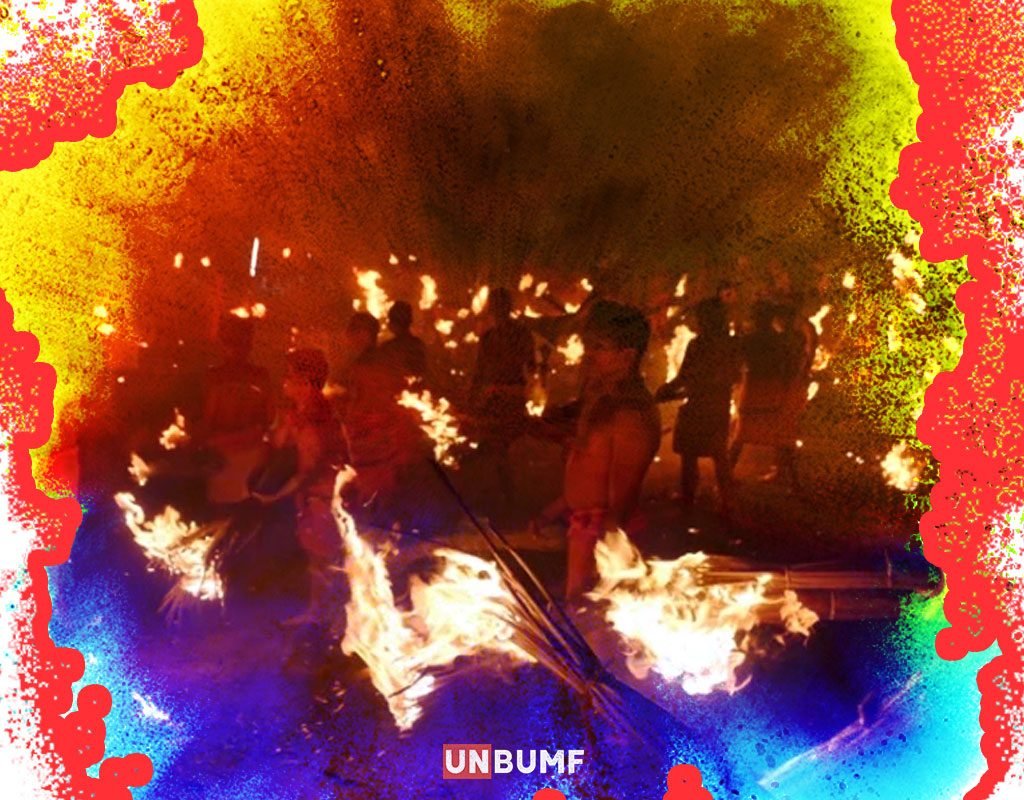 The Fire Festival is where every year thousands of Mangalore residents gather in a huge ground and divide themselves into teams. The game involves men wearing just loincloths, throwing fireballs at one another. The team whose player catches fire loses.

The sport is extremely dangerous. However, people come in large numbers to watch this exceptional game or Khela, as they call it. This game is played in order to impress Goddess Durga.

The intent of all of these weird festivals and rituals might be positive. It is also evidently clear that they rise from devotion. No one can , however, deny the craziness they lead to. India’s mysticism costs people their lives when in fact it was intended to do the opposite. And perhaps, India is one of the few countries that celebrates craziness in all its colors.