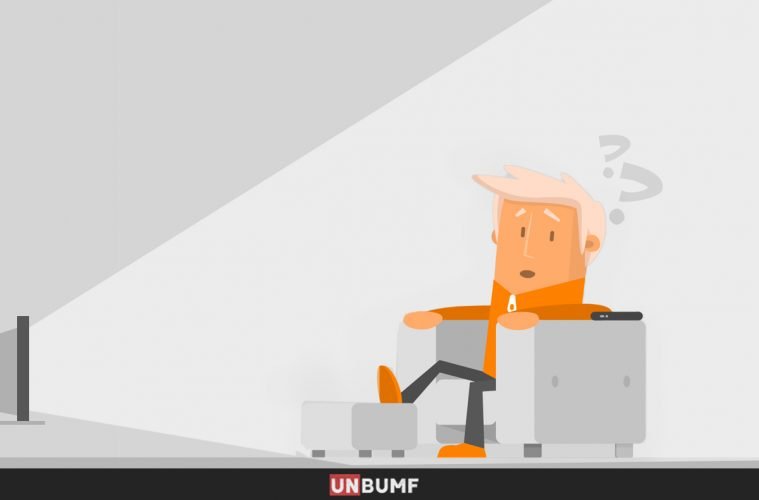 Why do you watch movies? Either because you seek entertainment, or you want to have a laugh or two. You might even come across hitherto unknown information. Either way, you are never the same person you were before watching a movie.

But what if the only difference you see in yourself after having watched a movie is that you are far more confused than what you initially were?

It happens, and although this list is not exhaustive, these movies are susceptible to be misunderstood by viewers. That’s just how they are-too complicated or too unbelievable, or too advanced for the mortal mind. 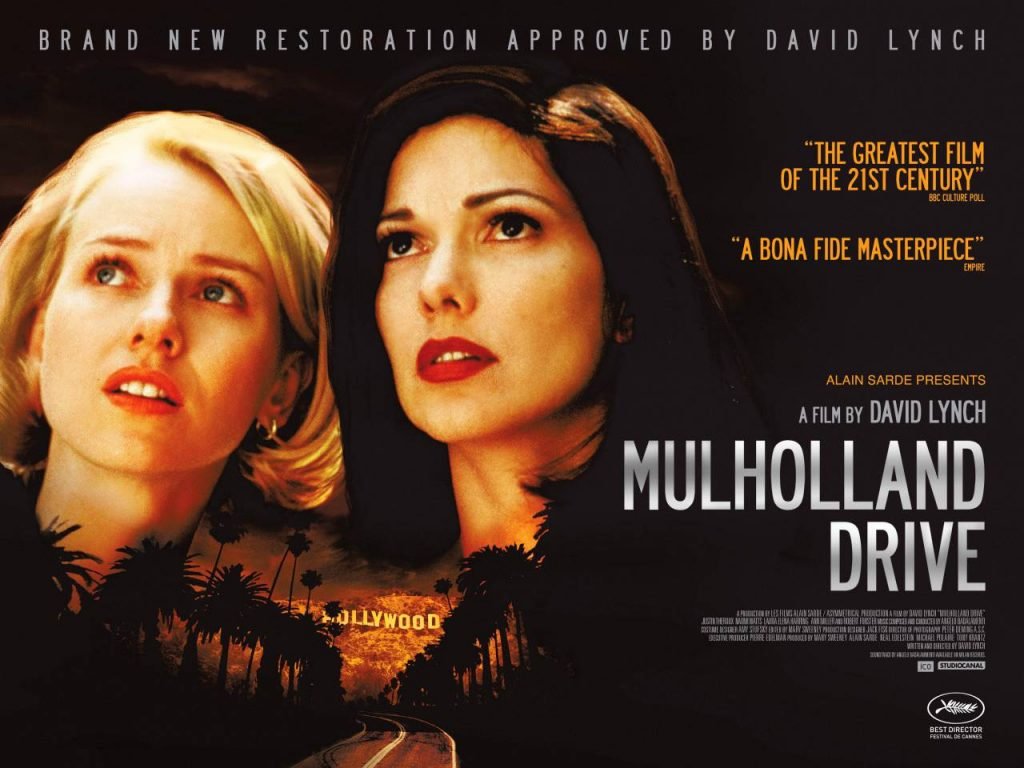 The movie is brilliant, but delirious. It is evocative, but eerie. The movie is almost two decades old, yet the thrill hasn’t faded at all. But how do you make such a movie?

You only do one thing. Let a director known for his surrealistic films make a masterpiece. David Lynch, the director known for his other mind bending films such as Eraserhead, Blue Velvet and The Elephant Man among others wanted to make a TV series after his acclaimed series that also got a revival last year called ‘Twin Peaks’. As time would have its way, the series never got materialised but Lynch edited the plot in a way to make it into a feature film.

Lo and behold, we get a movie about an aspiring actress meeting an amnesiac woman, and what follows is a dark, arcane series of events. The director does not offer any explanation, so audiences and critics are happy to indulge in speculations and interpretations of their own.

Although it is labelled as a neo-noir mystery, the movie defies any existing theory about genres. Over the years, there have been countless theories and explanations trying to explain the film that you would definitely rummage through once you complete the film.

All that you’ve got to know before watching the film is – Be free to interpret the structure that is never really linear. Do not trust the protagonist and do not trust the director and whenever a character hallucinates, you should be ready for some brain scratching to make sense of it. 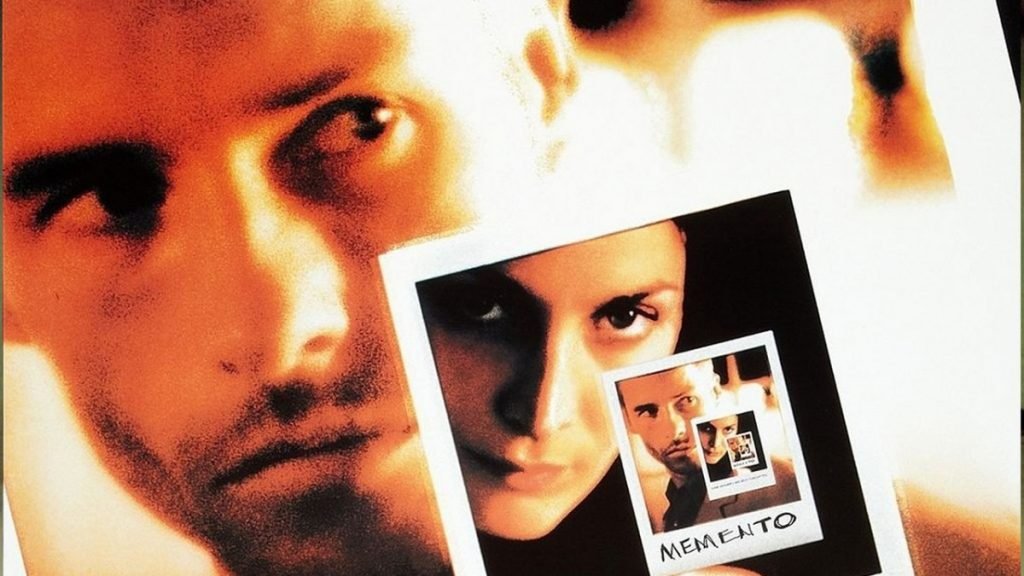 Directed by Christopher Nolan, this psychological thriller has been an extraordinary narrative. it follows the journey of Leonard, who has amnesia, due to which is he cannot store new memories and suffers a short-term memory loss every 15 minutes. The film has an innovative structure with two narratives playing together. One is backwards and another is the puzzle moving forward. in the end they collide into a sensible structure.

It is remarkable how Christopher Nolan adapted this story called ‘Memento Mori’ that was narrated to him by his younger brother Jonathan Nolan. The non-linear narrative of the film is itself a major feat but what makes it particularly daunting is the fact that Christopher Nolan wrote it in the exact same order of the film. He did not just sit down with a lot of sticky notes and then jumbled them for effect and maybe that is why the movie seems so organic in the way it unfolds. From the use of colour to the use of a spectacular reverse shot that not just serves as the title screen of the film but also blends in beautifully in to the narrative, Memento is a masterpiece! 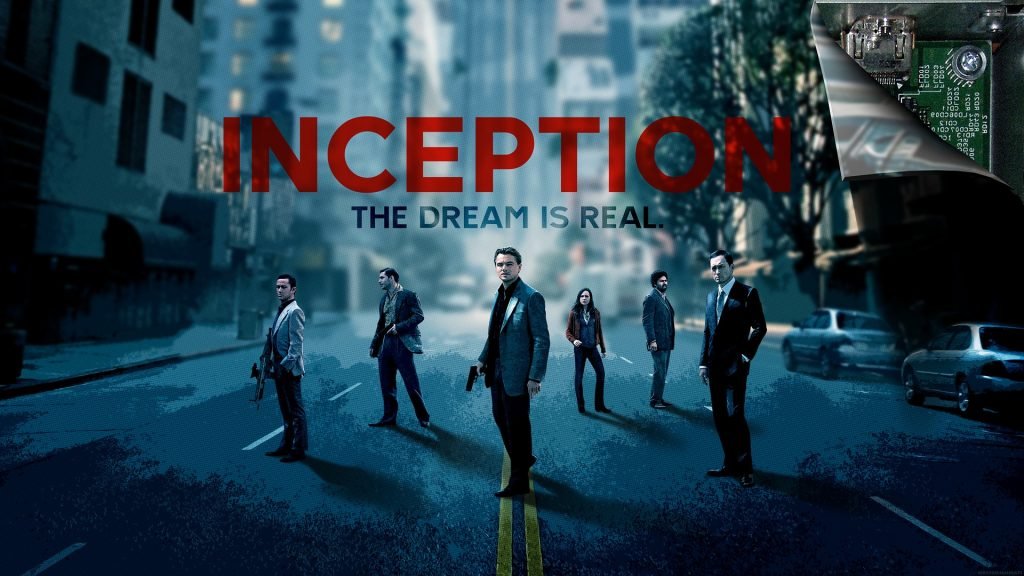 You will understand this movie in no time if you are familiar with the joke: I dreamt last night, and in my dream, I had a dream, whereby I had a dream…

No kidding, that’s the concept, peppered with some scientific backing, and punched with the Nolan mind. Leonardo DiCaprio plays an information thief who can enter your mind like it is the most obvious thing to do. His chance at redemption is to up his ante, and go the next step: implant an idea into the target’s subconscious.

Again, like it is the most obvious thing to do. He plays against the odds, and it gets thoroughly confusing to keep a track of all the minds and dreams he has permeated. A second watch helps. Another rewatch might seal the deal. And reading a blog post about how the film plays out as a metaphor for filmmaking where DiCaprio is the director assisted by the screenwriter played by Ellen Page, Tom Hardy the actor along with others might earn you a chance to sound cool in a conversation. Let that last part sink in… 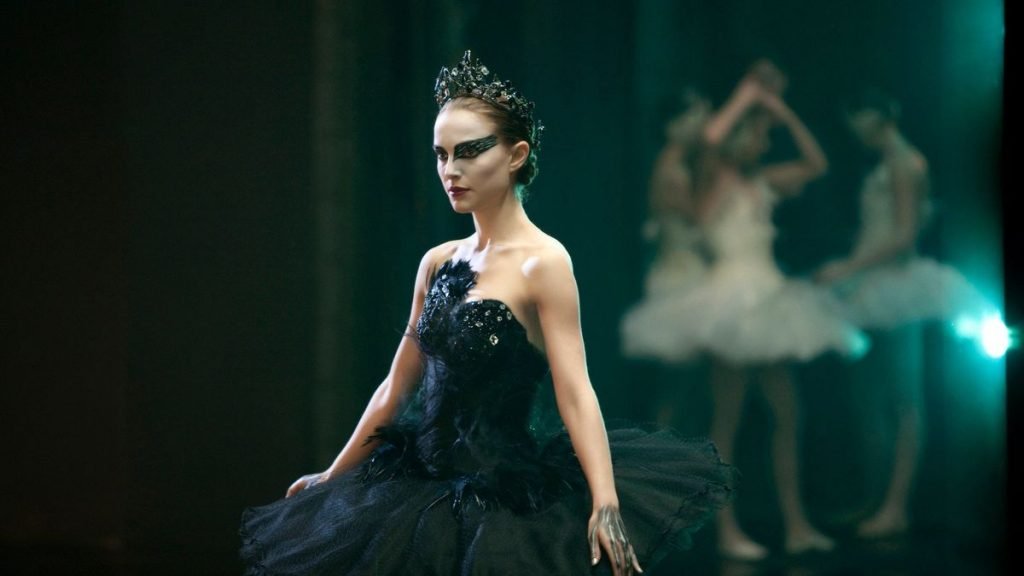 Set in the competitive world of ballet dancing, the story shows the protagonists Nina killing it at the auditions, and being able perform the role of White Swan, but not Black Swan.  As we explore Nina’s spiral into a living nightmare, we see how Black Swan is a metaphor for artistic excellence. Which could explain why artists are prone to mental fallibility.

Genre-wise it is a psychological horror film. Natalie Portman, Vincent Cassel, Mila Kunis, Barbara Hershey and Winona Ryder, all of them give scintillating performances, but not enough to lend clarity to the elusive consequences. People have complicated matters further through interpretation of occult symbols, with some experts subjecting it to psychological jargon. The truth is, we don’t know if Nina dies in the end. We don’t know how she would transform. Maybe Darren Aronofsky doesn’t want us to know. 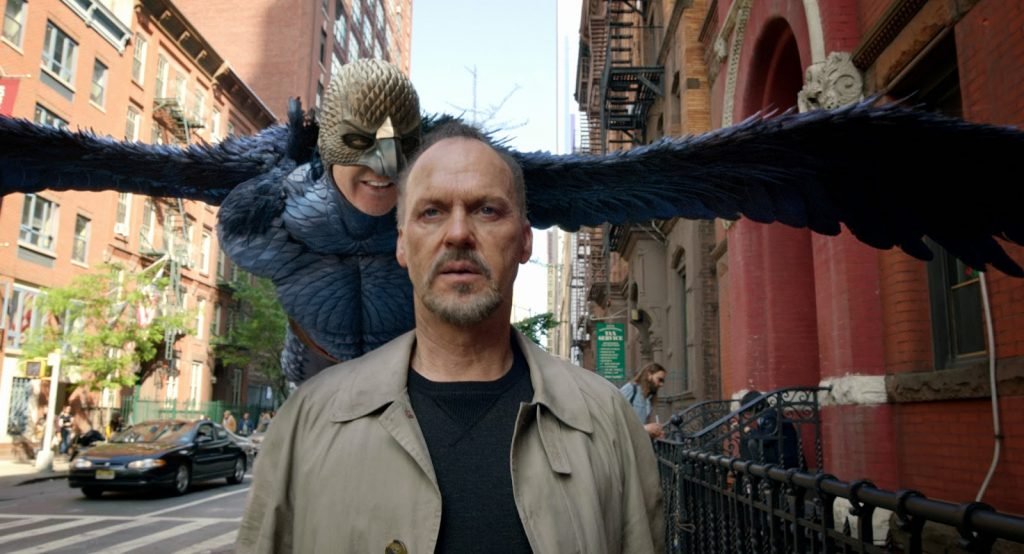 This black comedy directed by the Oscar winner Alejandro González Iñárritu who is known for making films that have a genre-defying ambiguity. It is one of those films that if someone asks you to describe their plot, you are left scratching your head.

The movie has a lot of working parts, as it tries to uncover each: Michael Keaton plays Riggan who is now trying to resurrect his career, personal life, and everything in between. The movie is also an achievement in the world of cinematography as all of it plays out like a single uncut scene. Though this wasn’t the only reason why Chivo got his second consecutive Oscar for this film. The movie takes us on a literal journey that imitates life as there are no cuts in reality. It is a long never ending scene until you die (hint: read this statement again after watching the film to understand the ending)

It is a movie about the glamour of fame, and the hollowness of it. The story seeks to explore that vacancy, which prevents it from becoming that vacancy itself. It addresses one crucial, existential question: are you an actor, or are you a celebrity? The way it answers this is heavy, which is what it is supposed to be. You’ll need more than just one viewing to get there. 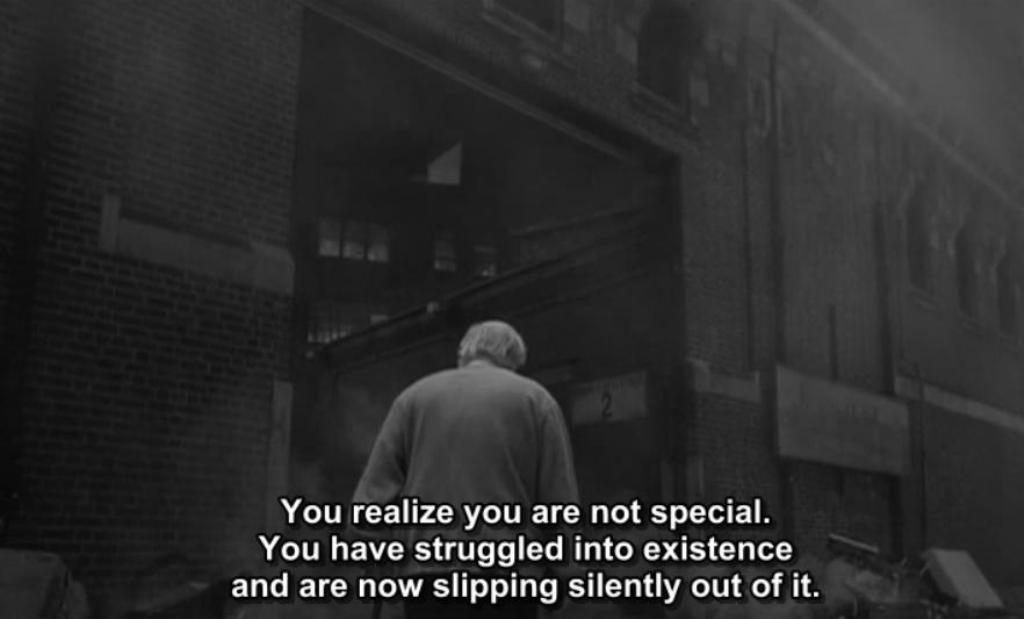 It is a postmodern drama film. The movie sees the personal downfall of the protagonist in the form of a ruptured relationship, and professional security, in the form of an Art fellowship. He goes on to create his magnum opus. But what follows is a series of mind-boggling incidents: he gets so absorbed in his own theatrical creation that the lines between fiction and reality seem to blur. On top of it, he gets entangled in relationships, with all his emotions haywire. There’s complications of all sorts, and little that makes sense. Much like its name, the movie needs your undivided attention and multiple attempts at deciphering its truth. 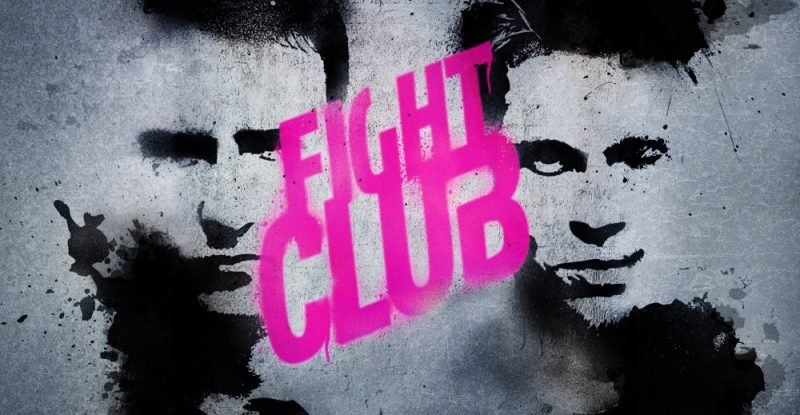 When David Fincher touches something, it turns to gold. In this case, he touches the novel of the same name by the brilliant Chuck Palahniuk who is known for his black comedies that make stark commentaries on our society.

Apart from a Shyamalan type ending, the movie is much more a commentary on the American capitalism and how the protagonist finds a way through his disappointment for it via pain.

Therefore, make sure you have large popcorn, with an extra topping of patience, and the pause button handy to process the scenes when you watch these movies. You have been warned.