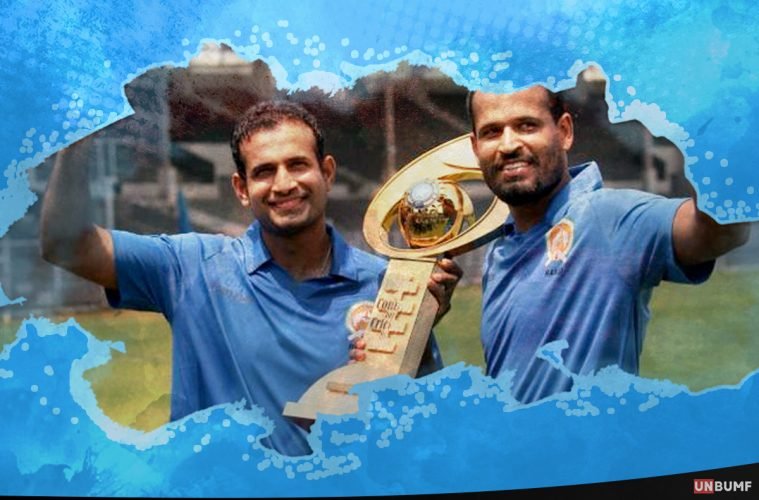 Sports is one of the most gruesome profession there is. Not only does one compete with the best from different nationalities, but prove one’s mettle in national championships to earn the glory of representing their nation.

One of the fundamental concepts in sports is to compete against a benchmark. Something to compare your progress with, to gauge one’s skills against another. If one of those benchmarks happens to be one’s sibling while growing up, what could be better?

Most siblings do not face each other until much later in their career. Growing up competing against each other, including constant feedback for each other’s progress proves immensely helpful in the long run.

The following few are some fine examples of sibling rivalry going the right way. 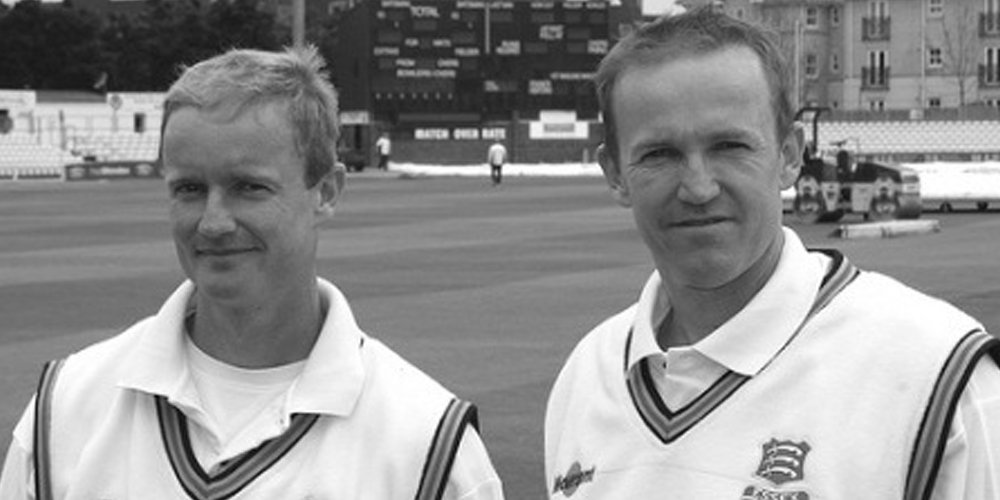 Andy and Grant Flower were two of the greatest cricketers to come out of a less than phenomenal cricket nation of Zimbabwe. Together, the two were nicknamed Flower Power for the unparalleled impact they had on their team.

Grant Flower had always been an all-rounder. With 67 tests and 221 ODIs, he played the role of an anchorman to perfection in the Zimbabwean lineup for a little over a decade. He played a key role in arguably his nation’s single greatest Test triumph over a strong Pakistani side. He scored an unbeaten 201* in in Zimbabwe’s eventual win by an innings and 64 runs.

Grant Flower flourished as an all-rounder in ODI cricket. He captured 104 wickets to be the 4th highest wicket-taker for his country. He has also scored the second highest no. of runs for his country, only behind his brother Andy. After his retirement from international cricket, Grant Flower assumed the role of Pakistan’s batting coach in 2014.

The older Flower, Andy is arguably one of the best wicketkeeper-batsman in Tests alongside the greats like Adam Gilchrist, MS Dhoni. He shares the 31st spot with Steve Waugh in the elite ICC chart of Top 100 All-Time Test Batting Rankings. His Test batting average of 51.54 is a testament to his consistency.

After his forced retirement in 2004, he’s enjoyed successful stints as a coach. He was appointed as a full-time director of the English side, a post he held onto for 5 years. During his tenure, England won the Ashes twice. They also won the 2010 ICC World T20, their first major ICC championship. 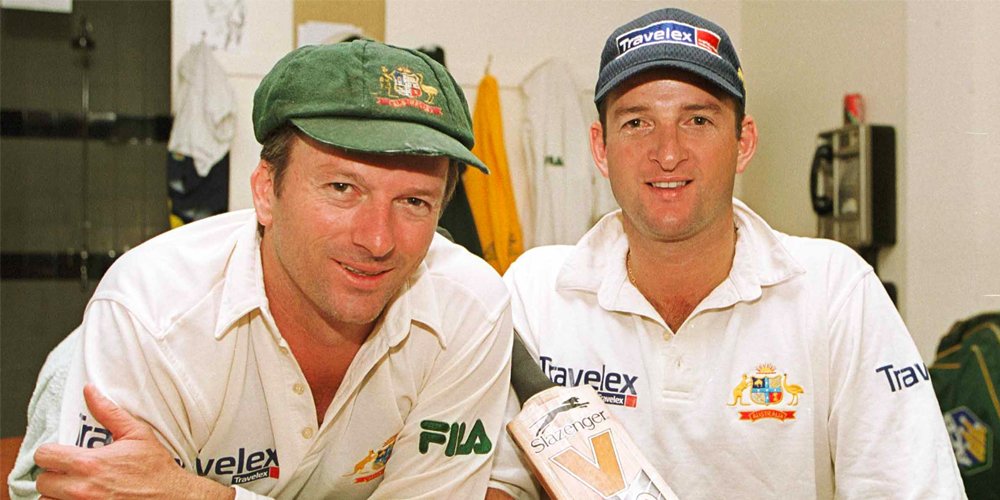 The twin brothers from Down Under are two of the sports famed stalwarts. Steve, one of the only a handful of players to score 10,000 Test runs, also led Australia to their 1999 World Cup triumph. Mark, a veteran of 128 Tests and over 8,000 runs, is widely regarded as one of the best slip fielders of all time.

Steve Waugh, undoubtedly, is one of the finest Australian cricketer and a Test skipper. In a career lasting close to 20 years, he scored a mind-boggling 10,927 runs at an average of just over 51. He also managed to sneak in 92 test wickets (195 wickets in ODIs) to lay claim to being an able all-rounder.

Steve’s legacy, however, was cemented thanks to his captaincy skills. He was one of Australia’s most successful skipper having led his side to 41 victories in 57 outings. Only Ricky Ponting won more matches as captain than him. In ODIs as well, Steve enjoyed a 65% win percentage, winning 67 of the 106 matches he led. The crowning glory, of course, was the 1999 World Cup win defeating Pakistan by 8 wickets in the finals. Steve was the second highest run scorer in the tournament, his brother Mark followed close behind, occupying the 4th spot.

Mark Waugh, nicknamed “Junior”, was the younger Waugh who also enjoyed a successful career spanning a little over a decade. He has scored over 8,000 runs in both formats of the game. Mark was the second leading run scorer in the 1996 World Cup after Sachin Tendulkar. He scored 3 centuries in the 1996 edition which was a record for most centuries in World Cups with Sourav Ganguly equalling it in 2003. 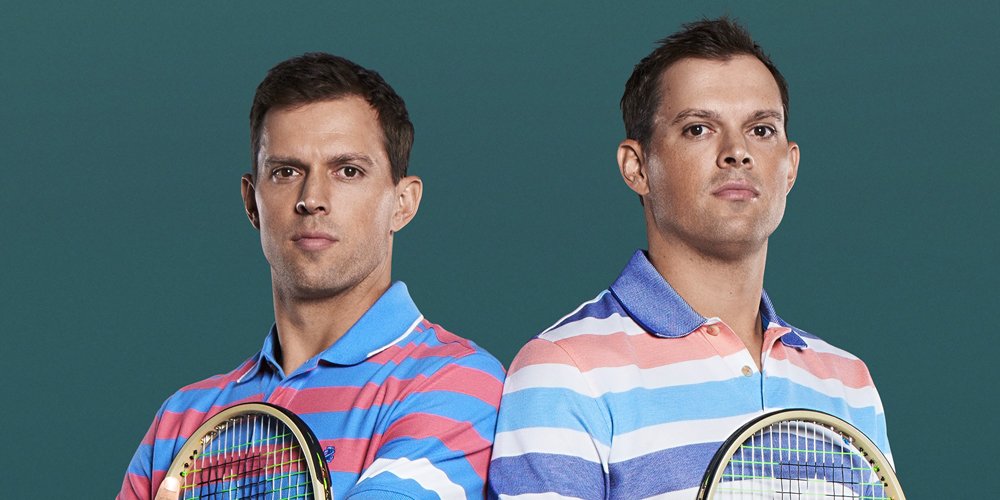 Any sports fan worth their salt, if even vaguely familiar with the sport called tennis, would know about the legacy of the Bryan brothers. Together they have won 16 Grand Slam titles, including the rare glory of a Career Super Slam, making them the most successful duos of all time. They have also won 3 Olympic Medals for the USA including their Gold Medal in the 2012 London Olympics. In addition, they’ve also held onto a record 139 consecutive weeks atop the World No. 1 ranking in doubles.

In 2016, the duo recorded their 1000th win, obviously the most by any pair in history. They are the only pair in Open Era Tennis to win all four majors and the Olympic Gold in the same 1 year period. They have also won the Davis Cup for the USA, in 2007 and regarded it as one of their greatest triumphs. In early 2017, they announced their retirement from Davis Cup, after representing their country for 14 years.

Bob, the younger of the two by 2 minutes, edges past Mike when it comes to their Grand Slam tallies. Besides their 16 titles together, Bob has won 7 Grand Slam Mixed Doubles titles as compared to the 4 his brother has. They are the only team in Tennis to have won every title that Tennis has to offer. 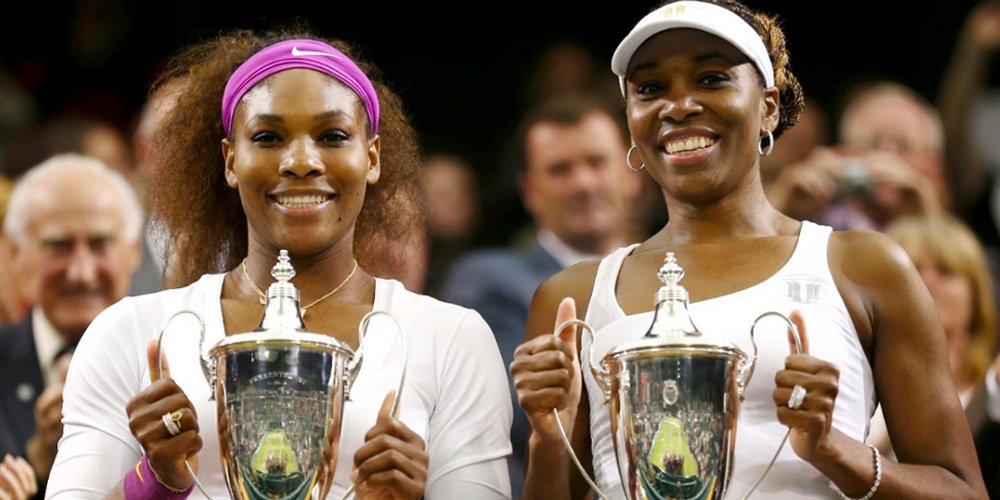 Serena Williams, simply said, is one the greatest athletes of all time. She holds the record for winning the most no. of singles Grand Slams titles (23) in the Open Era. Roger Federer, follows closely behind at 20 Grand Slam wins. Apart from the 3 Doubles Gold, she also won the Singles Olympic Gold at the 2012 London Olympics. With 39 Grand Slam victories, Serena is tied on the 3rd place with Billie Jean King, for winning the most Grand Slam titles.

Venus Williams, the other powerhouse in the Williams family, has won 7 Grand Slam singles titles along with 14 Doubles titles with her sister. Not be overshadowed by her illustrious sister, Venus has an Olympic singles Gold to her name which she won in the 2000 Sydney Olympics. 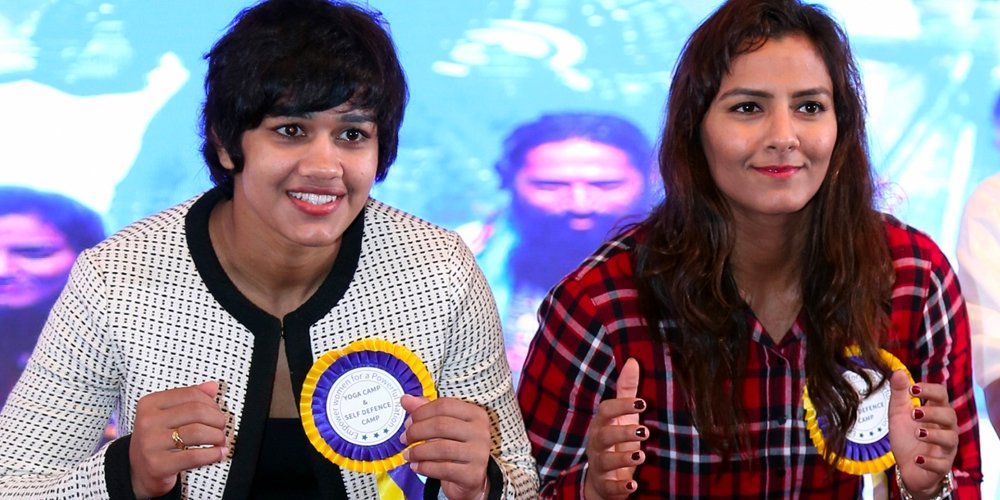 The story of Geeta and Babita Phogat is one that transcends the usual chatter of statistics and medal tallies. The two sisters were trained as a wrestler by their father, who took a stance breaking societal norms in a state like Haryana. Their success, and struggle was the theme of Aamir Khan starrer Dangal (2016).

Geeta Phogat, the eldest sister, won the first women’s wrestling medal for India at the Commonwealth Games in New Delhi, 2010 when she won the Gold in the 55 kg wrestling category. 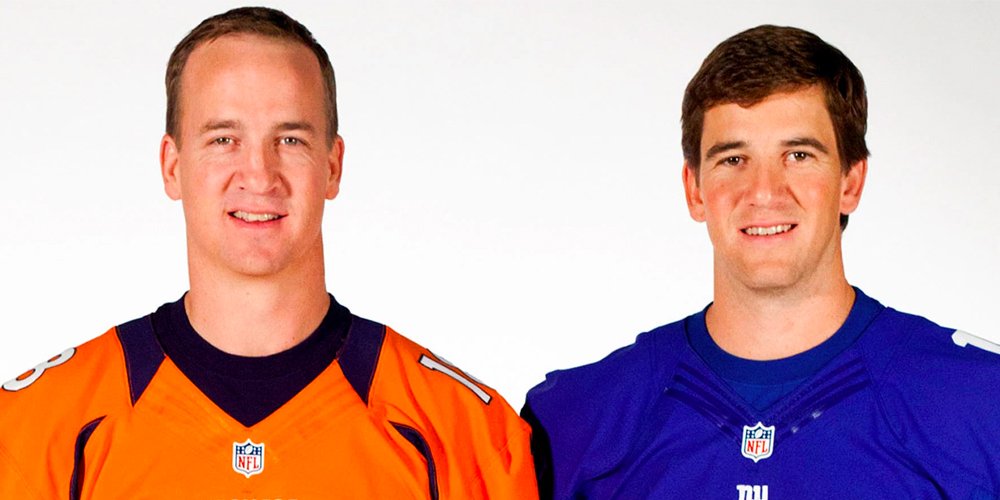 The Manning brothers, Peyton and Eli have won two Super Bowl Rings each, as quarterbacks. Eli won both his rings representing the New York Giants. Peyton won with Indianapolis Colts and Denver Broncos. However, out of the 3 times, the brothers have faced-off, Peyton ended up on the winning side thrice.

Peyton Manning, 41, who has now hung up his boots, played 18 seasons in the NFL, primarily for the Indianapolis Colts and with Denver Broncos towards the end of his career. Peyton is considered as one of the greatest quarterbacks of all time. He holds numerous NFL records as well including passing yards (71,940), touchdown passes (539).

Eli Manning is currently the New York Giants quarterback. He’s won two Super Bowls with the Giants and was also named the Super Bowl MVP in both of them. He also holds the record for most passing yards and touchdown passes for the Giants. Eli occupies the 6th spot in the list of most passing yards in NFL history, a list lead by his brother Peyton. 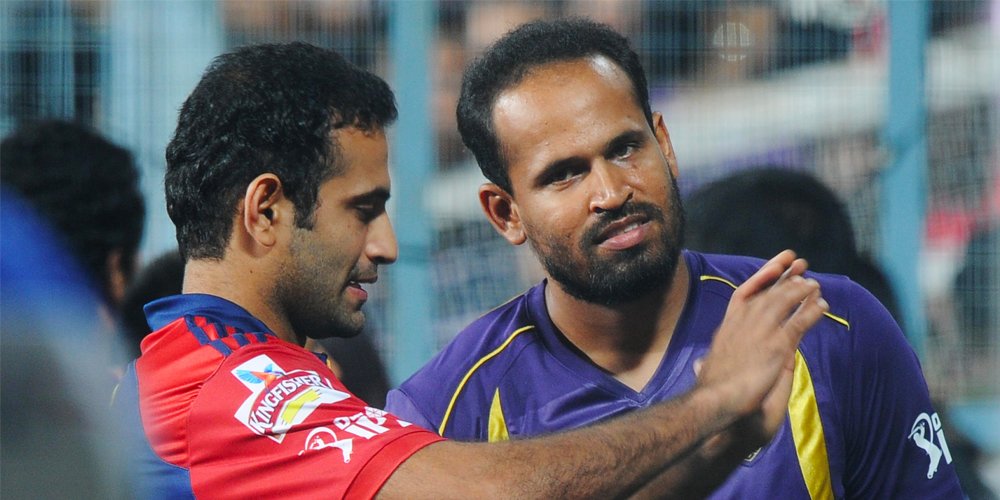 One of most recognizable sibling pair in Indian sports, Irfan and Yusuf were once the poster boys of cricket. Their rise from adversity to stardom is an inspirational story in its own right. The duo won the ICC T20 World Cup in 2007. While Irfan missed out on the 2011 World Cup squad, Yusuf was part of the world-conquering squad as an all-rounder.

Irfan Pathan began his career as an impressive bowler with impeccable swinging abilities that drew comparisons with Wasim Akram. He became the only Indian bowler to take a hat-trick in first over of a test (against Pakistan). His batting skills were impressive as well and he was touted as the next all-rounder after Kapil Dev. In the World T20 final, he emerged as the Man of the Match. Sadly, Irfan is yet to get a recall to the test side, having played his last Test 10 years ago.

Yusuf Pathan, the older brother, made his national debut in the final of the World T20 (2007). His success, however, has been limited to the IPL. He signed on for Rajasthan Royals in the inaugural edition of the tournament where he ended up with decent figures of 435 runs and 8 wickets with the ball. In 2010, he scored the fastest IPL century, in 37 balls.