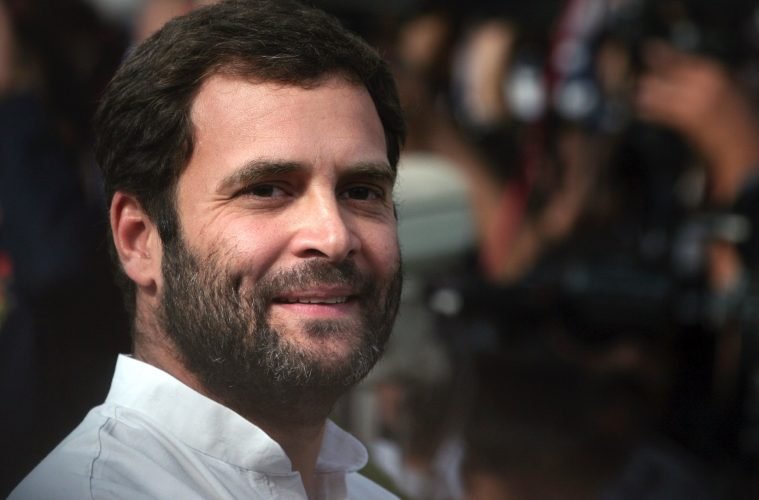 The INC senior leaders, party workers, patrons all of them may vouch for the “democracy” that persists within the party. But we all know Berkeley saw the Gandhi scion frivolously answering a question on dynastic politics. He said that this is how India runs. Sigh!

Well, this not the only instance. It is seen that every time Rahul Gandhi took a detour from his scripted speeches he ended up been a meme-meat for social-media. Or a debate topic for those raucous news channel debates which seem to be no less than a usual Big Boss episode.

Also, my sympathies for the INC spokespersons who have to defend Mr. Gandhi on these debates. To pretend that the statements of Mr. Gandhi hold water and thus are logical.

Let’s have a look at some of the instances:

1. When Rahul Gandhi was not considered a Hindu 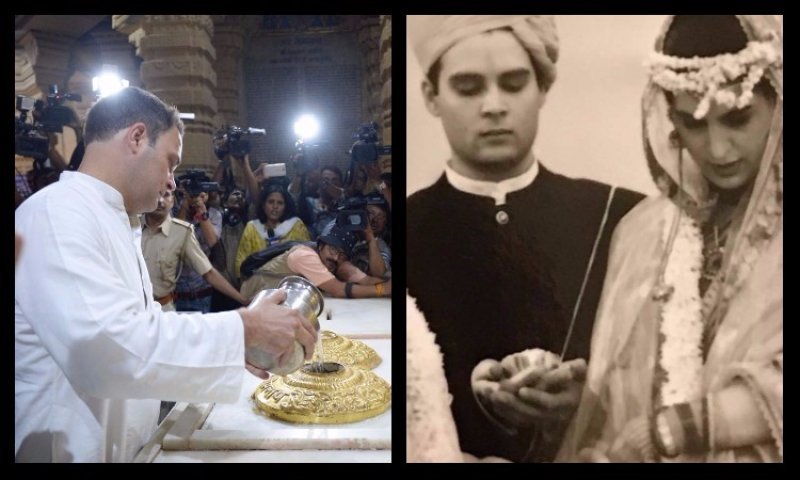 Recently, there surfaced allegations about Rahul Gandhi being a non-Hindu. This was because his name was on the non-Hindu register of the Somnath Mandir when he visited the temple in Gujarat. Clarifying the issue before the media, Congress’s communication in-charge Randeep Singh Surjewala said “Rahul Gandhi is not only a Hindu, but a Janeu-dhari Hindu (one who wears the sacred thread)”.

If that was not enough the INC also went on to release a picture of Rahul Gandhi wearing a white string over the his coat. with sister In this picture, he is seen with Priyanka Gandhi while allegedly performing some ritual. In the picture released it was clear as water that the string or the “sacred thread” was a product of photoshop. Even if that was not the case, a janeu is never worn over clothes. It should always be in close contact with the skin of the person wearing it. 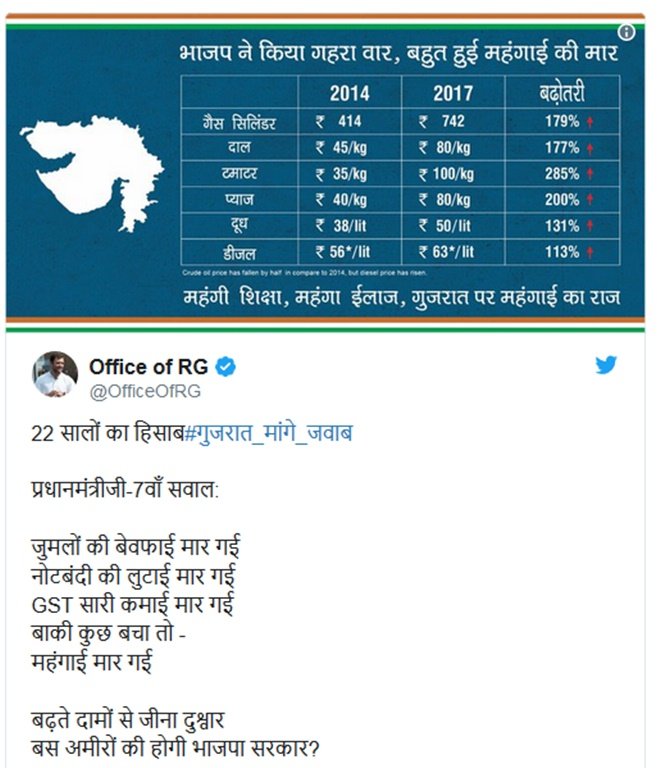 Recently, RaGa put up a series of questions for PM Modi through Twitter involving Gujarat’s development. He went on to quote various statistics.

For example, he said that that in 1995 the state of Gujarat had a loan amount of Rs. 9,183 cr and in 2017 it racked up to Rs. 2,41,000 cr. Which meant there was a loan of Rs. 37,000 on every Gujarati. While the credibility of this information is debatable he did not stop there. He quoted figures right from the electricity purchase to pointing loopholes in the housing scheme.

The twitter handle of RaGa is run by his office and the poetry-like tweets are also very-well scripted. Could we have the actual Rahul Gandhi on the dais please?

3. When Rahul Gandhi wanted to make gold out of potatoes 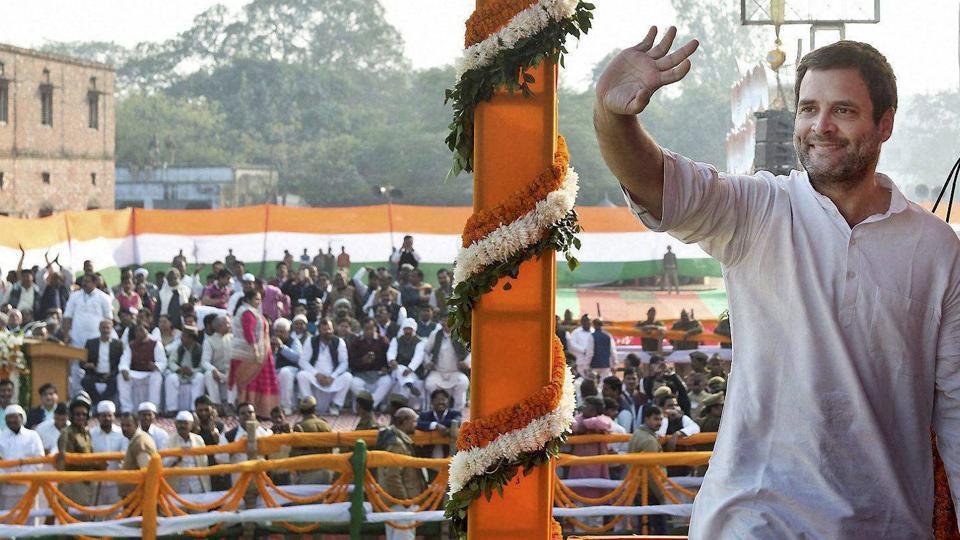 RaGa in his recent Gujarat rallies said in one of his speeches that there shall be a machine installed that would create gold if fed with potatoes. Social media wasted no time to encash the clip from RaGa’s speech. The speech was edited to include just the above mentioned statement. All said and done, it was clarified that it was just a part of the whole speech. RaGa was defended by saying that he was actually pulling a joke on PM Modi’s alleged comment that a machine would be made which will produce gold if fed with potatoes.

But when one gets in to the roots of the said quote one may find that in 2009 the famous french fries served at McDonald’s were actually made from potatoes cultivated in India and more specifically Gujarat. Hitherto, from the year 1996(when McDonald’s was launched in India) to 2008, all the french fries sold in India, came from potato shipped into India. It was so because McDonalds had strict parameters, which required a specific kind of potato. It was not easy to grow in India. But the Gujarati farmers decided to try and grow such variety and were successful.

Resultantly, as of 2017 Gujarat’s Banaskantha district was the highest potato producing district in India. It produces 17.10 lakh MT of potatoes, which is a whopping 9% of the total production of the country. So evidently, Gujarat’s potato farmers had already found the machine much before RaGa decided to joke about it. Hence this joke is primarily on RaGa himself.

4. When Rahul Gandhi endorsed the alleged dynasty-rule in India 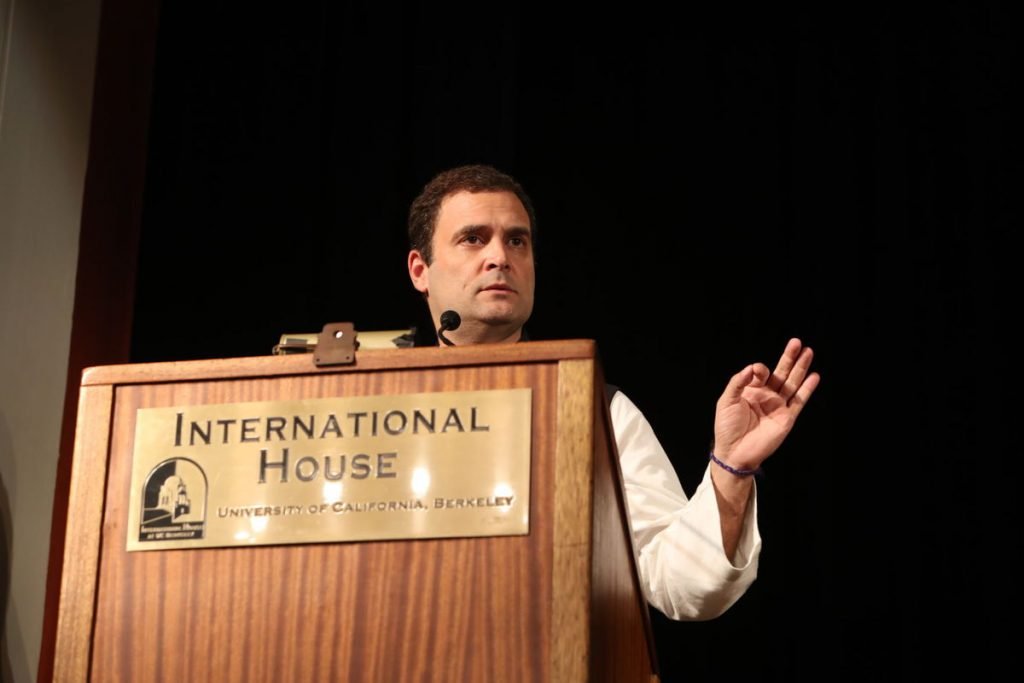 As mentioned before, RaGa’s address at Berkeley lead to a huge war of words between political parties. BJP spokesperson, Sambit Patra accused him of insulting and slamming his own country. The Congress leader were up in arms again. They said that RaGa spoke about India’s achievements since independence and that democracy has a space for dissent.

Such an ironical situation it was when a benefactor of a dynasty governed party was being defended on the ground of his statements being democratic in nature! 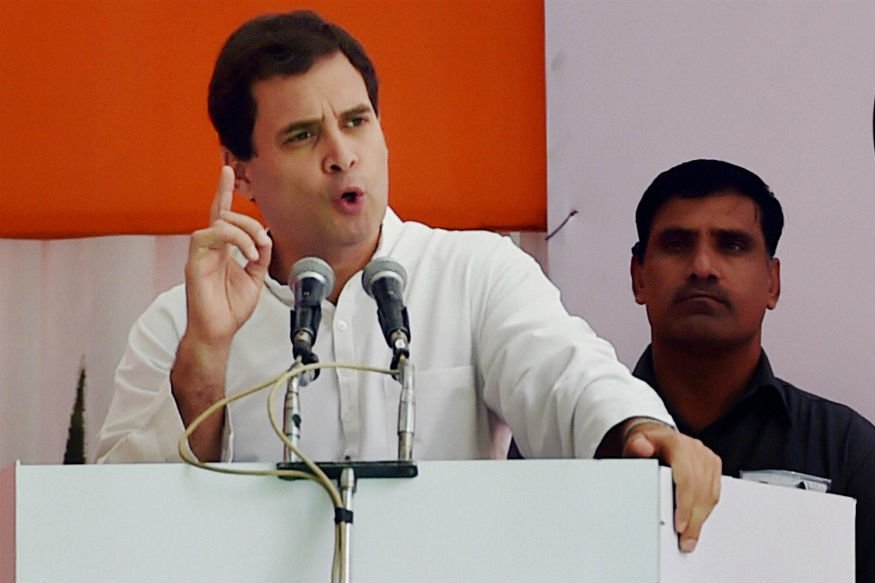 RaGa said that he fully supports the surgical strikes but he will not support using the Indian Army in political posters and propaganda all across the country. He also went on to assert that the PM was engaged in khoon ki dalali of our soldiers.

The congress leaders defended Rahul Baba by saying that one should not politicize the issue. They also defended Rahul Baba by saying that the PM had “cheaply” tried to claim himself to be a great hero, whereas the army has conducted similar strikes in the past as well. Whilst the Mumbai Congress chief Sanjay Nirupam called the surgical strike a fake stunt. 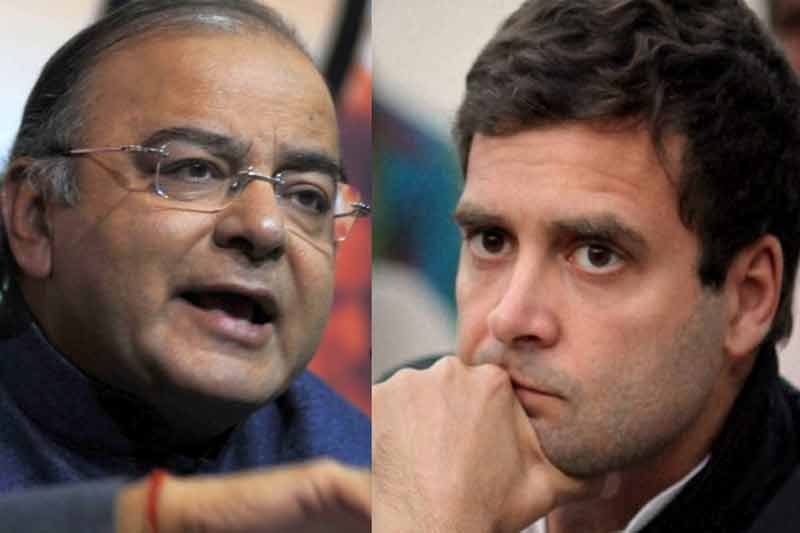 RaGa mocked the PM calling GST as Gabbar Singh Tax. Ironically, it was once highly supported by the INC when it was in power. RaGa’s remark was miles away from the listing the actual demerits and loopholes in the GST structure. It was was just an inconsequential remark.

P. Chidambaram, economist and senior INC leader defended RaGa’s statements saying that was is a Grand Stupid Thought to argue for a cap of the tax rate at 18%.

7. When Rahul Gandhi said that Congress is a funny party 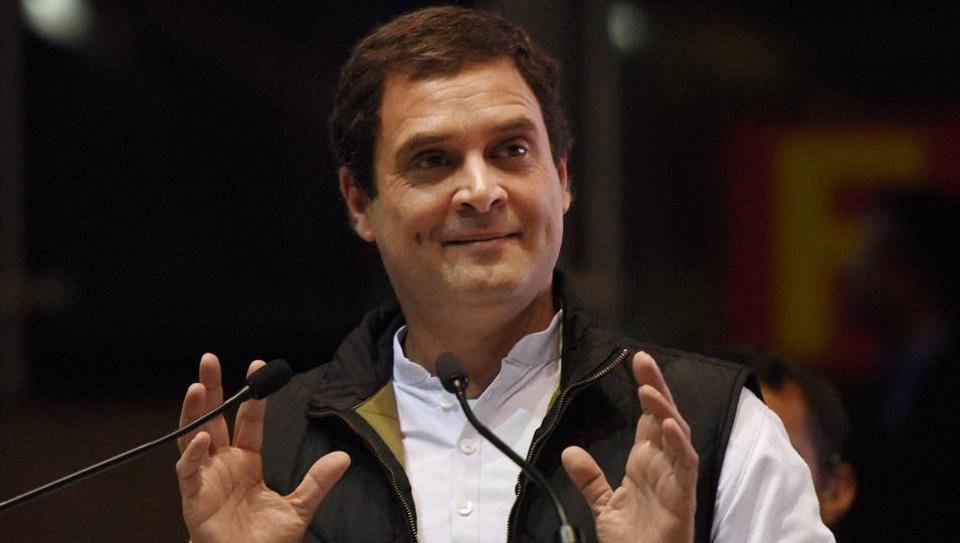 The time when RaGa was newly appointed as the vice-president of the INC he termed that his party is funny. He said that it functioned without any rules or regulations despite being the largest in the world. He went on to state that it had the DNA of pluralism. Rahul went on to add that INC did not believe in any caste or religion but went by the DNA of India. While this was a former comment by the party heir himself, in 2017 when the INC championed in the string of defeats right from Lok Sabha elections 2014 to the Uttar Pradesh debacle many INC leaders were frustrated of the RaGa style of leading the party.

The Uttar Pradesh Congress Committee general secretary Umesh Pandit made it clear that the INC lacks able leadership. The same has been proven time and again by the series of defeats. Moreover, by the way of BJP setting up governments in Goa and Manipur, despite Congress getting more numbers.

Rahul Gandhi’s propensity to have his foot in his mouth on a regular basis, precedes him where ever he goes.

The ensuing Gujarat elections has got Mr. Gandhi on a temple run during the campaign, eager to remove the party’s tag of being pro-minorities. In his campaign visits, he declared that he is a shiv bhakt and a practicing Hindu.

From targeting Center’s economic reforms by releasing memes on social media to politicizing personal beliefs, the INC is leaving no stone un-turned to transform its khota-sikka to a formidable leader for 2019 Lok Sabha elections.

Whether these efforts will bear any fruits or not is for time to tell but RaGa sadly but surely is going to be a topic of political discussions across the country because as they say some are born great, some achieve greatness!