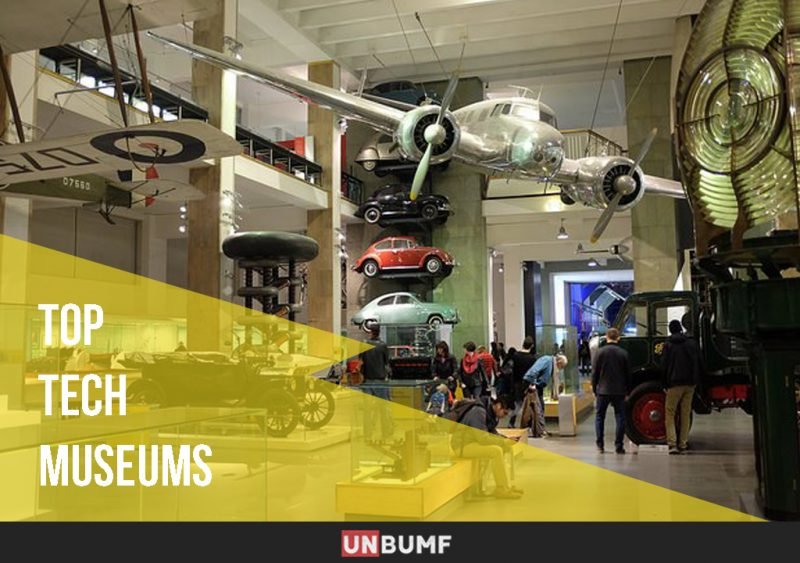 7 Most Mind Boggling Science Museums Around The World

Science museums are the best source of knowledge to quench the thirst of your curiosity about the world of technology and innovation. These museums captivate the tech-geeks by giving an insight of the most unimaginable and unexplored map of technology. Some of these museums have grabbed the top positions for exhibiting the best of technology. In fact, many countries are aggressively promoting these museum visits as a part of their tourism program to ignite the minds of the next generation of Einsteins and Edisons! Here’s a list of the top 7 Science and Technology museums from across the world: 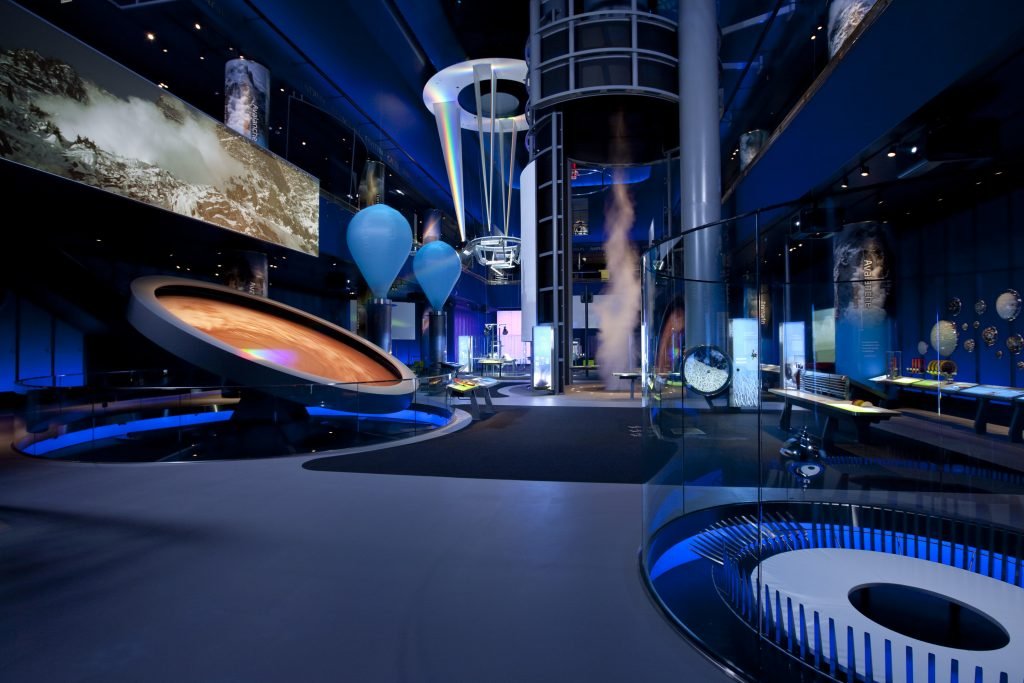 As its name suggests, Chicago’s Museum of Science + Industry dives into how the two come to interact with one another. Through the Omnimax Theater and its amazing permanent and temporary exhibitions, the institution provides plenty of lessons in science, technology and their intimate relationship suitable for both kids and adults.

For geeks of a certain proclivity, some of the highlights include the Pioneer Zephyr, an interactive coal mine diorama, farm technology, speculation on future inventions, the Henry Crown Space Center, a replica of the Wright Brothers’ airplane and plenty more. Be sure to stop by some of the Live Science Experiences as well, which delight participants with hands-on activities in physics, chemistry, medicine and many more disciplines. Definitely a must-stop for tech geeks of all shapes and sizes whenever a trip to Chicago ensues. 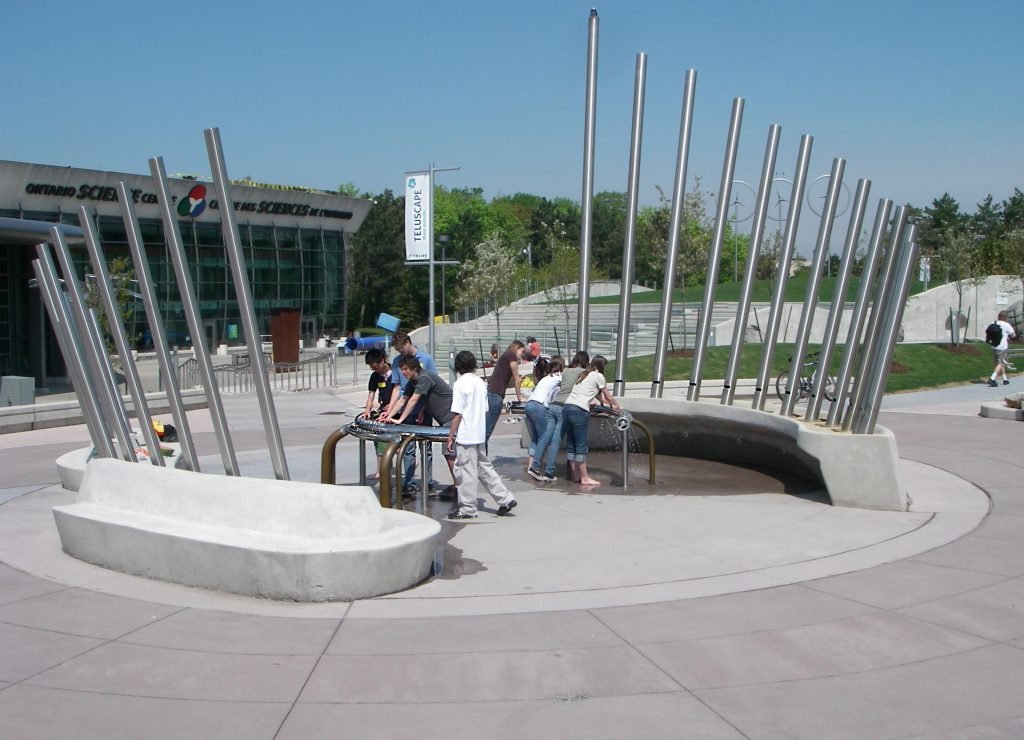 This Museum has been creating engaging and thought-provoking experiences in science and technology for over 45 years. This is one of the few museums in the world wherein all exhibits provide a live demonstration and conduct interactive sessions via a computer display.

Possessing the world’s largest Hydraulophone, this museum also has a kinetic structure named “Cloud” which functions fully through computers. Being one of the most visited places in Toronto, this museum is also noted for its’ live exhibits in the field of communication and music composition. Visitors can discover the wonders of the galaxy, home to a state-of-the-art planetarium. The AstraZeneca Human Edge exhibit hall is a great place to learn about the boundaries and thresholds of the human body. The Ontario Science Centre also features a real-life Rainforest, a Science Arcade and a KidSpark discovery area designed just for kids of eight and under! 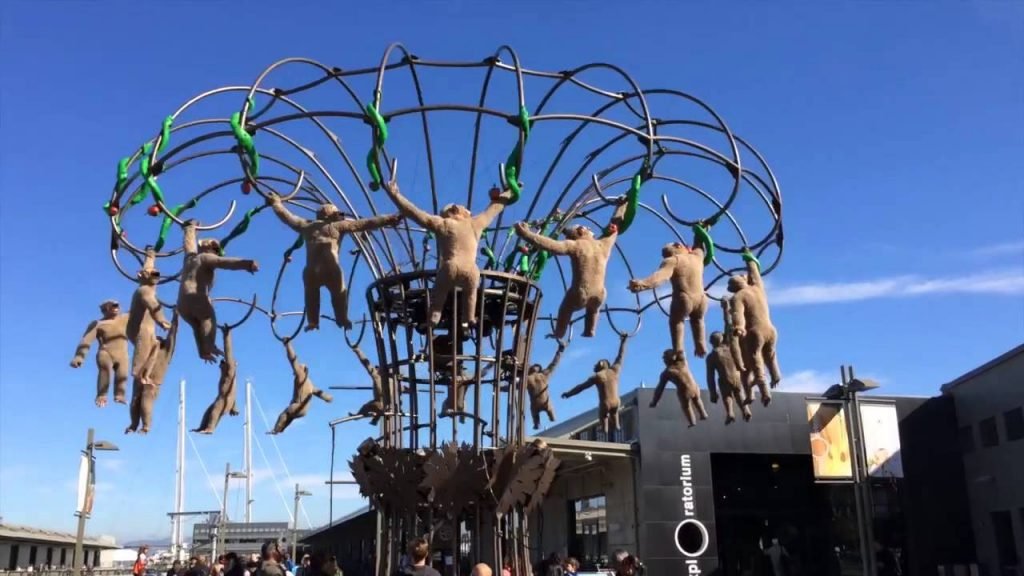 This fascinating science museum excels in engaging and educating the visitors. This so-called “scientific fun house” offers something different and unusual in every corner.

The Exploratorium spreads its focus on art, science, culture and — of course — technology. It makes for an amazing conduit towards discovering how they all fit together. Anyone who cannot find something relevant to their interests is either a teenager who thinks detachment comes off as SO VERY EDGY, YOU GUYS or a puppy kicker. For devotees of all things technological, their extensive offerings cover the aerospace industry and materials. Although fragments of engineering and innovation still filter into the lessons on culture, art, and the sciences as well.

The team who designed the Exploratorium has made it their mission to display the weirdest, most wonderful and most exciting aspects of science to captivate young minds. The main idea behind this museum is that it is possible to create young scientists by letting them see just how exciting the world of science can be. 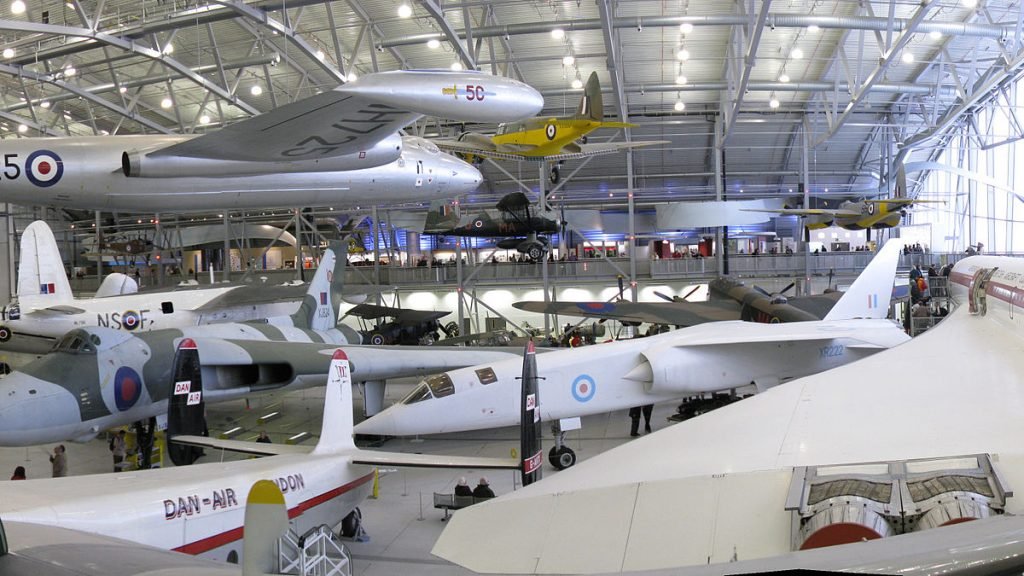 Beyond the scientific and technological, visitors gain valuable insight into the political, social, historical and economic factors of humanity’s major battles. Providing war geeks with a wonderfully diverse selection of lessons, granting them a broader perspective on their passion. Imperial War Museum also extends to 3 satellite locations in Belfast, Duxford, and Manchester. Finally, it provides tours and lectures at the Churchill War Rooms, also in London. 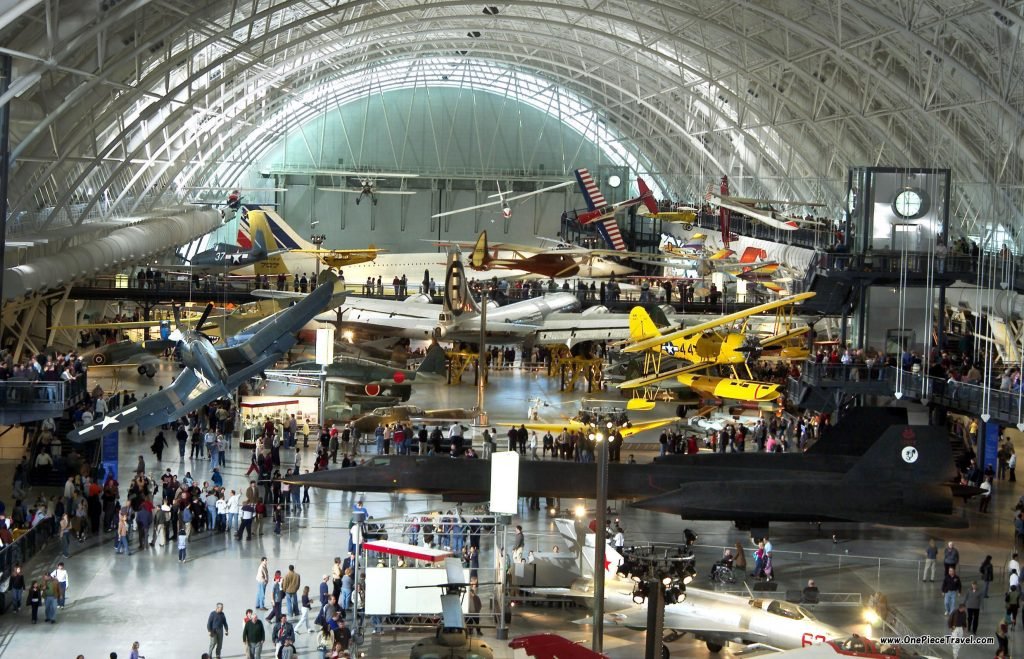 The National Air and Space Museum in Washington is part of the Smithsonian Institution. It is the world’s best aviation and human flight history museum. This museum will take you on a journey from the earliest attempts at human flight. Exploring the fascinating era of the beginning of space exploration with the first man in space and the moon landing.

All the way to modern space exploration and the International Space Station, you will also witness a display of objects that were actually in space. For the unapologetic aerospace fan, the venerable Smithsonian offers up Washington, D.C. locations chock-a-block with all sorts of technological goodies. They put exhaustive work into researching and restoring relics from the very first whispers of flight to today’s space shuttles, once considered the exclusive domain of science fiction. It is a truly wonderful place for anyone who is interested in aviation and space. 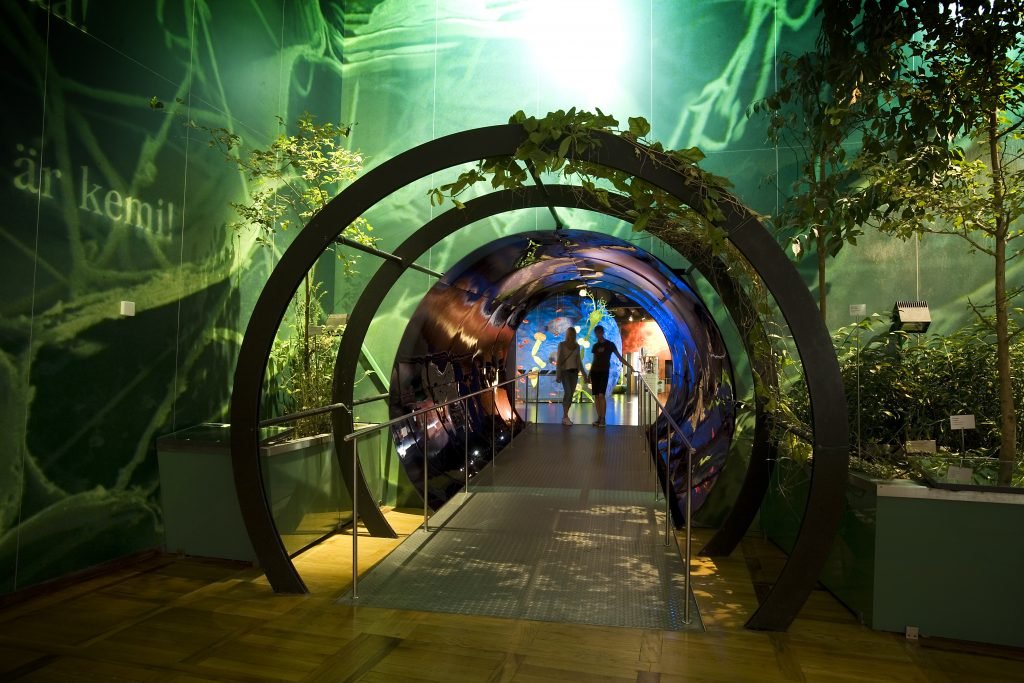 One of the highlights of the museum is a reconstruction of the Cave of Altamira in Spain. Some of the world’s oldest cave paintings were discovered there. Sailing ships, models of atoms, windmills, space probes, diesel locomotives, industrial robots, organs, lifeboats,…this unbelievable abundance of technical achievement – and lots more – can be found in the Deutsches Museum. 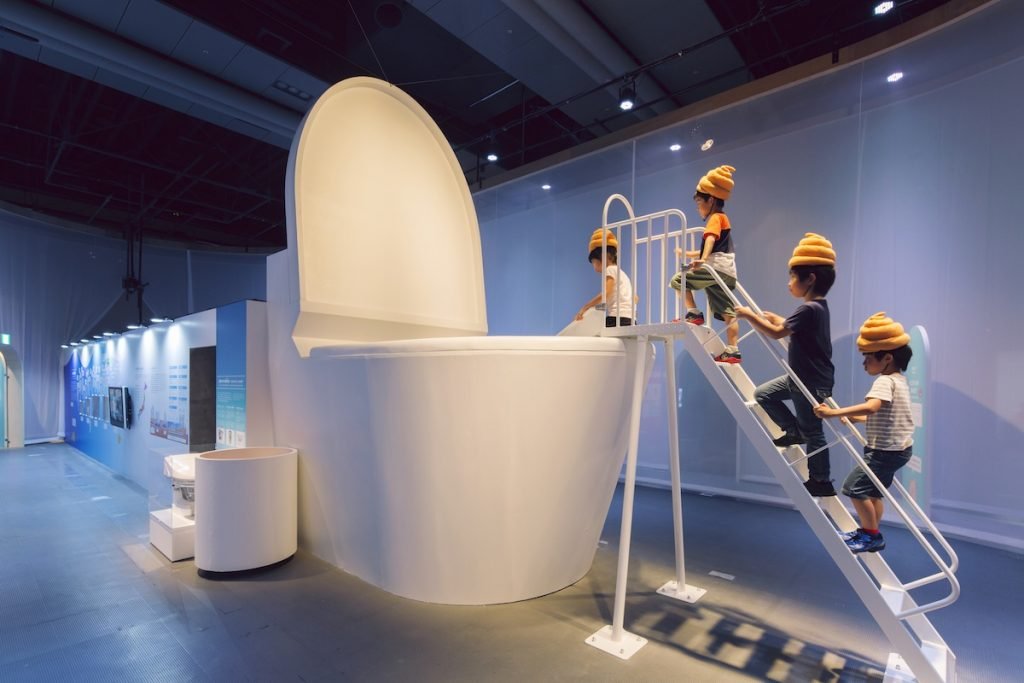 Finally, Miraikin and also known as the National Museum of Emerging Science and Innovation. This institution encourages visitors to look at the past and present in order to coalesce a vision of a possible future.

Permanent exhibits revolve around the earth and life sciences and developing and information technologies. All of them, of course, stressing the engineering and innovation involved with them. Numerous special events featuring speakers and guests from all over the world always spot the schedule. The Dome Theater plays a nice selection of documentaries and other nonfiction.In addition, informative films highlighting various scientific topics is also played. Anime-style presentations on what today’s technologies may mean for the future played frequently. Hence stealing the show!

In conclusion, these are the topmost museums which will take you on an incredible journey of science & Technology. A visit to a museum can inspire great scholastic achievement even in the non-motivated student. The above-mentioned museums will make every moment spent here worth!

So, keep exploring and discover the unexplored areas of the mysterious fields of Science and Technology!