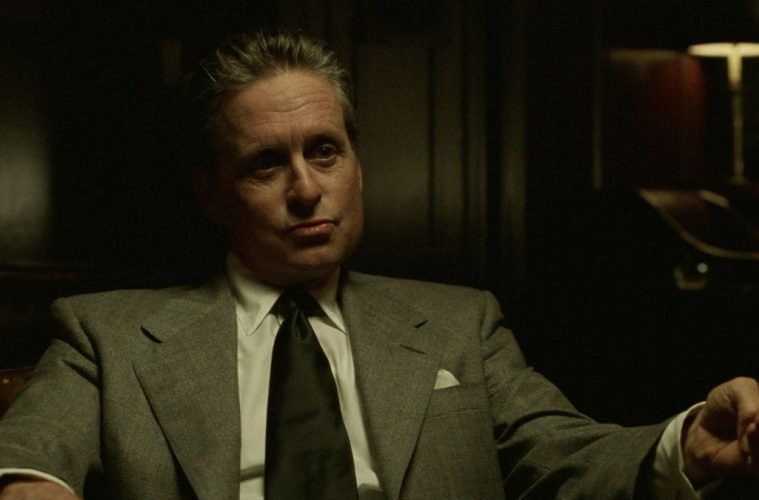 7 Movies With The Best Plot Twists

You are driving down the road with your friend in the car, the playlist jacked up with your favorite songs. The street lights are working on alternate poles but you barely notice that. Your talking and singing, shifting gears and sticking your hand out the window in the form of a wave. Life is amazing. Suddenly the car rattles and you hear a loud scream.

Or was it a squeal ? Did you hit someone, was it a dog who barely escaped with his life ?

You get out and start looking with a chill up your spine. Your friend is scared out of his brains. He does not even come out and keeps screaming to get out of there. You get into the car with bated breath and drive away. Where did the scream come from? You wonder about it on your way home, at breakfast next day. You just do not know. Its kind of irritatingly exciting to not know. Maybe you could write a movie on this and ask Mr Nolan to direct it. Oh you could be famous.

Well, until you write your script and get Mr.Nolan to agree, lets talk about the plot twists that movies usually have to offer. They keep you on the edge of your seat, do not allow you to concentrate on the popcorn tub you bought or the cold drink that is now becoming ice water. Movies that have a plot twist at the end are actually rare. Because with some goof up or another, most directors give away the element of surprise. There are however some really good films that can make your mind wonder, what if ?

So here is a list of 7 movies with the best plot twists (These are just from a long list of twisty plots and its difficult to choose, but I tried hard to come up with the best ones).

The movie came out in 1997 and one has to say, that it was way ahead of its time. The concept of the movie is so unique, that you will definitely have never come across something like this in your entire movie watching journey.

Micheal Douglas is a wealthy banker who has no time for family or anything else. He lives alone and maintains contact with no one. One day his estranged brother meets him and offers him a card saying that this firm and their services could change his life. What follows is a series of events that has the banker running for his life, constantly watching his back, meeting strange people and completely lost at what to believe is real or fake.

Sean Penn stars as Micheal’s brother and James Rebhorn as the owner of the firm that organises the game. I wont elaborate any further with the risk of giving away some key points of the movie.  So just watch it already.

Issuing a fair warning: The idea is very, very unique. This could very well happen in real life.

Directed by Nishikant Kamat, this movie came out in 2015. By its title and trailer launch, it amassed much interest among viewers from the start. The plot revolves around the struggle of a simple man (Ajay Devgan) who tries to protect his family from being framed in the murder of a teenage boy. The victim in this case, the teenage boy who dies had misbehaved with the daughter of Mr. Devgan.

Tabu plays the role of the inspector general of police of Goa where the tragedy unfolds. As luck would have it, the dead teenage boy is her son. The battle between two sides is portrayed in a very lucid way. A mother who has lost her son and is also at the head of the investigation. A father who will go to any length to protect his family. The movie doesnt give away anything at all, right until the very end.

Watch Drishyam if you havent already. Its a movie that will send a chill down your spine and make you feel love, emotions and hatred all at the same time. 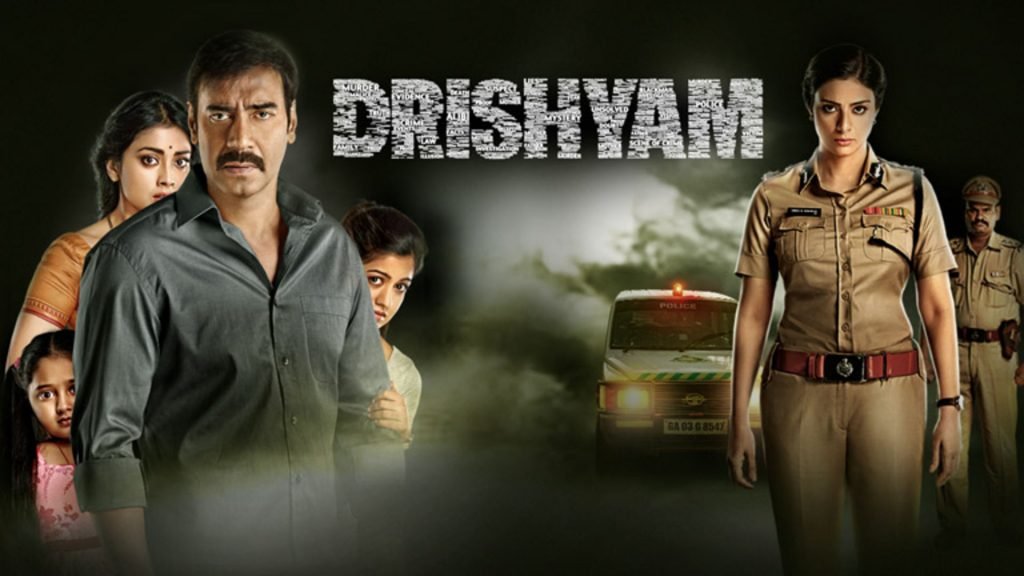 This movie was directed by David Fincher in 1999. Its stars Edward Norton, Brad Pitt and Helena Carter in main roles. The movie is basically about Edward Norton who is a salesman, unsatisfied with his job and life in general. He tries to find solace in support groups and resolves to cure his insomnia by meeting people who are already seeking friends.

His life takes a turn when he meets Brad Pitt and they pick a fight which seemed to give our salesman the adrenaline he needed. The two characters establish a fight club where they allow men to fight each other recreationally. The movie just picks up pace after every incident and just when you thought there would be a predictable ending, it takes a quick detour. The characters are well portrayed and the twist in this movie will force you to think about your own personality as well. Word of advice, do not analyze yourself much after watching this movie.

Here is another classic movie by David Fincher which came out in 2007. Its based on a real life criminal story which happened in between 1960 and 1970. A serial killer named The Zodiac murdered and attacked people and tormented the detectives/journalists by sending them blood stained clothing and letters. In the movie, Jake Gyllenhaal plays the cartoonist who wants to be a detective but is sidelined and advised to take his job seriously. Mark Ruffalo plays the wilful detective who wont take no for an answer and keeps pursuing all leads to find the Zodiac.

In a surprising small, yet powerful role is Robert Downey Jr. who portrays the role of the crime reporter who later turns into a drunkard. The movie is packed with surprises and will keep you guessing at all times. There is a scene at the end of the movie, when you want the bad guy to be caught. You will feel its the end of the movie, but its not. Thats when you will realise the goosebumps you are having.

This Zodiac killer was never caught in real life, which makes it one of the most famous unsolved crimes in history. 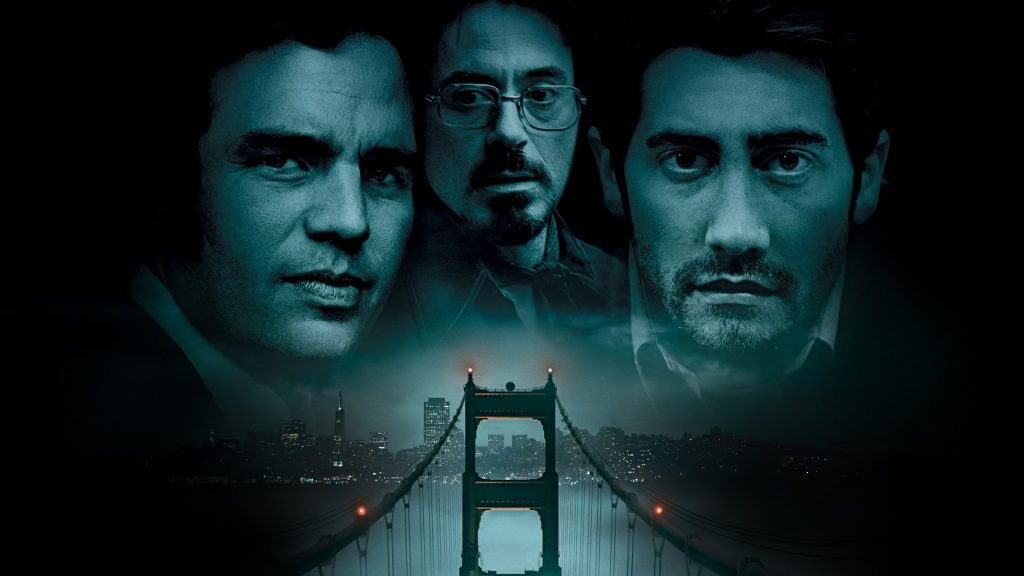 The popular understanding is that Indian movies are full of romance and mostly involve the lead pair dancing around a tree singing songs. So here we start off the list by breaking that belief. This movie came out in 2007 and was directed by Navdeep Singh. The movie stars Abhay Deol, Gul Panag and Raima Sen in major roles. Surprisingly the negative character in this movie is played by Kulbhushan Kharbanda who is quite convincing as the bad guy.

The plot basically revolves around Abhay Deol who is a one time wonder writer of a novel and is now living a less satisfied, non glorious life. His life changes when he is approached by a woman to play a detective and spy on her husband who is supposedly having an affair. A string of events then leads to a murder and some hostile advances towards our hero, forcing him to dig deeper into the whole matter. Vinay Pathak also stars as the care free police inspector who makes the otherwise intense film a bit lighter.

Watch this one if not already done. It will keep you on the edge till the very end of the movie.

Actors turned directors are not expected to make an amazing movie at the first attempt. But Ben Affleck can usually turn things around. This movie came to life in 2007 with Ben Affleck directing and Casey Affleck as the detective from the block. The case revolves around a missing child whose mother hires Casey to look into the matter.

Casey turns his world and mind upside down to find clues and any possible linkage as to how the child had disappeared. He is accompanied by Michelle Monaghan who is Casey’s partner in solving the crime. The mother of the missing child, enacted by Amy Ryan makes a powerful plea about her missing child. The movie also stars Morgan Freeman in as a Captain for the police forces that is heading the investigation.

The movie shows a peculiar synergy between private detectives, police forces and the criminals of drug trade. If you look closely, you will be able to predict the ending.

Only at the end of the movie, you will realise that your prediction is entirely wrong and that the writer had you fooled for quite a bit. 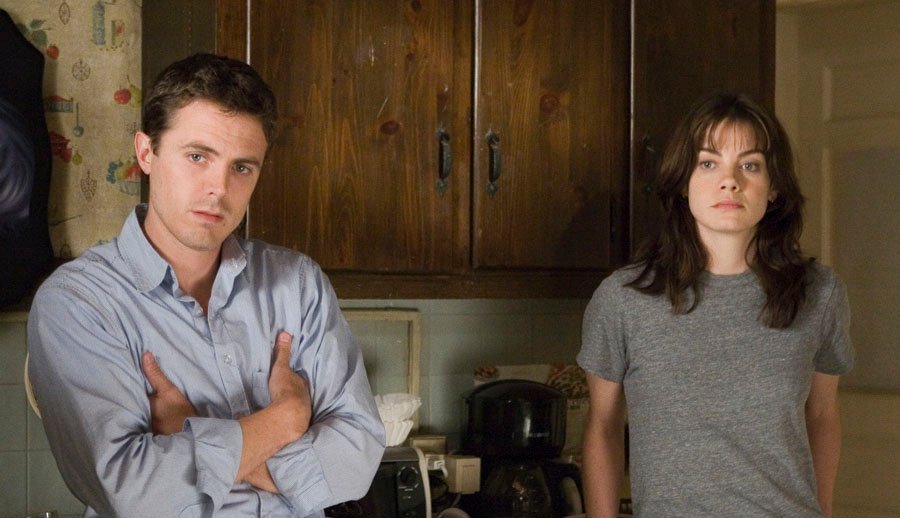 At a time when Bollywood churned out masala movies and love stories to entertain the masses, Rajiv Rai as the director decided to give the audience something totally new. Gupt was a suspense movie unlike the movies released at that time. A murder mystery that have a love triangle. Bobby Deol, Kajol and Manisha Koirala are in a messy love triangle with the families involved too. A murder with no witnesses, a wrongful conviction and some songs later, Bobby Deol is in jail.

He hatches a plan to escape from jail and avenge his wrongful conviction and the death of someone who was close to him. Unknown to him and most others involved in the circle, the killer is someone they already know. The movie is a good watch because of its storyline and stellar performances by most of the actors. The title track is worth listening to even today and although it might seem corny at first, it is kind of catchy. Do watch this movie for a twist that Bollywood welcomed with open arms.

This list is just an attempt at keeping the seven best movies that i have watched into consideration. There are a lot of movies, each attempting their best to keep the audience guessing.

With Netflix and chill gaining momentum, i am sure we will keep adding to the list and keep munching on that pop corn.