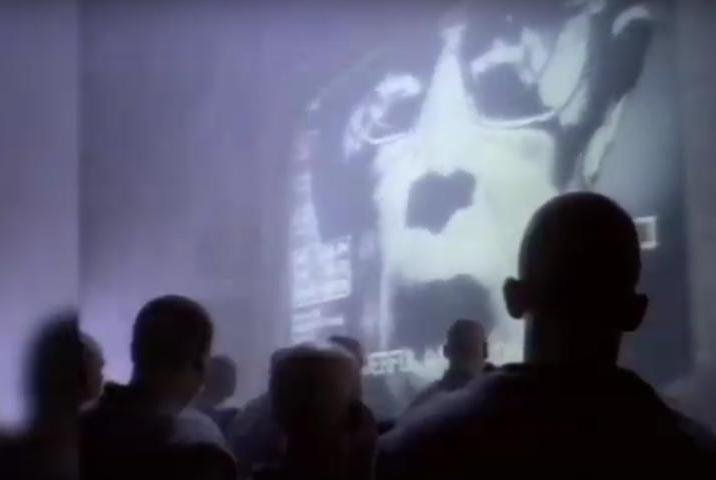 7 Of The Best Advertisements Of All Times

As they say, marketing is summed up in the famous 4-P’s – Product, Price, Place and last, but certainly not the least – Promotion. There may be a great product designed for the right people, with a correct price tag, selling at the correct place but all those right things about that ‘great’ product still do not make it a successful product if the promotion is not right.

If it seems incorrect to you, keep in mind the fact that the first newspaper advertisement that was published in a newspaper was in the year 1704. While the word ‘marketing’ found its place in the dictionary in the year 1897. The time when people started thinking of laying emphasis on the important things involved in marketing like – knowing the customer well, designing affordable solutions, finding the right target market – advertisement had its importance known two centuries prior to that.

A good advertisement is many things- catchy, relatable, creative but not confusing, conveys the idea well and something that stays in mind for a reasonably good amount of time.

Disclaimer: Our idea of good ads is not the same as that of the ad makers of popular deodorants ad markers’, with a bunch of hot babes coming crawling at an average looking guy because “logic who?”!

There have been really bad examples which eventually proved to be catastrophic for some products and the companies behind those products. There have also been those which made people stop changing their channels just to watch the ads till the end. Some of these were talked about for long after the time they were first aired on TV or published in the newspaper. We are talking about such ads.

Here are some of the best ads ever made.

Starting with the unofficial title holder for ‘The greatest ad ever’, Apple. This ad has many wards, aired in the year 1984 for Apple Macintosh. The only day time airing was on 22nd January 1984, as the product was to be launched two days later on 24th of the same month. So it was not a proper ad per say, in the usual sense we think of the word advertisement. It was more like an announcement for people to be ready for the product and also a message, that – “On January 24, Apple computer will introduce Macintosh.

And you will see why 1984 won’t be like ‘1984’. The ad was crisp AF, something different from usual advertisements at that time, to be honest even in the present time. The ad had a hint that the monotony is about to be challenged, innovation is going to see the light of the day with this product’s launch, heck, it seemed like as if a revolution was about to start with this out of the world gadget. May not even be an exaggeration to apple lovers.

When people are asked to be creative they usually add elements to their story to make it come across as something different, but sometimes less is more. Out of all the things that you can probably think as constraints for the promotion a car by a company like Audi, that too for a supercar Audi R8, budget would be the last one on the list. Well, Germans did their bit by making one beautiful beast and the marketing geniuses from Ogilvy and Mather, South Africa did theirs.

To flaunt the superb idea or otherwise, it was told that budget was a constraint in the promotion for the R8. The car’s best feature was that it could go from 0 to 100 kmph in just 3.5 seconds. The time that YouTube takes to allow you to skip the ad? 5 seconds. Their job was done. When the car was launched online, it started with a speedometer and sound of this car (which is actually like harps and violins from the heaven to the automobile lovers.). And as simple as it can get, 3.5 seconds pass and the car shows its mettle. However, it does not stop there, the ad also says now you can skip the ad.

Fun fact: The part of an ad before the “skip ad” button appears, is free of cost. So basically the online launch for Audi R8 was not very expensive.

An ad that highlights the practicality and the sense of a product so well that it makes Lamborghini look like ‘…Meh’.

It is a direct face-off between the two cars on a race track, mind the location here, a race track. Two cars, one out of which is, one of the most desired, expensive and good looking supercars, and the other is a four-door sedan. The ad compares all the things that Kia can do better than Lamborghini. It talks about seating, space, comfort, touchscreen controls and other useless things like… speed. It does agree that the Lambo is a little faster, but ends on a note. More like you could buy a Kia Forte and a villa in Italy, or a Lambo. By the end of the ad, you find Lambo a little, a little avien (useless) sort of a car, which means the ad has done its job.

Before we get into the ad content, I would like to mention how peaceful the music in this ad is. It is almost like it for the soul. Now the ad, Volvo is a company known for making the world’s safest vehicles. The smoothness of a truck could not have been shown better than this ad.

If you are an Ajay Devgn fan, you would love it even more. In starting there is this handsome, muscular looking guy with a stern expression on his face Mr. JCVD. As the camera pans out you spot two giant trucks, globetrotters on both sides with Mr. JCVD doing an ‘epic split’ on both the trucks with his muscular legs spread wide and feet resting on both the trucks, and mind you, the trucks are going in the reverse direction. Baith jaiye, baith jaiye, kafi awesomeness ho gyi ek dum se, I know, but that’s how legendary shit happens.

If this ad was made in India, there’d have been many idiots trying to imitate this and get injured or even die, cz if Shaktimaan can, I can do it too. “Shaktiimaaaan”….jumps, dies, opens his eyes straight in hell for dying because of stupidity.

Like a bra holds the responsibility of holding a pair well in place, so does a man’s underwear. Neither of the sexes would want this job to be given to something which cannot handle it well. Jockey understood our priorities and how closely do we guard our pairs.

The ad opens with a pair of tennis balls stuck in the net, then two billiard’s ball stuck in the net again, then a pair of oranges in back of a pick-up truck, awkwardly positioned basketballs around the net and a lot of many pairs in weird states like one member falls off, or goes haywire…already feels uncomfortable, right?

Then the screen says, ‘You only got one pair, treat them well.’ Jockey. Viola! Suddenly you acknowledge how important your jockey is for you, I love jockey. And this I remember one video that you should see if you have not – Hanes Bra, by Rahul Subrimanian. Lets you wear anything. Anything? Anything. Lmfao.

There is a lot that is dependent on using the right products. Take the example of exterior paints. Nerolac played well on this aspect of their product offering.

A postman delivers the mails for Dr. Ghanshyam and his neighbor Ramcharan ‘Ji’ both. But there is a wide gap between the way he does it for these two people. For Ramcharan it is “Namasate Ramcharan Ji, your letter.” And for our poor friend, it is just, “Ae Ghanshu!” Pissed off with the disrespect, Dr. Ghanshayam polishes his nameplate with all those heavy degrees like MBBS and what not, hence the name Dr. Ghanshyam Das. But alas! things do not change.

Then, our poor friend Ghanshu uses paint and woah! a troupe of postmen shows up parading to deliver the letter, calling him ‘Dr. Ghanshyam’. Respect ++ , Mission accomplished.

There will always have to be different ads for different kinds of products and services.

In case of services like life insurance, when a close one passes away, the dependants are made to run from one counter to another for months to get the insurance amount. Bharti Axa showed this plight of an old lady just right where she surrenders in front of an officer who is not even willing to listen to her even after she had made a number of visits to the office.

The insurance office changes to a slick looking place from a dull one and the new express services are showcased with a topping of personal relation forming approach of the lady officer who helps the old lady in getting her the amount and also says that she can visit her for tea anytime. From Aaarrghhh to Awwww in a snap.