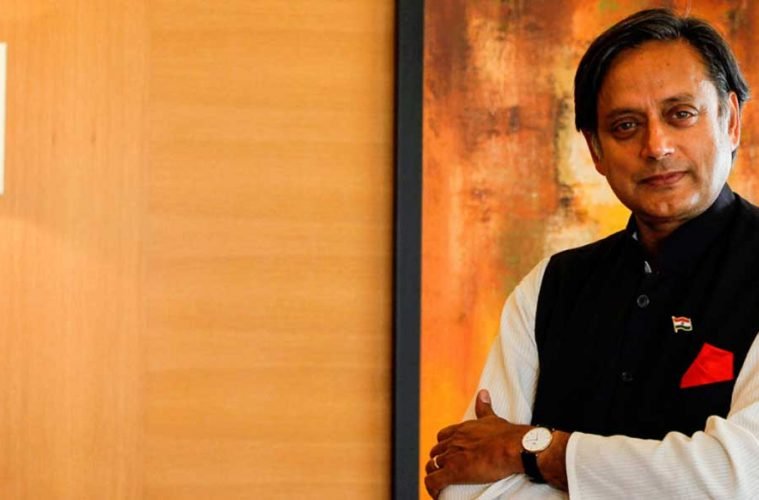 Exhibiting the ideological clashes between various parties, the largest democracy in the world hardly ever comes out of election mode. Principles and ideologies have often been the bone of contention inside the political parties as well. There are instances when politicians and their political parties are at odds leading to inter-party political discord. Here is a list of seven politicians with a political image that does not fit in with their party ideologies: 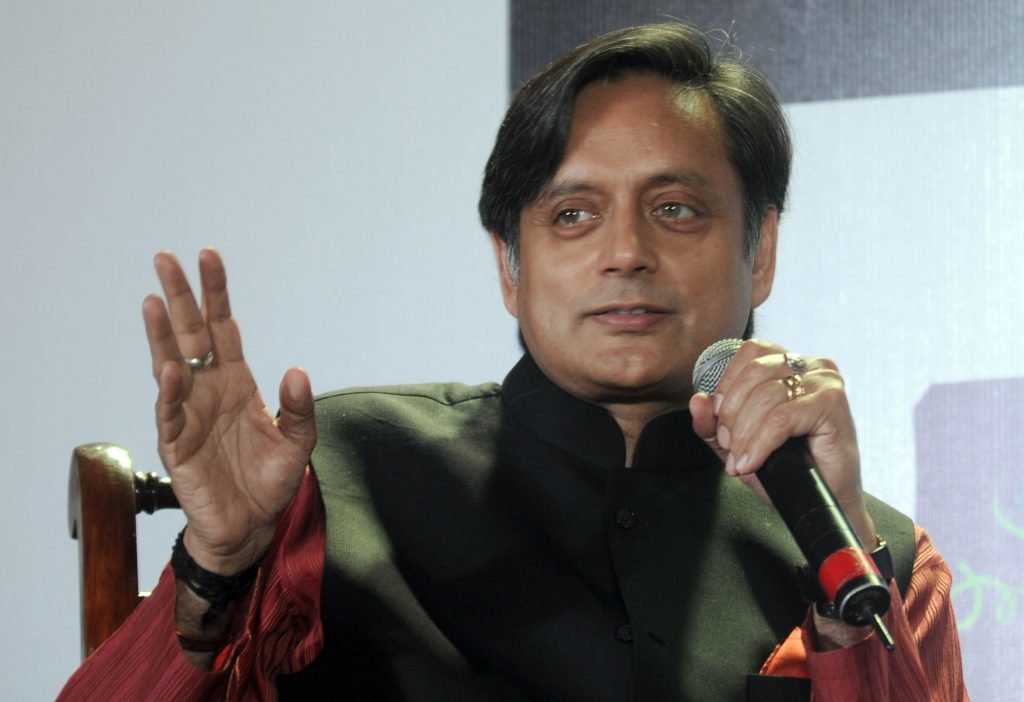 Before entering politics, Shashi Tharoor was a famous UN diplomat and an eminent writer. He was well-known for his columns and the famous satirical bestseller ‘The Great Indian Novel’. His tryst with controversy began when he entered the gloomy world of Indian Politics. He is one of those rare Congressmen who entered politics without a politician father or a political ‘godfather’. Nevertheless, he managed to wrest a seat from of the opposition Communist Party of India with a substantial margin of 100,000 votes in 2009 General Elections in Thiruvananthapuram, Kerala. He has been vocal about various issues and has remained in the headlines for his polemical statements that often make waves in the country and inside the Congress Party.

But his biggest rift between the Congress Party  happened as a result of one of his statement calling the foreign policy of Mahatma Gandhi and Jawaharlal Nehru “more like a moralistic running commentary.” Both of them are the Godlike figures for the Congress Party whom nobody dares to impugn. The Congress Party was furious and even the tweets asked to remove.

Despite his unwavering popularity amongst the Indian youth, he has often been criticized and labelled as an ‘elite outsider’.

Reports of a rift between him and the Congress top leadership have been in the headlines for some time. Prime Minister Narendra Modi’s admiration in response to Tharoor’s speech at Oxford University against the British Rule in India added fuel to the rumours of him becoming close to Bharatiya Janta Party. 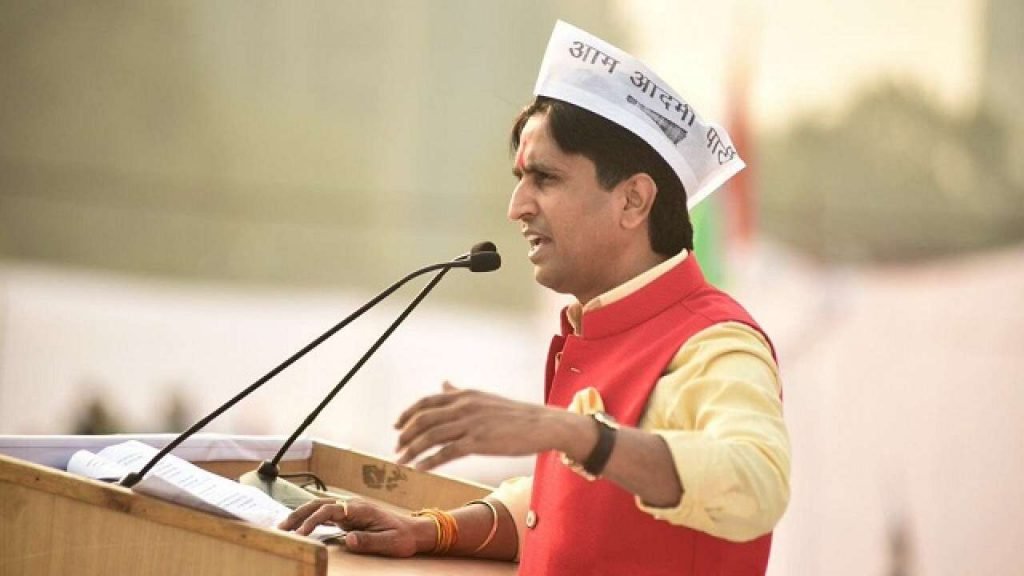 The poet-turned-politician, Kumar Vishwas is the only politician in the Aam Aadmi Party who can make pro-Modi statements, criticize his own party actions and can go against the will of AAP-supremo Arvind Kejriwal. He is famous across the country for his astounding poetry and exceptional speaking skills. His command over Hindi language and involvement in promoting Indian language and culture gives him a nationalist image.

AAP was established as a result of a revolution, based on the core ideology of anti-corruption and Kumar Vishwas has been a member of the National Executive of AAP since its very beginning. However, looking at the current scenario, there are clear ideological differences between the Party and Kumar Vishwas. Now that the discord is discernible, Kumar Vishwas has attacked Arvind Kejriwal, accusing the Delhi Chief Minister of ignoring him and ‘punishing him for speaking the truth’.

Kumar Vishwas, who has always been beside Kejriwal while forming the party, dealing with party affairs and contesting elections has now spoken up against the hostile nature of the party. The ideological collision between the two may lead to Vishwas leaving the party and joining BJP or Yogendra Yadav’s Swaraj Abhiyaan. Considering his large youth following, he is one important USP of AAP that Kejriwal would not want to leave out. 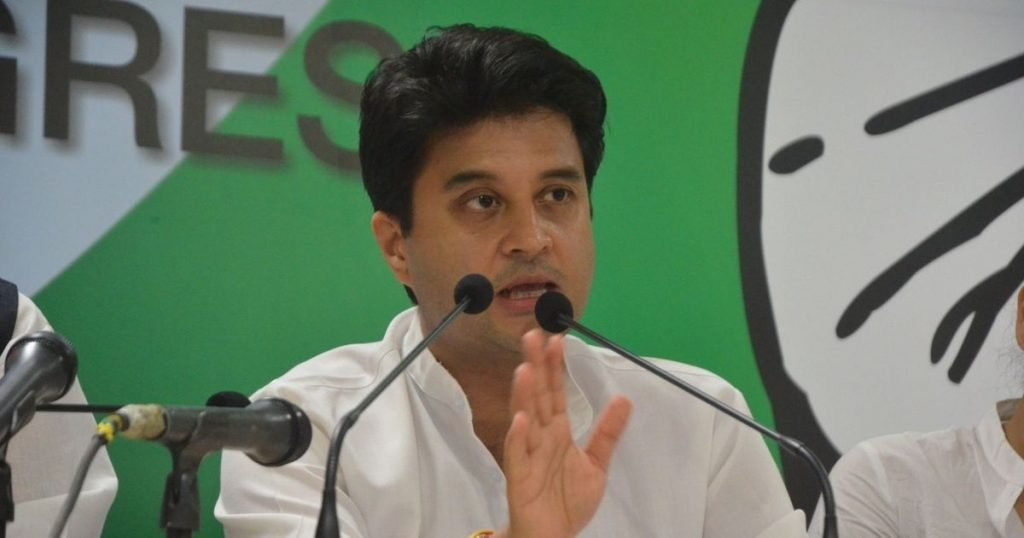 The 46-year-old Congress MP, Jyotiraditya Scindia belongs to the Royal family of Gwalior. In his political career, he has never faced defeat and has managed to maintain a clean image. That’s quite unusual for a leader of the Congress Party. He is one of the most qualified politicians. He has done some significant work in his constituency and is popular among his people especially youth. Like many other Indian Politicians, he too is a product of dynasty politics. However, his popularity is an outcome of his frequent public appearances and interactive sessions.

Reports of a brief rift between Jyotiraditya Scindia and his fellow party leader Shashi Tharoor over Shashi Tharoor’s criticism of “so-called valourous Maharaj”, since Scindia himself comes from a Rajput Royal family. Neither does he rely on politics of appeasement and polarization nor does he encourage the mixing of religion and politics, like the two major national parties of India. He has a definite vote base, money and popularity and also a youth icon tag. 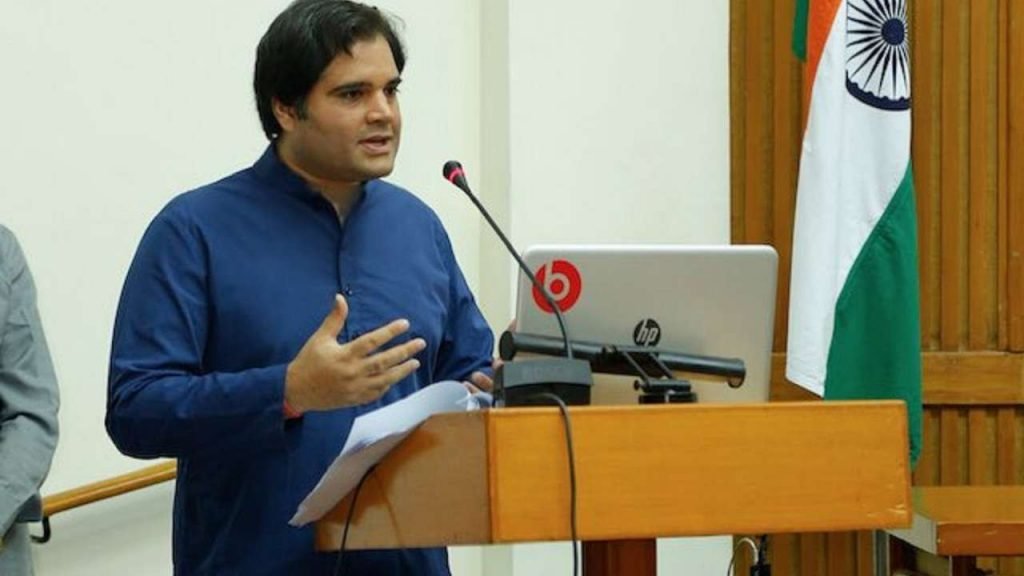 The young Gandhi of BJP has been in headlines mostly for the wrong reasons. He was accused of making inflammatory comments against a particular community during his 2009 election campaign. Although he won his seat from Pilibhit, Uttar Pradesh on a high note, it left a mark of communal politics over the image of the Party. Varun was the youngest-ever national secretary between 2008 and 2011. He also became the General Secretary of BJP in 2011-2015 and was in-charge of BJP’s affairs in West Bengal.

Presently in the Modi-Shah dominated BJP, the situation is different and much like Nitin Gadkari or L.K Advani, he also has to fight for space in the party. Varun, who represents Sultanpur in the Lok Sabha, is apparently not getting any opportunities in the BJP. During the UP elections, he refused to contest against Rahul Gandhi from Amethi or even campaign for the BJP. Speaking at an event, he also alleged his party of failing to address the development of minorities. Apart from this, his consistent controversial remarks, be it over the Rohingya or Rohit Vermula are evident of the increasing ideological differences between Varun Gandhi and BJP. 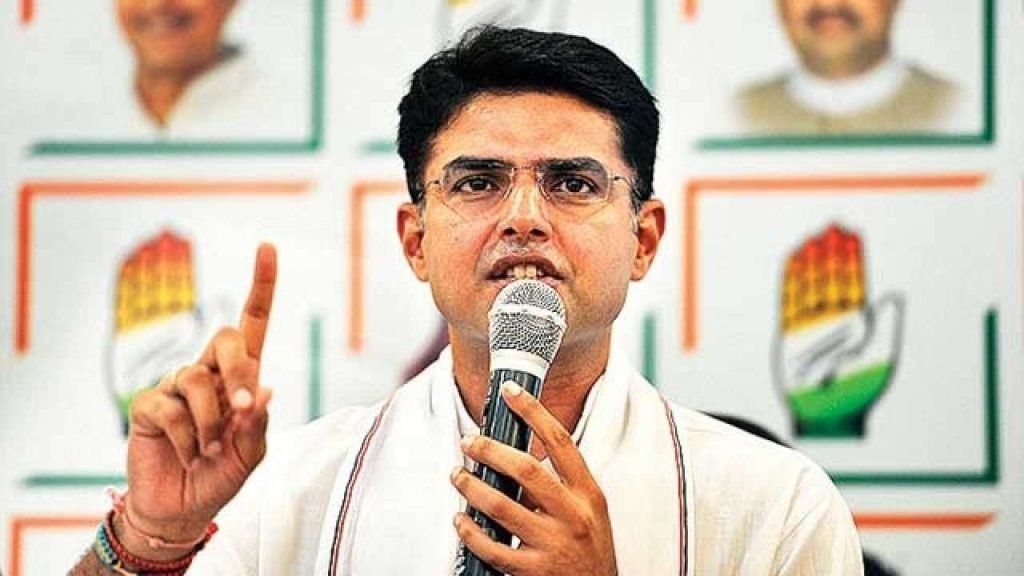 Sachin Pilot is another young politician of Indian National Congress.. Son of Union Minister and veteran Congress leader Rajesh Pilot, Sachin himself was the Minister of Corporate Affair during the UPA rule. He was also the youngest Member of Parliament of the country. Belonging to one of the loyalist families from the inner circle of the INC High Command, he was given the Ajmer constituency of Rajasthan as MP in the 15th Lok Sabha. He was also the President of Rajasthan Pradesh Congress Committee. Sachin Pilot also became the first Union minister of India to be commissioned as an officer in the Territorial Army.

Presently, the scenario is different. Congress is at its lowest ebb and a young leader with a fairly good report card like him has a strong chance of saving his own political career rather than trying to revive the sinking ship that Congress has become. 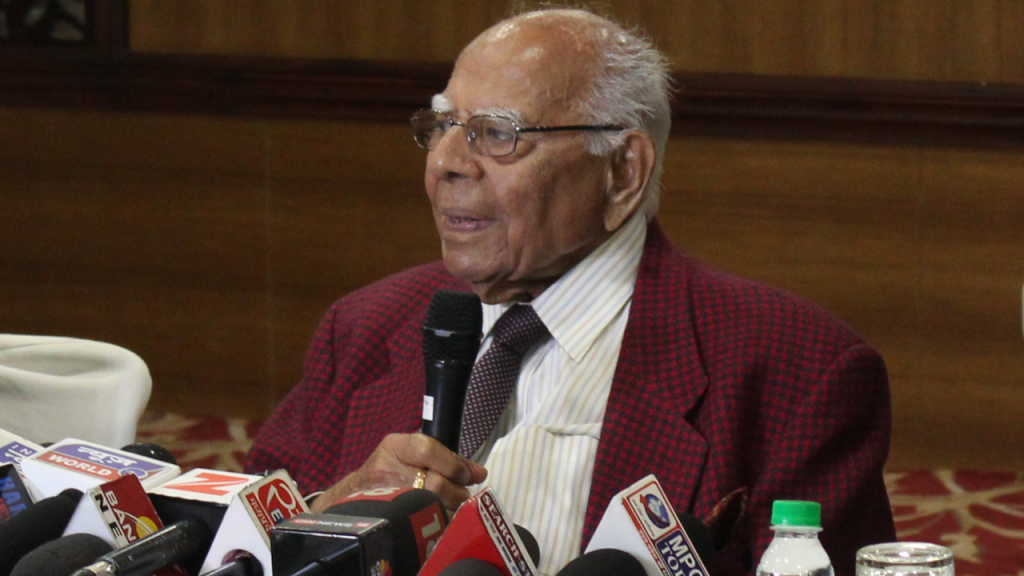 Ram Jethmalani is a controversial figure in Indian Politics and a veteran Indian Lawyer known for his choice of clients. From defending the assassins of the former Prime Minister Indira Gandhi to opposing the death sentence of Afzal Guru and representing Dalal Street scammers Harshad Mehta and Ketan Parekh in court, he loves to defend controversial people.

He has served as India’s Union Law Minister and Chairman of Bar Council of India. He accused BJP of being silent against high corruption. Targeting Nitin Gadkari, he accused him of fraud and corruption. Jethmalani was expelled from BJP for making anti-party statements. Later he was nominated to the Rajya Sabha by Rashtriya Janta Dal. This step was largely perceived as a settlement, a deal for survival from both the sides against a common enemy NDA. Jethmalani returned the favour by defending Fodder Scam convict Laloo Yadav and secured bail for him in the Supreme Court. 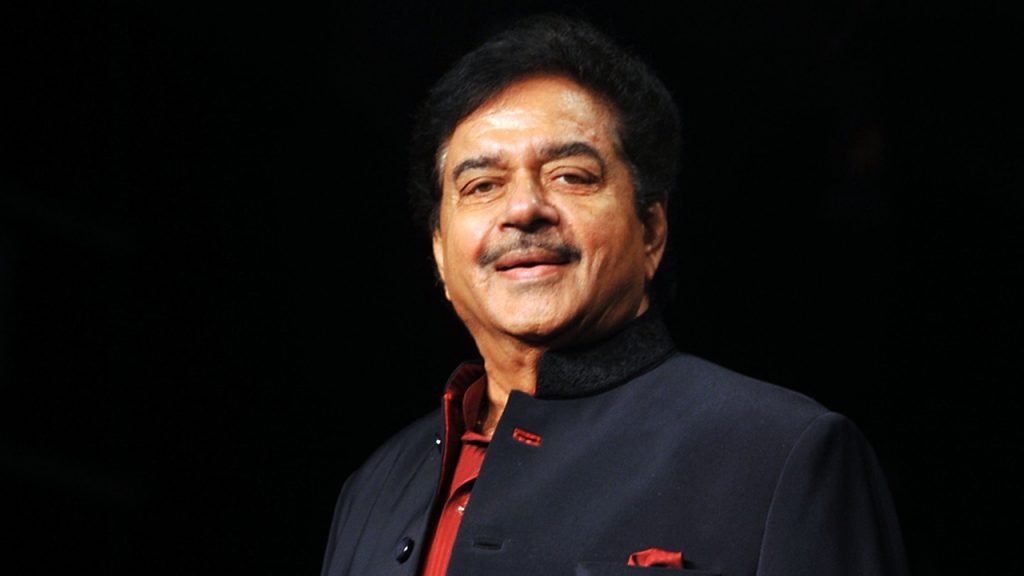 BJP Member of Parliament from Patna Sahib, Shatrughan Sinha is an actor-turned-politician. He has a sweet-and-sour relationship with his political party and has never hesitated in stepping out against his own party. He is vocal against the policies of Prime Minister Narendra Modi and other Ministers of the NDA Cabinet. After Demonetization, he carried out a verbal attack on PM and Finance Minister Arun Jaitley.

However, there is no sign of his resignation or dismissal and the reason behind this is more technical rather than ideological. If Shatrughan Sinha resigns from the party he will lose his Rajya Sabha seat. Whereas if BJP expels him he will remain a Member of Parliament. The diatribes that Shatrughan Sinha pulls-off once in a while is perhaps in order to incite the party to expel him and free him to work for other parties of his interest openly. For BJP it’s a no-win situation. If he is there in the party, his consistent verbal attacks are anyway maligning the image of the BJP and hinting at an internal conflict within the party. His expulsion will cause even more harm to the party. Dismissing him will be setting him free to attack the party both outside as well as inside the Lok Sabha.