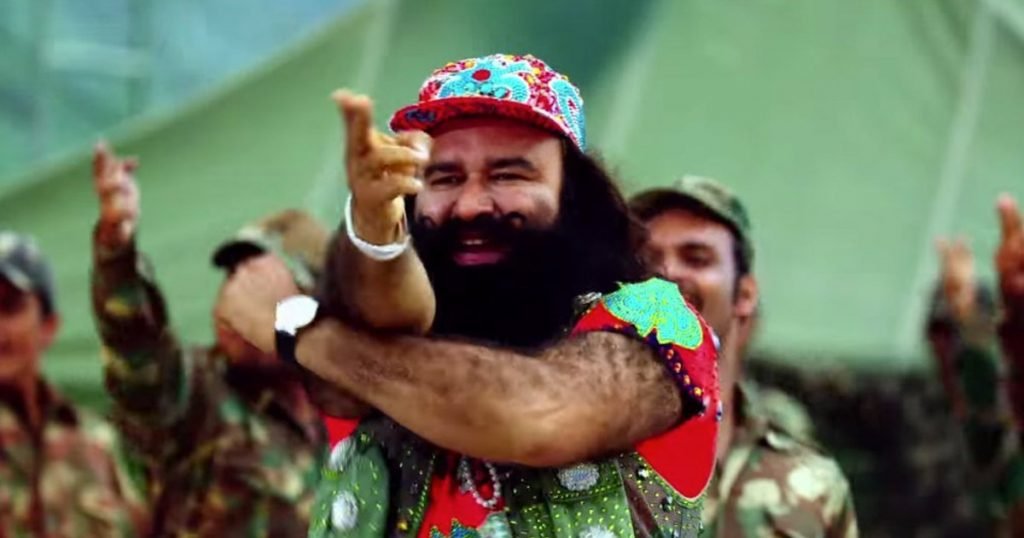 7 Self-Styled Godmen And Their Selfish Agendas

With a population of 1.2 billion people we are the largest democracy in the world. Arguably, one of the most naive too. What else would you call people who lay down prostrate on the ground to stop the arrest of a rapist? Mind you, this man or the self proclaimed ‘God man’ has been alleged to have raped and murdered so many women that he makes Jack the Ripper look like a school boy. All of this, while his followers worshipped the ground he walked on. But then again, this phenomenon is not novel to our blessed motherland. These Godmen, who start off (apparently) as hermits lead a life that is anything but ascetic.

Take, for example, our man of the hour, Sant Gurmeet Singh Ram Rahim Insaan. One wonders why he didn’t add Jesus and Moses to his name. Today, we bring you the star performers in this category with their various illustrious achievements. 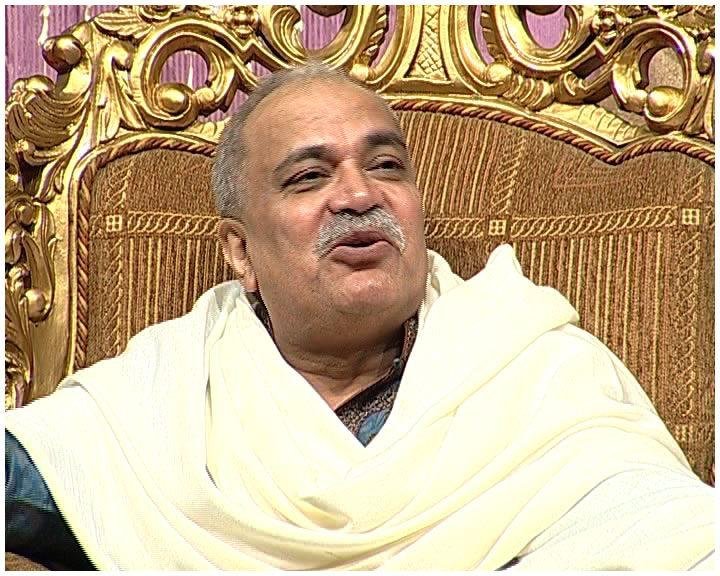 “Beta, Shanivar ke din kale kapde pehen kar kale kutte ko khana khilao, Shani dev ki Kripa barsegi.” (Wear black clothes on a Saturday and feed a black dog, and you shall be blessed.) If you think this dialogue is out of a comedy film, think again. Nirmal Baba , or Nirmaljeet Singh Narula is as famous for his quirky advice, as he is for cases of fraud and cheating. 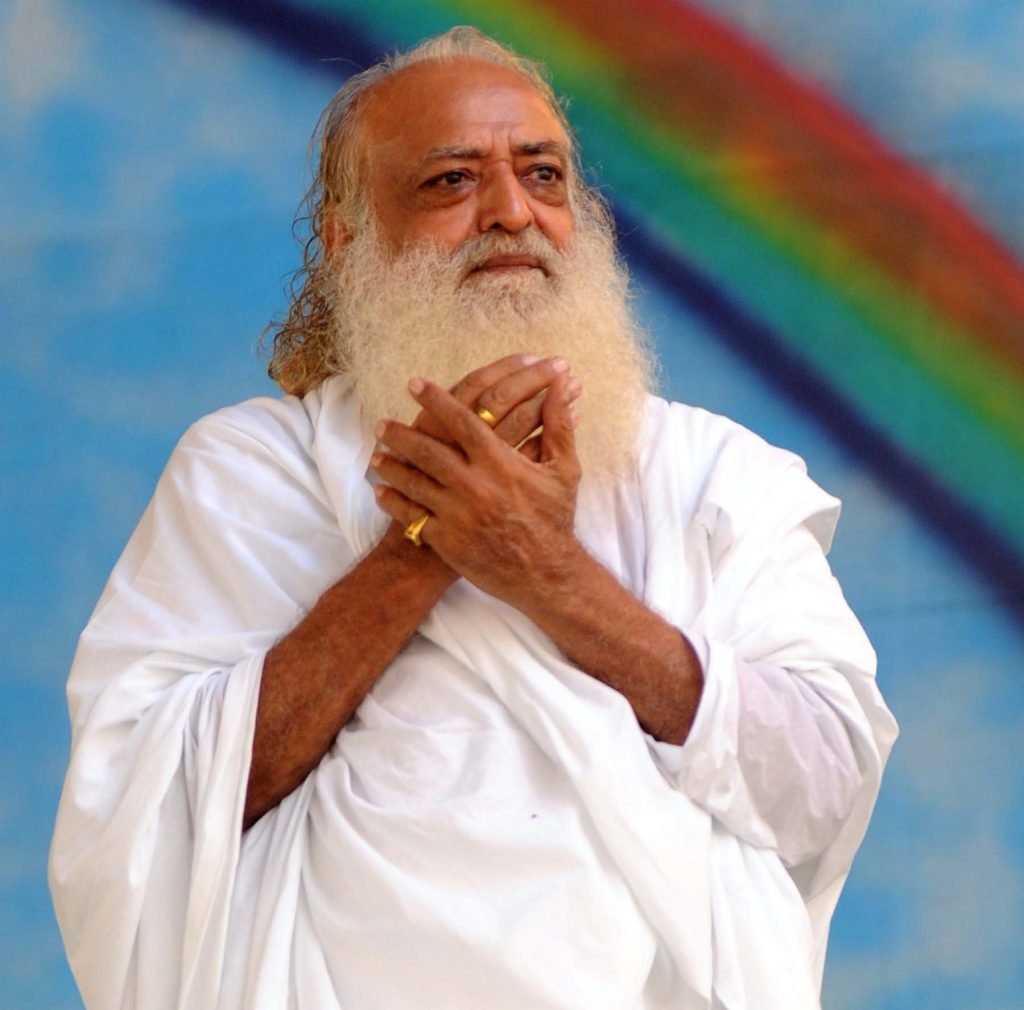 The delicately dancing Babaji was arrested in 2013 in connection with the sexual assault case of a minor. Many other cases were subsequently reported. However, the zenith of Asaraam Bapu’s perversion came to light when he commented on the 16th December, 2012 gangrape (Nirbhaya). The victim, according to him, was also equally to blame, and should have pleaded with her rapists to let her go, addressing them as “ Bhaiyya.” 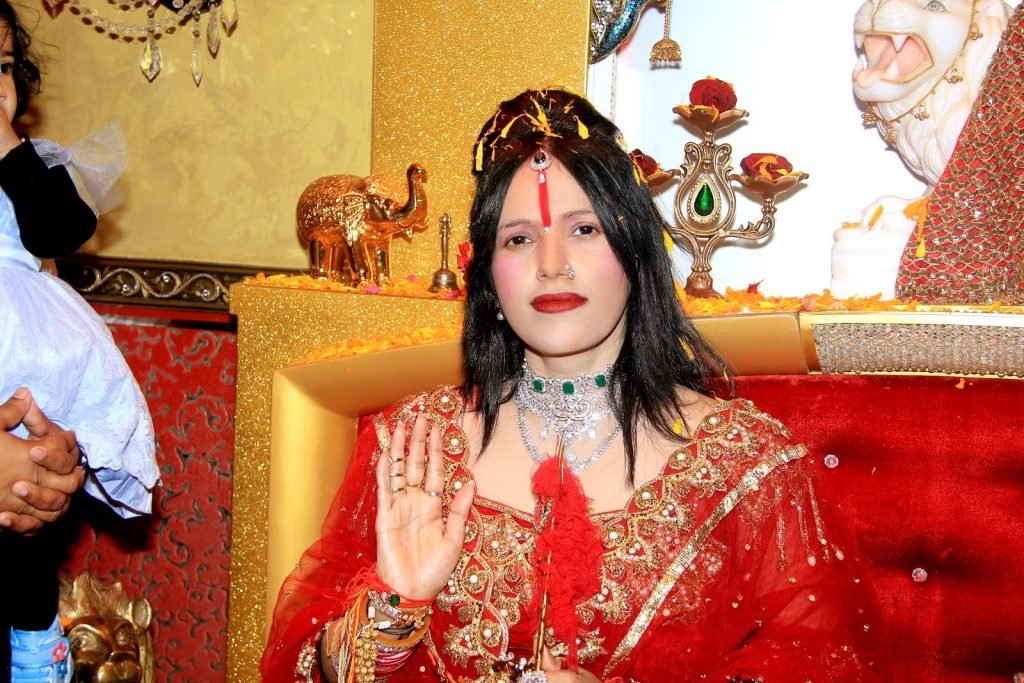 In such a rapidly progressing world, why should boys have all the fun? Before achieving her divine credentials, Radhe Ma was Sukhwinder Kaur of Gurdaspur, Punjab. However, once her husband left for the Middle East, Radhe Ma connected with her spiritual side and joined the Paramhansa Dera, after which she started conducting many Satsangs and other religious gatherings. A woman of many talents, Radhe Ma is quite the fashionista. Not only does she alternate between Sarees and mini skirts,(both bright red, of course,) Radhe Ma is also famous for performing on Bollywood item numbers at her “religious” gatherings. Her male followers have often been seen to shower their devotion by picking her up and dancing with her, or sometimes kissing her. Radhe Ma is currently embroiled in many criminal charges, ranging from abetment to suicide of a family in Gujarat to dowry related harassment of a woman. Divine, indeed. 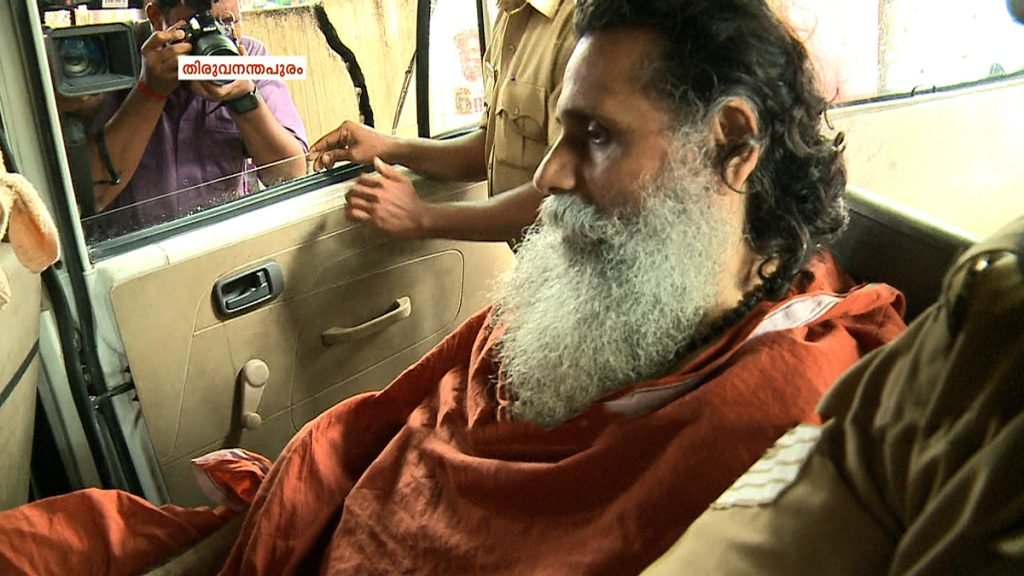 Also known as Sri Hari, this self styled Godman from Kerala came into news when God served him justice befitting his actions. A 23 year old chopped his manhood off with a knife when he tried to sexually assault her inside her own house. Her parents had been blind devotees of the rapist guruji for ages, during which period he had gained access to her and assaulted her multiple times. Now that’s what we call divine intervention. 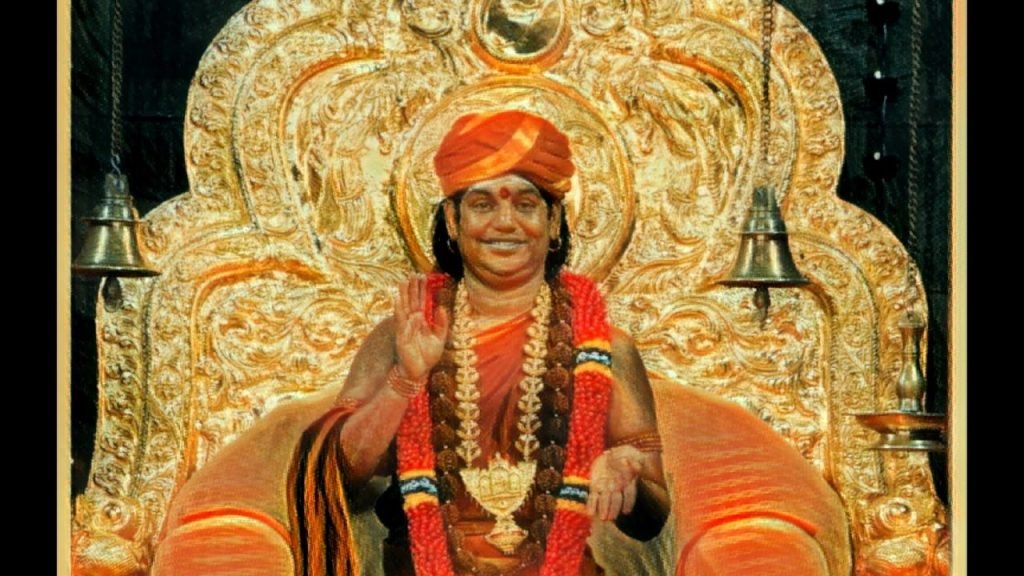 Irony dies a cruel death when these gurus, sworn to celibacy indulge in shameless sexual harassment of women. Sometime around March 2010 a video of this self-styled Godman surfaced on local news channels wherein he was seen having sexual intercourse with a small time television actress. Not one to be deterred, Nithyananda had quite nonchalantly stated that he was merely ‘practising the shavasana’ at the time . He also said that he was impotent and hence, unable to achieve an erection. Brownie points for innovation, we say. 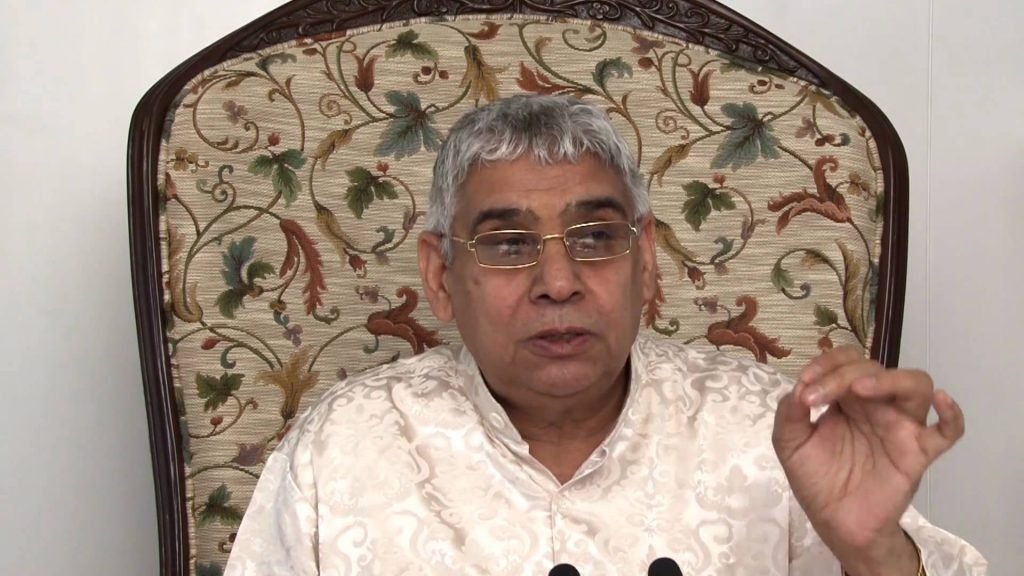 Guruji began his career as a junior engineer with the Haryana Irrigation Department, but graduated to more fertile fields. By 2014, such was the strength of the following that he had amassed that there was a standoff of more than thirty hours between his followers, who were acting as human shields and the paramilitary forces. However, it later came to light that a lot of these followers had actually been wrongfully confined inside the ashram. 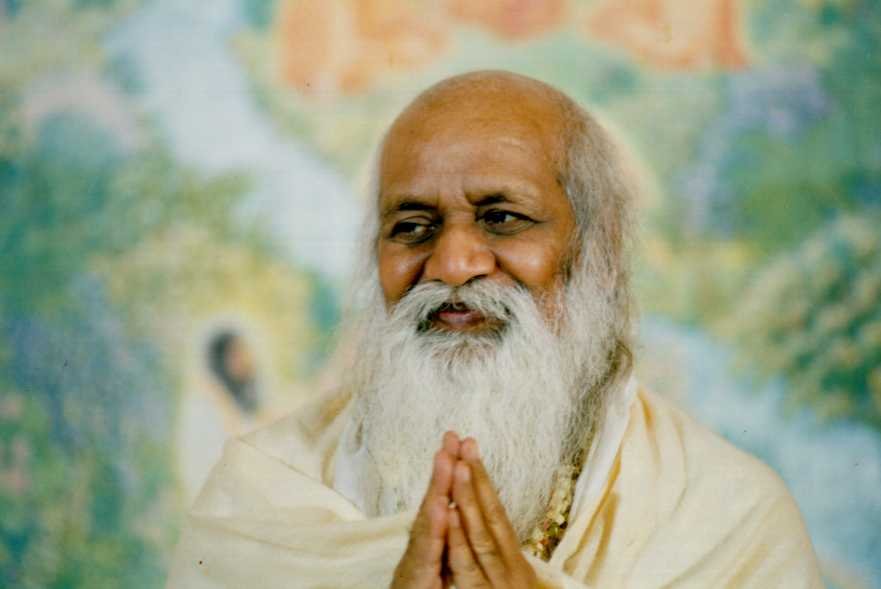 Maharishi Mahesh Yogi was probably one of the elite ones, with his followers including The Beatles. However, things got awkward when Guruji, in pure seventies Hindi movie villain fashion decided to molest Mia Farrow, thus ending the relationship with his world famous devotees.

How do they establish themselves in the society?

The pattern then, is clear for all to see. Put a man in a position of sheer power and undue influence, and he is bound to exploit it for the satiation of his own perversion. All these God- men and women have one thing in common- blind devotion from their followers. And it is this misplaced trust that acts like a shield at all times, protecting them from the consequences of their actions.

Take, for example, the Sadhvis exploited by the rascal who called himself God at Dera Saccha Sauda. Each one of them knew, for a fact, that going to their families was pointless, for they were all staunch devotees and would blindly believe the version of their assaulter.
So where does this kind of blind faith stem from?

Is the Caste System to be blamed?

A closer examination of the Indian society is warranted. The Caste system, the “varna- jati vyavastha” was meant for better organisation in the society.  Through division of labour and interdependence on each other, it was supposed to do it.

Those who taught and read scriptures and assisted in the performance of sacraments were Brahmins. The one who fought for the protection of the people were Kshatrias. Those who indulged in trade were Vaishyas. And those who performed physical labour and had artistic capabilities were Kshudras. As is always the case, there emerged a hierarchy. The ones at top made sure that the ones below them were exploited to the fullest. So much so that certain members of the Kshudra communities were renamed “untouchable”. They were forced to perform inhuman tasks like manual scavenging.

Societal norms to be blamed?

Let us take the example of the whole Dera Saccha Sauda situation. All these followers have one thing in common- they have suffered in life, greatly at the hands of the society. Dalits and other people belonging to the so called lower castes saw Sikhism as an option out of their misery, and the inherent caste system. What followed, was a more polished, thinly veiled version of the same old treatment. Hence, even though there were no caste or class based stratifications, the convertees would be always be treated disdainfully, as second class citizens.

Drug addicts and alcoholics, having been kicked out of their jobs and in some cases, even houses. In many cases, forced to beg in order to fuel their omnipresent addiction. Contrast that, then, with a person who offers you not just Roti Kapda Makaan, but a life filled with dignity and purpose. Helps you get back on to your feet. In this equation of devotion, the supply might have been created by the Dera. But the demand was definitely created by the society. There is no greater God than the one who offers food to one who is starving and acceptance to one who was ostracised. Is it really such a wonder then, that people are willing to lay their lives down for these Godmen?

Families, daughters and sisters stop mattering when God incarnated stands on the other side. How does one question the source of one’s spiritual guidance? In a country where Religion has become the answer to all our questions, its time we restructured our priorities.