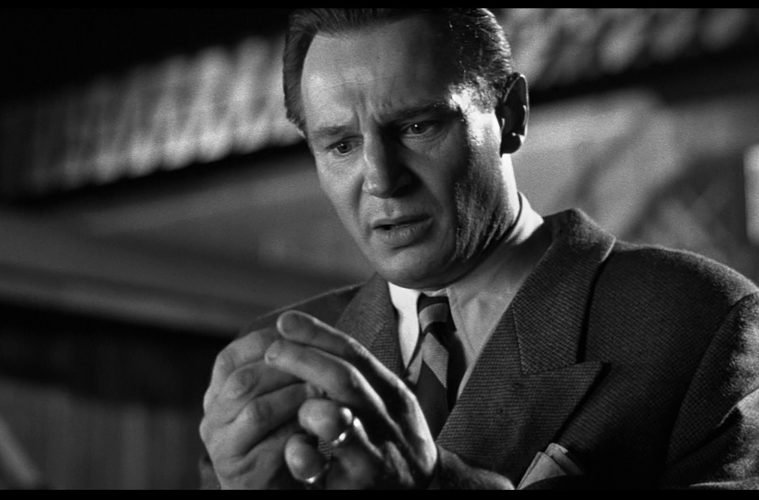 7 Times Hollywood Got Its History Right And Made Brilliant Movies

Being someone who is fascinated by the history of the world, it’s a treat when I see a movie go a few extra miles to create an immersive visual environment for the audience. Don’t tell me you don’t feel enamored when the furniture of a movie setting matches it’s chronology. There is a certain undefinable satisfaction when a movie maker gets his or her history right.

Movie makers put in a lot of effort in researching for their projects. Therefore, in honor of such movie makers, I have compiled a list of a few of my absolute favorite movies that got their histories right. 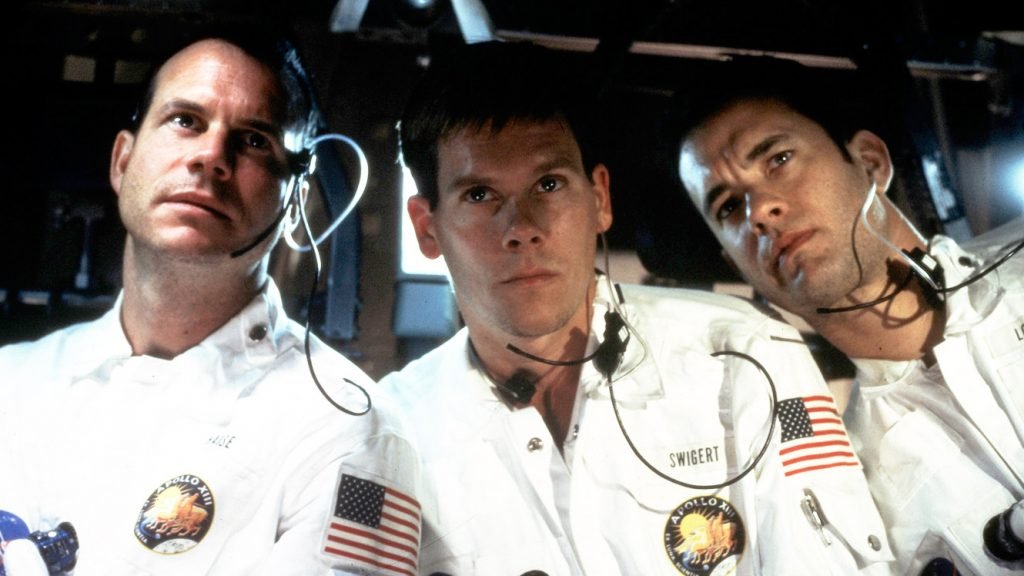 This movie is based on true events which unfolded when a near fatal accident occurred on Apollo 13. Thus, changing the course of what was to be NASA’s third lunar landing. Based on the book “Lost Moon” which was co written by the Apollo 13 mission commander Jim Lovell, as well as the first hand testimonies of the other two astronauts. It is almost a first hand account of the difficulties that the astronauts and the NASA crew faced in trying to get the three men safely back home.

Directed by Ron Howard, the zero gravity sequences in the movie were actually filmed in two space centers in Texas and Chicago. While, the sets were exact replicas of Apollo 13 nodules and control rooms. The film was praised by astronauts throughout the world for it’s portrayal of the tension and urgency that space missions encounter. It won two Oscars out of the nine nominations that it received. 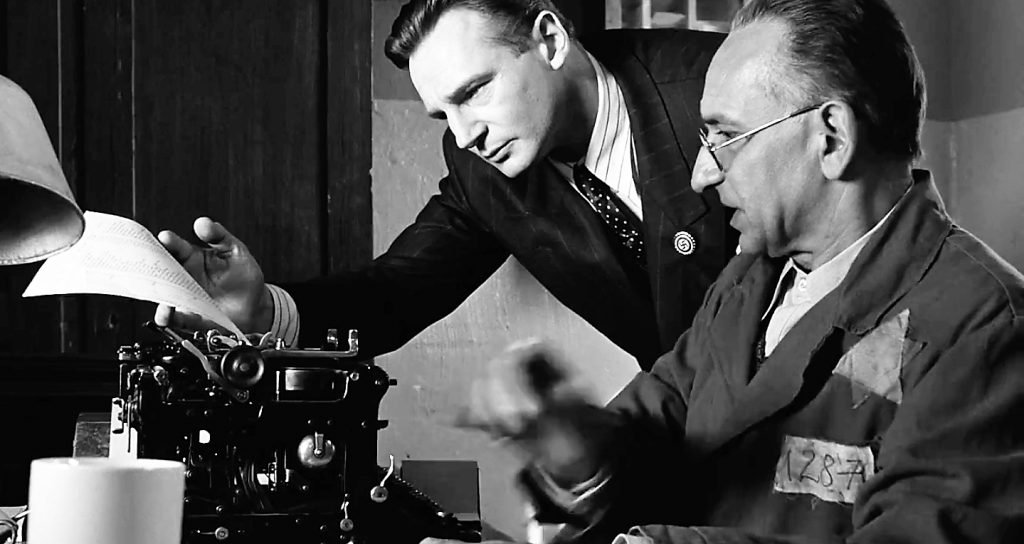 Starring Liam Neeson and directed by Steven Spielberg. Schindler’s List is the story of the enigmatic and opportunistic businessman Oskar Schindler. Oskar saved the lives of more than 1,100 Jews during the Holocaust. With a whopping seven Oscars in its name, the movie is considered one of the best portrayal of the Holocaust. Majorly for its grim and realistic mode.

Shot entirely on a black and white film, special attention was paid to how much lighting or paint was used. This was done in order to appear correctly on film, regardless of how unrealistic it seemed in real life. The story behind the movie is also a very interesting one. Spielberg was able to get permission to film inside Auschwitz, but chose not to out of respect for the victims. So the scenes of the death camp were actually filmed outside the gates on a set constructed in a mirror image of the real location on the other side. 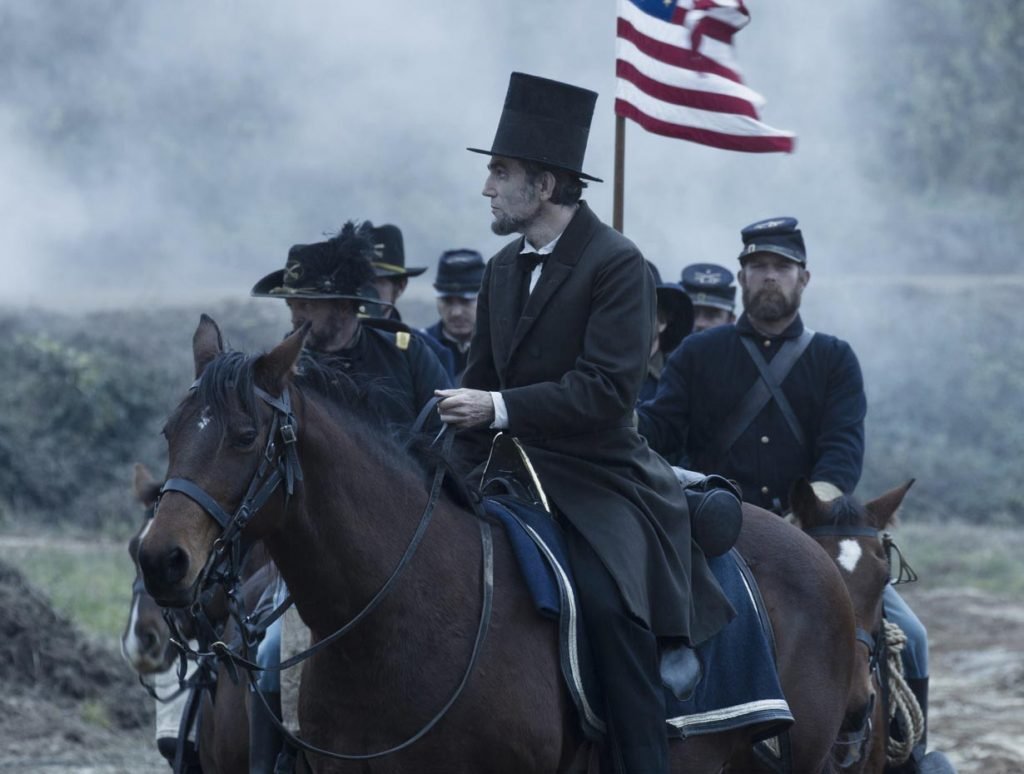 Yes, of course we have another Spielberg on our list. And yes, of course it’s a movie about one of the most significant figures in American history. Lincoln is by all means, one of the best historical movies of all time. Spielberg spent 12 years researching the film. He recreated Lincoln’s Executive Mansion office precisely. With the same wallpaper and books Lincoln used. Meanwhile the ticking of Lincoln’s watch in the film is the sound of Lincoln’s actual pocket watch. With a brilliant and well thought characterisation and a stellar performance by Daniel Day Lewis, Lincoln is an absolute goldmine for history buffs. 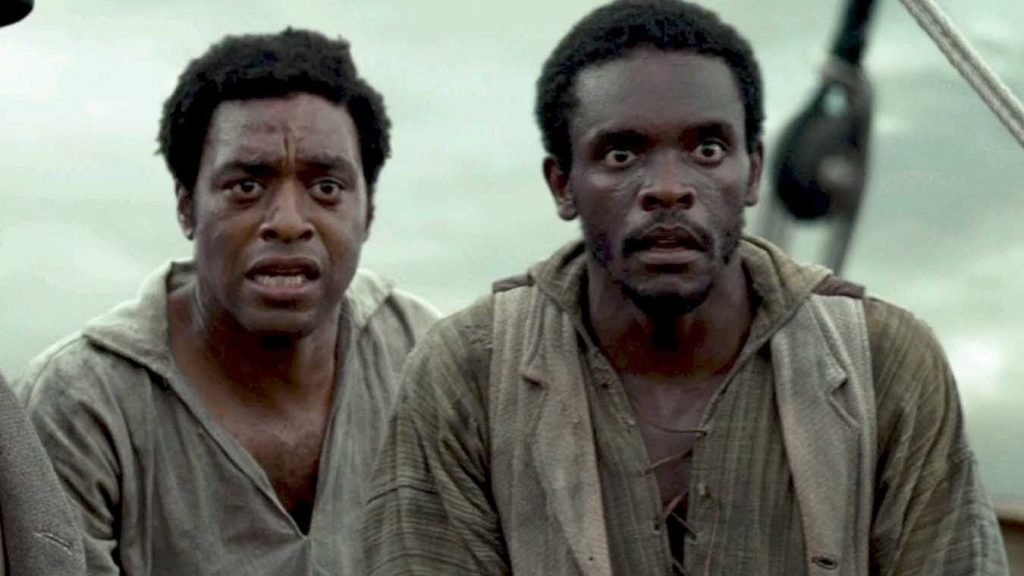 This movie is based on the 1853 biography of a freed, African American slave Solomon Northup. It is one of the most powerful films on Slavery. The movie was praised by historians and critics alike for it’s honest and non-sugar coated depiction of Black Slavery in Louisiana. With brilliant, Oscar winning performances and Steve McQueen’s distinct directorial style, the film’s portrayal of the historical and social reality of slavery and Northup’s strong resolve, wrung tears out of many hearts. 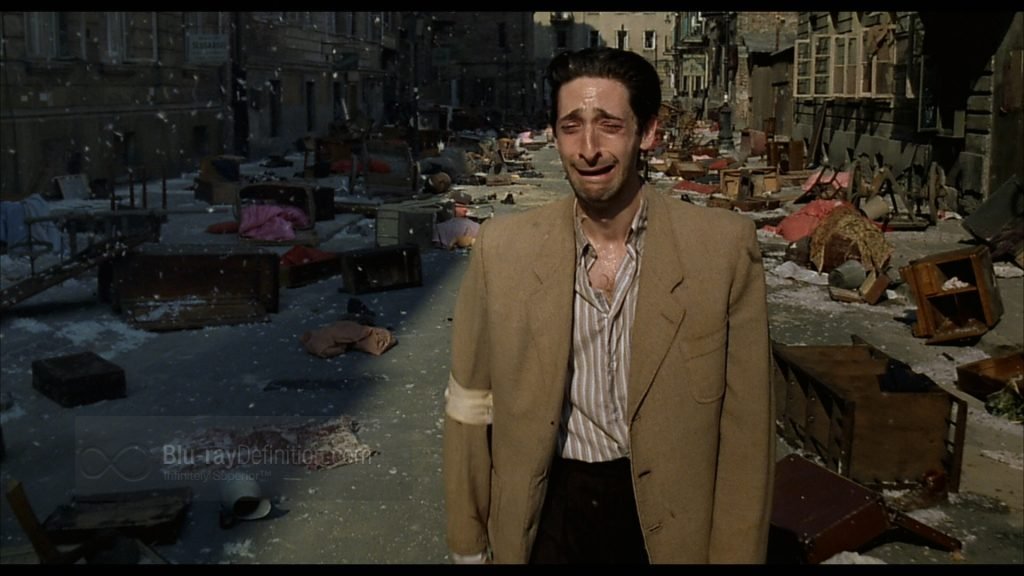 This film was closely based on the Pianist and Holocaust survivor Wladyslaw Szpilman. He was stuck in the remains of Warsaw, Poland trying to survive the German Invasion. The movie’s director Roman Polinski himself is a survivor of the Holocaust. The story is in itself a poignant and deeply affecting. Polinski adds to the effect with his perfect impressions of the ghetto streets to the use of specific songs that Szpilman played, in the movie. The film most certainly deserved the three Oscars, it won. 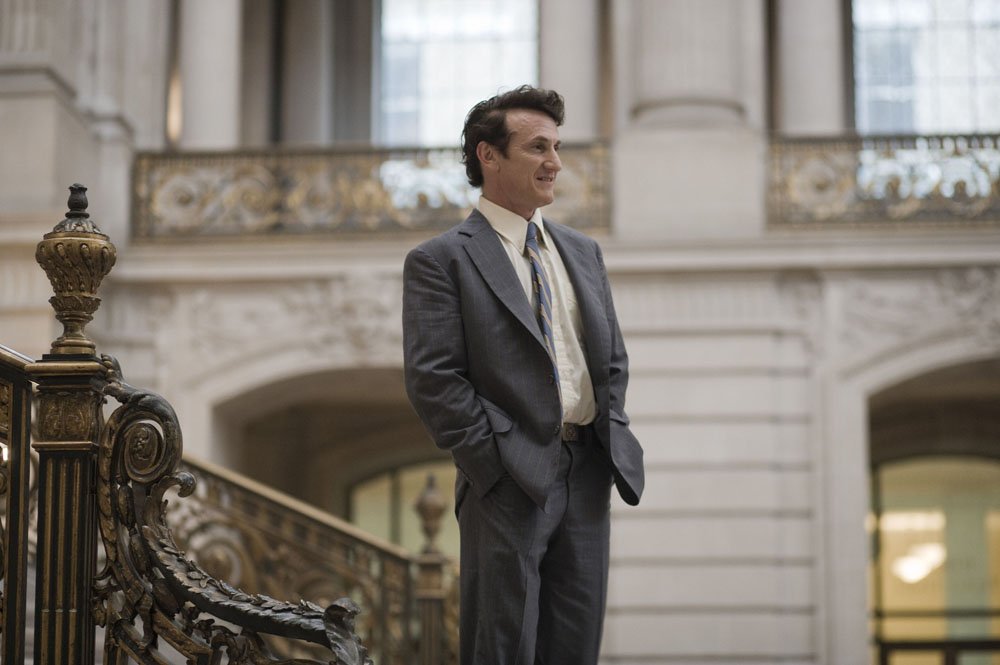 Using flashbacks from a statement recorded late in life and archival footage for atmosphere, this film traces Harvey Milk’s career from his 40th birthday till his death. A gay activist and the first one to be elected as an official, Milk leaves the closet and New York. He gradually finds his way to becoming a Supervisor in 1977. Milk is played by Sean Penn who is known for his ability to create a character with infinite attention to detail.

Meanwhile, Penn went through a long and tedious procedure of make up every time he shot for his role. But that was required to bring out physical authenticity. The apartment that was used in the film is the real apartment Harvey Milk lived in on the Lower Haight in San Francisco. With a strong cast and a brilliant storyline, Gus Van Sant manages to create magic on the big screen with this movie. 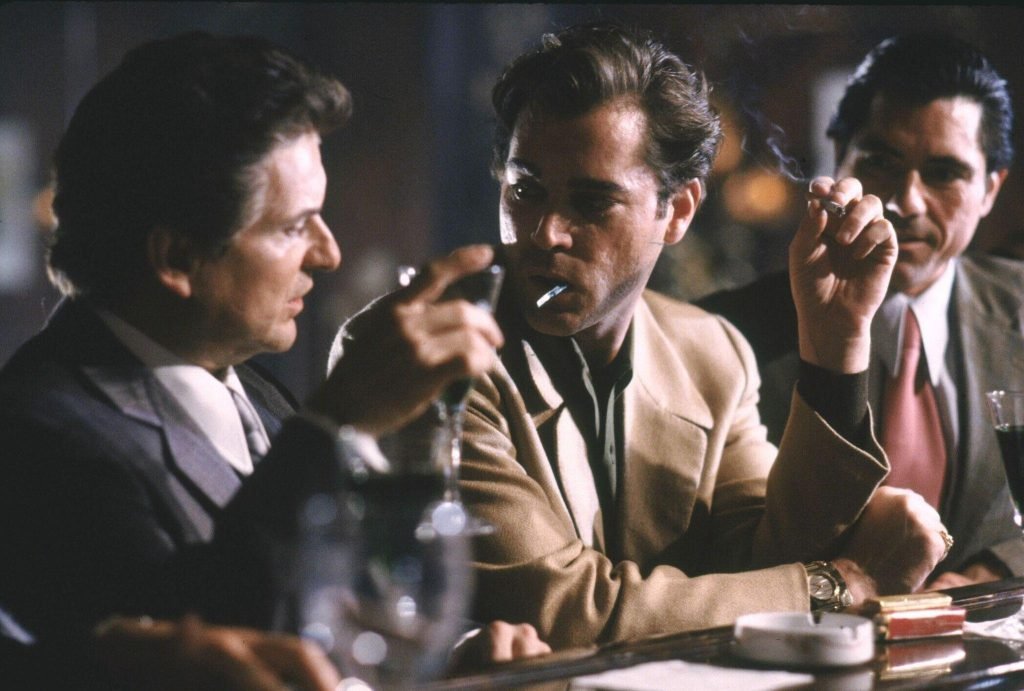 While there are amazing mob movies out there, Goodfellas is as good and true as it gets. Apparently, after reading Nicholas Pileggi’s Wiseguy, the story of Lucchese crime family associate Henry Hill’s life as a gangster-turned-rat, the director immediately picked up the phone, called Pileggi and told him, “I’ve been waiting for this book my entire life.” Pileggi’s reply? “I’ve been waiting for this phone call my entire life.”

However, these are just a few from a long list of historically accurate and brilliant movies. Over the years a lot more have been produced time and again by dedicated and brilliant filmmakers. I suggest you watch them if you haven’t already. Bask in the glory of well researched stories while you are at it.