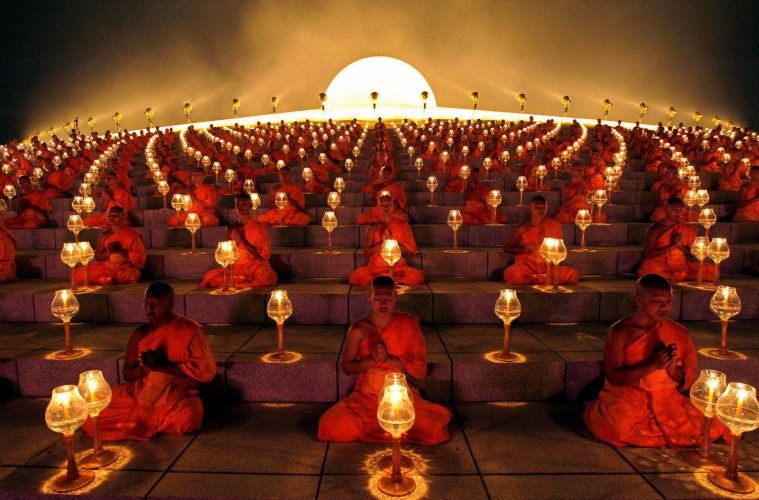 9 Types Of Monks Around The World And Across Cultures

Monks have something inherently pristine about them. Their shaven heads and distinctly colored robes set them apart. The purity of their purpose gives them an aura distinct to them. We hear that most of buddhist monks, and then Jain monks, clad in sheer white clothes. Or sometimes in nothing at all with only their mouths covered. Because their nakedness sets them apart, most of us know of their complete detachment from the world.

Like every other practice, monks do not belong to one religion, country, caste or age. It is always a life changing choice a person makes. It is a long process of getting on to what we know is a rocky spiritual path. Here’s counting down some forms of monasticism. Perhaps the only thing common among them all is their urge to kill the ego. 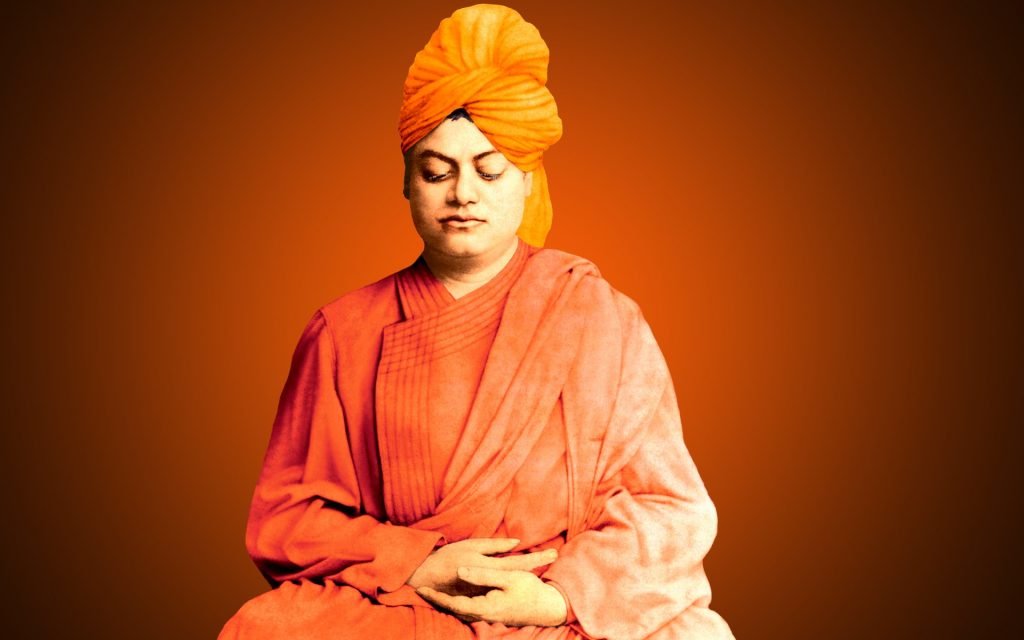 These monks are known to lead a life with the resources that the average middle class man in India possesses. But that is not why I find them most rooted in reality. Their highest worship is the service of humanity rather than living a secluded life at the foot of a great mountain range. They possess the resources that they do. Their journey is towards selflessness and while they live among humans who are constantly trying to win, to achieve, to possess, I believe their temptations are greater.

Their aims are tougher because God is easier to please when compared to humans. 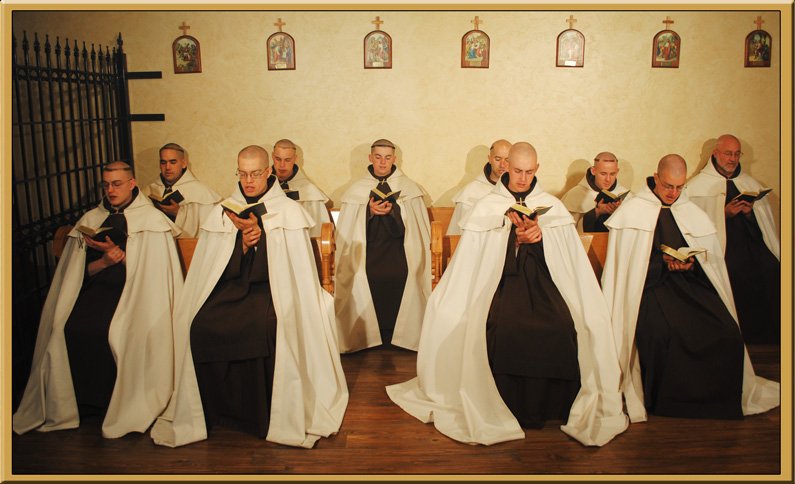 Also known as the ‘Monks of the Most Blessed Virgin Mary of Mount Carmel,’ the Carmelite monks were founded at the beginning of the 21st century. They prefer to mostly keep mum, strongly believe in manual labour and prefer to contemplate in silence. Meanwhile their lives are full of joy, for prayer for the soul’s salvation is their joy. The Carmelite monks’ dedication to Carmel’s ancient traditions is striking.

The  hope of reunion with God fuels their solitary lives. Although their lives are spent singing their lord’s prayer, they also believe it to be their duty to hear confessions and point the right path to anyone who visits their monastery. The four pillars of their existence are; the union with the blessed virgin, the rule of their founder St. Albert., Caramel Liturgy and Carmelite Liturgy. Also, these monks do not step out of their monastery without the Bishop’s permission. 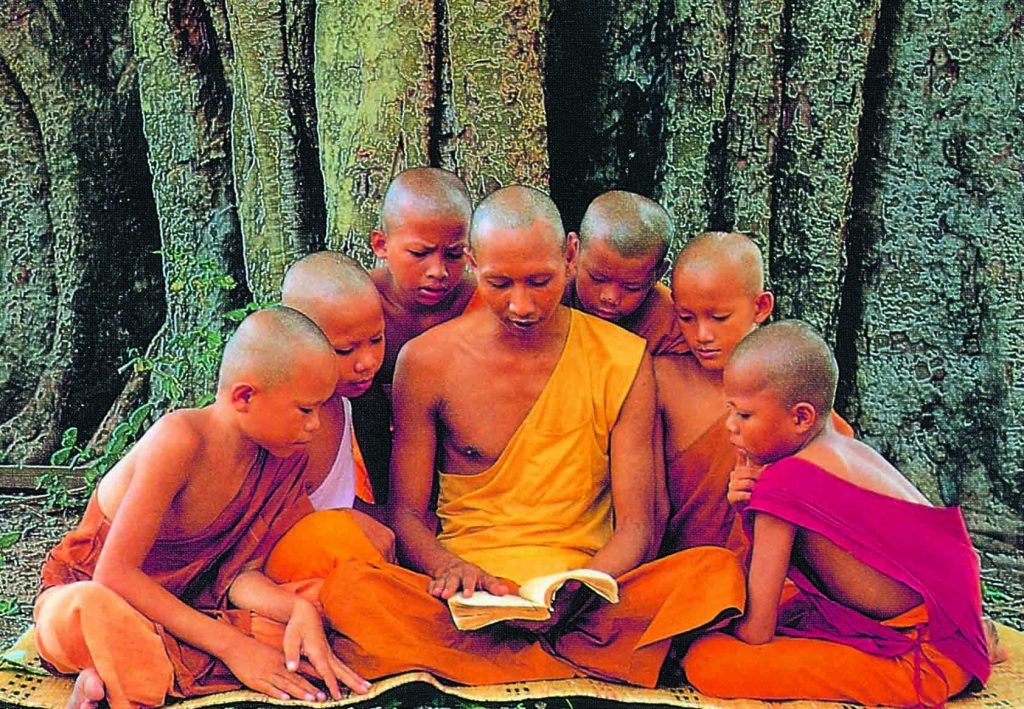 Following the teachings of Buddha, Buddhism is the most popular form of monasticism, especially in Asia. The monks’ primary aim is to uphold the teachings of Buddha. Thus, they are forbidden to touch money and cannot entertain any thoughts of physical pleasure. The sole purpose of their life is to achieve enlightenment.

While Tibet is known as the home of Dalai Lama, Korean Buddhist monks have secluded themselves among breathtaking Korean mountains. Mountains where the tree leaves resemble lotus petals. The Shaolin monastery in China follows a similar pattern.

One country where Buddhist monks seem to be faltering though, is Thailand, where the people donate heavily in order to feel at peace with themselves in the modern world. Some monks leave their decided path and are accused of sexual crimes, among other materialistic endeavours like owning private jets, mansions, consuming alcohol and being known by their pre ordained names. 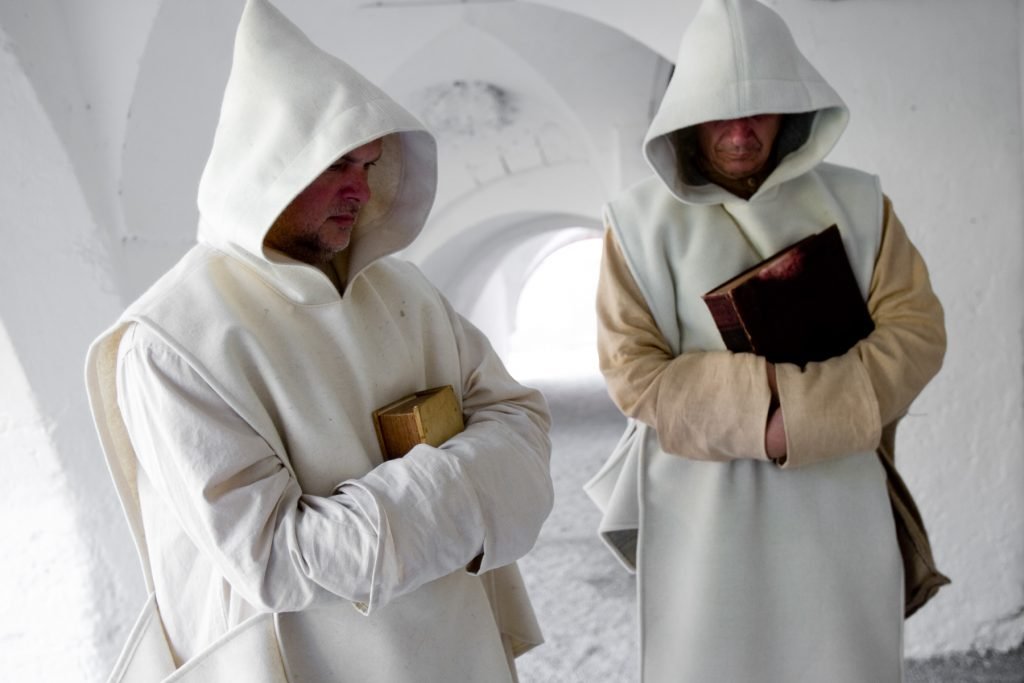 The monks are divided in 24 houses across three continents, where they live their life of seclusion focused on contemplation. Contact with the outer world is almost nil. As their houses are almost entirely self sufficient, the only time they really enter the outer world in during a meal on Sunday (taken in silence) and the daily mass. Everyday, their meals are delivered to them in such a manner that they do not come in contact with even the person who delivers to them their meals.

Meat is strictly prohibited. Family is not supposed to visit them more that twice a year. They lead their life of silence, doing some form of manual labour. Each monk has his own little cell with a high walled garden. Here they are permitted to grow flowers, as they benefit the universe. Once in a week, when they take an extended walk of the countryside, where they are allowed to speak. 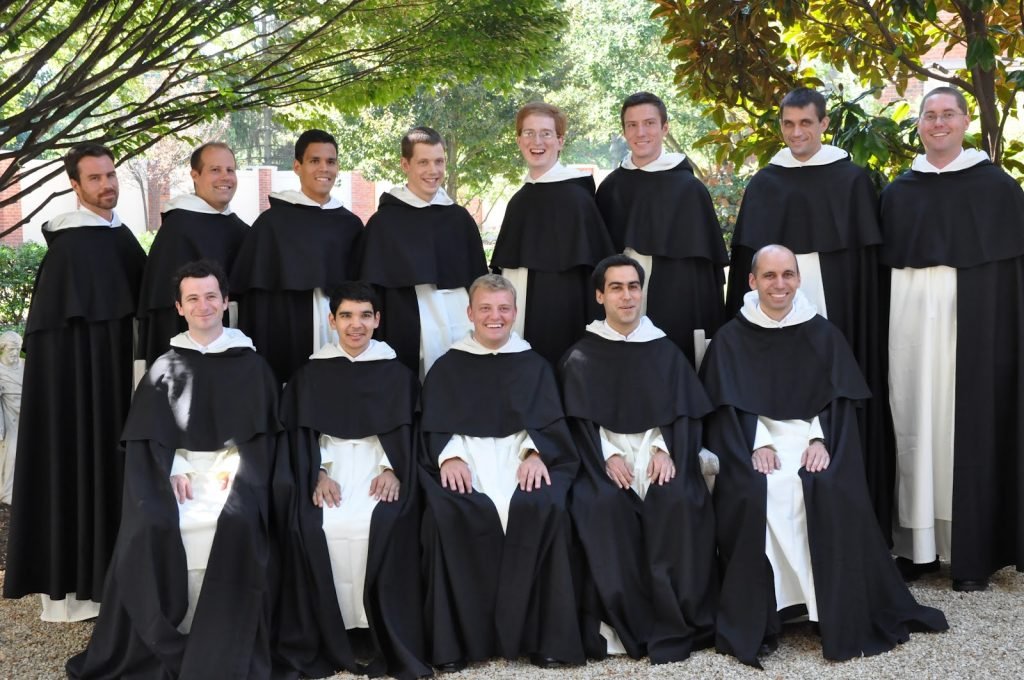 The monks, having taken vows of chastity and poverty live as a community. The Order was founded back in 1206 by Dominic. Thus lending the members the nickname of Dominicans. Each member attaches O.P. at the end of their names in order to publicize their loyalty. During the middle ages with the new world order coming up, religion started to take new connotations.

So the monks did not stay at one place. Rather, they traveled among the people, spreading their purpose. The order has thus far produced several notable philosophers and theologians. Dominicans aimed at combining the old religious knowledge with the problems of the modern man. Thus giving more leverage than the traditional clergy and monastic orders. They meditated, prayed, but also preached, and earned their living primarily through begging. So great was the order’s reputation, that Tomas de Torquemada, Spain’s first Grand Inquisitor, was drawn from them. 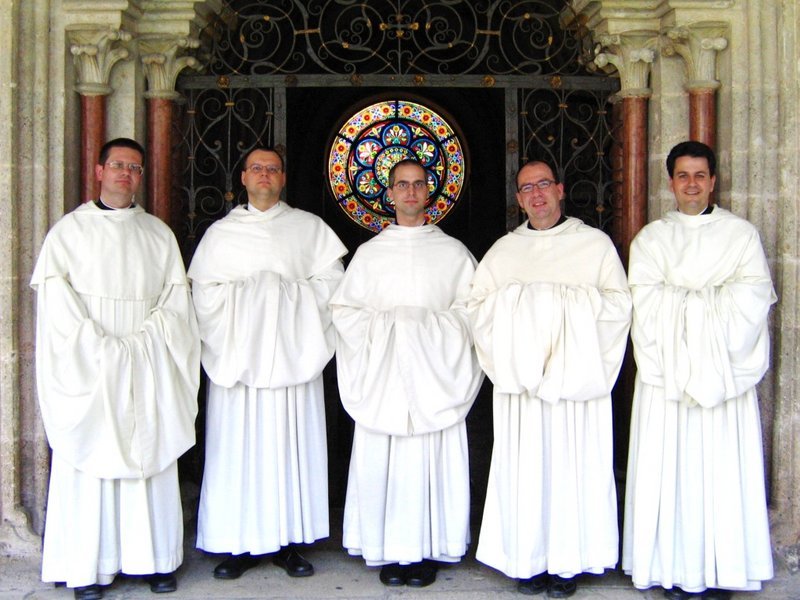 Stemming from Western Europe in the beginning of the 12th century, the Norbertine monks promise celibacy and poverty. Poverty is believed by them to be the facilitator of simplicity. They aim at sharing their lives with each other and those to whom they minister. Celibacy promotes the growth of their spirit, and their obedience opens them up to God’s will. They are neither entirely dedicated to contemplation nor to the world outside. Rather, they strive to strike a balance between the two. Over 1300 in number, they are present in almost every continent.

“We strive to live with the tensions that are associated with the relationship between contemplation and action, community life and apostolic service.” 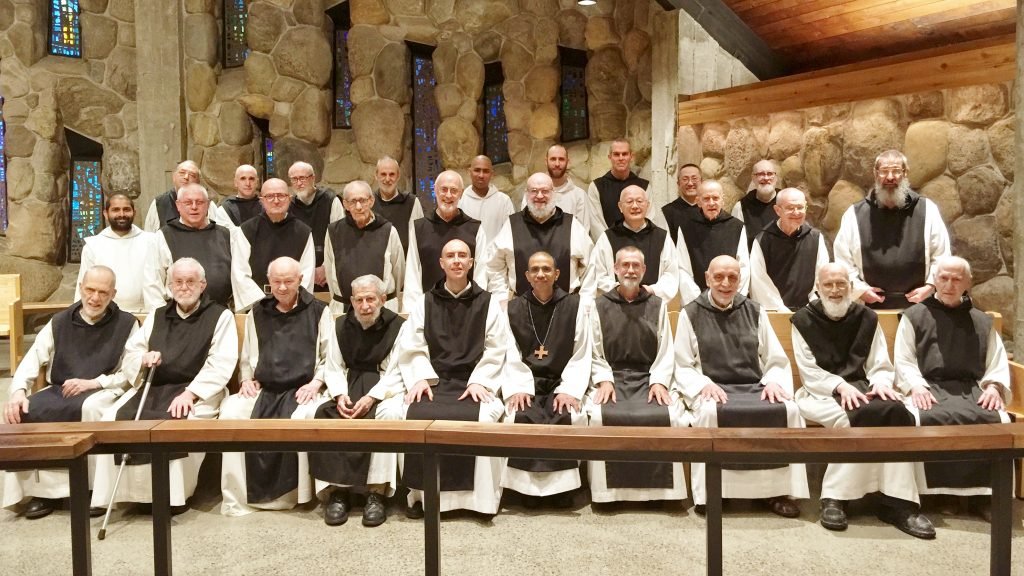 St. Bernard of Clairvaux brought Cistercian monks into existence somewhere between 1090-1153. Divided into two branches, Cistercians of Common observance and Cistercians of strict observance. The latter are to take a vow of silence and not come in close proximity with meat. The former too, are not known to speak much. Cistercians were initially well known for the intensity of their manual labour, their skilful farming and their contribution towards water power. Currently, they continue to support themselves by producing goods like beer, bread and cheese. 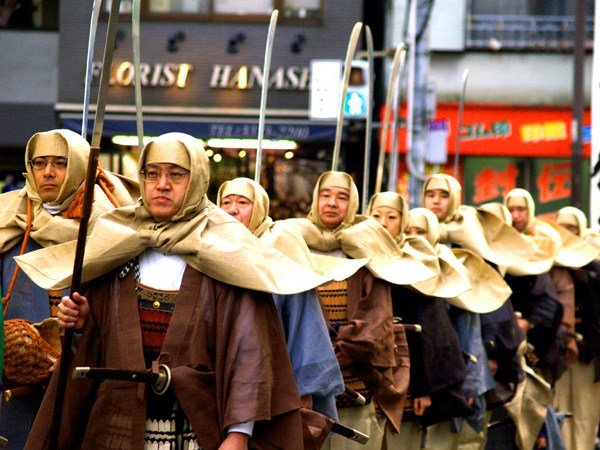 The warrior monks existing in feudal and medieval Japan were unique due to the amount of power they held, having obliged the military and imperial government to cooperate and collaborate. As they also contributed towards protecting land, they operated in large groups and were trained in smallers temples, monasteries and training halls. Enryaku-ji monastery in Mount Hiei in Japan is perhaps the most notable Sohei monastery. They had stemmed from the cruel political feuds between temples and went on to become considerably influential . 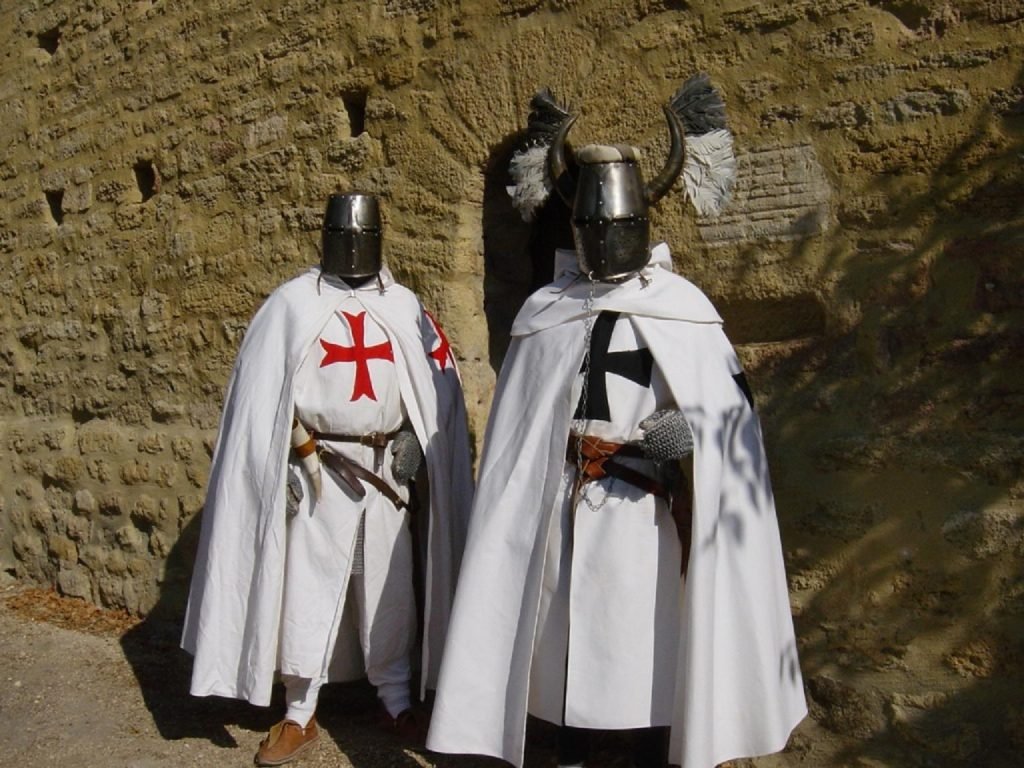 The famous German monks, arising between 1100-1300, were known to be so legendary that knights from far and wide came to challenge them, requesting them to not use their weapons, because their skills with weapons made them undefeatable. They were included in the military voluntarily, and initially served to protect Christians before they got too involved with messy politics. They also fought several wars like the thirteen years’ war. The knight who traveled with the Pilgrims in Chaucer’s Canterbury tales is also suspected to belong to this order.