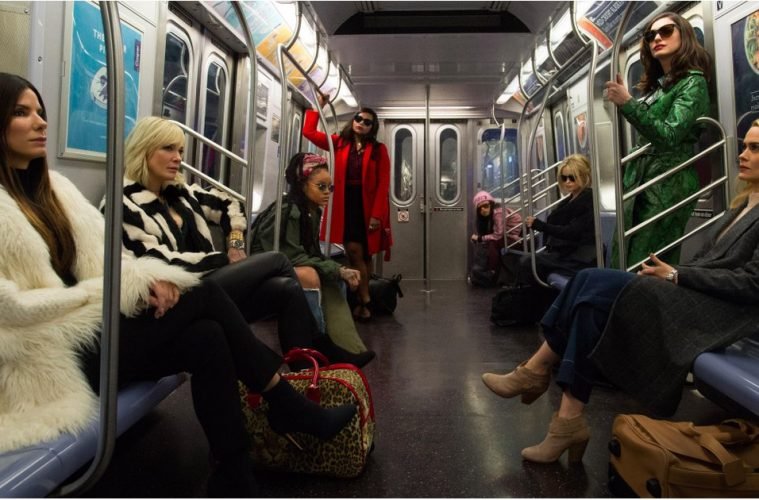 7 Upcoming Films You Should Look Out For This June

Wait, it’s June already? This year is really going fast. You know what that means right? Game of Thrones is right around the corner, fam!

Every year there are things that are different or new than earlier. Some things are not so pleasant and kindaa your fault, such as your increasing belly. Then there are those that are someone else’s; like the release of new films and tv series. It’s the latter part that lets us dip our pinky toe in colour preventing us from having a seemingly gray lives. Movies for that matter are becoming our constants. Every Friday something new arrives and brings with it a fresh wave of reviews, discussions, social media posts and not-so-occasional memes. June is just another such month, with its own set of four weeks of films.

So here we go, listing all the films that shall be released in June. You should watch out for all of these in our opinion. All Set? Let’s start. *rubs hands together*

Frankly, there have been films like Bhavesh Joshi in Indian cinema, before. One man decides to battle the corruption prevailing within our system to a great extent. However, one look at the trailer and you will see why this film is different from the others. The movie has been written by Anurag Kashyap, Vikramaditya Motwane and has all the hallmarks of being a production of Kashyap. Add to that the fact that the film’s protagonist is being portrayed as a vigilante superhero and you’ve got yourself one of the most awaited and potentially groundbreaking Hindi films coming in 2018. The film releases on the first day of June and let’s hope everyone turns up to watch a superhero that isn’t Krrish. (THANK GOD FOR THAT!) 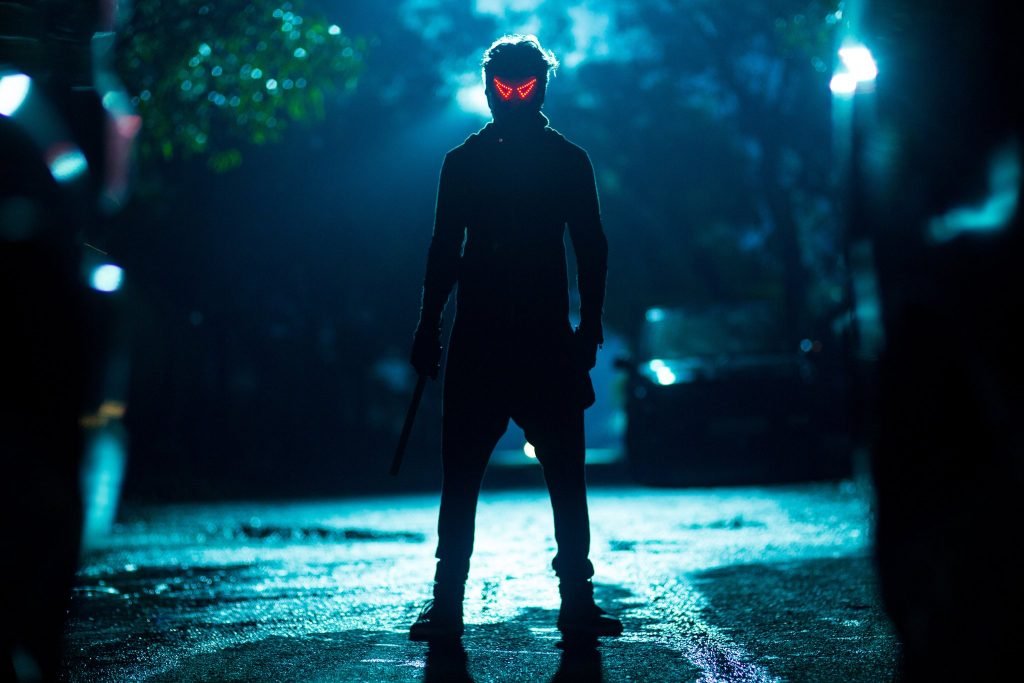 We have all watched Jurassic Park when we were young and the magic of watching dinosaurs roam around in a lush location will never get old. Steven Spielberg created something special all those years ago and many were afraid that the last entry, Jurassic World, would not reach to the standards. The film ended up surprising even its most vigorous hater and was one of the biggest successes of the year. The sequel to the film releases towards the end of June and is already awaited by fans across the world, including those who grew up with these creatures and those who were introduced through Jurassic World. Let’s hope the sequel turns out to be even better. 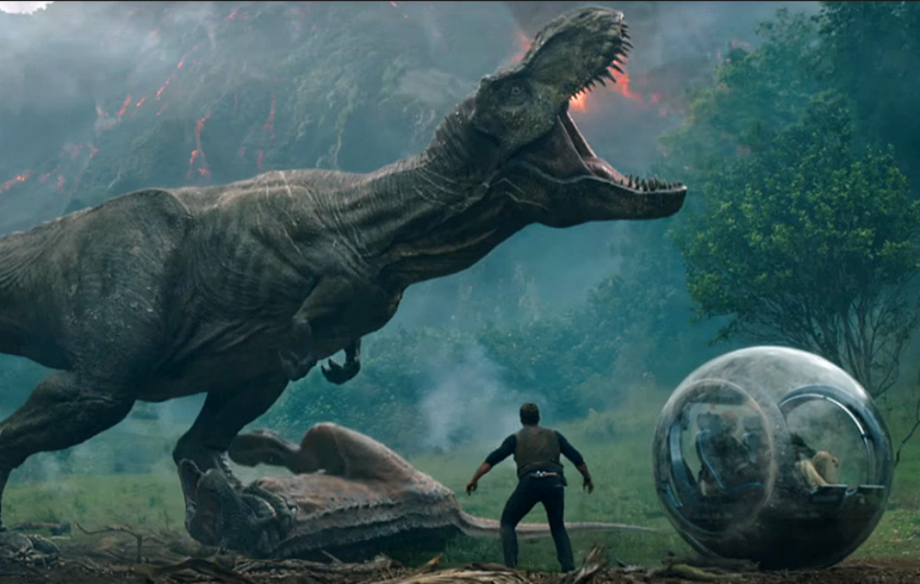 Rajini sir returns with his next venture. This is already being seen by many as something of a launching pad for his political career. To say that the film has political undertones, thus, would be an understatement; a fact clear from the trailer, if you’ve seen it. However, politics aside, Kaala looks extremely promising and boasts of a fantastic cast, including Huma Qureshi and Nana Patekar. You get to watch Nana Patekar and Rajinikanth in the same film. Need I say more? 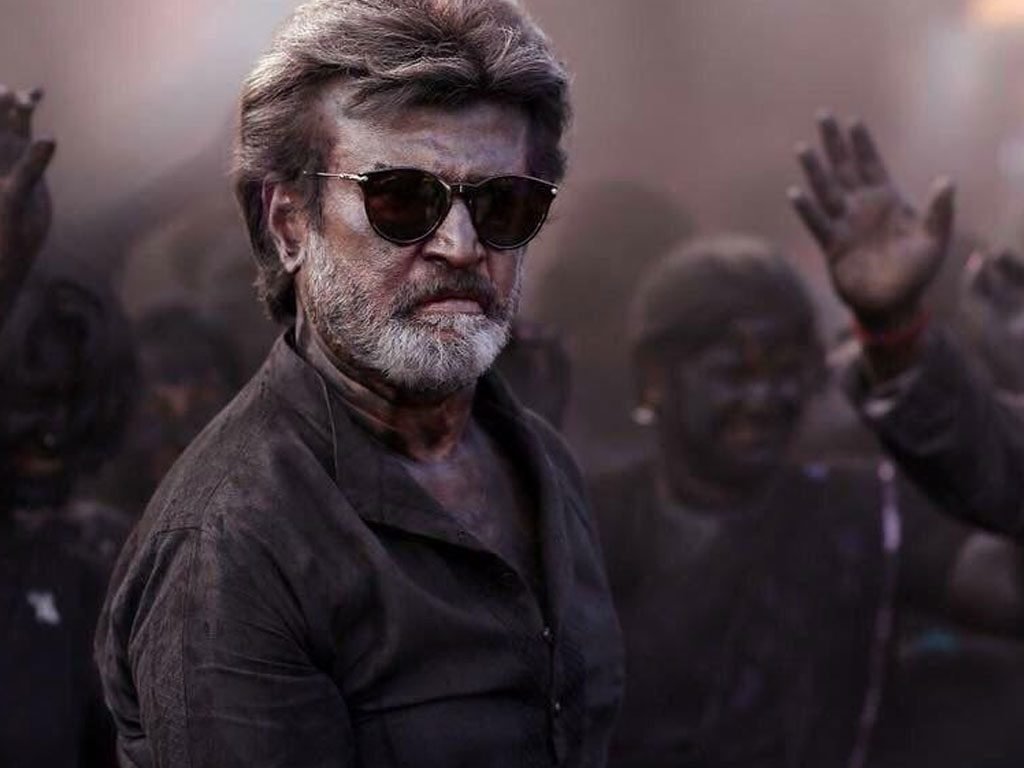 14 years. For more than a decade, we have waited for this film. Some have pleaded, some have begged and some have downright derided Disney for its delay in producing the sequel everyone wished for. But our wait was not in vain, fellow viewers, and the film we enjoyed so much in 2004 is finally getting a sequel. It’s amazing how solid The Incredibles really was, with its beautiful character devlopment, mind boggling action and a superhero family that we (*cough cough*Fantastic Four*cough cough*) we loved so much. The sequel seems to have its focus on Elasti-Girl and frankly, there is nothing much to say. Just watch it. Watch it for the greater good because this film IS the greatest good you will ever get. 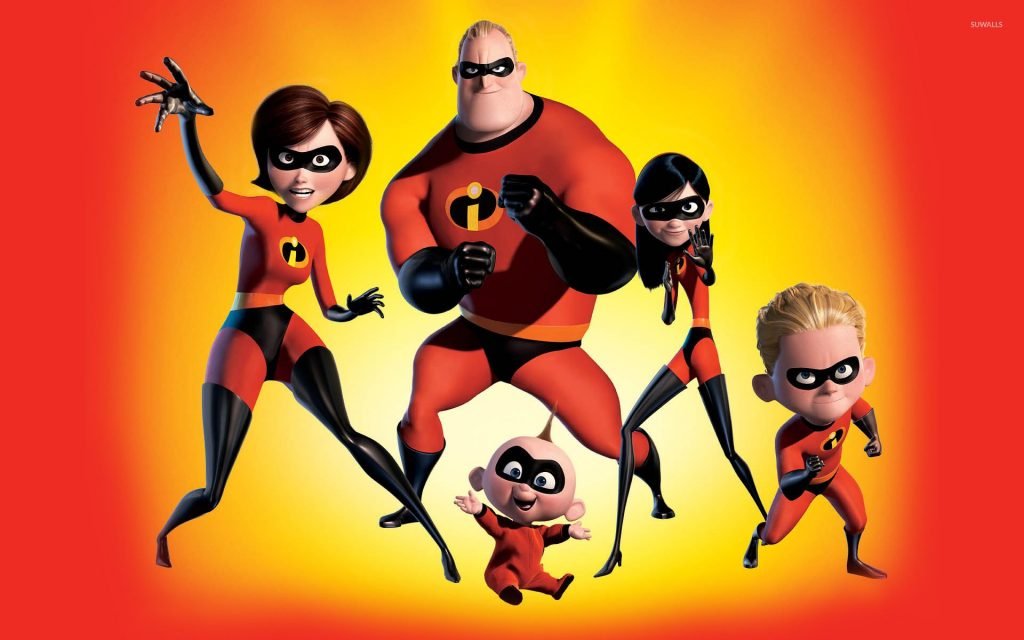 Hollywood seems to be learning its lessons but in the wrong way, as some say. The all-female remake of Ghostbusters was a disaster and many a distasteful eye was turned towards the all-female sequel to the the all-time greatest heist trilogy of all time – The Ocean’s trilogy. Yes, it’s a sequel, not a remake. However, looking at the cast of the film, and the fact that Steven Soderbergh is actually producing with Gary Ross directing should be enough to hook you. In fact, I’ll list the cast right here right now and nobody can fucking stop me. *takes deep breath* 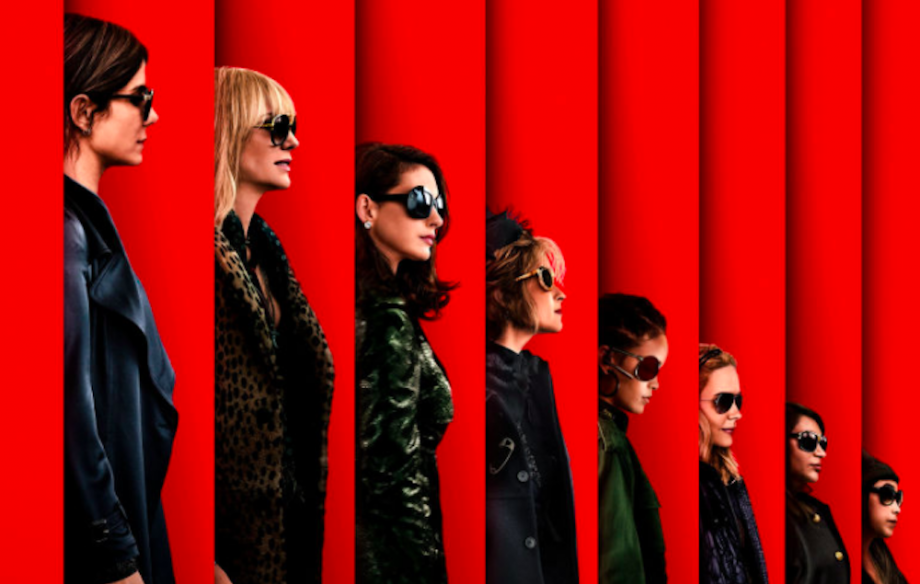 Hereditary is another movie that boasts a stellar cast but it’s the direction by debutant Ari Aster that really caught the eye of everyone at the Sundance Film Festival. Many reported the film as the most terrifying thing they had ever seen. The film’s story is relatively simple – a family being haunted after the death of the grandmother. But as we all know, when it comes to horror films, the simplest of them can be the scariest. This should be a must watch if you are a horror movie fan. 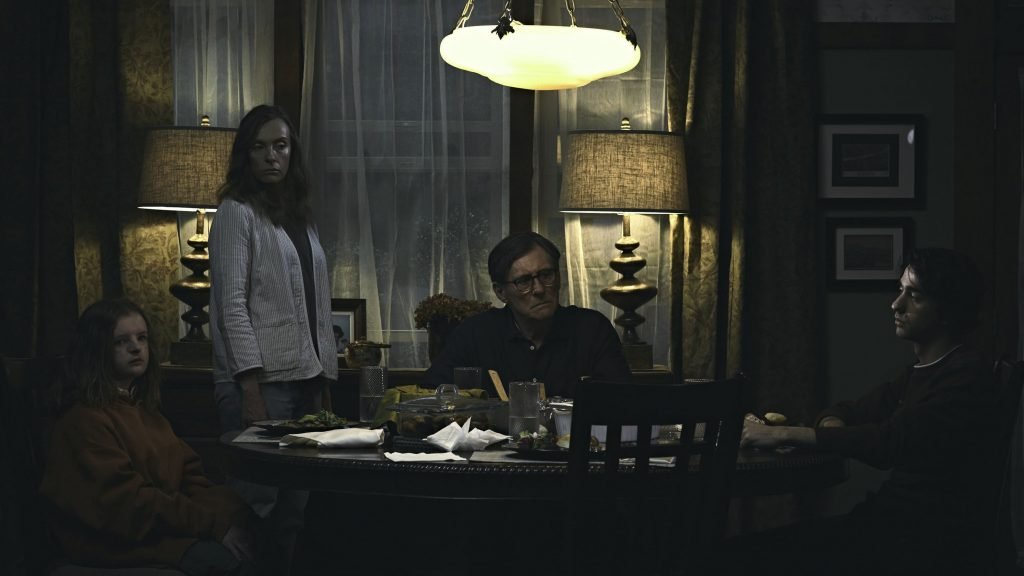 With the trailer of the film recently released, Sanju is already subject to a lot of scrutiny; a sentence that has been heard before. Directed by Rajkumar Hirani, starring Ranbir Kapoor as Sanjay Dutt, this is probably one of the most anticipated films of this year. Dutt’s life has been a roller-coaster to be honest and it remains to be seen how unbiased or biased is Hirani’s view of the life of one of his closest friends. Regardless of bias or controversy, this could be a career making role for Ranbir Kapoor and frankly, deserves to be watched for his performance alone. 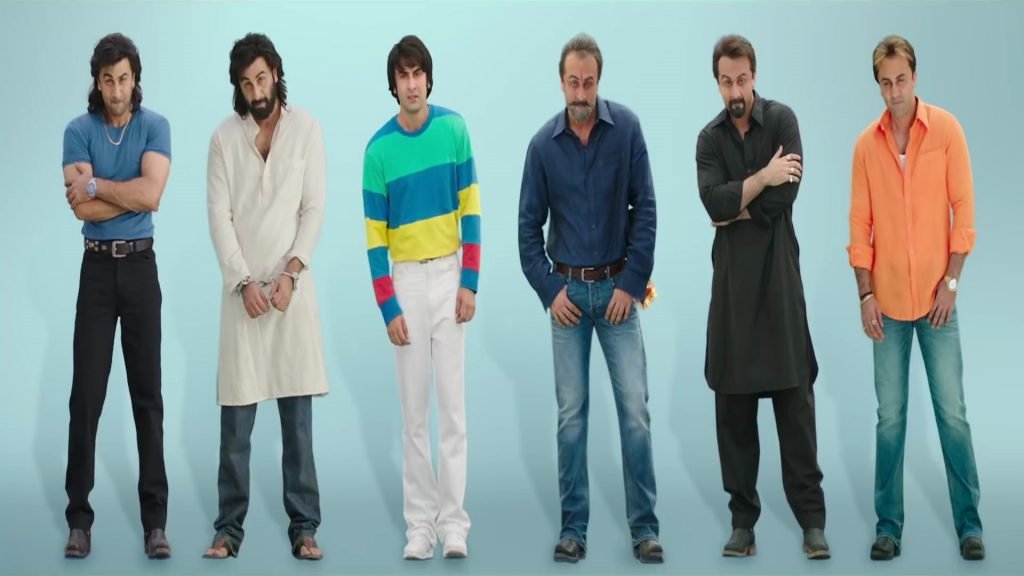 Thanks to many attempts by the Hindi film industry, there is no dearth of films based on the Chambal region. Most of these stories revolve around dacoits the film currently in question is no different. However, the film’s trailer and its strong cast, which includes Mahi Gill, Kay Kay Menon and Jimmy Shergill, make a strong case for it. About a power struggle between four people, Phamous may be one of the unflinching, real and grounded films we have always wished from our film industry. Let’s hope it is that.

There you go, a list of films you should definitely watch this month. If you think of anymore, then do yourself a favour and watch them as well. Hell, watch everything. The cinema, comrades, is ours for the taking.