This is the age of the movie adaptations. Almost all movies that you see are either adapted from a beloved anime series, a book or a comic book storyline. It’s not a bad thing, of course, the novelty of watching your favourite book come to life can never wane. But an increased production of anything leads to a glut and one could say that the glut is here.

But all negativity aside, there are some films that stand out, despite being adaptations of pre-existing material. Annihilation is a prime example of that, suitably adapting the creepy sci-fi novel and adding something wholly original to it. Thus, while all of these films may not be great, there are still some that give you experiences you never thought you needed. And hence, our little list of some adaptations that you really should look forward to. There were many to choose from, of course, a point made in the previous paragraph. But after painstaking (LOL) research, we boiled it down to 7 names.

For convenience’s sake, this list doesn’t have superhero movies, because literally all of them are adaptations of some major storyline and would probably cover the entire list. So apart from them, this list has quite the variety. Also, there are no films on this list for which the release is yet to be decided or tentative. And sorry, only theatrical films here, nothing of television. 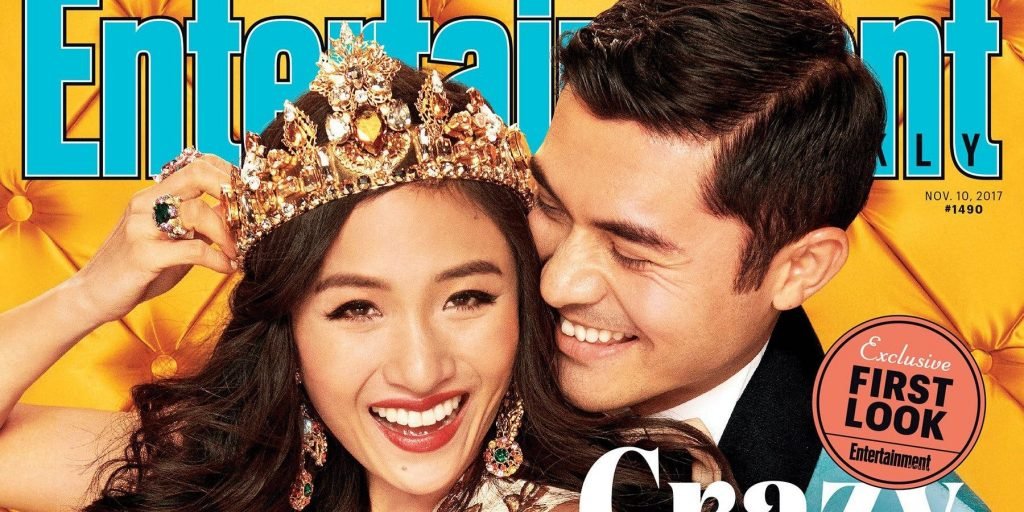 A romantic comedy about an American Chinese woman falling in love with an American, only to realise that he belongs to an enormously wealthy Chinese family. Needless to say, this novel made a lot of waves. Theatres all over the world are going to be graced by its esteemed and much-awaited presence.

The movie has a cast filled with top Asian actors, such as Michelle Yeoh and Ken Jeong and is directed by John M. Chu of Step Up fame. The film promises to be a crazy ride. It is one of the most awaited of all films being adapted from books. 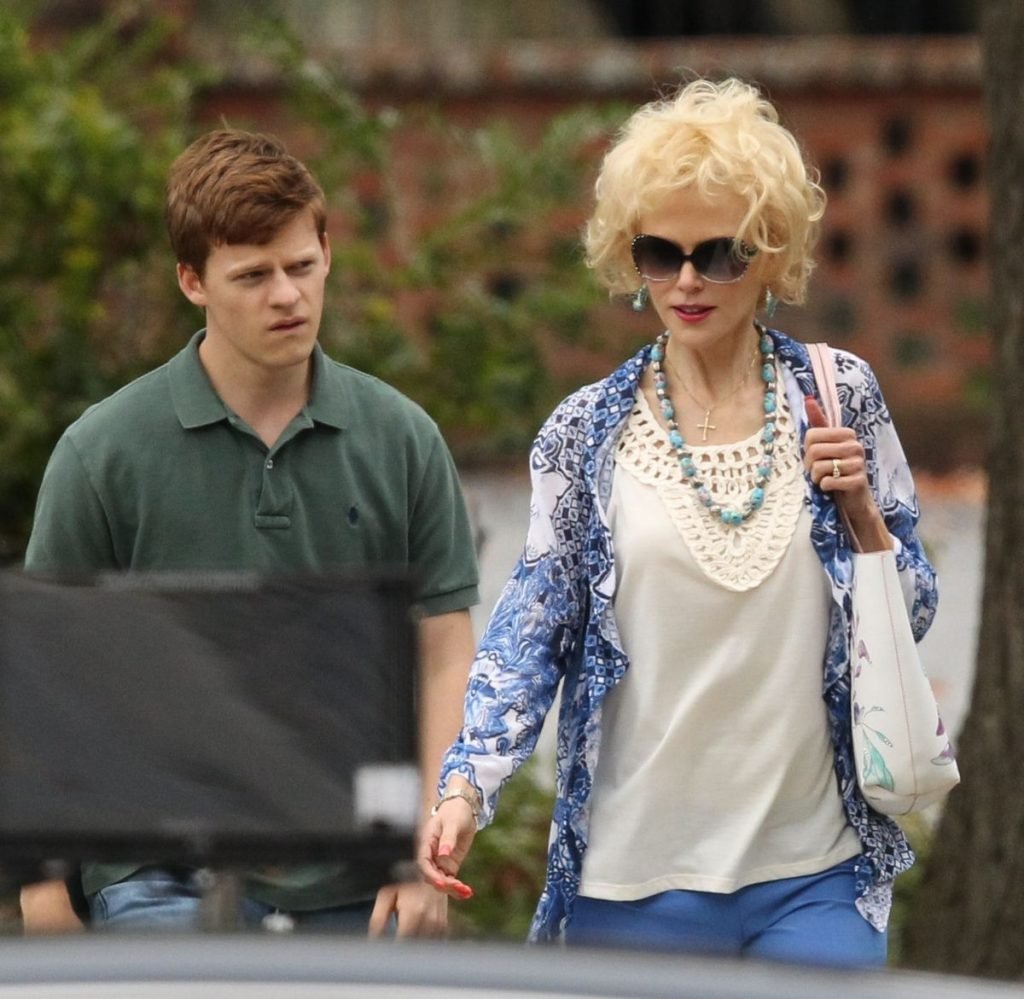 Despite the progress that we have seen in recent times, homosexuality is still a taboo subject in many places. Stories of forced conversion therapy and outright shaming of people who do not conform to so-called ‘moral’ or ‘religious’ standards are still heard. One such story is one of Garrard Conley, in his book titled Boy Erased.

The novel is about a young boy faced with a choice after revealing his homosexuality to his parents – undergo conversion therapy or face exile from his family and everyone he loves. The film adaptation of this novel has a stellar cast, boasting heavy hitters like Nicole Kidman and Russel Crowe, the duties of the director being handled by Joel Edgerton. If movies about relevant social issues interest you then this one should be top of your list. 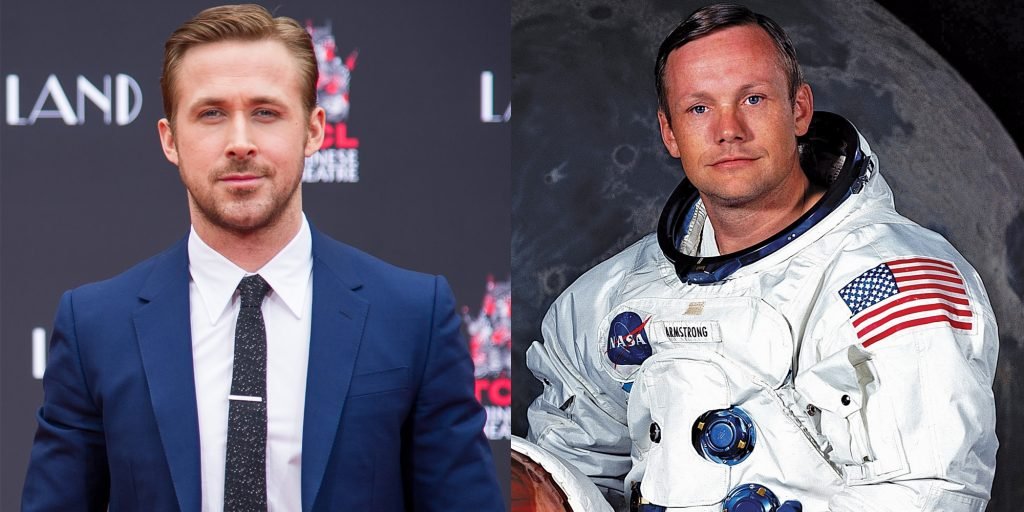 We all know the name of the first man on the moon. It’s on your lips even before you finished reading the earlier sentence. But how much do we know about the man himself? How much do we know about his life, his upbringing, his time before his first step on the moon? First Man was a biography written to elucidate this facet of Neil Armstrong’s life. It is now being adapted into a film.

The primary reason to be excited for it, of course, is the fact Armstrong will be played by none other than Ryan Gosling, along with Claire Foy, Corey Stoll, Jason Clarke and Jon Bernthal. Fasten your seatbelts, ladies and gentlemen. 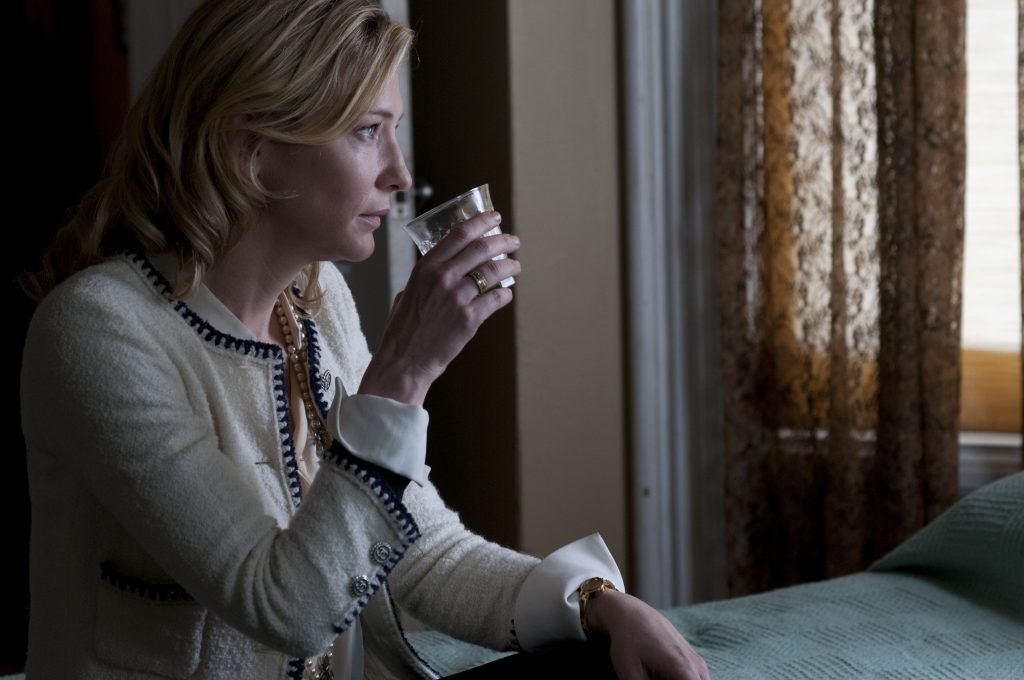 The story behind this particular novel is simplistic in nature. An agoraphobic architect and mother named Bernadette go missing and the responsibility falls upon her fifteen-year-old daughter to find her. The novel has been referred to as ‘screwball satire with a warm heart’ and that it ‘explains what is sick and sad about American life.’

The film adaptation, as with all the others on our list, has an amazing cast – Cate Blanchett, Billy Crudup, Kristen Wiig, Judy Greer, Laurence Fishburne…whew! Just watch it when it comes out.

5. How The Grinch Stole Christmas by Dr Seuss 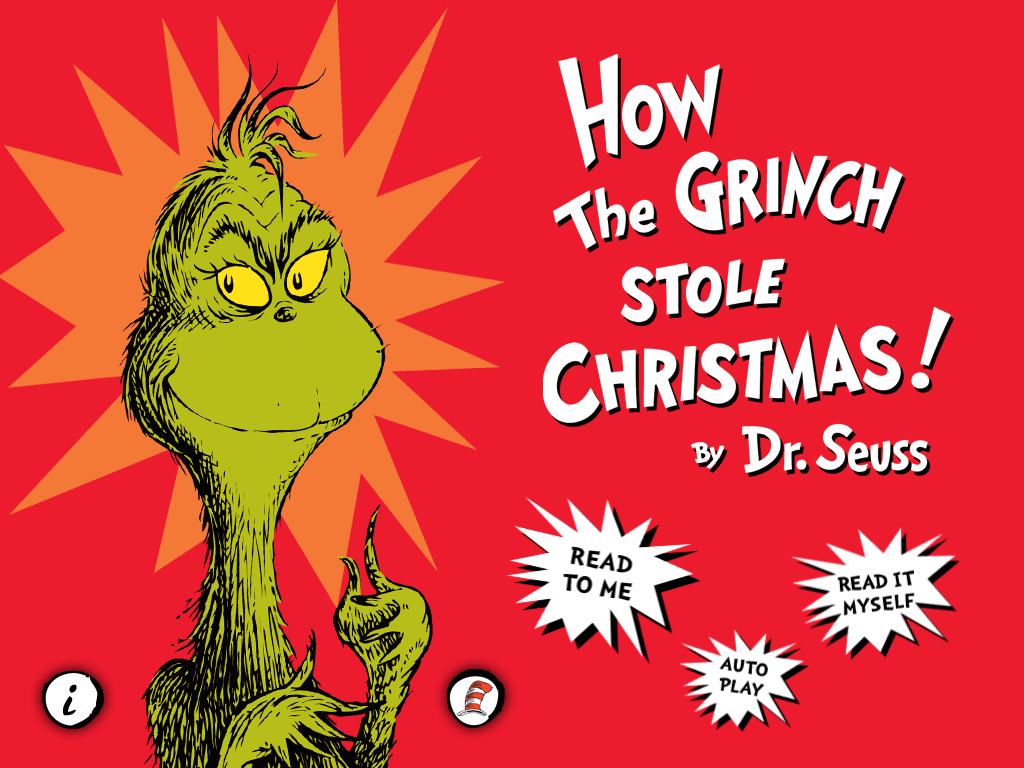 Dr Seuss can never get old or worn out, no matter what your age or level of maturity, which age has nothing to do with if my mother is to be believed. There are many creations by the man that have withstood the test of time. They have been adapted again and again, with the vigour and love they deserve. How the Grinch Stole Christmas is another example of Seuss’ many iconic creations.

A green, surly monster who hates Christmas, the term ‘grinch’ has become synonymous with those that attempt to trample upon this festival of joy, even today. And that, my friends, is why we should look forward to the latest animated adaptation of this story, with Grinch being voiced by none other than Benedict Cumberbatch himself. I think that’s all the incentive you need. 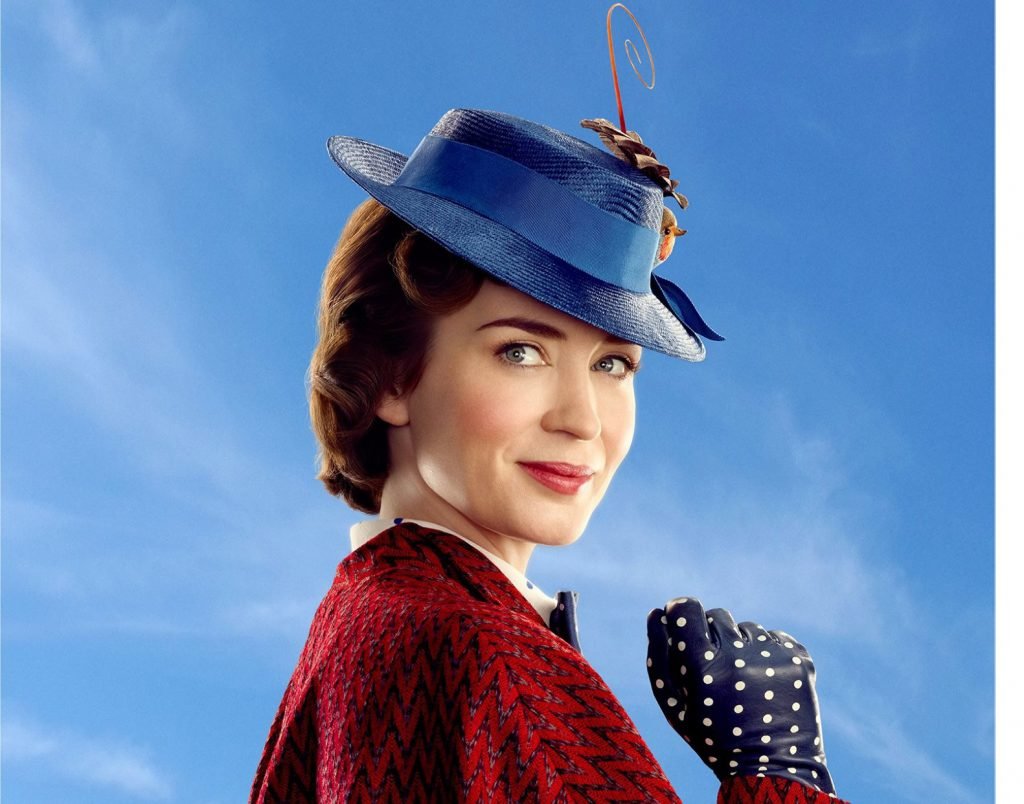 There is literally nobody who hasn’t heard of Mary Poppins in their entire lives. I mean, how could you be oblivious to one of Julie Andrews’ most iconic roles, the other being Sound of Music? The film has long since been declared a classic and rightly so. Its blend of music and fantasy struck a chord with so many audiences that it remains fresh in our minds, even today.

The sequel to this classic is being released this year. The iconic role is being essayed by none other than the supremely talented Emily Blunt. To say that she is an amazing actress would be an understatement and I, for one, cannot wait for her to land on our screens with that umbrella of hers. 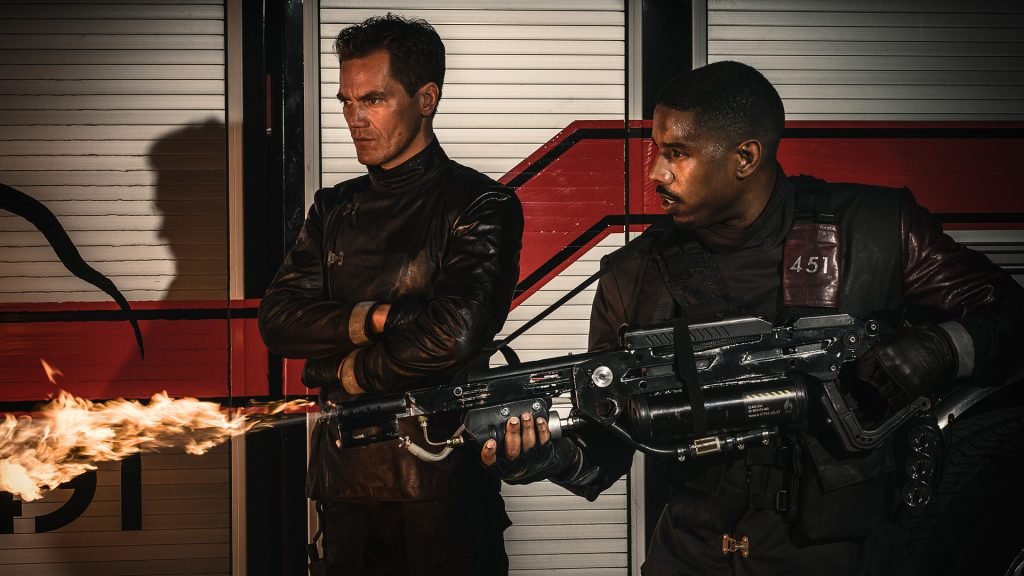 In the 1960s Ray Bradbury wrote a novel that was deemed as a classic almost instantly. In it, he imagined a world wherein books and all forms of reading were outlawed. Any books that remained would be burned down by people known as ‘firemen.’ The novel is about one such fireman who begins to question the world around him and hence the story unfolds. There have been a lot of adaptations of this work and the latest one will be released this year. The film stars Michael Shannon, Michael B. Jordan, Sofia Boutella and Lilly Singh.

Some of the adaptations that you should be excited for this year. It’s a good time to be a fan of the written word because of the liberality with which directors are picking them up.

Let’s hope these adaptations live up to the name.