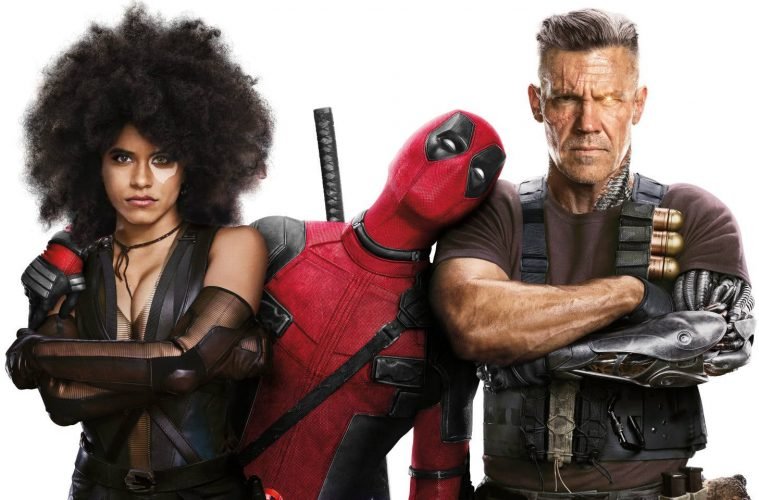 7 Upcoming Movies You Don’t Want To Miss This Month

After witnessing the grandeur of films like Avengers: Infinity War in April, movies in May are going to be a dessert after a toothsome feast. Drama, Comedy, Action, Romance, and Thriller, a complete roller coaster ride of movies is ready for you to hop in. Some of these movies that have kept us waiting for a long time.

Here we are with 7 upcoming movies in May to look forward to and enjoy with other movie buffs:

First of all, 2018 is the best year to be a superhero fan without a doubt. Deadpool 2 is Marvel’s ultimate action-packed R-rated treat to its fans. After the tremendous success of Tim Miller’s Deadpool, the trailer of John Wick fame director David Leitch’s Deadpool 2 was received with high excitement but even higher expectations.

The movie, as the trailer suggests, is full of gags, and funny references to other movies and even the DC universe. Josh Borlin, after vanquishing Avengers and destroying half of the universe as Thanos, has returned. Starring as the live-action version of the famed X-Men character Cable. The trailer reveals Cable looking for a kid and Wade Wilson Deadpool, backed by a bunch of merry mutant warriors, trying to fight him. The trailer has already got over 13 million views. Winning hearts across the globe, it will finally put an end to fans’ long and desperate waiting on May 18.

After winning millions of hearts in Shahid and Citilights, the collaboration of Hansal Mehta and Rajkumar Rao is back with another serious crime drama, Omerta. It is based on the life a British terrorist of Pakistani Descent, Omar Saeed Sheikh. The biographical thriller Omerta finally struggled its way out of the Censor Board Office with a release date- May 4.

It has been featured at the Toronto International Film Festival and has already bagged several accolades. Omerta recounts the story of the kidnapping and subsequent beheading of Wall Street Journal reporter Daniel Pearl in 2002. It has made people pretty curious and also caused quite a stir at the Censor Board. Omerta walks the fine line between being insightful and being questionable. Hansal Mehta and Rajkumar Rao together seem to have pulled-off this difficult task of showcasing the life of vicious terrorist with utmost sincerity.

The new solo flick of the ever-expanding Star Wars franchise! It is centered on the notorious space smuggler and will be releasing on May 25. As the trailer suggests, Solo: A Star Wars Story is the stand-alone movie of Han before he becomes the Han Solo as we know. His space adventures where he meets his future co-pilot Chewbacca.

It’s been ten years since the rebel hero Han Solo mounted a successful rebellion against the Empire and married Princess Leia. Director Ron Howard and Lucasfilms take us on an intergalactic tour back. Before Rogue One and A New Hope, with a young Han Solo on a series of adventure escapades into a dark criminal world. Also, a  lot of Han Solo’s backstory will be retold in a never-seen-before comical way on May 25.

They ruled the Indian Film industry in the 70s and 80s and now they are back after 27 years. A father-son duo to tickle your funny bones. Based on a Gujarati play by the same name, 102 Not Out talks about an unusual father-son relationship. The 102-year old father and his 75-year old son, both have aged differently. They have different outlooks towards old age and do not get along very well.

Starring Amitabh Bachchan and Rishi Kapoor in pivotal roles and helmed by OMG- Oh My God! fame director Umesh Shukla. It is a comedy-drama about a 102-year old man who wants to break the record of the oldest living man. Unlike the Bollywood romantic love stories that come with a guarantee of success or the mainstream nonsensical comedies where stars, as many as the Producer can afford are stuffed in the movie. They are made to make stupid faces to get a laugh out of people. It explores the uncharted terrains of Hindi Cinema and will be hitting the silver screens on May 4, rubbing shoulders with Hansal Mehta’s Omerta.

Based on Calling Sehmat, a best-selling book by Harinder Sikka. Dharma Production’s Raazi is a spy-romantic period thriller about a Kashmiri girl-spy who goes to Pakistan after her marriage to a Pakistani Army Officer.

Meghna Gulzar, who has demonstrated her excellence in dealing with movies of darker narratives with her last film ‘Talvar’, is trying her hand for the first time in a period thriller film based on a real-life story. This movie takes us back into the troubled times of the Indo-Pak War of 1971.

Alia Bhatt is a playing the role of a Kashmiri girl, Sehmat. She undergoes training as a spy and marries a Pakistani Army Officer to source out information ahead of the 1971 War that is hanging over the head of India. Masaan fame Vicky Kaushal is playing Pakistani Army Officer and Sehmat’s husband. If you like patriotic period films, the espionage thriller Raazi releasing on 11th May is a definite watch for you.

Vikramaditya Motwane is a well-known filmmaker with a long list of unconventionally brilliant and successful Hindi movies like Udaan, Lootera, Trapped and Queen. Helmed by Vikramaditya and bankrolled by many big names such as Eros International, Reliance Entertainment, Vikas Bahl, Madhu Mantena and Anurag Kashyap, Bhavesh Joshi Superhero’s trailer looks very promising and the movie is all set to hit the silver screen on May 25.

Furthermore, Bhavesh Joshi Superhero is the coming-of-age story of one young man-turned-vigilante in his quest to bring justice. In this action flick, Harshvardhan Kapoor has played the titular role of the hero who practices martial arts, goes rogue, attacks corrupt people and mostly operates at night under the guise of a masked “superhero”.

7. Parmanu: The Story of Pokhran

Finally, John Abraham starring Parmanu: The Story of Pokhran is an action-drama flick based on India’s first successful nuclear tests conducted in Pokhran, Rajasthan. This movie chronicles the story of India’s first confidential nuclear tests led by Dr APJ Abdul Kalam in 1998 after which India achieved the status of being a nuclear power. Starring John Abraham as Captain Ashwat Raina, this movie portrays true events using fictitious characters. It serves as a reminder of India’s one of the most prominent milestone events post-independence.

Due to the conflict between the two production companies of the film, KriArj Entertainment and John Abraham Entertainment, the release date of the movie had to be postponed several times. However, it will finally be releasing on May 25, wrapping up the May movie season.