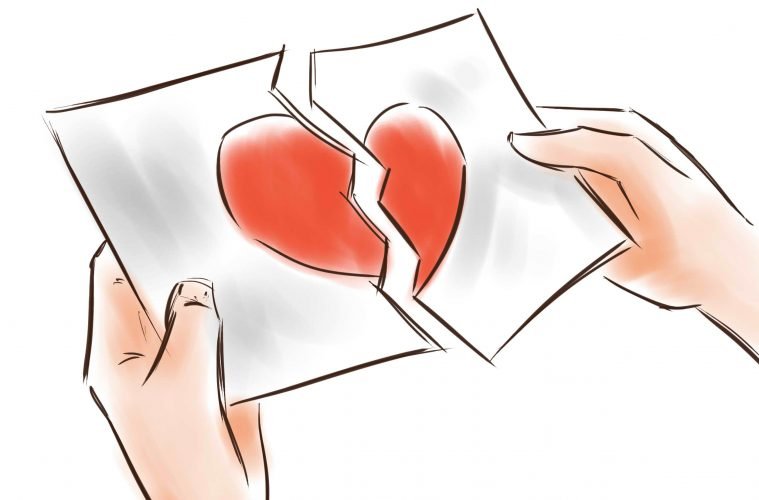 The laws of attraction work in weird ways. The entire cycle of being attracted to someone, staying and then breaking up is cumbersome. And it kind of depends on how close you have got to the other person. Since breaking up has become a customary thing now, it is important to do it in a believable way.

The girl you once believed perfect is now suddenly irritating with her constant texts. The guy you thought was dreamy with his stellar looks, is “too busy” to text. You are a true coffee addict and they can not seem to like the smell of it. Having doubts now, aren’t you? You can leave it to Aamir Khan who convinces a gullible Saif Ali Khan in the iconic Dil Chahta Hai to break up with his dominating girlfriend. “Usne teri khuddari ko lalkara hai yaar, kya kar raha hai”.

Your friends can be equally interested in you breaking up with someone, helping you to come up with novel ideas. Here below are a few ways to detach yourself from that not-special-anymore someone. And although some seem cringeworthy or not believable, these have worked for people around me.

Fore-warning: No idea how ugly this can get, so run for cover if you sense trouble.

1. Kundli Does Not Match

This is something that is most common in the Indian arranged marriage scenario. The two supposed candidates meet each other, but invariably one does not like the other. A quick shelter is to match the kundli using Astro based softwares and finding a mismatch. If not for the couple, then for the progeny that will descend. That is right! there are now Android based apps to help you match the 36 checkpoints that need to be aligned. So go on, find a mismatch and call it off, I say!

While this may seem unbelievable and kind of made up, it has happened to a couple around me. Nothing seemed to be off about the two, they seemed very much into each other. One day the guy just up and said, “My Gym instructor said my focus on you is distracting me from my gym goals. So I am putting our relationship on hold till I get back in shape”. Probably a candidate for the worst break up reason list.

3. Your Face Reminds Me of Someone

This seems to be a vague recollection from Kaho Na Pyar Hai or some other movie where in the hero ends up playing a double role. And with the mother of all coincidences, the girl falls for the twin lookalike. This did not actually happen, but something on similar lines did. A friend of mine had been dating someone for a week and then suddenly as happens in most cases, she found the guy boring. So she just told him that you kind of look like my sister in law. And what do you know, it worked. They parted amicably. Note this one down you guys, it is unique and new.

4. He/She Has Not Watched Your Favourite TV Series

In a time when Netflix has gained more momentum than Times Now debate, tea time conversations are usually about which series you watched. Or which ones you didnt. The fan following surrounding Game of Thrones, Westworld and 13 reasons why is surreal. So if your significant other hasnt watched your precious TV series, dump them using this reason. Like the Trekkies say, “Captain Kirk is the man, and I do not want to hear another word about it.”

5. You Found Their Profile On Tinder

Well this is kind of a tricky one. When you find your significant other’s tinder profile, there is not much left to say. You can walk away with your head held high and say, “We are done”. The only question is, what were you doing looking up profiles on Tinder when you found them?

Other than maybe correcting the statement grammatically to “It is I”, no one will have a response to this, because no one has been able to decode this in “ever”. It is kind of like the Bermuda Triangle of relationships’ time and there is no coming back from this. But it is probably the best bet while breaking up with someone. Leave it to them to figure out if they really did something wrong. Kind of like the ending of the movie Inception and Shutter Island.

It is not all bad with the breaking up scenario. Some people actually break up amiably and move on like nothing happened. Call it maturity or advanced relationships, it works for some people. But its not all bad, like I said.

7. I Need Time To Explore Myself, Maybe Do A Little Solo Travel

This is something that has come up on the block fairly recently. With more and more people in age bracket 20-30 taking on full time travel, part time working, full time social media posting and part time making friends with random strangers is on the rise. This is a fair way of actually breaking up with someone actually. You always get a benefit of not being in contact when you are travelling. Although a lot of people who use this probably do not even end up going to the local chaiwala at the end of the road.

Imagine a romantic setting in a dimly lit restaurant. The instrumental music is making the light from the chandelier dance to its tune, with a little help from the air con vent. The food is pristinely laid out on the table, the colors springing to life. Two individuals sitting at the table, lost in their own gaze and seemingly in love. Convinced that the other is what they cant do without. The guy reaches for something in his pocket and with a flourish, presents a ring to the girl. He clears his throat and with a look on his face that would do Romeo proud, asks, “Will you marry me?”

The girl smiles a half hearted smile and with a tear glistened in her eye replies, “Yes, i want to. But Papa nahi manange” !!!