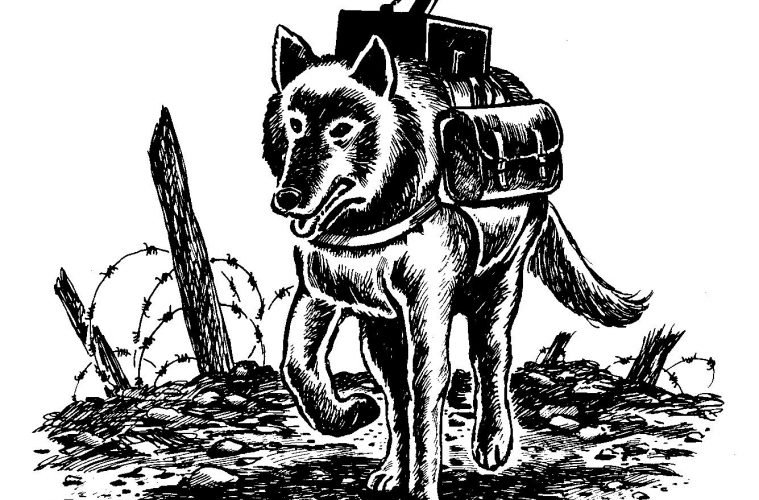 “Necessity is the mother of invention” said one of the wise men that have walked the earth. In india, we have a better saying. Do not hunt for the well when you spot a fire. Its supposed to mean, that one should be well prepared for any measure in case of emergencies.

But being prepared requires time, notice and hard work. Sometimes the combination of these three are not available. And then we should think about what one more great man said, “Try and Try, till you succeed.” (Sometimes I wonder if the great men who said such stuff, actually got their hands dirty and did some work too).

The world wars I & II happened in the early 1900s. This obviously means that technology was still developing on most fronts or did not exist. Which means that there were a lot of crazy ideas out there that were yet to be discarded. But men and women of that era were brave, they did not have time to worry about being ridiculed. As a result of this, a lot of ideas for weapons came from common folk whose towns had befallen at the hands of the war. Not all of them were good, some backfired too.

Lets take a look at some of the crazy weapon ideas of World War I & II.

Statutory warning: Do not make any crazy weapons at home after reading this. Some of you have a wild imagination. At max, you can use mentos and coke for a kick if you want.

At enemy fronts, the soldiers usually took shelter in the trenches dug out for them. But sticking your head out for looking for the enemy invited the wrath of the snipers on the other side. This led to the invention of the periscope attached anti sniper rifle. The soldiers took shelter in the trenches and used a periscope attached to the rifle to view the enemy. I feel this is the first time I have known the use of a periscope apart from a submarine. 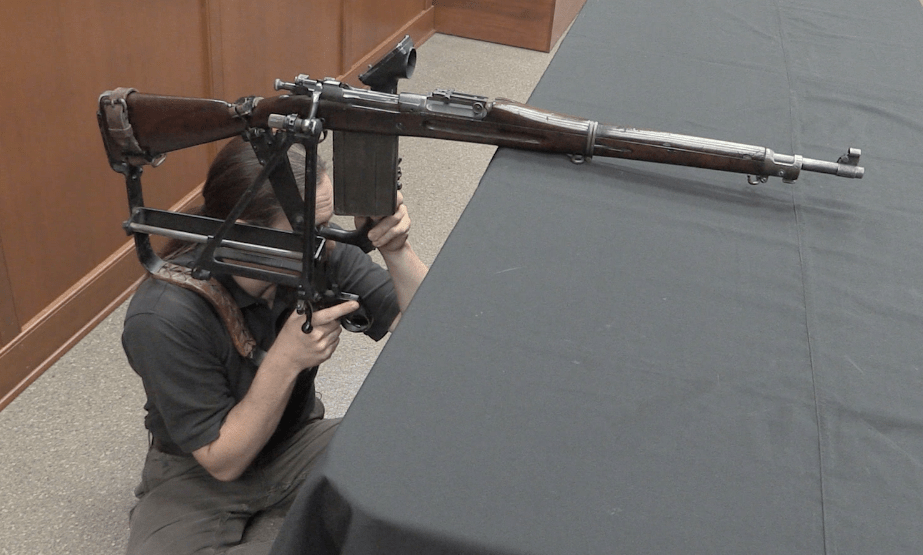 The age of robots is maybe far from being a reality. And robot junkyard wars was still a far far time from being aired on TV, but this did not deter the germans from inventing a robotic bomb delivery unit. Code named the Goliath, it was a miniature tank based robot that would deliver bombs beyond enemy lines. The devices could then be triggered via remotes. But with limited technology available, the Goliath was painfully slow moving and quite heavy in weight. Its reach was limited and was exposed to a risk of getting stuck. The usage was limited to a few battles, but it died a slow death without much contribution.

Now here is a really interesting idea. The human hand can only throw a grenade so far. Which means they had to be used from close proximity of the enemy. But using a catapult to throw the grenade would increase its reach farther away. This was probably before the invention of an artillery machine which would come in handy in later battles. But the science behind it seemed simple and easy to use. 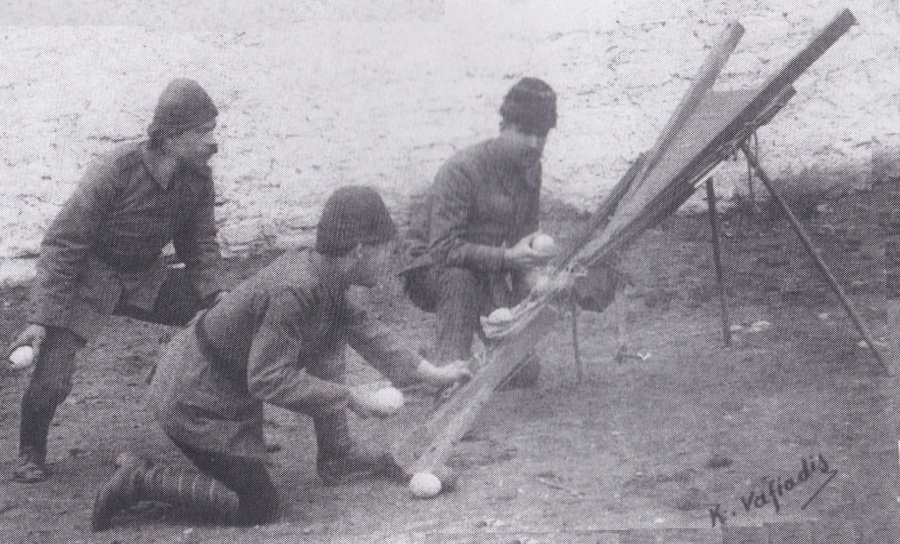 4. Mine dogs from the Russians

The Russians were not far behind in the urgency for a creative weapon during the world wars. They trained dogs to run beneath a rolling tank and then detonate the explosives tied on the back of the canine. The idea of using an animal for such a weapon seems unrealistic, but this was actually used in WWII. The only glitch was that sometimes based in instinct of impending doom, the dog would run back to the Russians. If the explosive was triggered just before that, the Russians had to bear the brunt of explosives intended for the enemies.

It took a slightly creative mind to simplify the issue created by a slow moving tank in a fast paced war. The German army mounted a large tank that weighed more than 1300 tonnes onto a railway chassis that could move the tank. It was a unique invention and could fire shells upto a distance of 30 kms.

But it did come with its own set of challenges. Being too heavy in weight meant frequent offloading was an issue. The upkeep of such a behemoth structure and the damage it did to itself with usage was much to bear. It was ultimately decommissioned and made way for better tanks with a longer range. 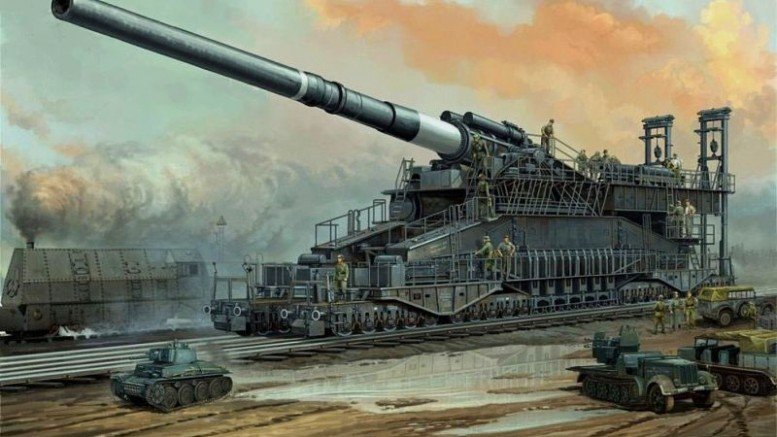 The Americans went to an extra ordinary measure here by catching rats, filling them with plastic explosives and then throwing them onto burning fire to create an explosion. The Germans however intercepted the plan and caught the container with these explosive rats.

The Americans however had a moral victory as the Germans believed that there were many such containers released across the continent and actually had people looking for the explosive rats.

These were created by a Brit named Barnes Wallis during WWII. The idea was to have a bomb with a hardened armour tip that would penetrate upto 150 metres into the ground. This was followed by an explosion which would create an earthquake. The information available on this suggests that the Earthquake bombs were sufficient enough to create an earthquake of magnitude 3.6. Talk about man made earthquakes is not such a distinct reality. 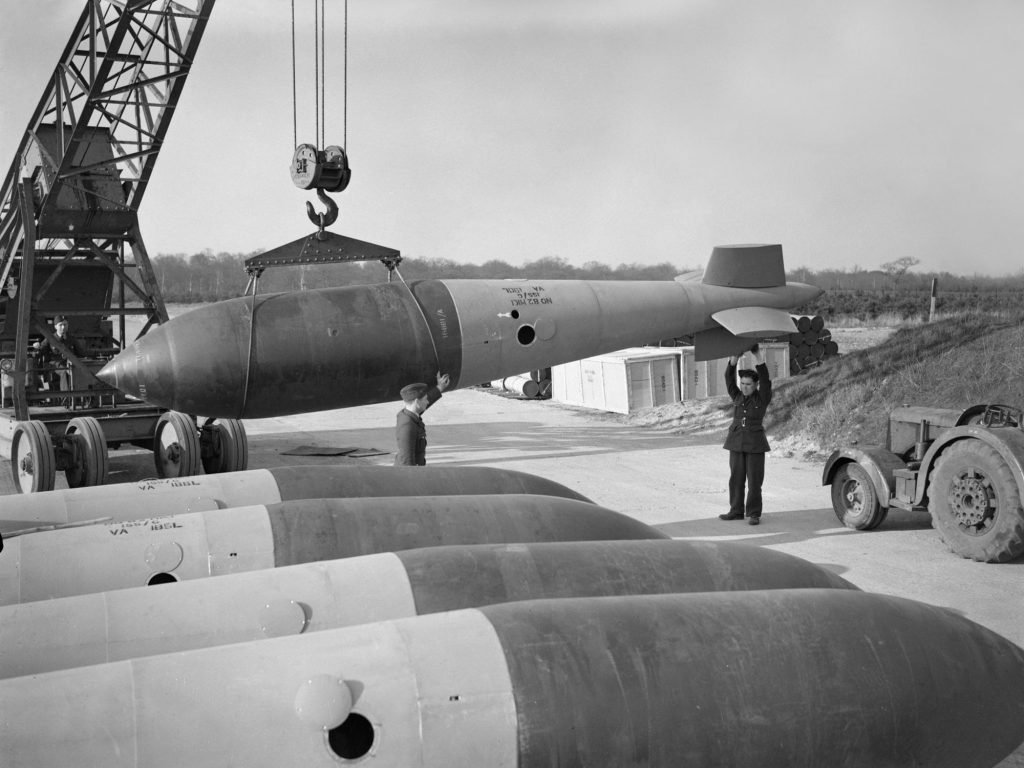 The use of many more such crazy weapons which lived and failed, were modified onto better weapons with the advent of technology is a testament to the creativity of the human brain. Its only potent for the survival of the human race, that we reduce the expectancy of wars for the loss of humans and environment both. Of course there is much wisdom in the statement, “There are no winners or losers in a war, there are only casualties”.