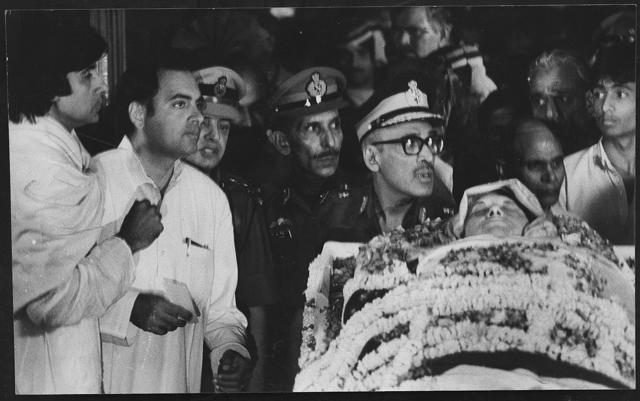 A political assassination as we know it, is never just a murder. It is also not just a blow to a country. It puts an entire web of countries in inexplicable dilemmas and risks the exposure of several secrets that need to kept secret.

The five names below are some of the most controversial, dim and shadowy murders that continue to have several mysteries attached to them. 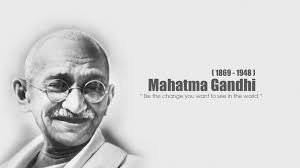 The father of India was shot by Nathuram Godse on the 31st of January at 5:12 pm. This is what our textbooks taught us. But there were several elements of this assassination that a lot of us do not know. Mahatma Gandhi had wanted to dissolve the entire Congress after India gained its independence. And Godse said that he had fired only 2 bullets.

So why were there 4 bullets on Gandhi’s body? Why was no postmortem was conducted on the father of the nation? Why, if the hospital was only 4 kilometers away, was no hasty action taken to move Gandhi to the hospital? And why was the trial so hasty when even Gandhi’s son did not want Godse executed?

Although Godse admitted to the killing, his final statement to the court before death was said to be legendary and almost convincing. Some of his reasons were controversial, where he objected to Gandhi’s pro-muslim fasts and policies while others seemed bordering on rational. He had been a follower of Gandhi, but when he realised the politics Gandhi practiced, which according to him meant Gandhi’s complete control over every policy, every plan and every movement, irrespective of the consequences it may bear. According to Godse, Gandhi had already condemned “history’s towering warriors like Shivaji, Rana Pratap and Guru Gobind Singh as misguided patriots”, and believed that Gandhi’s belief that ‘A Satyagrahi can never fail’ betrayed Gandhi’s conceit and “nobody except himself (Gandhi) knew what a Satyagrahi is.”

“If I’m to die by the bullet of a mad man, I must do so smiling. God must be in my heart and on my lips. And if anything happens, you are not to shed a single tear.” 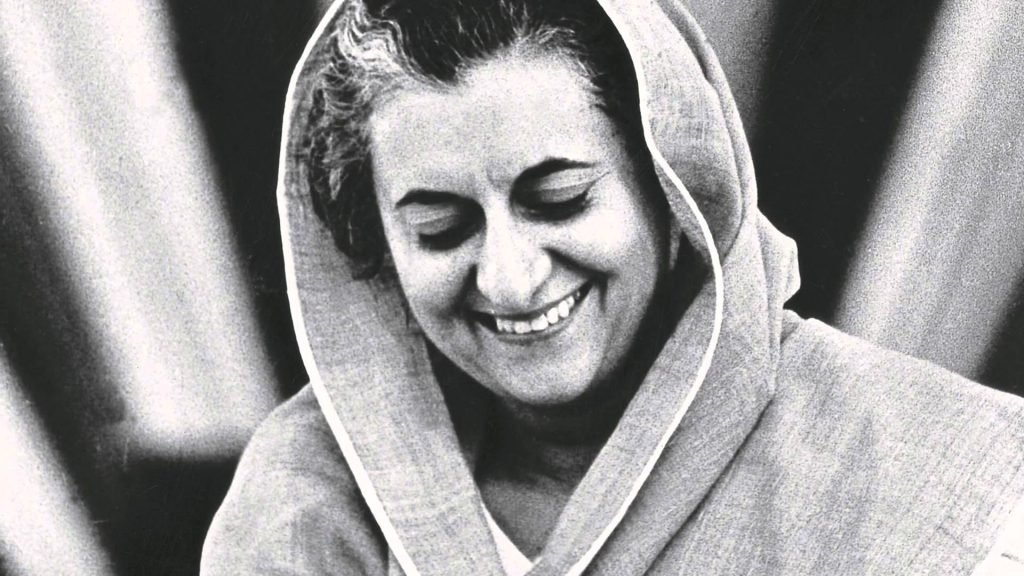 We are all aware of the infamous ‘Operation Blue Star’.  Approximately 492 civilians, 136 army men and some 200 militants lost their lives, but Sant Jarnail Singh Bhindranwale was finally drawn out of the golden temple by the 10th day of the operation. It had been carried out with the help of bazookas, helicopters, tanks, artilleries, chemical weapons and other military strengths. The fact that the entire operation could have been avoided by simple using the blockade technique, where essential items and facilities and blocked for the particular site (similar to what Rajiv Gandhi did for Operation Black Thunder) nullified all justifications of the project.

Indira Gandhi’s Sikh bodyguards killed her 3 months later. The Sikhs saw the operation as an attack on their community. The assassin, Beant Singh, had shot her thrice, and as a punishment was shot in a closed room. His accomplice, the second bodyguard, Kehar Singh was sentenced to hang till death in Tihar Jail. That the wounds are still raw can be judged from the fact that assassination attempts on the officers who lead or participated in operation Blue star continue. Most officers live in anonymity, their anonymity being their only protection. 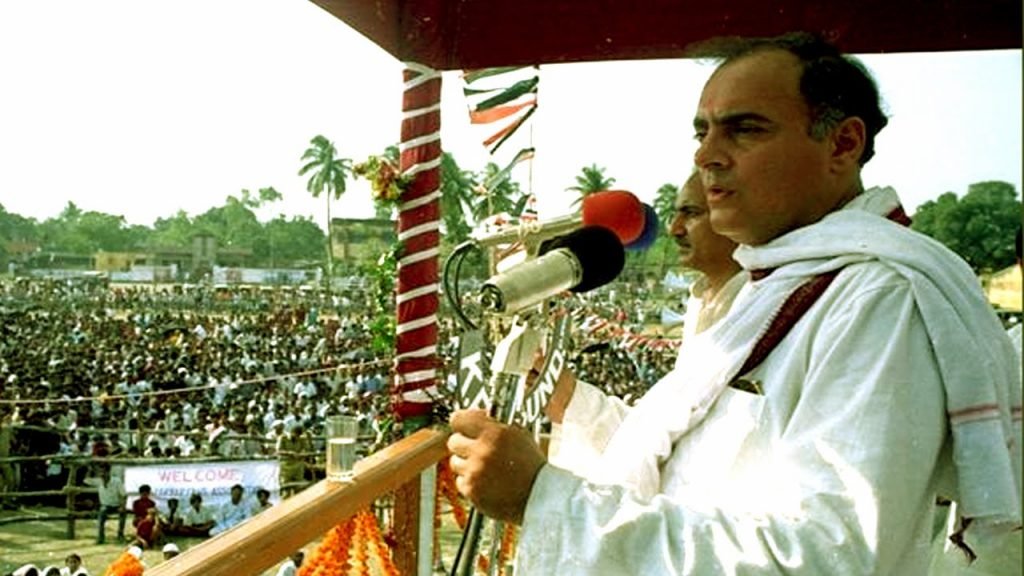 On the 21st of May, 1991, just before his expected return to power, Rajiv Gandhi had rushed to a rally in Chennai. In a hurry, he had travelled without his security chief. At around 10:21 a woman bent down to touch his feet. When Gandhi bent down to pick her up, the woman, sent by Liberation Tigers of Tamil Eelam (LTTE) triggered a suicide bomb. This killed several people, along with Rajiv Gandhi.  As a result India, who had until then been a crucial ally for LTTE, declared it a terrorist organisation. But why did the LTTE take such a step?

When the LTTE and Sri Lankan government were standing head to head ready to burn the other down, Rajiv Gandhi sent Peacekeeping forces (IPKF) to create some stability. He did this without informing the cabinet.

American CIA is also rumoured to have stricken a deal with the LTTE. This is because Rajiv Gandhi had been promoting the development of the IT sector like never before. Therefore, America was threatened with the possibility of another super power’s emergence. Thus, a deal was brokered between America and Chandra Swamy and Subramanya Swamy of LTTE. The assassination of Rajiv Gandhi was the third unnatural death in the Gandhi family in a little over 10 years. Several attempts had been made to kill Sanjay Gandhi. He finally died in 1980. Indira Gandhi was shot dead by her bodyguards.

This forced a reluctant Rahul Gandhi into politics. It was he who asked Sonia Gandhi to decline the place of India’s Prime Minister. He  feared that she too would be assassinated. 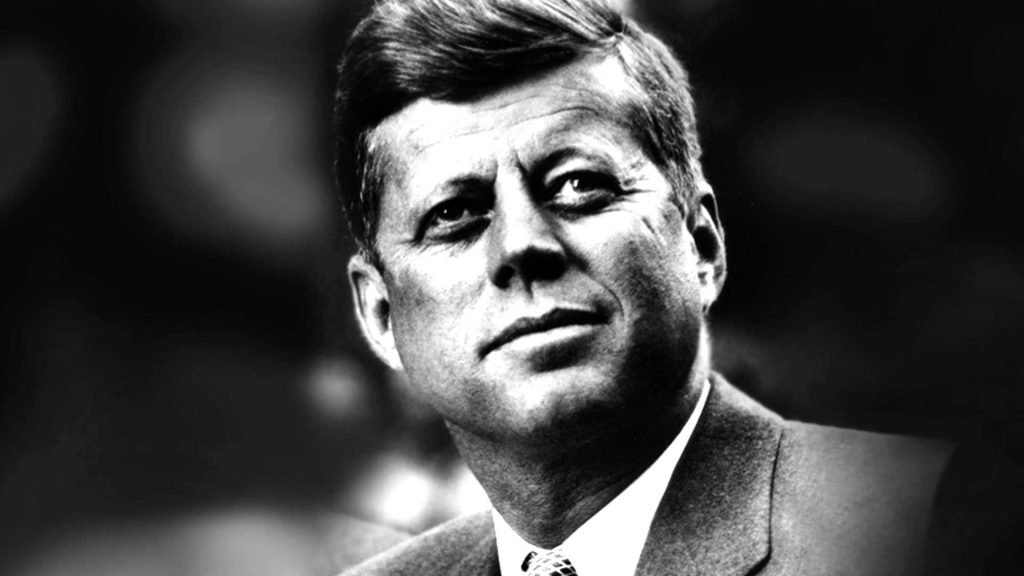 At 12:30 pm CST, President Kennedy was allegedly shot dead by Lee Harvey Oswald when he was in Dellas, Texas. Kennedy planned on standing again in the elections happening in November 1960 and for that Texas, where he had barely won the first time, seemed like a good point to start working. The major Democratic parties in Texas were fighting a battle among themselves which Kennedy though he could help in resolving. But he was shot dead from a building while he travelled in his car with his wife.

Two days after Oswald killed Kennedy, a nightclub owner from Dellas, Jack Ruby, shot him. He was being taken to city jail from the county jail and on his way to the car, Jack Ruby, who had no previous plans, shot him. Ruby stated that the death of Kennedy had left him distraught and he did not want Mrs. Kennedy to have to go through the torture of watching the trial. It was clear that he thought he would be hailed as a hero, which he was, as he received several fan letters.

However, Oswald had denied his involvement in the murder and it is suspected that a great, heavily guarded secret lies behind the assassination of the late President that very few, George HW Bush among them, know. 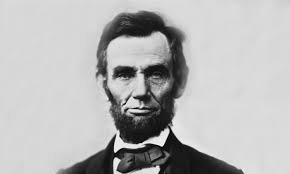 Assassinated on the 18th of April 1865, when the bloodiest war of America, the Civil war, was finally coming to an end, Abraham Lincoln needs no introduction. He had fought vehemently for the African Americans who were being abused for no fault of theirs for several years. John Wilkes Booth, the murderer, claimed that he did the right thing in order to save the ‘state rights’. These rights included the right to rape and enslave African Americans and forcing them to live a life worse than animals.

Wilkes was an actor who supported slavery and was furious at the thought of its abolishment. He shot Lincoln in the head when he was seated in his scantily secured opera box. Lincoln lost his life the next morning. As a result, the Southerners suffered a lot more, as Lincoln’s terms for reconstruction of the South (that had been heavily damaged during the war) were extremely generous. He was a man with enough influence to ensure that his terms were followed. These terms were so unstinting, that his fellow Republicans frequently clashed with him over his policies.

Many in the South knew immediately after Lincoln’s death about the disaster that Lincoln’s death had brought upon them. His successor, Andrew Johnson, was a loyalist Southern Democrat whom Lincoln had picked in order to make the Southerns believe that he wanted truce and equal rights. But after his death, Johnson narrowly escaped being convicted, the reconstruction of the South was humiliating and destructing for them, leading to the rise of the likes of George Wallace, KKK, and so on. 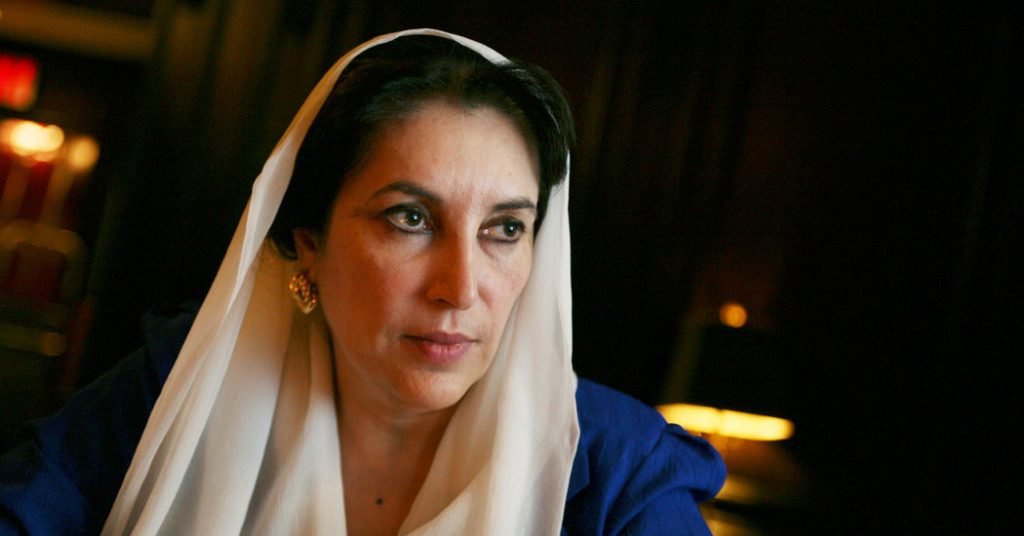 Despite being accused of corruption several times, Benazir Bhutto had a remarkable political career given the fact that it was in Pakistan. She rose to fame after the assassination of her father. He was hanged to death by Pakistani military dictator Zia Ul Haq.

During the 2008 general elections, she went to a rally in Rawalpindi after coming back to her country. Bhutto was in Dubai since 1966 after her government was dismissed by President Farooq Leghari. Here a suicide bomber assassinated her. It is said that he shot at her thrice just when she was about to sit in her bulletproof vehicle after completing her rally and then detonated his bomb stuffed vest. However, no autopsy was conducted. Circumstantial evidence was also wiped out.

The Taliban is one of the few who are assumed to have committed the murder. Bhutto would often speak boldly against them especially since they had been in alliance with Zia Ul Haq. 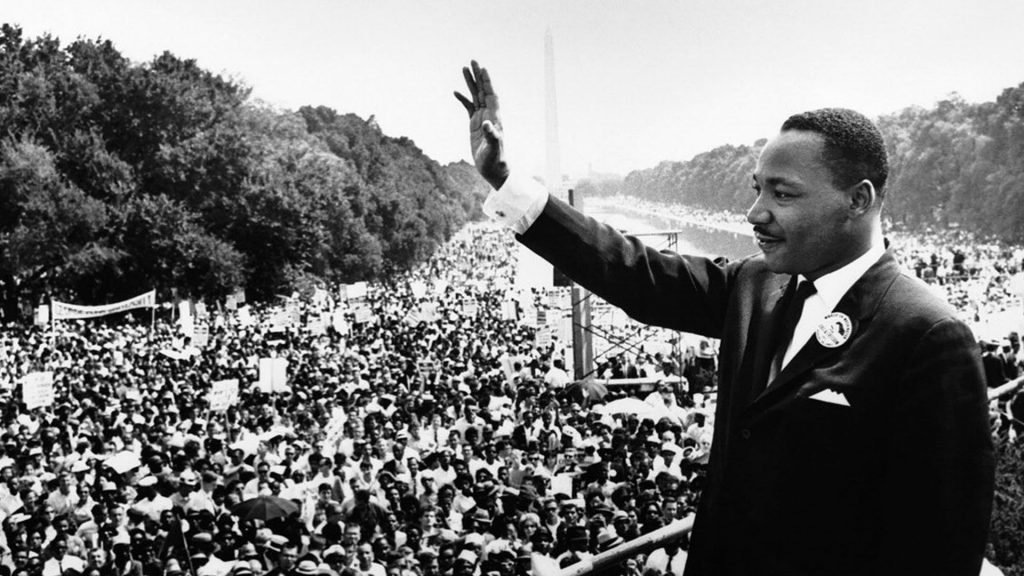 Initially, Martin Luther King Jr. was a clergyman. He later became the most well known leader of the Civil Rights Movement. He had been inspired by Gandhi’s non violence technique and followed the same in his protests. After his “beyond Vietnam” speech in New York, several of his allies had turned against him. This included President Lyndon Johnson, as Dr. King. had called America “the greatest purveyor of violence today.”

When Dr. King was at the Lorraine Motel leaning over his balcony, a bullet pierced his jaw. To this day, the name, location and motive of the shooter remain ambiguous. The man arrested was James Earl Ray, who was sentenced 99 years in prison, without a trial. He had filed an “Alford Plea of “legally guilty” as he lacked the resources required to defend him in capital charges. The judge who was considering his petition for a trial was found dead, with his head on Ray’s petition. Ray was about to lose his life to a liver disease when he was asked to confess to the murder. He was promised by prison authorities that after his confession, he would be allowed to die outside the prison. However, Ray refused and died in prison.

The King family too eventually began to believe that he was innocent. In 1993, Loyd Jowers, spoke of a conspiracy that he played a part in. He was the owner of a restaurant near Lorraine motel This happened on ABC’S Prime Time Live.The U.S. Government and Mafia had according to him conspired together to kill Dr. King. The shot, according to him had been fired by Lieutenant Earl Clark. 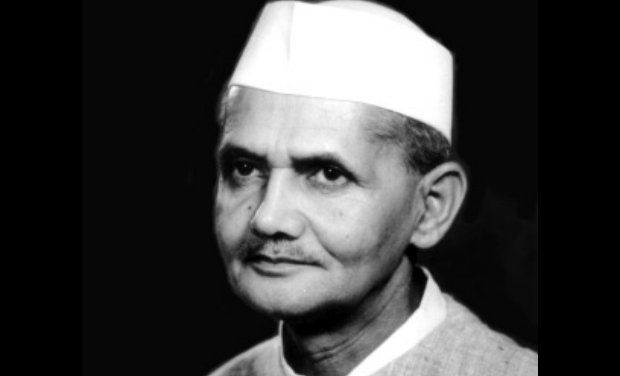 Former prime minister Lal Bahadur Shastri – one of modern India’s icons whose enduring popularity cuts through all divides. What really happened in the wee hours of January 11 in Tashkent (Uzbekistan) in 1966 remains shrouded in mystery, largely thanks to the gratuitous state secrecy resorted to by our government.

Generations have gone by, but conspiracy theories about what caused Shastri’s death have not ceased. After signing the Tashkent accord, around 4pm on January 10, Prime Minister Shastri reached the villa he was provided by his Russian hosts. Late in the evening, he had a light meal prepared by Jan Mohammad, the personal cook of TN Kaul, the Indian ambassador to Moscow.

But around 1.25am on January 11, Shastri woke up, coughing severely. The room he was in had no phone or intercom. So he walked out to another room to tell his staff to inform his personal doctor RN Chugh. By the time Dr Chugh arrived, Shastri was dying. The symptoms were of a heart attack. There was not much Dr Chugh could do now.

Shastri’s wife Lalita died thinking that her husband had been poisoned. Other family members and near and dear ones, like childhood friend TN Singh and close follower Jagdish Kodesia, were not able to make sense of the cut marks on Shastri’s stomach and back of the neck. The cut on his neck was pouring blood and the sheets, pillows and clothes used by him were all soaked in blood.