The famous movie producer Madhur Bhandarkar propped up in news once again. His latest release, Indu Sarkar which released in July is the reason behind it. The movie talks of the year 1975. The time Indira Gandhi led Emergency was prevailing in the country. Congress Politician Sanjay Nirupam wrote to Censor Board Chairman Pehlaj Nihalani against Bhandarkar. Mr. Nirupam wrote:

“The trailer of the film says it’s a film on Emergency. And hence we can see the likes of our beloved leaders like Indira Gandhi, Sanjay Gandhi and other senior leaders. We, therefore, want to be certain that our leaders are not shown in bad light & hence would like to see the film before it’s censored.”

Bhandarkar said that he will show the movie to the Censor Board. However, he will not adhere to what any political party has to say.

But this is not a first time a movie got entangled in a political controversy even before its release. Such movies have always been a mirror to sensitive issues to our society. Here is a list of movies that rocked our Indian cinemas by touching on sensitive political topics. 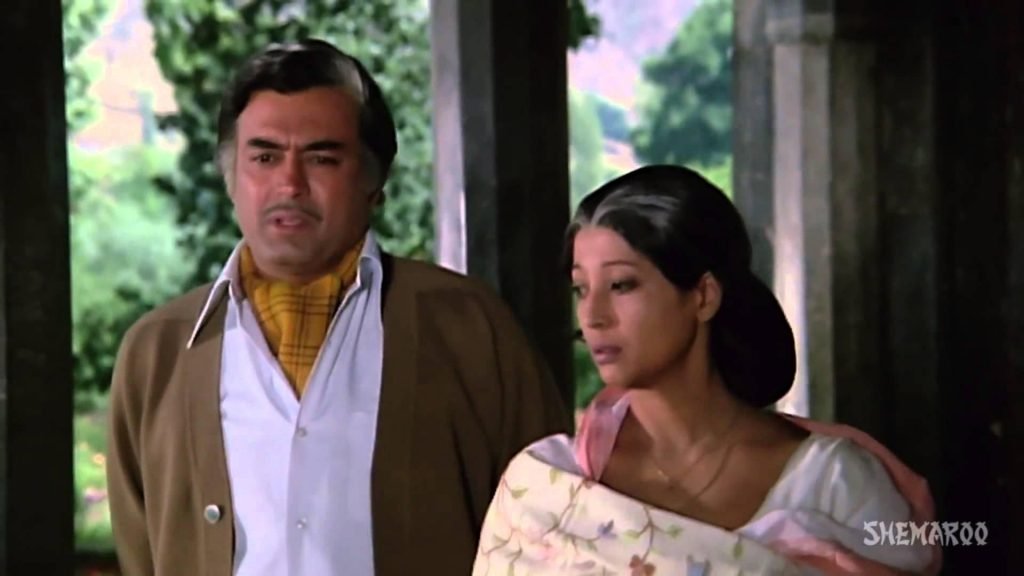 A 1975 Indian political drama film starring Sanjeev Kumar and Suchitra Sen, and directed by Gulzar. The movie is apparently depicts the story of Indira Gandhi and her relationship with her estranged husband Feroz Gandhi. As expected, this movie was not allowed a full release when Mrs. Gandhi was in power. It became the most controversial movie due to the ban imposed on it. However, this movie did win awards, for Best Actor male and Best movie by critics choice. Janata Party premiered this movie on the national television after defeating Indira Gandhi led Congress in National Elections in 1977.

According to two staff members of Mrs. gandhi, the film bore no resemblance to the PM. But the way Aarti, the lead of the film, carried herself indicated otherwise. Thus the distributors and exhibitors did not know how to project the film before it was released. The distributors did not know whether they should sell it as a women-centric movie. Or rather as another movie with great music from R. D. Burman. However, as expected the film got banned. But that didn’t change much as it was banned only after it ran for 20 weeks upon release. 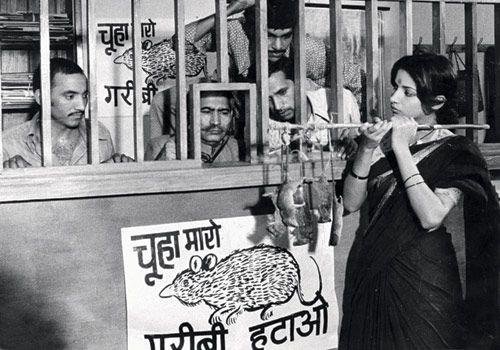 Kissa Kursi Ka is a 1977 directed by Amrit Nahata, who was a member of Indian parliament. Produced by Badri Prasad Joshi, it was a satire on Indira Gandhi and her son Sanjay Gandhi. It spoofed Sanjay Gandhi’s auto-manufacturing plans, later established as Maruti Udyog. The cast included veteran actress Shabana Azmi, Utpal Dutt, Rehana Sultan and Manohar Singh. The plot revolved around a corrupt politician Gangu, trying to win over its public, depicted as a mute and helpless Shabana Azmi.

Due to its connection with Sanjay Gandhi, the prints of this movie were confiscated and burnt in the factory of Maruti Udyog in Gurgaon. The Shah Commission investigated the matter, and subsequently found Sanjay Gandhi guilty. He was termed one-month jail, and was denied bail.

Reportedly, it is one of the movies that never released due to the political horseplay. The movie was remade and released in 1978. the movie not only spoofed Sanjay Gandhi but people close to Indira Gandhi’s coterie – like her private secretary RK Dhawan, her guru Dhirendra Brahmachari and Rukhsana Sultana, a close associate of Sanjay Gandhi.

A 2010 biographical political crime thriller based on the life of Paritala Ravindra, directed by Ram Gopal Varma. Ravindra was a politician in Andhra Pradesh, a former cabinet minister and a sitting MLA. He was assassinated in 2005 by his rivals. The film starred Vivek Oberoi as Paritala Ravindra and Suriya as lead roles. It majorly covered the gangs and the politics of Anantapur district of Andhra Pradesh. It was nominated for Stardust Readers Choice Award for Best Direction – Action/Thriller. Film critic Taran Adarsh said:

“On the whole, RAKHT CHARITRA is not for the faint-hearted or the lily-livered. The violence, the blood and gore depicted in the film will shock and disconcert you, which only goes to establish as to how proficiently the subject material has been treated.” 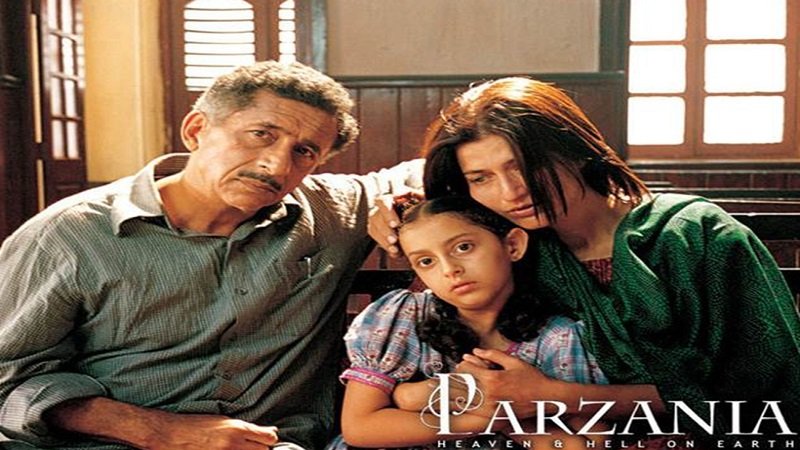 A 2007 Indian drama film co-written and directed by Rahul Dholakia. The movie starred the veteran actor Naseruddin Shah, as Dholakia found him to be the obvious choice for the role. It was based on the real events of the “Gulbarb Society Massacre”, which took place on 28 Feb 2002 during the Gujarat riots, more popularly known as Naroda Patiya case where more than a 100 people were butchered. The movie is a story of a ten year old Parsi boy Azhar Mody, played in the film as Parzaan Pithawala, who disappeared after the massacre. With the given unrest among the public, Human Rights Commission was formed. Several witnesses and victims testifed against the nonchalance of the police to protect them from the rioters.

Dholakia wanted to portray the other side of this massacre. But he had underestimated Babu Bajrangi – the principal accused of the Gujarat riots.  Post riots, Bajrangi had been popular for dictating over the gujaratis lifestyle. When the movie was released, Bajrangi threatened the theatre owners and forced them not to run the movie as it did not portray Gujarat in a good light. As a result, not a single theatre in Gujarat ran this movie. 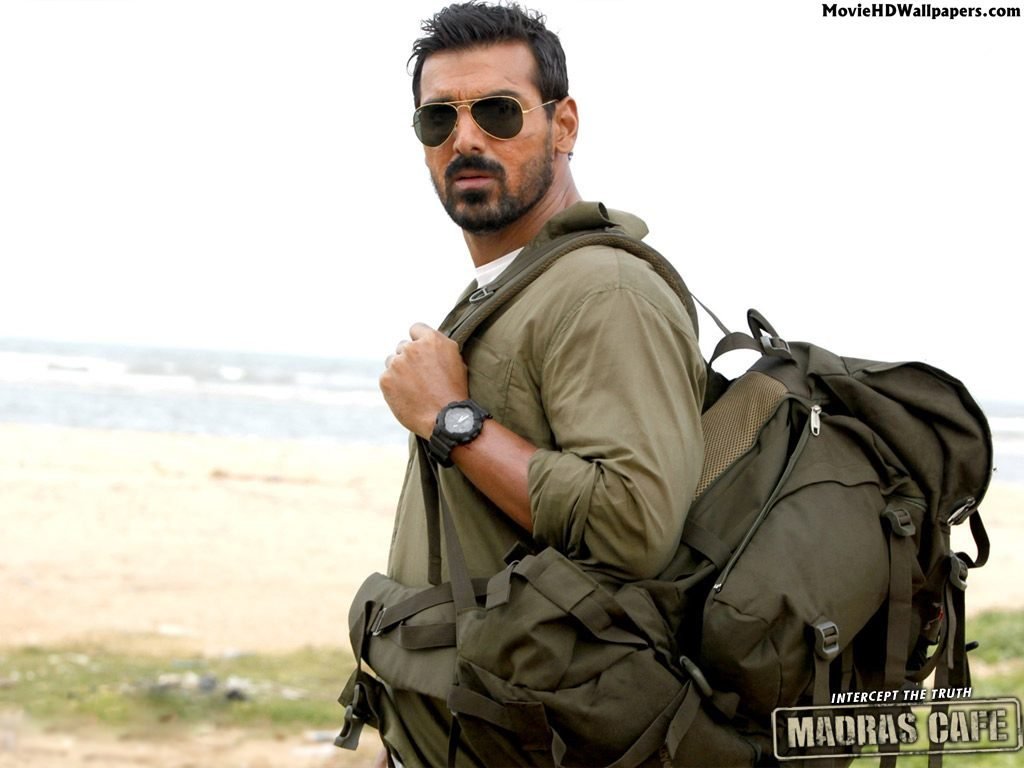 The film won the National Film Award for Best Audiography and sound design. The film was initially titled Jaffna after the northern Sri Lankan city. It was later called Madras Cafe because the plot to kill Gandhi was hatched at the café. The original location of the café is not specified in the film. 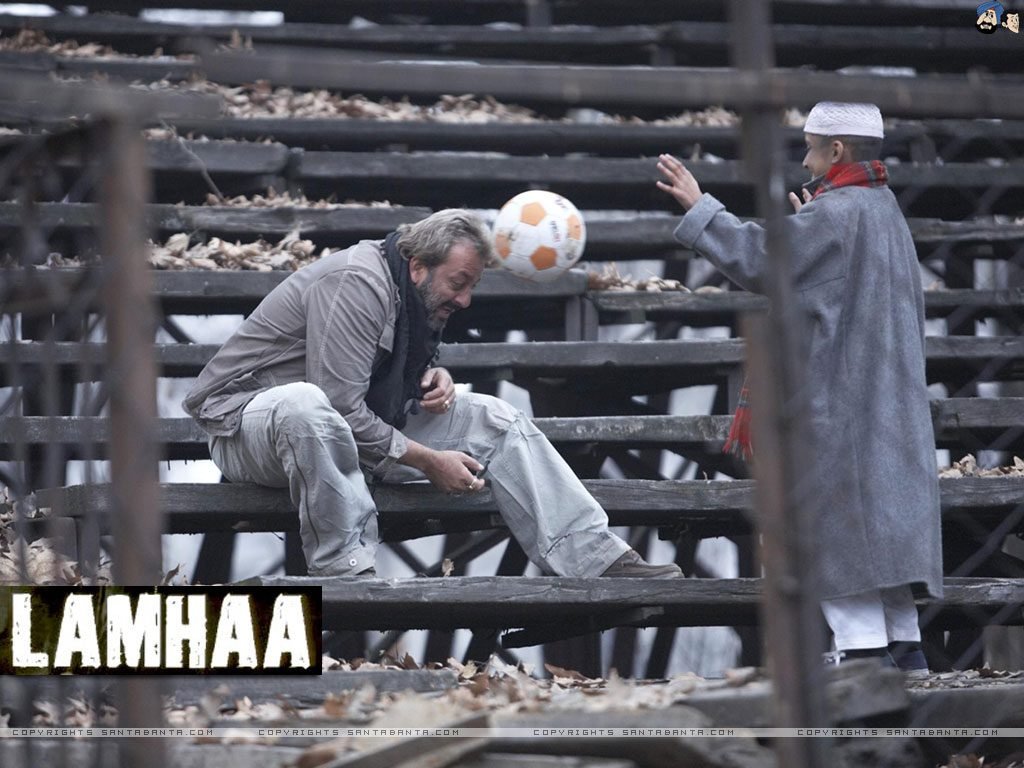 An action thriller film written and directed by Rahul Dholakia, released in 2010. The story revolves around an army officer and his love interest, amidst Kashmir issues. Critics say that the relevance of Lamhaa lied in its ability to give you an overview about the ugliness of greed and intolerance through the example of Kashmir. From the communal cauldron of Gujarat 2002 to the story set up in the Kashmir valley, Dholakia carries forward his tryst with political cinema.

However, the highpoint of Lamhaa is it portrays Kashmir as is. It does not overdo any aspect – neither the political issues, nor the love story nor the scenic beauty. Also, the film refreshingly and realistically posits no solutions. All it does is to transport you to one of the most dangerous places in the world that lies at your doorstep. Further, it takes a hard-hitting look at the movement for self-determination and the role of the Indian state in post 1989 Kashmir.

However, the movie faced ban in countries like Pakistan, Saudi Arabia, Oman, UAE, Bhrain, Kuwait, and Qatar. Its screening was cancelled in Kashmir amid the tense atmosphere. The producer didn’t want to be insensitive to the sentiments of the Kashmiris. 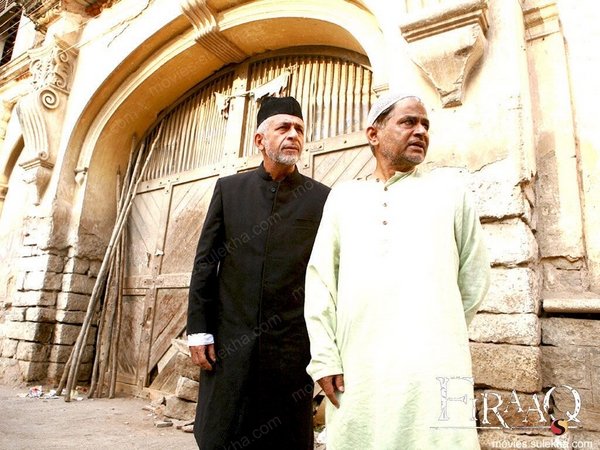 A 2008 political thriller film set one month after the 2002 Gujarat riots. The title means both separation and quest in Arabic. The story has a 24 hour timeframe. That is a month after the carnage that took place in the communal riots. It follows the life of several ordinary people. Some who were victims, some silent observers, and some perpetrators of that fateful event.

The focus of the movie was on how their lives  changed forever. The movie stars Naseeruddin Shah, Nawazuddin Siddiqui, Paresh Rawal, among others. The movie won two national awards. Further, It won top honours at the Asian Festival of First Films 2008 in Singapore. It also won the awards for Best Film, Screenplay, and Foreign Correspondents Association.

This movie drew parallels and inspiration from multiple places. While the characters and their stories seem inspired from Mahabharata, it seamlessly entwined with the present day politics. Right from characters being very similar to Mulayam Singh and Sonia Gandhi. The situations seemed similar to that of the likes of Rajiv Gandhi’s death. The Prakash Jha movie of course faced trouble from the day it hit the censor board’s office. But it pulled through.

Whether one portrays a true story or a fictional one, the moment it touches politics, things get tricky. Politicians do not want people to know the truth. Audience does not want any rosy picture of a story. In the end, either we get a half baked story, or important scenes get cut. However, there are some filmmakers who do not budge. But do their movies survive? Well, we all know the answer.