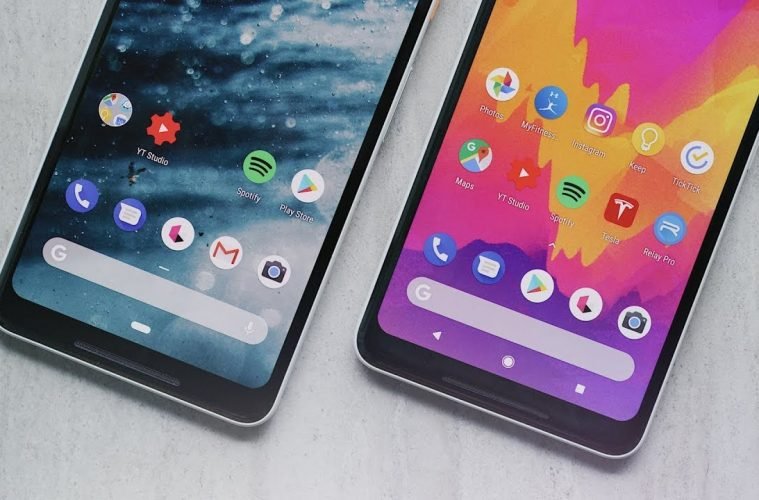 The story of every new Android is the same, a great update. But you can only get it on a Pixel. New phones will launch next year with the updated version. Your current android phone might get it but it will take longer than you want. Google released the final beta of Android P on July 25, 2018. So here is a look at a few new features that are coming with the update.

This is the most prominent and divisive feature of Android P. Google has taken a leaf out of the iPhone X’s book by adding these navigational gestures. The new system replaces the home, back, and multitasking buttons with a single home button, gestures and other buttons that appear on the screen as and when needed.

You swipe up once to get to the Overview pane. It consists of all your recently used apps, letting you switch between apps or going into split screen. Swipe up once more and you get the full app drawer with all your apps. You tap the home button once to go back to the home page. On the other hand, you can swipe right on the home button to switch between apps quickly in a screen similar to the Overview pane but not identical. Google has still not developed a gesture to go “back”.

Whereas past versions of Android have often tapped into machine learning to predict what app you want to use and provide suggestions thereafter, Android P takes it to another level. Pie has introduced a feature called “Actions” which predicts what you want to do with the app.

Actions are based around the OS noticing particular patterns in how you use your phone. Call your Mom everyday at a particular time? Android will start suggesting that action. Or if you connect your headphones, it might suggest to resume playing the last played song. App Developers will have a chance to develop app actions for their apps as well once the adoption of Android P reaches a good level.

Slices is a part of Google’s initiative to bring more AI and machine learning to Android. It is a way for app developers to make parts of their app show up in the search results. Google cites the example of a ride-hailing app called lyft. In addition to the app showing up in the search results, some specific actions will also show up such as book a ride home or to work or check the prices. If you are excited about this feature, you will have to wait a little while because Google says that even on the Pixel phones “Slices” will be available in fall. 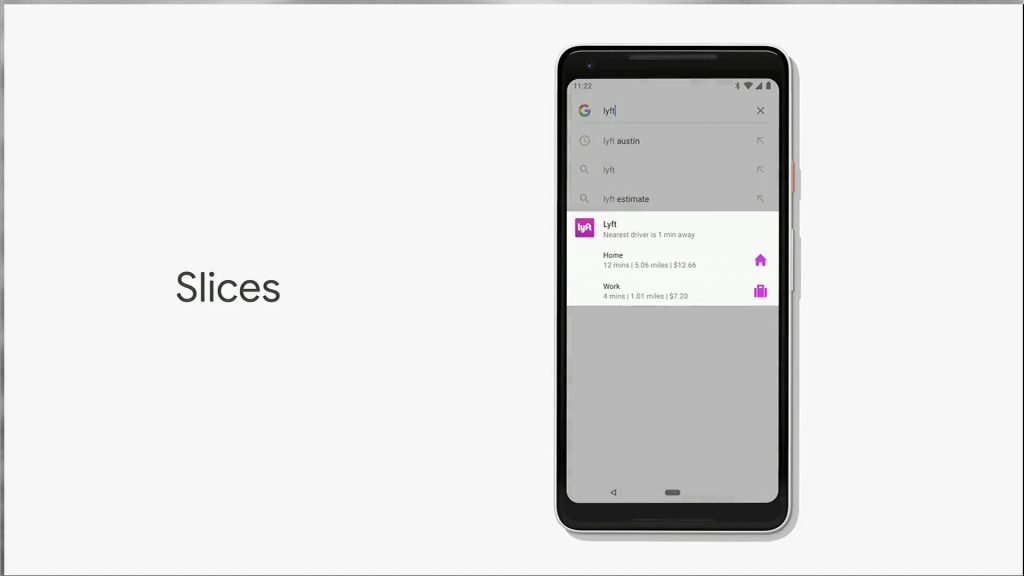 This is an effort to make the time you spend on your smartphone more productive and meaningful. A dashboard collects stats like how many times you unlock your phone, how much time you spend on particular apps, how many notifications you get, so that you can use this data to modify your behaviour.

Android can intervene on your behalf if you want it to. You can set specific timers to limit your usage of a particular app. When you use the app for the specified time limit, your phone will notify you and the app icon will go grey once the allotted time limit expires.

A feature called “wind down” can also be toggled in the dashboard, which turns on the Do Not Disturb and sets the screen to Monochrome.

Not all apps deserve the same amount of your time; Android is trying to make sure they do not use the same amount of battery as well. The Adaptive Battery feature on Android P decides which apps can use the battery power based on you recent app usage; apps that are rarely used get limited battery usage. Google claims that this reduces the CPU app wake-up by 30 percent thereby reducing the battery usage.

6.    Do Not Disturb Improvements

It has become much more aggressive at hiding notifications. The notifications do not show until you toggle the settings or turn Do Not Disturb Off.

A Shush feature on Android Pie will automatically turn on the Do Not Disturb mode when you keep your phone facing down. This means no calls, vibrations or notifications. You can maintain a list of starred contacts who can get through in case of an emergency. 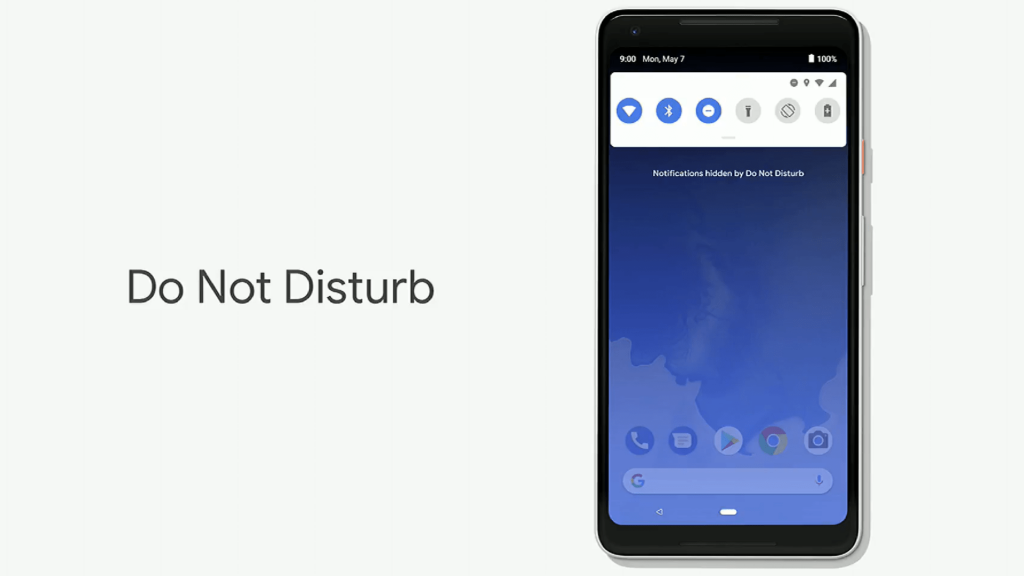 Android still maintains its lead in manageable, usable notifications. They have a cleaner layout and the notification panel has rounded corners now. 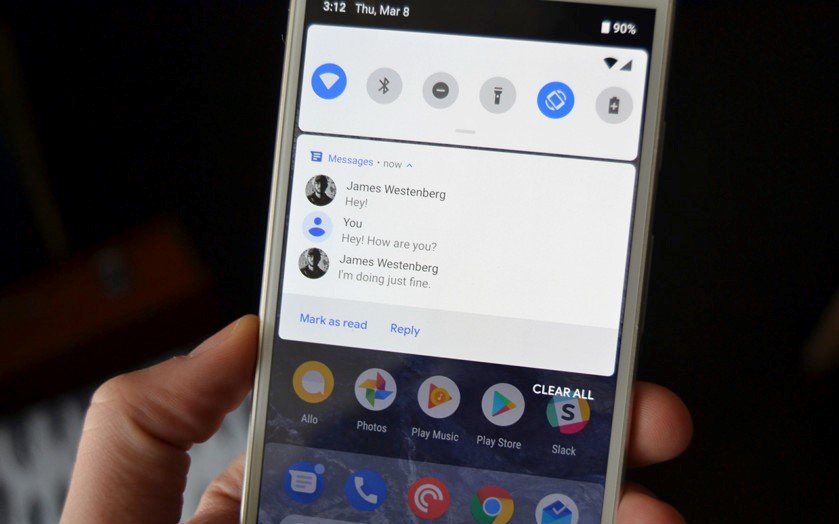 The display, like the battery, will also adjust to your usage overtime thanks to a new feature called Adaptive Brightness. It learns how you change your brightness levels according to ambient conditions over time. It then makes those adjustments to the brightness of the display itself; saving you form manually changing the brightness levels. 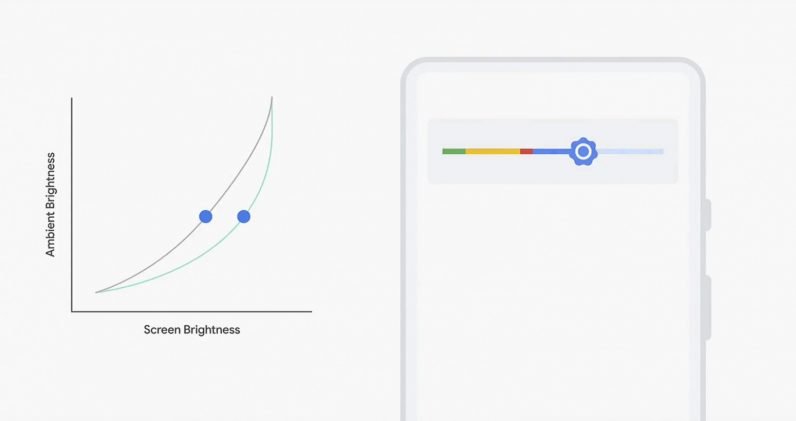 The Google search bar has moved to the bottom of the screen keeping in mind the move towards phone with expansive screens.

Android Pie adds an icon that pops up whenever you change the orientation of your phone, like while viewing an e-mail or a photo. You do not need to go into the settings menu every time you want to do that.

Android Pie finally adds a “screenshot mark-up” feature. Now you can crop it and draw in the screenshot before sharing it or saving it.

The Android P preview released in May could be installed on a variety of phones, like the Essential phone, Nokia 7 plus, Xperia XZ2, and Oneplus 6, in addition to phones from Oppo, Vivo, and Xiaomi, which are primarily available in Asia. It could be sign of better days ahead with more timely Android updates. Could this mean an end to Android Fragmentation, wherein only a few phones get the latest Android version of Android when it is released. These are early days to comment on the possibility but hopefully we will see faster updates to non-Google phones.