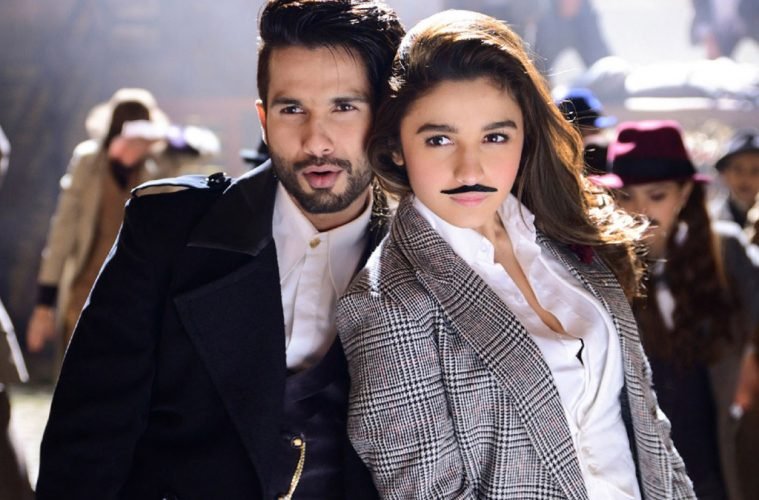 9 Bollywood Movies That Made Us Go “Kuch Bhi”

Hello and welcome to 2020. Yes, some people, about a couple of decades ago thought that we would have flying cars by now. Instead, we have millions of people uniting across the globe to like the picture of an egg on Instagram. Why, you ask? In order to defeat the record of “the most liked picture on Instagram” as set by Kylie Jenner’s picture of her daughter. And while the internet might just be the weirdest place on earth, Bollywood is not very much behind. Movies without logic or any kind of storyline are a common phenomenon.

So imagine the level of difficulty we went through in compiling this list of some of the most illogical movies ever made in Bollywood.

What do you do when you have three average actors who fail to create even the semblance of comedy with all their effort? Well, if you are Sajid Khan, you cast them in not double but triple roles. You then proceed to add suitable starlets to match and voila, you have a movie.[ You wish]. Do the math and you realise that three bad actors in triple roles is nine times the chaos and bad acting. Saif Ali Khan is the heir to a huge fortune, while Riteish Deshmukh is his best friend and over – all manager.

Enter Ram Kapoor, Saif’s evil uncle who wants to snatch all the property, and hence drugs Saif and Riteish to make them behave like dogs in a board meeting. The two are then sent to a mental asylum and are replaced by their second roles, who are patients of the same mental institution. Those two are then replaced by their third roles, whose only attempt at comedy seems to be talking in an effeminate manner. In a comedy that is only error, the movie makes as much sense as a babbling two year old. Sigh!.

A master thief decides to rob an entire train full of antiques, and involves an entire village, a movie star and his entourage. Tabrez Mirza Khan [Akshay Kumar] is a thief who is hired to rob antiques from a moving train. For the same, he devises an elaborate plan to pose as the director of an Oscar- winning movie, and ropes in actor Aatish Kumar [ Akshaye Khanna]. The movie is set in an Indian village, so as to allow the antiques to be stolen in the guise of film making. All is well and good. The movie plot is out of it that after a while you just go “whyyyyyy?”. 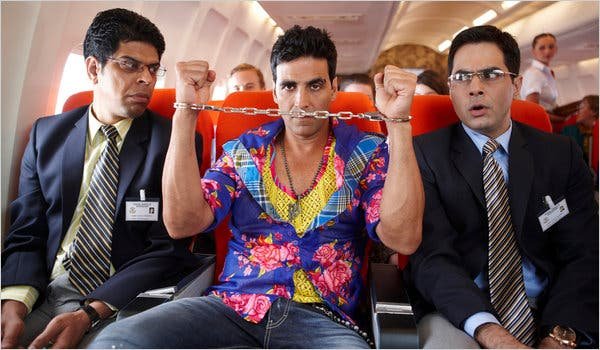 Let us just agree that Farah Khan should be kept far, far away from the Director’s chair. Charlie [Shah Rukh Khan] wants to avenge his father’s death, who was framed by businessman Charan Grover [Jackie Shroff] for stealing diamonds of immense value. Charlie decides to steal another set of diamonds [ which are under Grover’s safe keeping] from the Atlantis Hotel in Dubai and frame Grover for the same. The only way to do this, however, seems to be by participating in a world dance championship, along with a team that fails not just at acting but also dancing. Funnily enough, Charlie’s brilliant idea of smuggling diamonds from Dubai to India is by disguising the same as ice cubes in his drink.

We are not talking about the multiple Award winning, amazing Hollywood Joker movie. We are talking about another Farah Khan movie here. Infact, add her husband too, for this one. Akshay Kumar plays Agastya, a scientist based in America who is working on developing a system to communicate with extra terrestrial beings. He returns to his village, “Paglapur” along with his lady love [Sonakshi Sinha] to look after his ailing father. Paglapur, due to being on the border of two states, has never been demarcated on a map, and hence, receives no aid from the government.

Mr. Scientist decides to solve this problem by bringing the village into limelight, by creating not just false crop circles but even aliens. The stint works, and soon, media from all over the world, Nasa and other space agencies flock to Paglapur in order to find out more about the aliens. Interestingly, actual aliens do visit the village, and leave behind oil wells as a gesture. Bollywood-1, logic- 0. 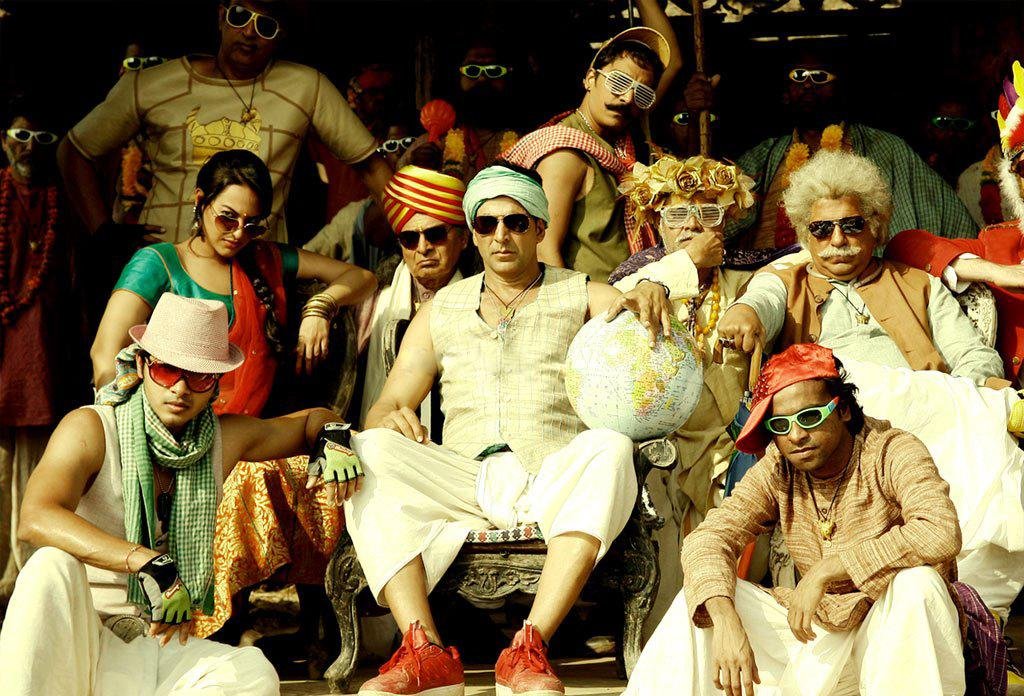 Apt title for the person who thought this movie was a story worth turning into celluloid. Ranbir Kapoor might have made a lot of mistakes, but Bombay Velvet and Besharam are two movies we refuse to forgive him for. Ranbir plays the character of an orphan with a golden heart, who falls in love with a snooty girl and decides to win her heart, in his own- tapori style. Of course, he also steals cars for money, and ends up unknowingly stealing the car of his own lady love. Oh, and did we mention? Rishi Kapoor and Neetu Kapoor play the role of corrupt police officers who are married to each other and later end up adopting Ranbir.

Anyone who as ever experienced the effects of a chemical drug, will tell you that they’ve felt that they could transgress the boundaries of dimensions and time. Drona was made by someone while they were on a chemical drug. So bad is the storyline that even Wikipedia draws a blank when you go to the “Plot” section of Drona’s wiki page. Aditya [Abhishek Bacchan] realises that he belongs to a warrior clan, and must help restore the balance in the universe by protecting the elixir “Amrit” from bad guy Riz Raizada [Kay Kay Menon.] Priyanka Chopra is Aditya’s body- guard and love interest. All characters are dressed like they picked their outfits randomly from a thrift shop.

The word “Shaandaar” means magnificent; the movie is anything but. Alia [Bhatt] an insomniac, is the adopted daughter of Bipin Kapoor [Pankaj Kapoor]. The only person to treat her with kindness, apart from Bipin is her elder sister, Isha [Sannah Kapoor]. Isha is set to marry a spoilt man- child who’s only distinguishing feature is his “eight pack abs”. Bipin tries to cure Alia’s insomnia by giving her dreams illustrated on paper, but keeps failing. Enter Jagjinder Joginder [Shahid Kapoor] another insomniac, who is planning Isha’s wedding. It so happens that when Alia and Jagjinder are together, their insomnia seems to cancel out, and both are able to fall asleep. Along with random messages of body positivity and very elaborate wedding set-ups, that’s all that the movie has to offer. The only way you’ll enjoy watching Shaandaar is if you’re munching on high power magic mushrooms.

Most of us know this one, more or less. Rich guy, Poor Guy and Rich Girl, add designer clothes, a love triangle, some low level gay jokes and subtract all logic. Add competitions where quizzes are won by chanting “Jai Mata Di”, being able to compete in ballroom dancing is considered essential for winning a scholarship to an Ivy League College, and a principle who cannot stop fantasizing about the sports teacher at his school. Do yourself a favour and skip this one. We have not even spoken about the gutsy work of the director to come out with a second part of this movie. 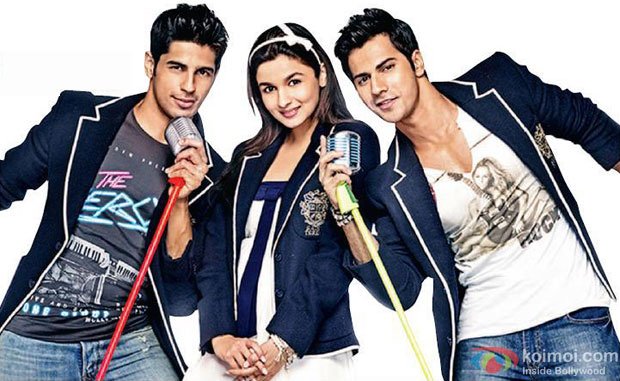 Remember how the first two races were about heists and plot twists? This one is only about Bhaijaan. Sorry, we’re not even going to attempt to throw any light on to this one. Shamsher Singh [ Anil Kapoor] lives in Al-Shifa, a private island from where he supplies arms, while Sikander Singh [Salman Khan] is his stepson, who is his deceased elder brother’s child. Sanjana [Daisy Shah] and Suraj [Saqib Saleem] are Sikander’s step siblings, and are furios when they get to know that their mother only left them a quarter each of her estte, leaving the other half to Sikander. They plan on killing him by turning his confidante, Yash [Bobby Deol] against him, by using Jessica [Jacqueline Fernandes] to turn them against each other. Easy enough? Okay then. Sanjana and Suraj are Sikandar’s own siblings, whereas Yash is Shamsher’s son. Shamsher killed his own brother and sister inlaw/ wife. Sikander knew this all along, but chose to keep up the pretence. Jessica is actually in love with Sikander . She is also an Interpol agent. Sikander can never be killed cuz he is bhaijaan. Phew.

Yes, we are sure there might be a few that we might have missed in this list. Sadly, if we were to make a list of all illogical movies made in Bollywood, it would take us at least a year. If, however, you do plan on watching these, please make sure that you are adequately intoxicated.