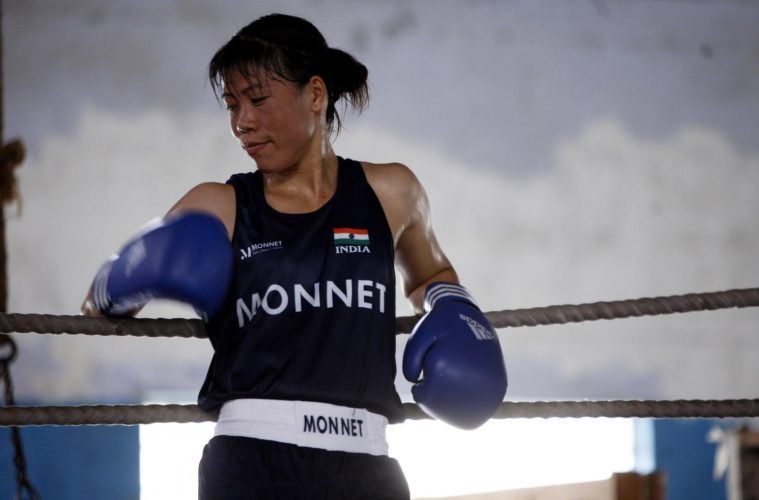 Since the turn of this century, India has seen quite a few individual medals at some global sporting events like The Olympics, Commonwealth Games and the Asian Games. Although, we are not yet at the level of US, China, Australia, Britain or Germany in terms of ruling the score board at any of these events. For a very long period in our sporting history, our only source of medals was the invincible hockey. Since the early 1980s, thanks to India’s win at the ICC World Cup and to the decline of hockey, cricket took over the baton as the popular sport. BCCI’s ruthlessness in providing a breeding ground for domestic cricketers attracted sponsors and advertisers alike. In 2008, launch of IPL to exploit the thrill and excitement of the shortest format proved instrumental in spiralling the sport’s popularity.

India hosting the Commonwealth Games in 2010 played a part in introducing a wide range of sports. Sporting heroes emerged from a sport other than Cricket. India’s showing at the Games didn’t hurt either. When the excitement of India’s World Cup triumph in 2011 faded away, cricket’s popularity seemed to take a hit as well. Sensing an opportunity, sporting leagues flourished in Kabaddi, Tennis, Badminton. Relatively unknown names and sports began making headway into the general population’s television sets. As India’s athletic prowess reached its peak, India’s showing at the Olympics (the pinnacle of sporting glory and legacy) improved.

Here are a few sportsperson who helped mark India’s presence at the international platforms and forced the public to take note. Some of these have single-handedly shouldered the responsibility of representing India among the world’s most elite sportsmen and women. 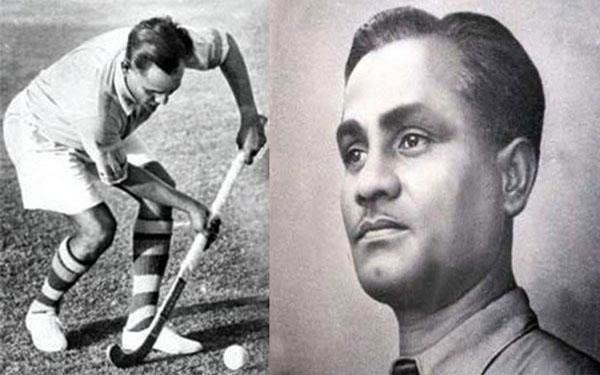 For the majority of us Dhyanchand and Hockey are possibly the only two nouns we can relate to one another. He was quite easily the greatest hockey player to have ever played the game. The ‘magician with a hockey stick’ scored over 400 goals over his career and won 3 consecutive Olympic Golds in 1928, 1932 and 1936. In an interesting anecdote describing his craft, Sir Don Bradman said this – “He scores goals like we score runs in cricket.” He was awarded Padma Bhushan in 1956. Dhyanchand’s birthday 29 August is celebrated as the National Sports Day of India.

No other player has dominated an entire sport’s legacy like Dhyanchand has. However, some other notable players include Dhanraj Pillai, Roop Singh etc. 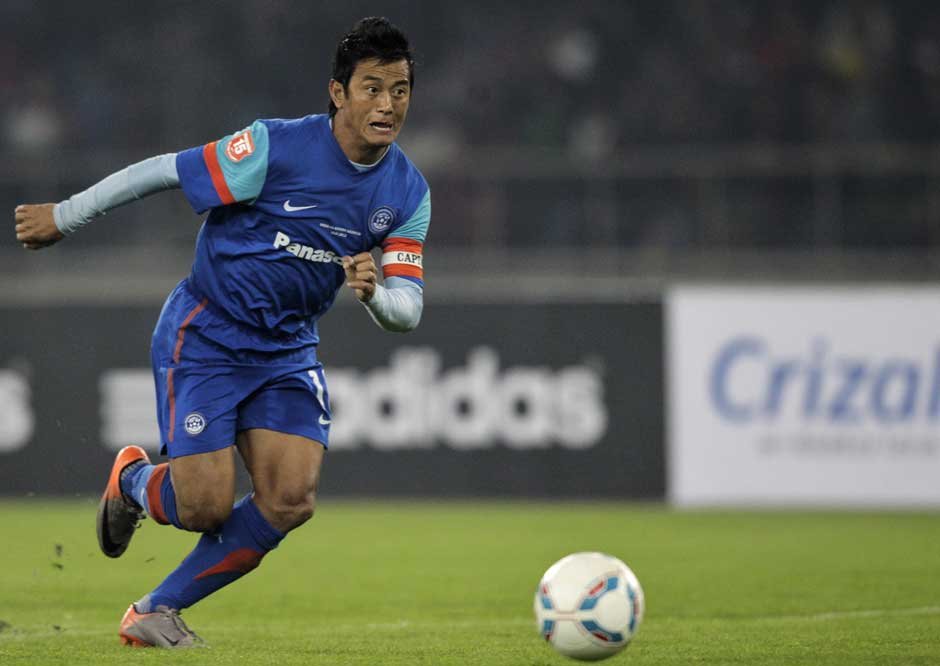 He is the most capped Indian footballer, only the second to have played professionally in Europe, Arjuna Awardee and Padma Shri. For the school and college kids playing in their lunch breaks and after school/college, he was the person they looked upto. He has inspired this generation of footballers to break into the Top 100 in FIFA rankings for the first time in India’s history.

Even though football (soccer) is played in over 200 countries and is the most popular and most followed sport in the world, it never had any foothold in India. It could not rise above when India was dominating hockey. After hockey, it has since been overshadowed by the popularity of cricket. However, Baichung Bhutia is a name every kid in India will be familiar with, even the most ardent of soccer hater/cricket lover. 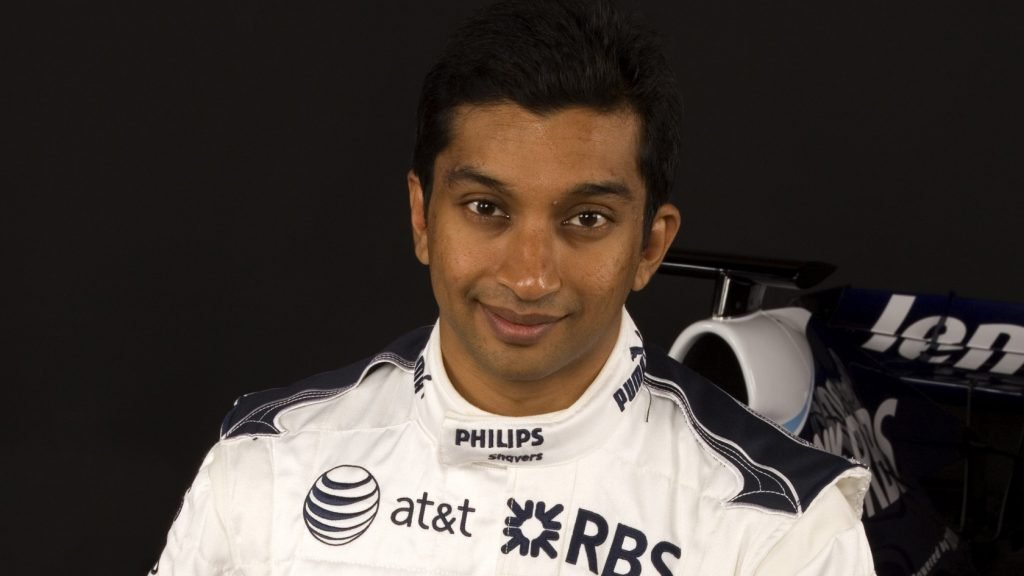 An Indian in a car going at over 300 kmph is not really an encouraging thought. However, Narain Kartikeyan changed that racing for Jordan in 2005. Just like fellow countrymen following some update on cricket, I had no clue F1 is a thing until then. Kartikeyan was a test driver for Williams F1 team for the next two years. Although he could only muster 5 points in his career at F1, he ignited a sparkling curiosity among those seeking adrenaline raising sports.

Following Kartikeyan, we had Karun Chandok representing Indian racing donning the colors for Hispania Racing in 2010. Force India team was formed in 2007 thanks to the now tainted Subrata Roy and Vijay Mallya. They have had a decent run in F1, securing a 4th position in 2016 and going strong this season as well.

Tennis is regarded as one of the more popular sports in India although it is limited to the elite few in urban areas. It has enjoyed considerable fan following. Leander Paes has made immense contribution to the sport. He is regarded as one of the all time greats in doubles and mixed-doubles. Leander has won a total of 18 Grand Slams (8 doubles, 10 mixed-doubles) including a Career Slam in both doubles and mixed-doubles. He is the only Indian player to win a Tennis Olympic medal (bronze in 1996, Atlanta).

Some other formidable names who made a mark in international tennis include Paes’s early doubles partner Mahesh Bhupathi, Sania Mirza. Mahesh Bhupathi is also the founder of International Premier Tennis League. Modelled on IPL, it follows franchise based tennis matchups and is one of the main attractions in India as far as tennis tournaments go. 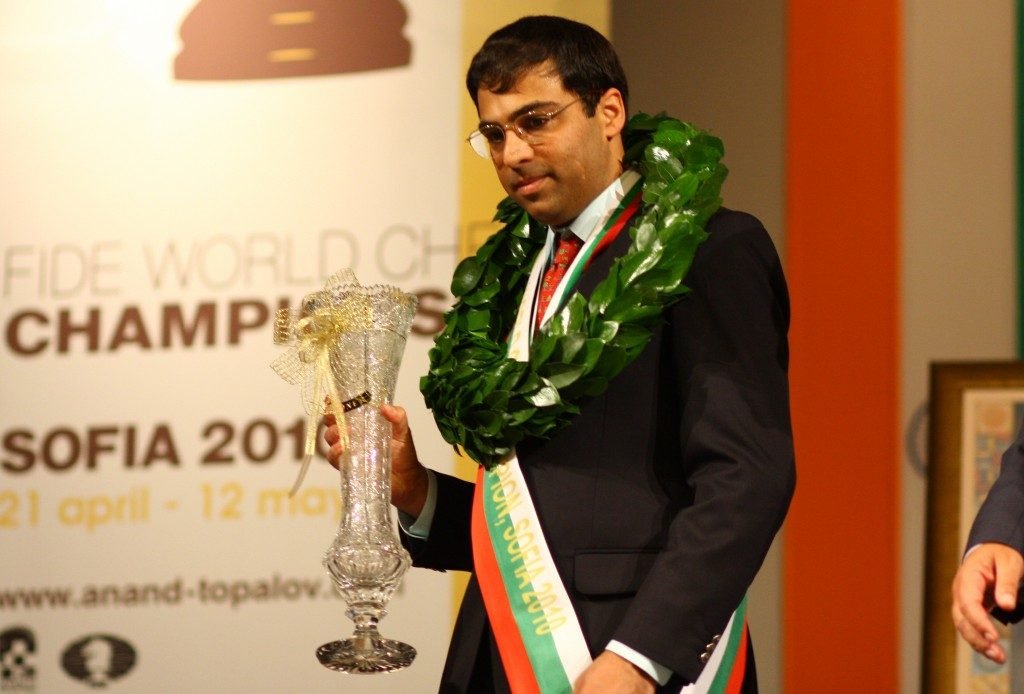 Chess originated in India. It’s then difficult to fathom that chess does not have a huge following here. Even though chess is among the most easily accessible international game ever, recounting a few of India’s chess players draws a blank. Only one name comes to mind along with his calm and emotionless face – Vishwanathan Anand.

He is one of the greatest chess players in the world. He held onto his No.1 ranking for a total of 21 months. Anand managed to establish himself as a formidable player in a game dominated by Russian Grand Masters. 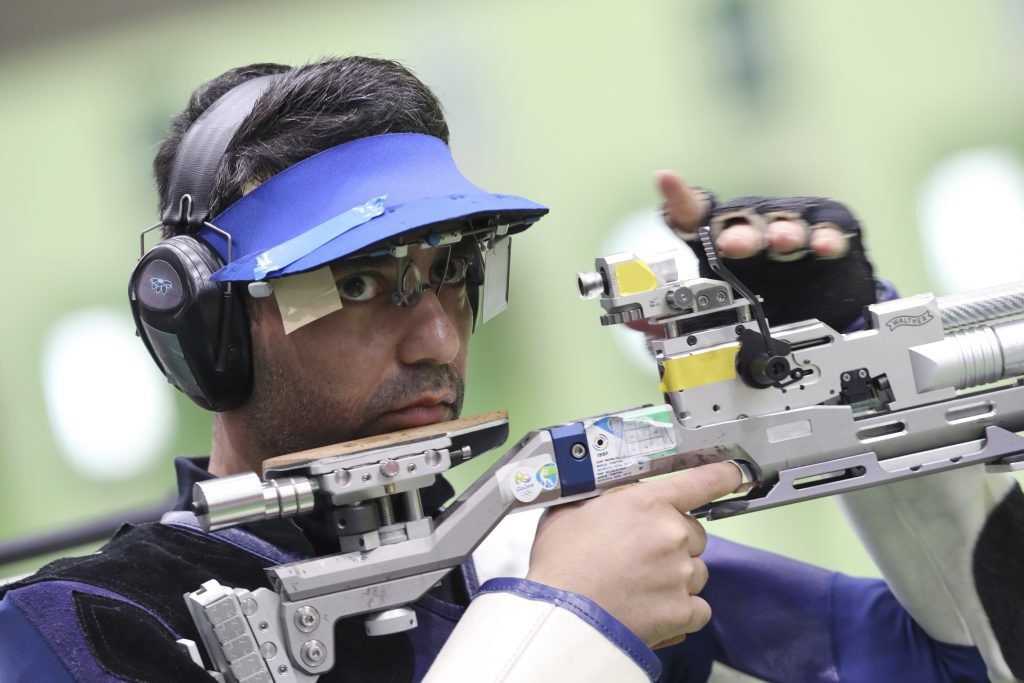 He won India’s first and only individual gold medal when he claimed the 10m air rifle title at the Beijing Olympics, 2008. He won 4 consecutive gold medals at the Commonwealth Games from 2002. Following his triumph at Beijing, he was awarded Padma Bhushan. Bindra came within sniffing distance at the Rio Olympics, 2016 but ended up finishing 4th.

Abhinav Bindra has been a strong advocate of children taking up sports of their choice as a career option. He announced his retirement in 2016 after the Rio Olympics. 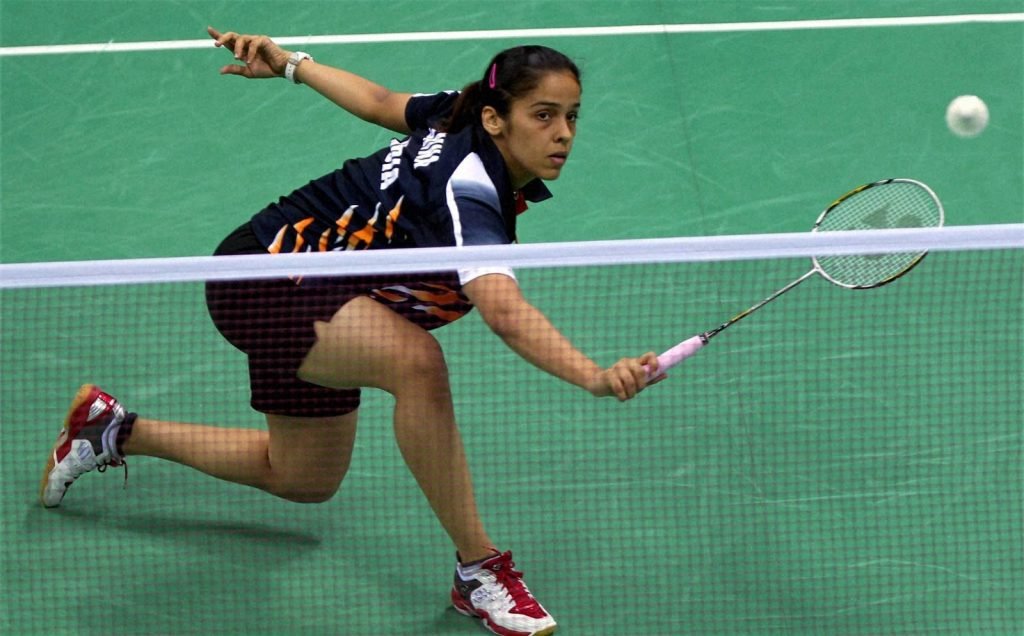 Badminton is an omnipresent sport in local community sports grounds, schools and colleges. But it didn’t enjoy a fan following or have a role model to look upto. Badminton’s popularity rose when Saina Nehwal claimed a Silver medal at the London Olympics, 2012. Setting a benchmark to look upto, she inspired other players. One of them, P.V. Sindhu won India another individual medal when she won a Silver at the Rio Olympics, 2016. The rising popularity of the sport gave rise to the Premier Badminton League, founded in 2013.

Before Saina, P Gopichand (Saina and P.V. Sindhu’s coach) had also made a mark at the international Badminton circuit winning the All England Open in 2001. 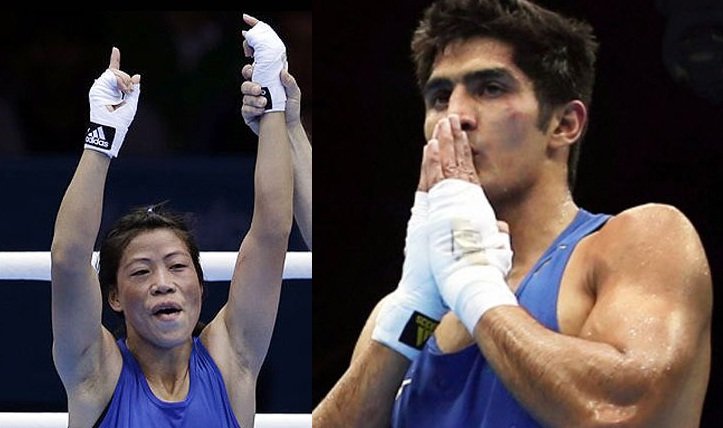 Just like most sports mentioned above, it took an Olympic medal to generate enough interest in this sport too. Vijender Singh took on the mantle, winning bronze in at Beijing, 2008. His bronze medal match attracted the countrymen to tune in their TV sets to the live broadcast. He made us root for an individual who was not a cricketer. Even after the Olympics, Vijender enjoyed quite a following.

Mary Kom however is the torchbearer of Indian boxing. She is the only Indian female boxer who qualified for the 2012 London Olympics and won a bronze medal. An inspiration to boxers in the country. She is also an Arjuna Awardee, Padma Bhushan and Padma Shri awardee as well.

Hopefully this is the beginning of other sports being recognised. Sportsperson all over the country persevere to represent the country at the highest level. Medals at the international level has given media houses enough incentives to cover other sports and sportsperson. The sudden influx of sports leagues will be a huge factor in giving youngsters a platform to test their strengths against the best in the field. It will also motivate them to work hard since they can now see their labour will be rewarded. And that sports is finally a viable career choice in our country.