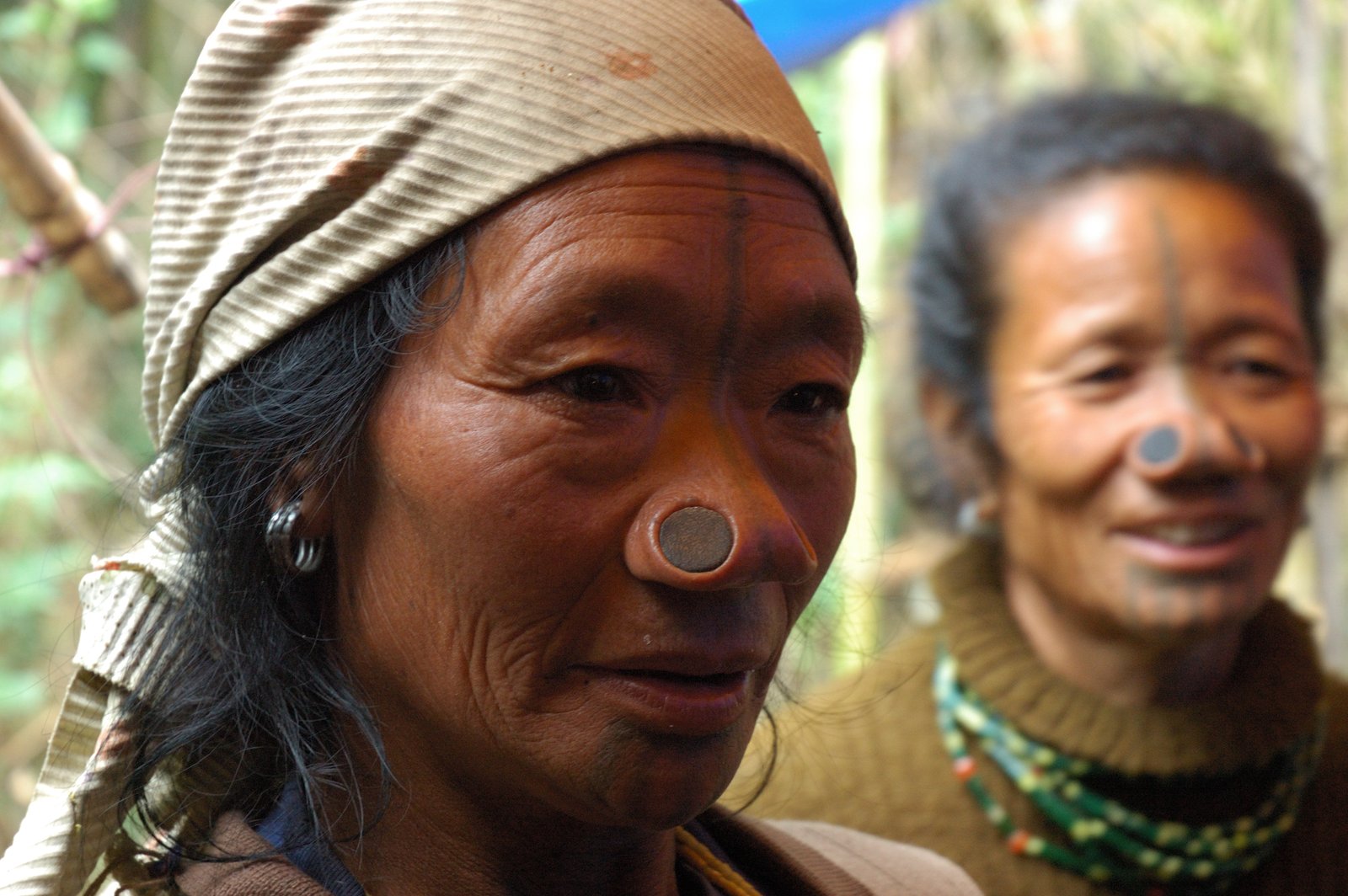 9 Lesser Known Tribes of India You Should Know About

Before launching into obscure details, let us first catch up on the fundamentals. Tribes, or ‘Adivasis’ are communities that are bound together in traditional society. These communities form a link together by social, economic or cultural beliefs or ties. India has an abundance of such communities, or we call them scheduled tribes. But there is a certain amount of intrigue around the tribal communities. The mystery isn’t without reason, too. Scholars and historians have studied these communities since long. They state that belief in spirits and withes have long occupied a central place in the adivasi cosmology and moral economy.

Many tribes have borne the brunt of socio-cultural displacement due to the capitalist penetration and colonial invasion. Amid these factors at work, there are a few not so popular tribes of India whose ideologies are worth knowing about. 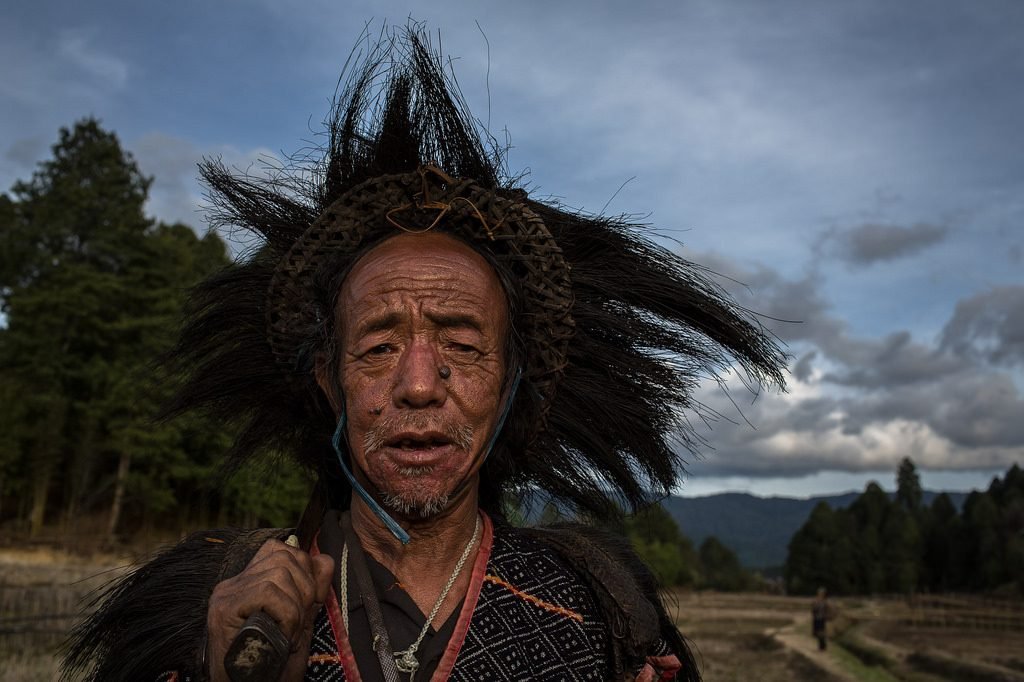 The Apatanis are a small tribe inhabiting a picturesque valley of Ziro in Arunachal Pradesh. In April 2014, Apatani Cultural Landscape was also added to the tentative list of UNESCO World Heritage Sites. It was for “extremely high productivity” and “unique” ways of preserving ecology. The part of their culinary tradition worth mentioning is the traditional homemade rice beer. This beer is served with special Apatani salt called Tapyo. The tribe embodies the spirit of living in harmony with nature.

Farming (mostly rice cultivation and pisciculture) is the primary occupation. It is seen as the primitive and environment-friendly means of livelihood. This tribe is an asset for the environment conservation movement today. With their traditional reverence for nature, customary laws governing utilization of forest resource and hunting practices. Utilization of land is a skill they can teach the world. How? There are separate areas for human settlement, wet rice cultivation, dry cultivation, community burial grounds, pine and bamboo gardens, private plantations and community forests. And they have kept this system alive since forever. 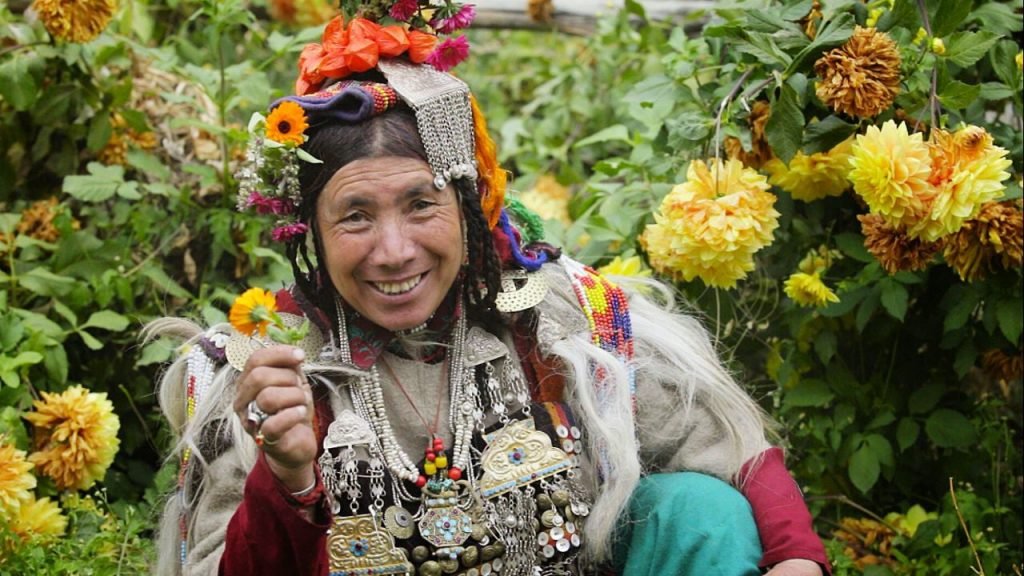 Brokpa are a community of Dard people. As per a popular belief, Dards are the descendants of Alexander’s soldiers, who came down to India in 327 BC. They inhabit the region near Leh-Ladakh in Jammu and Kashmir. They have around 2,000 members in three small villages of Ladakh – Dah-Hanu, Garkon and Darchiks. Brokpas are open about pre-marital sex, public display of affection, polyandry and polygamy. Dards find a mention in the Mahabharata and other Hindu scriptures. A fun trivia to make you feel outdated: they have been vegan for 5,000 years. They are traditional yak and sheep herders.

Even though Brokpa is the more popular name, they call themselves Minaro. One of their ingenious creations is the yak felt hat that keeps the rain from running into their faces. While this tribe calls themselves the original Aryans, they will make you feel like your contemporary times aren’t modern enough for them. Jaipur-based photographer and writer Shubham Mansingka learnt from his photography project there that legend says there were four brothers, of whom one settled in Gilgit (across the border from Pakistan), and the other three settled in these villages. It is claimed that they are the last of the pure Aryans, however they themselves do not know if they are Aryans or not. 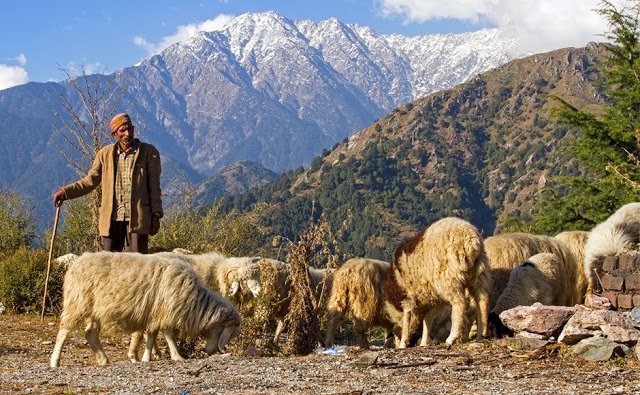 This tribe mainly inhabits Himachal Pradesh, and more precisely around Dhauladhar mountain range, Chamba, Bharmaur and Dharamshala. Shepherding is the main economic activity. Although they are not nomadic in the truest sense of the word, their lifestyle resembles that of a gypsy since they are constantly traveling to pastures for their flock.

The most significant peculiarity is their attire. The men wear chola, turban or safa and dora, while the women wear Launchiri, colorful dresses woven at home. Polygamy and child-marriages were rampant before but the instances have now gone down.  The heartbreaking fact is that alien cultural penetrations over a period of time have diluted their own cultural identity. However, they are said to be spread as far and wide as Uttar Pradesh, Delhi, Bihar and Rajasthan. 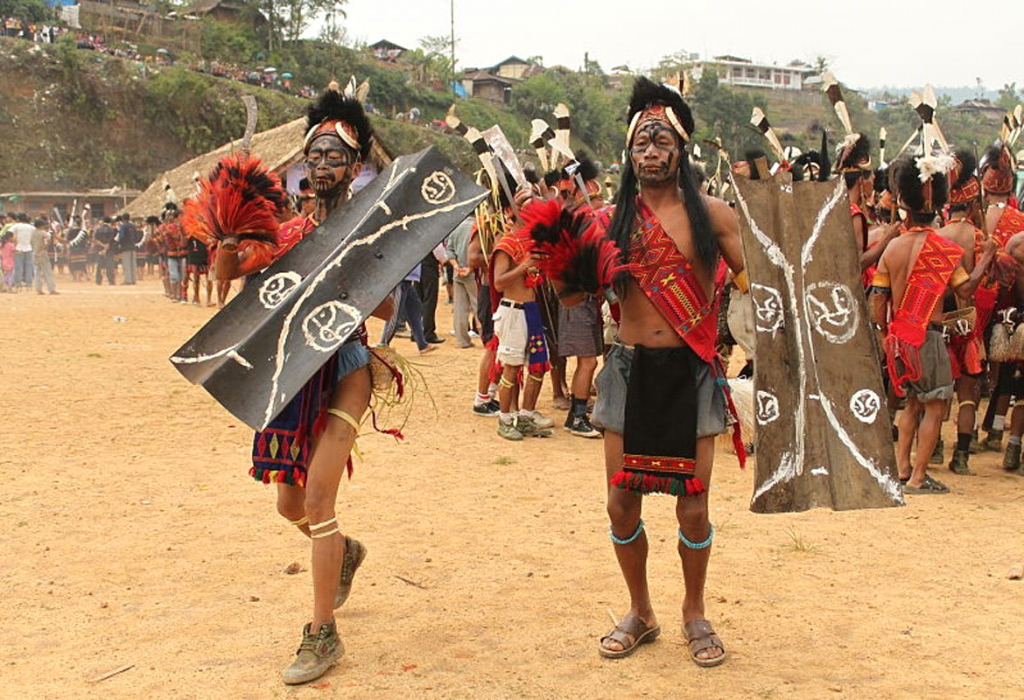 This Naga tribe notorious for their headhunting. They inhabit the Longwa village, bordering Myanmar. Their distinctive mark are their tattoos over faces and hands, which are apparently a mark of victory over the enemy. Let us take the ambiguity from the concept of ‘victory’. Victory to them meant headhunting. This iconic facial design custom is also however, receding into oblivion with the passage of time. The last reported headhunting took place in the 1970s. It was a fierce custom: the number of heads on the jewelry hinted at the number of people he had killed. The skulls of buffalos, deer, hornbills etc still adorn the walls of their houses. The abolition of headhunting has almost stolen the customs, identity and lifestyle from the tribe. The practice of polygamy is still prevalent. 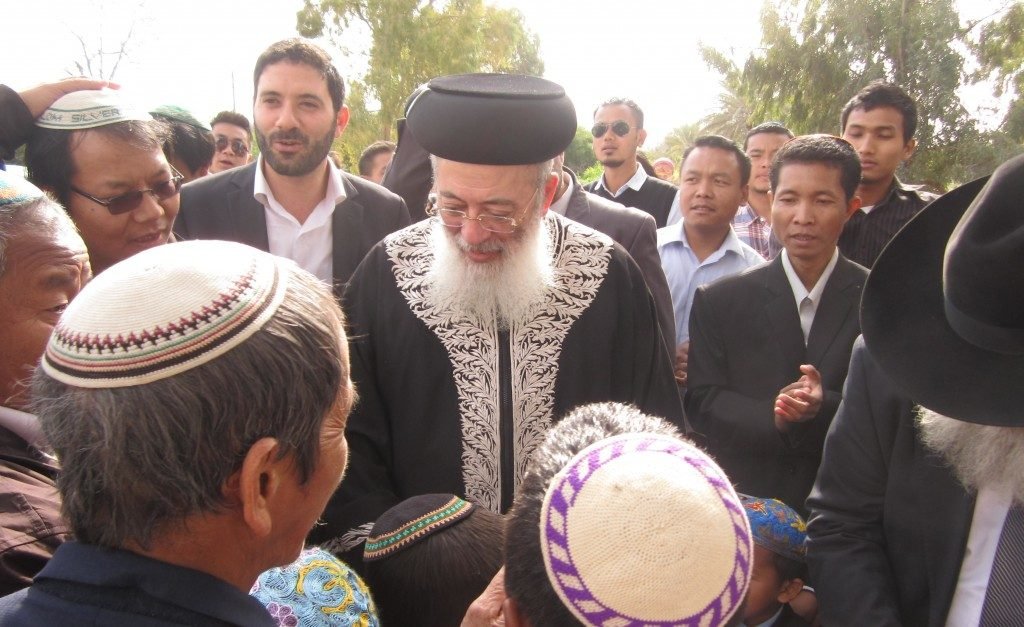 They Inhabit the hilly terrains of Manipur and Mizoram. This tribe recently made in news because 102 Indian Bnei Menashe reached Israel after 27 centuries of exile. Allegedly, they had come to India in search of shelter after being exiled from their motherland when Israel was conquered by the Neo-Assyrian Empire in 772 BC. They are also popular as “the lost tribe” or Manmaseh or Shinlung.

The Bnei Menashe trace their history of exile from the Northern Kingdom of Israel in 721 B.C. across the silk route finally ending up in India and Myanmar (Burma). Recently they rediscovered their roots and are returned to Judaism. The Bnei Menashe print their own prayer book (siddur) and make their own prayer shawls (talit). An Israeli nonprofit group called The Shavei Israel organization has helped hundreds of Jews in moving to Israel over the past few years. 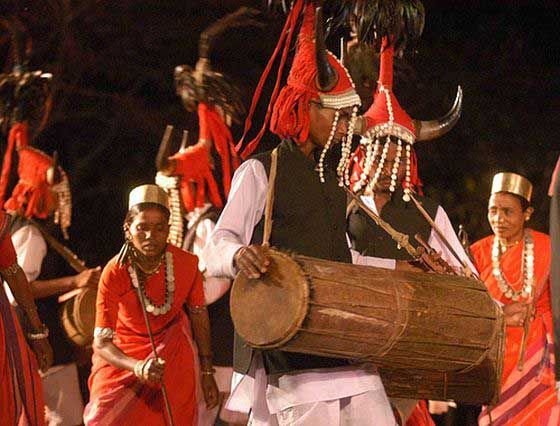 They identify themselves by the name of Karakh, after the name of their hero-king and inhabit the Chota Nagpur Plateau. Their unfaltering belief in the supernatural is deep-rooted. An Ojiha or mati is specially called to cure diseases by appeasing evil spirits. Yet, they have adapted themselves to the outside world. They work as cultivators and as wage labourers and industrial workers. They speak languages such as Kurukh, Sadri and Hindi which are from the Dravidian family of languages. Their staple cereal is rice and they supplement it with maize, wheat, Madua and Gondli. Both men and women consume alcohol, and they also prepare rice beer at home. 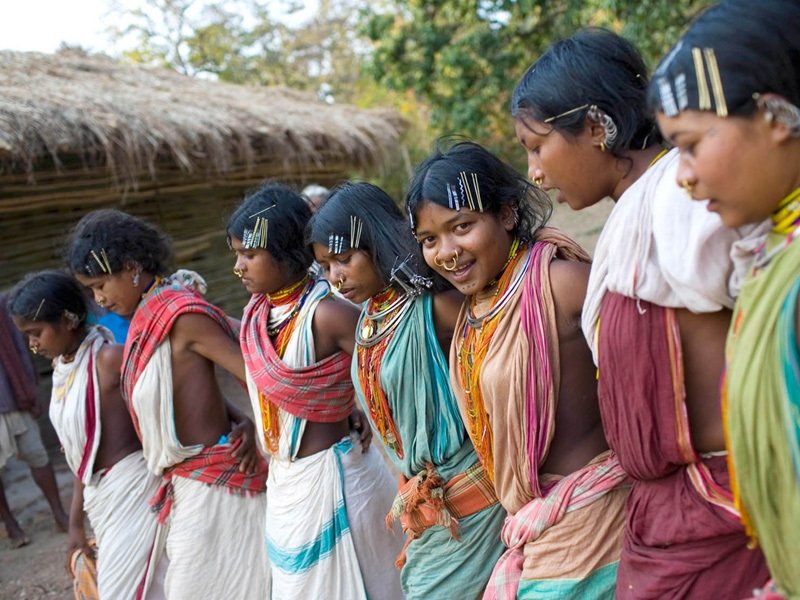 The warrior tribe of Jharkhand, Ho is the sister tribe of the Munda tribe. They speak in Hō-kājī, i.e. the language of the Hos. They also have their own script to read and write the Ho language called warang-kshiti or varang kshiti. The majority of the Ho are animists (believe that non-human objects have spirits). They worship clan gods such as a snake or monkey. They also believe in spirits and approach them through witchcraft or trances.

However, the Ho consider themselves to be a separate tribe and not part of the Hindu caste system. They eat meat and drink rice beer. You will also find them in Singbhum district of Bihar, the mayurbhanj district of Orissa, and in parts of West Bengal, Bangladesh and Nepal. Meanwhile, the pursuits of hunting have declined in favors of settled agriculture and livestock rising. 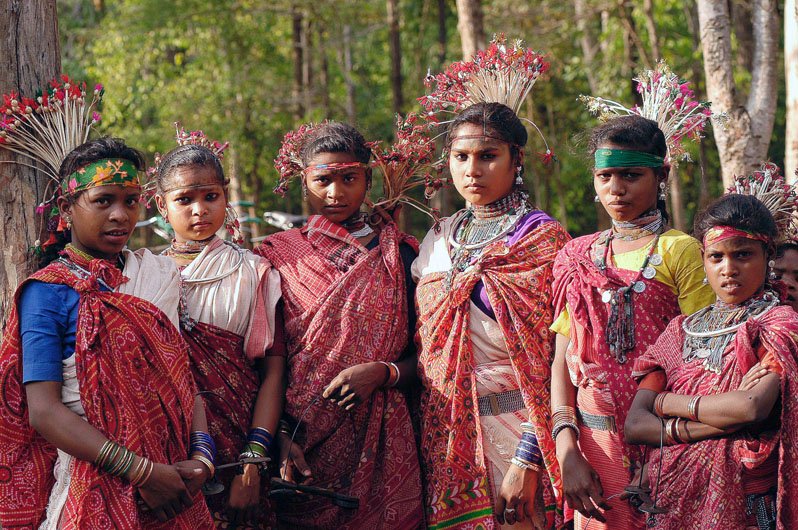 One of the largest tea tribes in India, they are mainly concentrated in Jharkhand. They are also found in Orissa and West  Bengal. Their customs sound very much like ours in the contemporary times. For example, the traditional dress of Kharia people includes dhoti for men and saree for women. According to anthropologists, the whole of the Kharia tribal society are segregated into 3 broad segments, each having different occupation. These are namely the Dudh,  Dhelki and Hill Kharia. They call their religious head Pahan. The Kharia tribes revere the Giring or Bero, the Burha Burhi or Marsi Masan. Worshiping of spirits is also prevalent among the Kharia tribes. Agriculture is the main form of livelihood. But the Kharia also exercise fishing, hunting as well as animal husbandry as supplementary occupations. 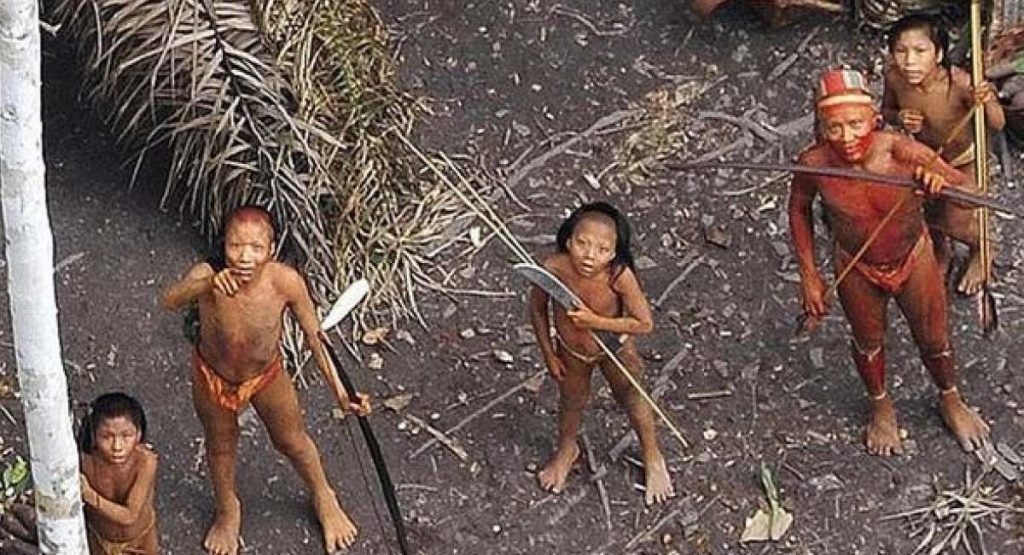 Sentinelese of the Andamans could give us a lesson or two on privacy. This tribe makes sure any attempt to reach them is thwarted with a shower of javelines, arrows, inflicting injuries and even death. They have been widely famous as the most isolated tribe of the world. In 2006, two illegal fisherman were killed by the Sentinelese for drawing too close to their shores. Even the rescue team during the 2004 tsunami was attacked.

The result is that the Indian government has banned the place for visitors. Since they are the most isolated tribe in the world, they are often said to be living in the Stone Age. And not without reason. These people, in fact, make weapons and instruments out of rocks and metals they find around. In 1879, a colonial officer kidnapped an elderly couple and a few kids. But they could not adapt to the outside world. They fell sick and he had to send them back. The current policy of the Indian government is to leave the islanders alone.

So here you are. While the rest of the world is figuring out if there are any Aliens in the space outside, we apparently do not know enough about the humans that co-inhabit our space.